Y’all know I love pizza so you can imagine how excited I was when a new pizza place opened up in the West Loop a couple months ago.  I walked by Parlor Pizza Bar as it was being developed several times and eagerly waited in anticipation for its opening. 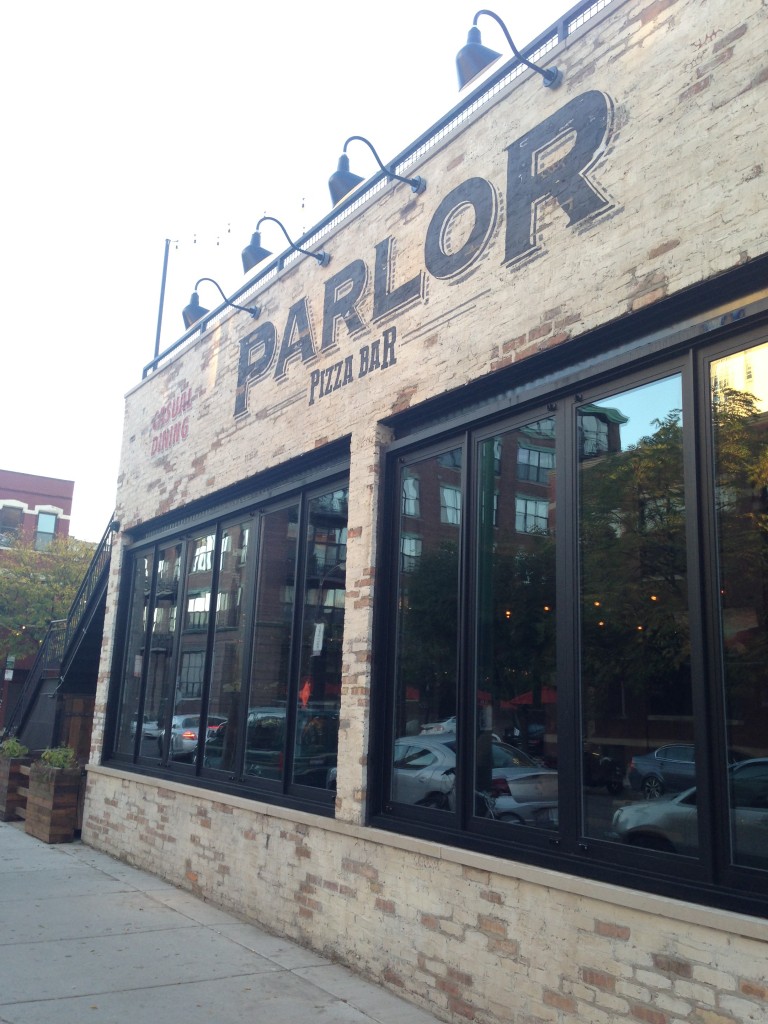 I met up with some friends after work on a weeknight for dinner and we were able to sit outside on their huge outdoor patio.  They also have a rooftop which sadly was closed the night we went. 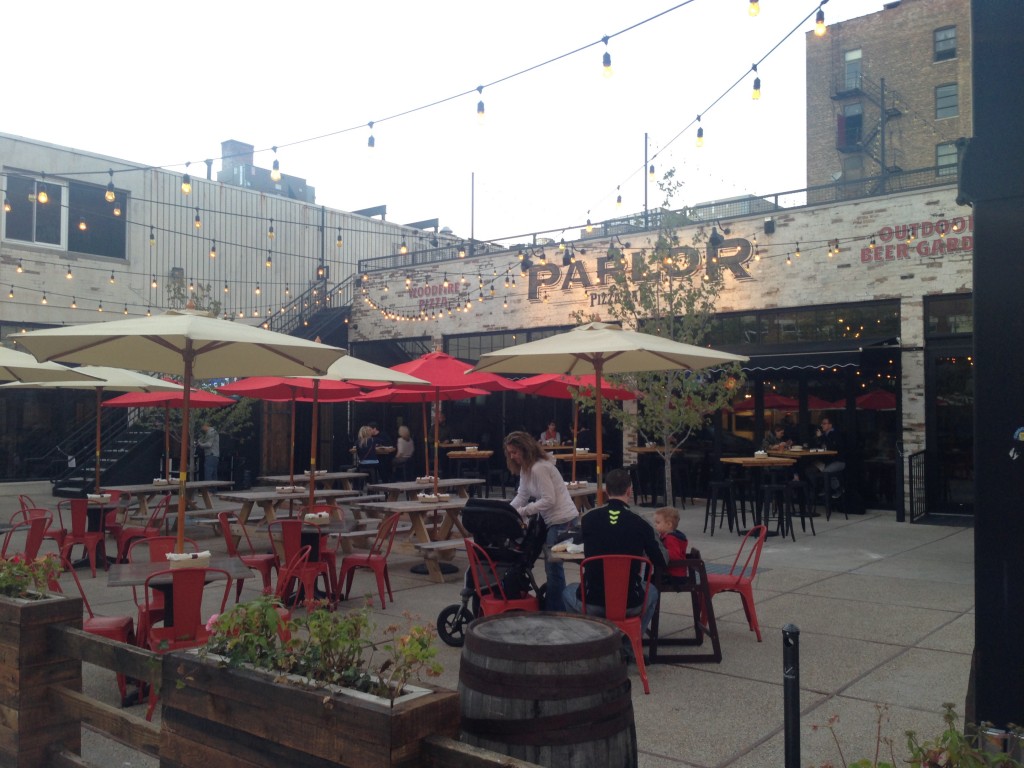 We were pretty hungry so we decided to start our meal with a couple of their appetizers.  We ordered the Fried Calamari which was served with a Sport Pepper Marinara and Chipotle Chimichurri sauce.  The calamari and both sauces were very good but definitely on the spicy side so if you can’t handle a little heat, I would probably not order this dish. 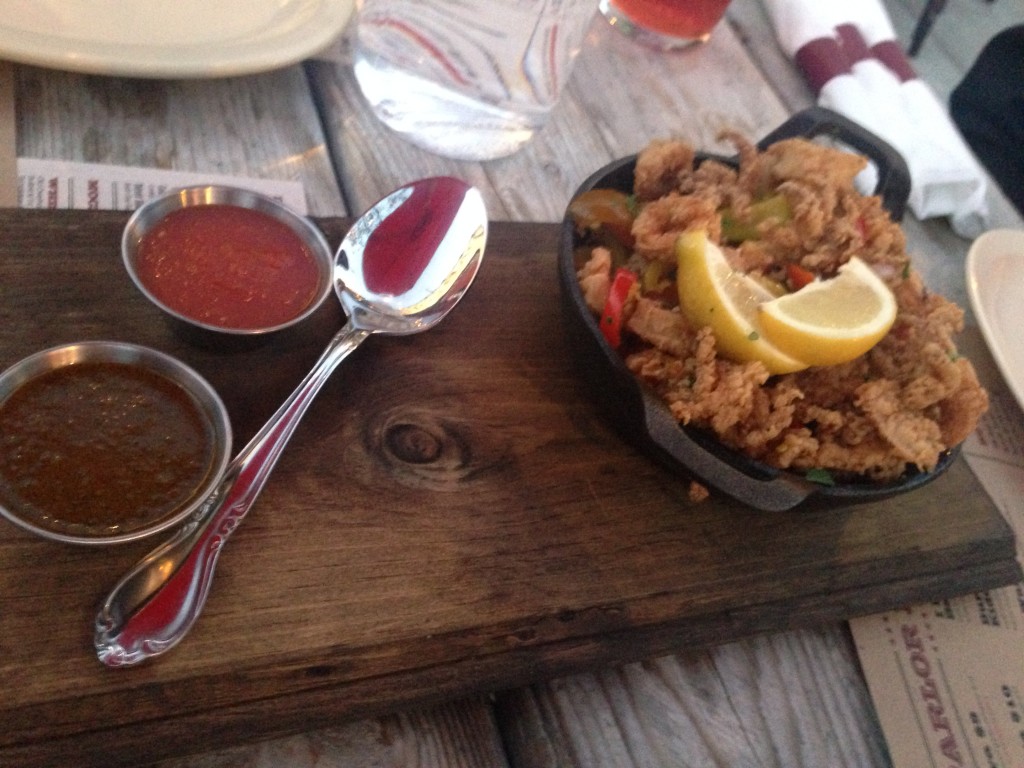 We also tried the Kale and Artichoke Dip which had tons of flavor but was extremely rich!  There was a lot of cheese in this dish and was a little too heavy for my taste.  I could only eat a couple of bites. 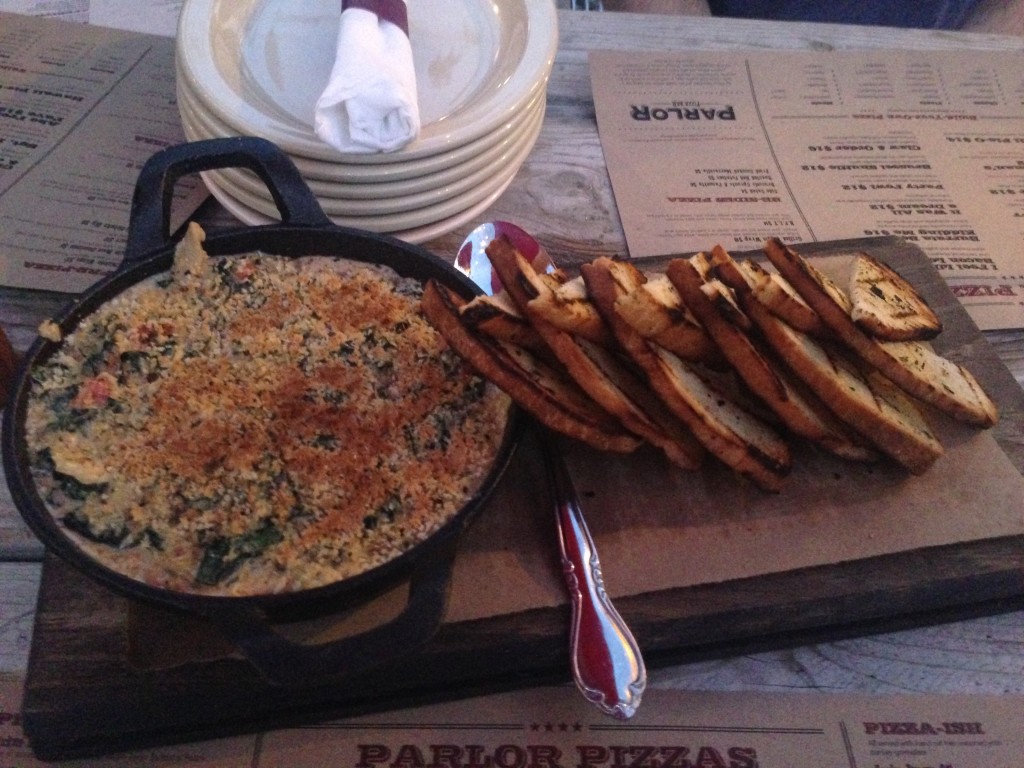 For our pizzas, we tried a few different ones off of their menu.  We each ended up ordering our own so we could take home leftovers for lunch the next day but these could easily be shared.  I ordered the Margherita pizza which was good but nothing to write home about.  Their pizzas are cooked in a wood-fired oven which are usually my favorite, but this crust was pretty tough to bite through and a little thicker than I prefer.

One of my friends ordered the Brussel Shuffle for her pizza choice which was topped with lemon zest, fresh mozzarella, garlic, brussels sprouts, sliced pancetta, and parmesan.  Sounds delicious right?  Sadly she was also a little underwhelmed with her choice. 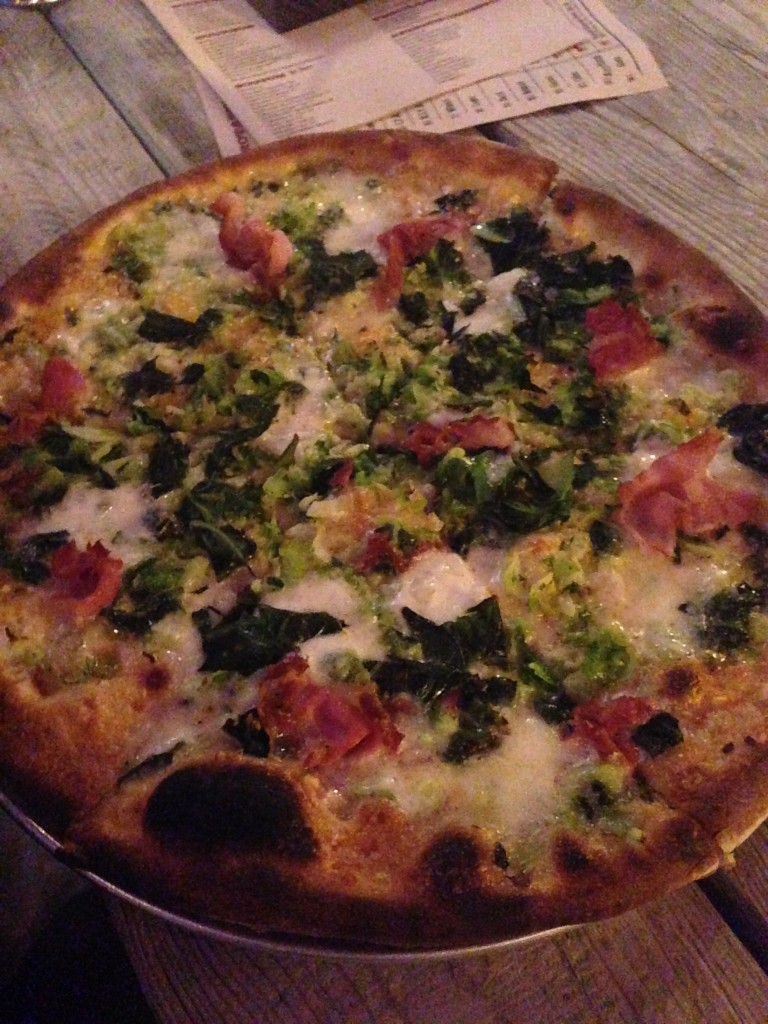 My other friends ended up creating their own pizzas which is a nice addition to the menu if you don’t see any of their signature pizzas you like. 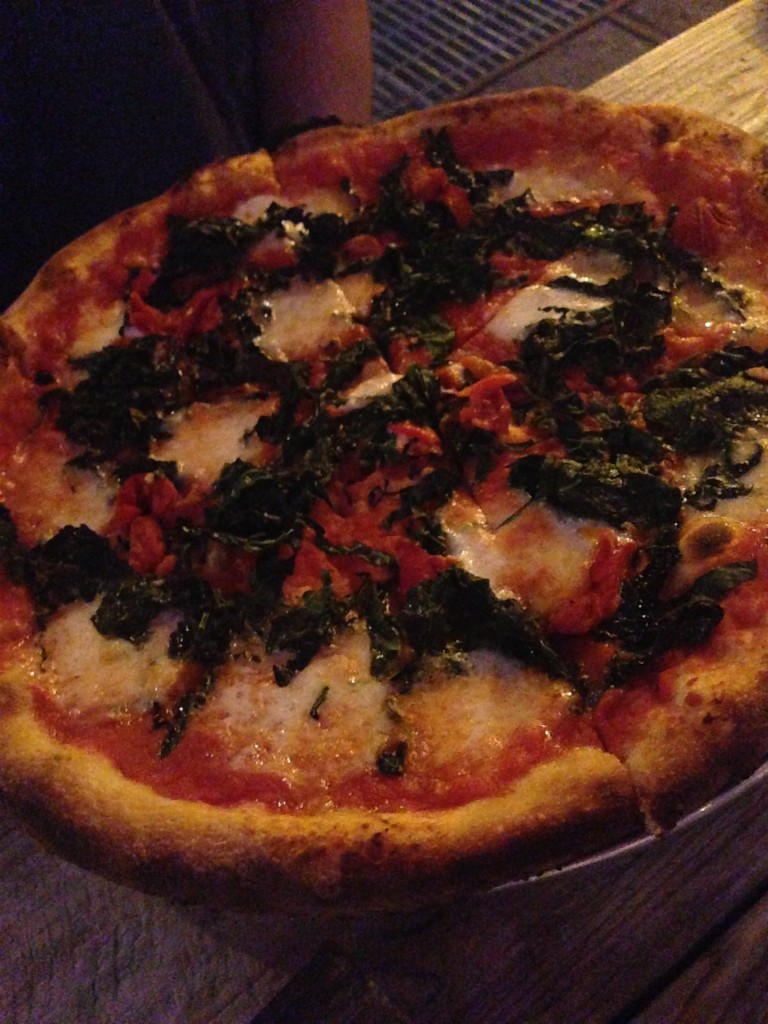 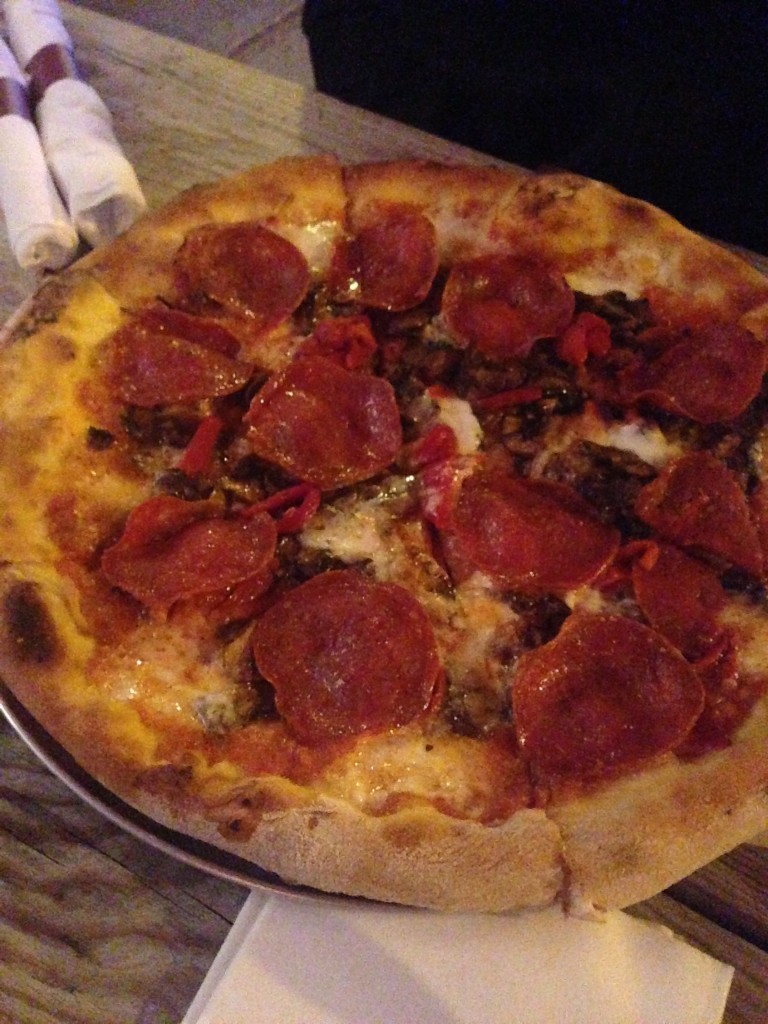 Overall I was disappointed in the pizza at Parlor especially knowing this would be a great spot to watch a game inside at the bar or enjoy a summer night on the patio.  My recommendation would be to follow your nose next door and enjoy the delicious BBQ at Green Street Smoked Meats instead.  Also, there is another new pizza place that opened right across the street in Chicago’s new Soho House called Pizza East that I would love to try.