One of the most popular brunch spots in Chicago would have to be Logan Square’s Lula Cafe.  You can always expect to see a crowd of people happily waiting for brunch on the weekend.   When Chef and Owner, Jason Hammel, opened his second restaurant, Nightwood, it came as no surprise that it quickly became just as popular among Chicago locals. 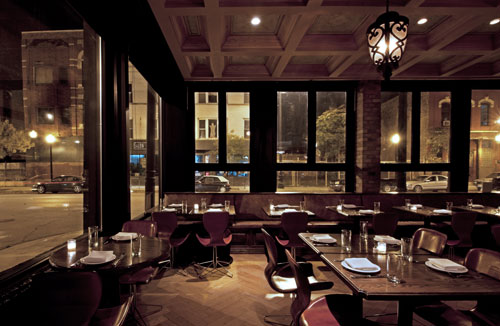 Nightwood is one of the first non-Latin inspired restaurants to emerge in the Pilsen neighborhood known for its plethora of Mexican dining options.  Their menu is always changing based on what’s in season, but you can always count on their menu to offer a selection of house made donuts for starters. 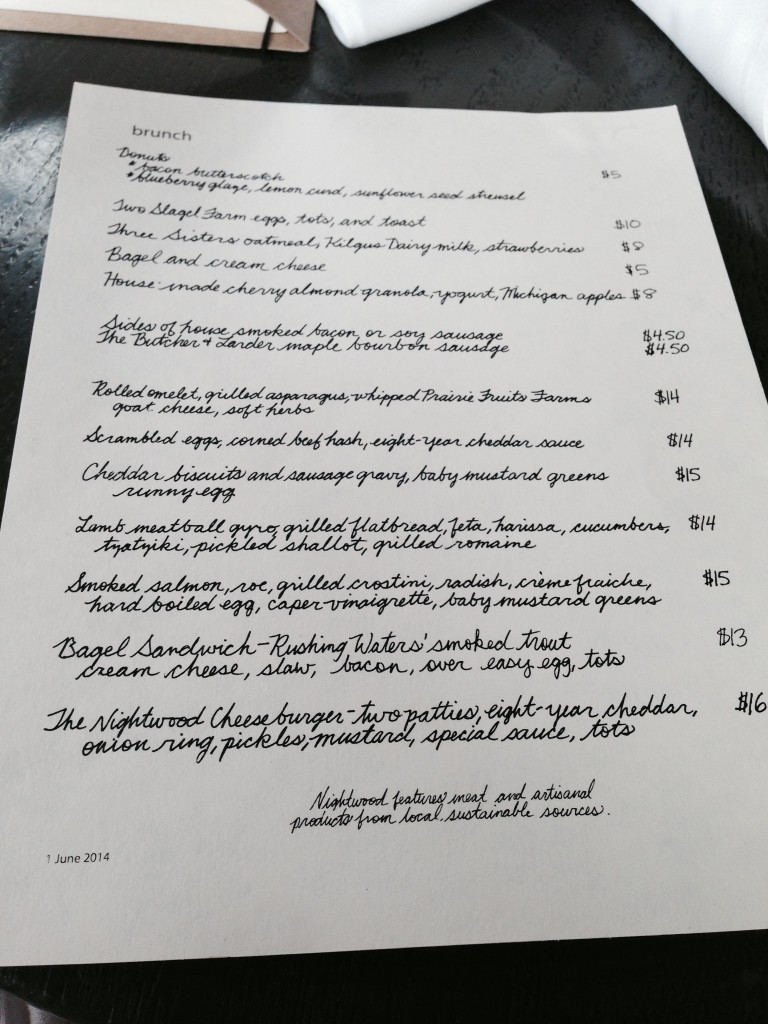 Last summer Kevin and I visited Nightwood for the first time for Sunday brunch.  Kevin of course started his meal with a Bloody Mary which he thought was great.

For his meal, he ordered the Scrambled Eggs, Corned Beef Hash, and Eight-Year Cheddar Sauce at the recommendation of our waiter.  He really enjoyed the hash and thought the cheddar sauce was a nice twist to a normal corned beef hash.  The dish also came with the cutest hash brown fritters which were delicious! 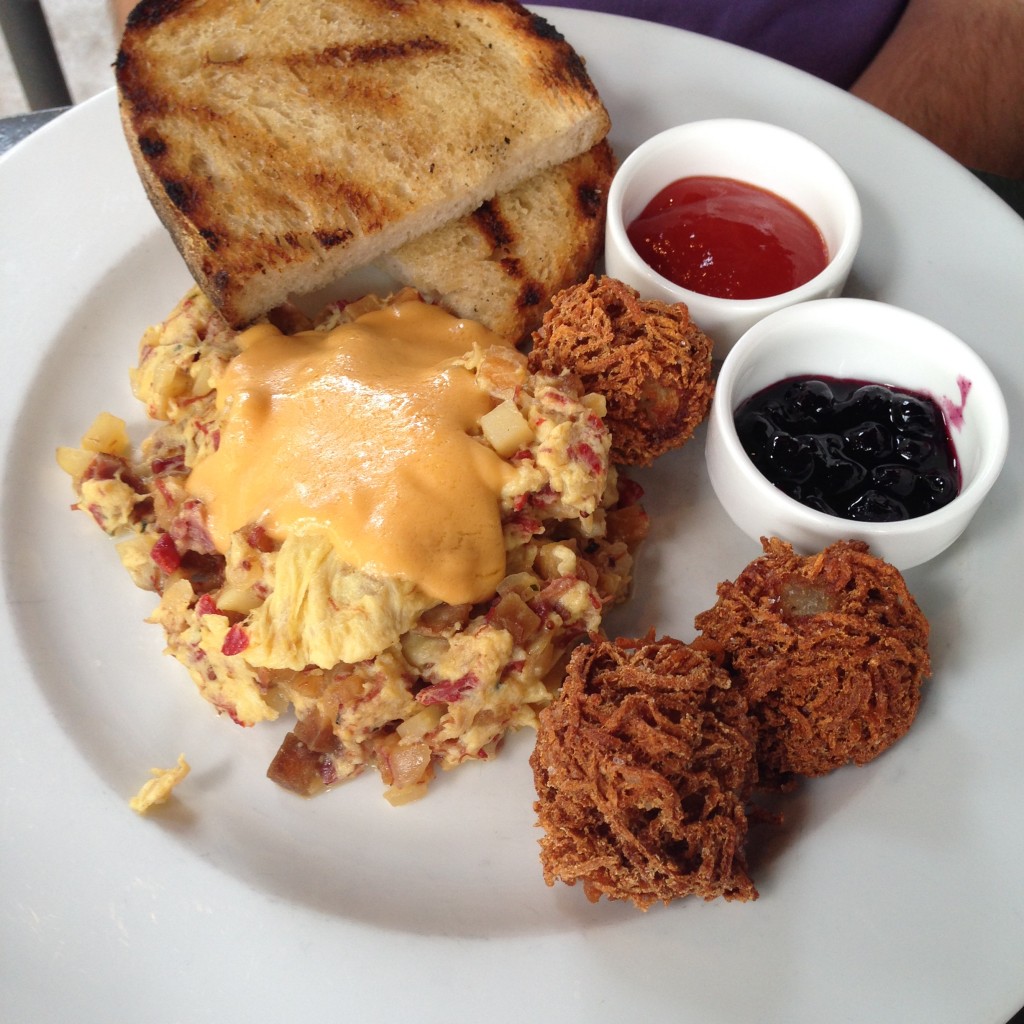 Kevin also ordered a side of their House Smoked Bacon which was the perfect combination of smoky and sweet. 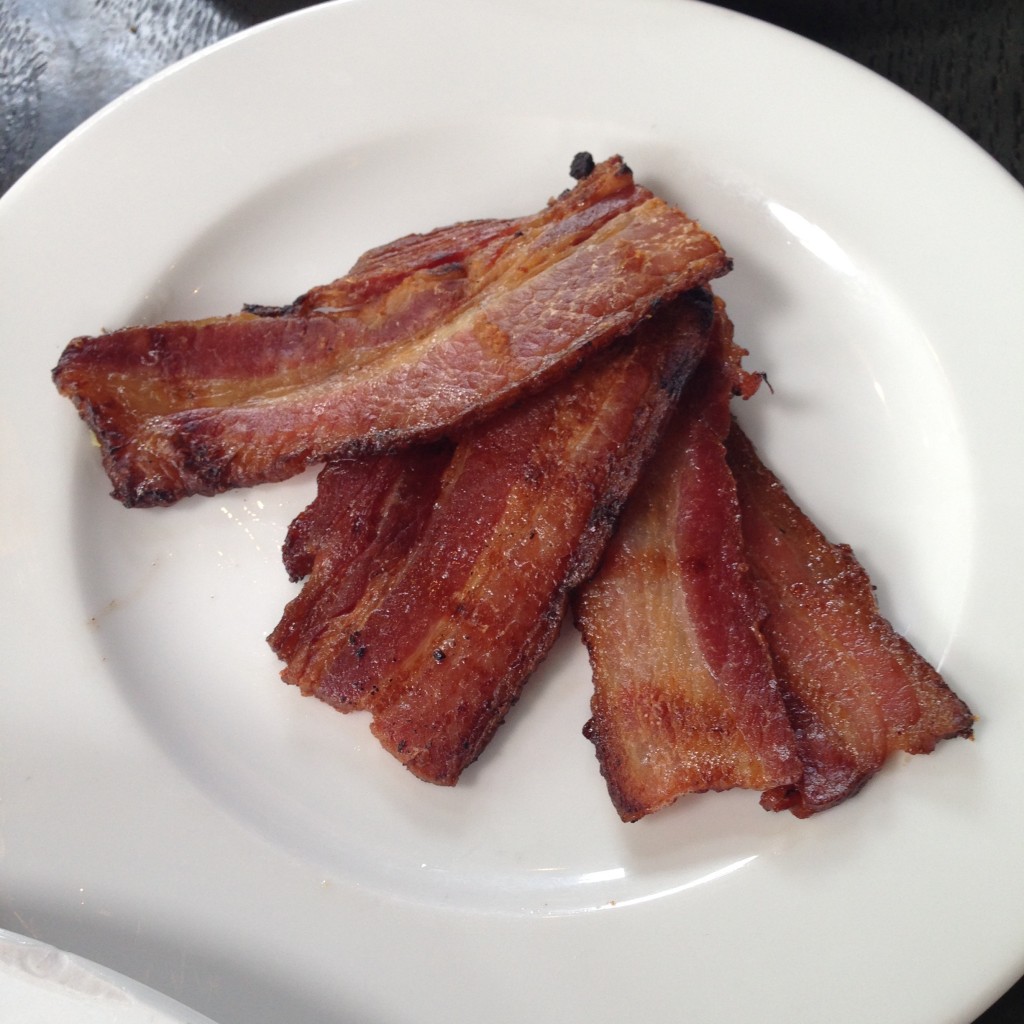 I opted for a dish that immediately caught my eye on the menu.  A little heavier dish than I normally go for, the Cheddar Biscuits and Sausage Gravy with Baby Mustard Greens and Runny Egg was worth every calorie consumed.  The cheddar biscuits had tons of flavor and paired perfectly with the smoky sausage gravy. 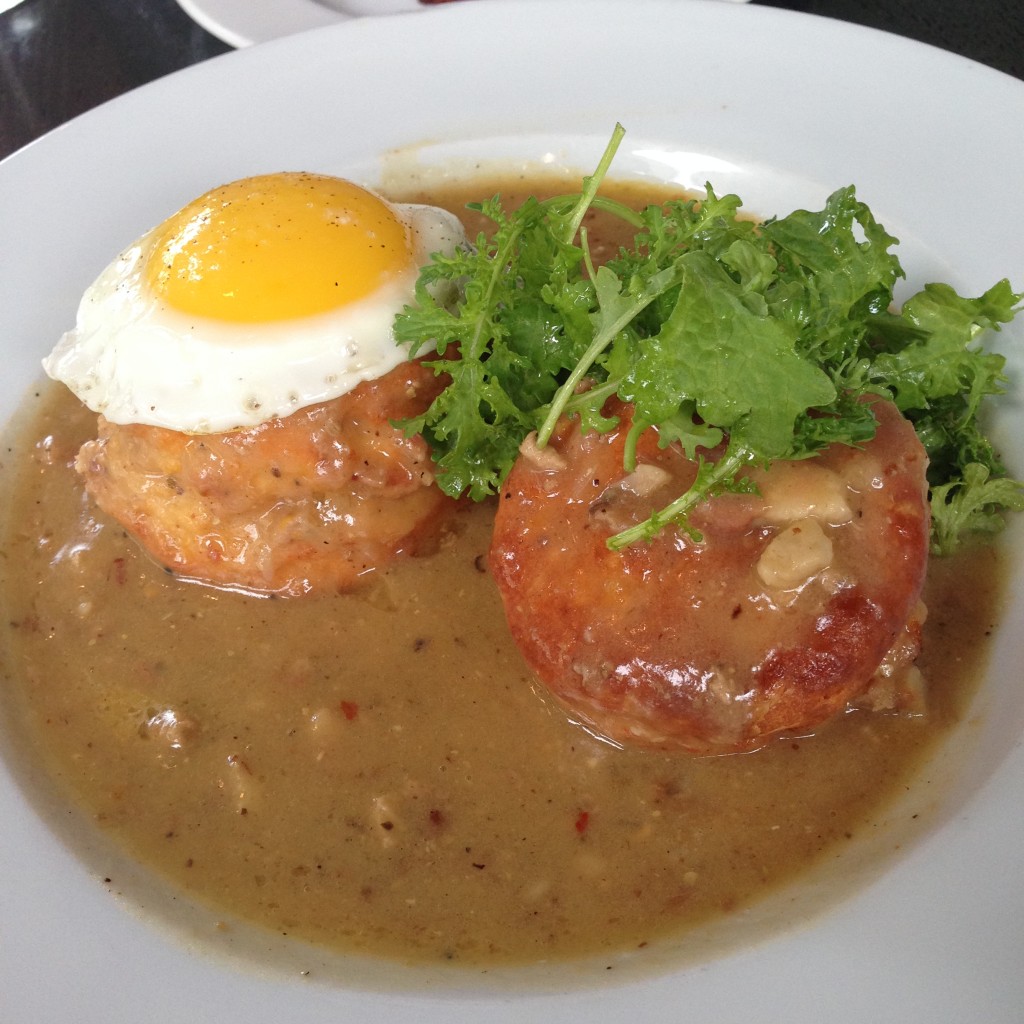 One other menu item that you will always find for both brunch and dinner is their famous Nightwood Cheeseburger which comes with two patties, 8-year cheddar, onion ring, pickles, mustard, and special sauce.  This is known by many as one of the best burgers in Chicago and is definitely on my list of ones to try. 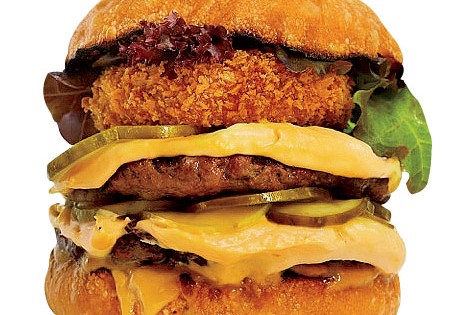 Next time you are looking for a dinner or brunch spot with friends head south to Pilsen and pull up a chair at Nightwood.