Since making the decision to eat a mostly gluten free diet (I still splurge on the weekends), the one thing I thought I was going to miss the most is pizza.  Lucky for me a lot of pizza places are now serving gluten free crust options.  I have tried a few different places here in Chicago and have rounded up a list of some of my favorites so far.  Whether you eat gluten free or not, these are all definitely worth a try. 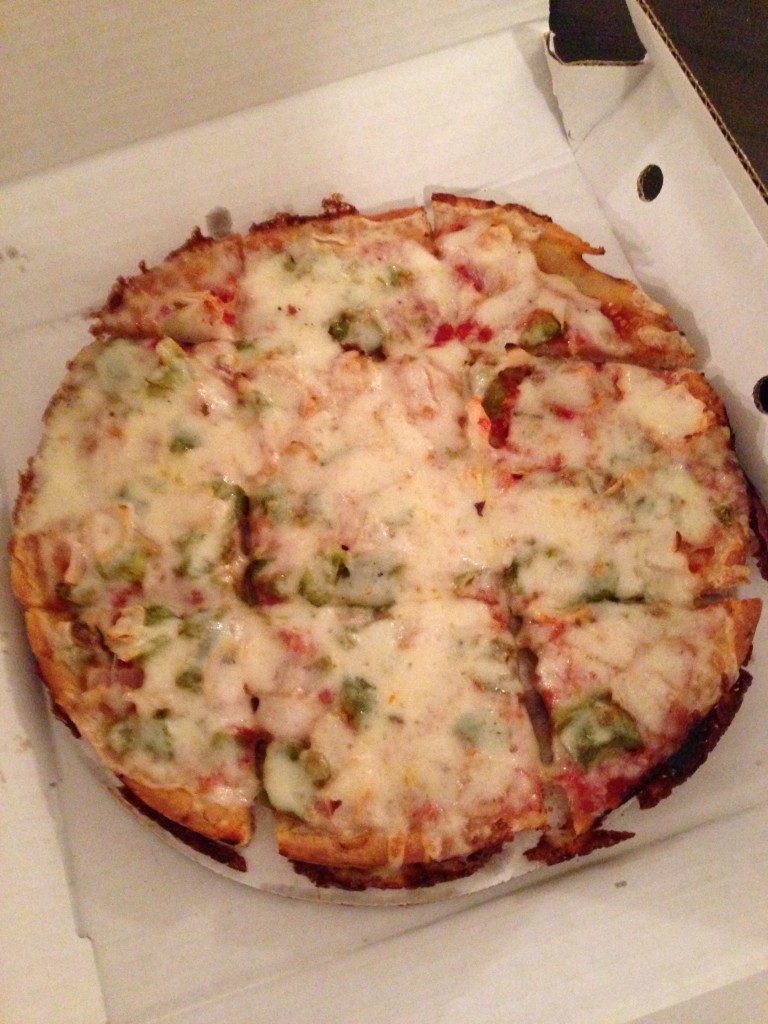 Domino’s – Obviously this isn’t just native to Chicago, but for being a fast food pizza chain, the gluten free crust at Domino’s is awesome!  I would happily eat this over their regular pizza crust any day. 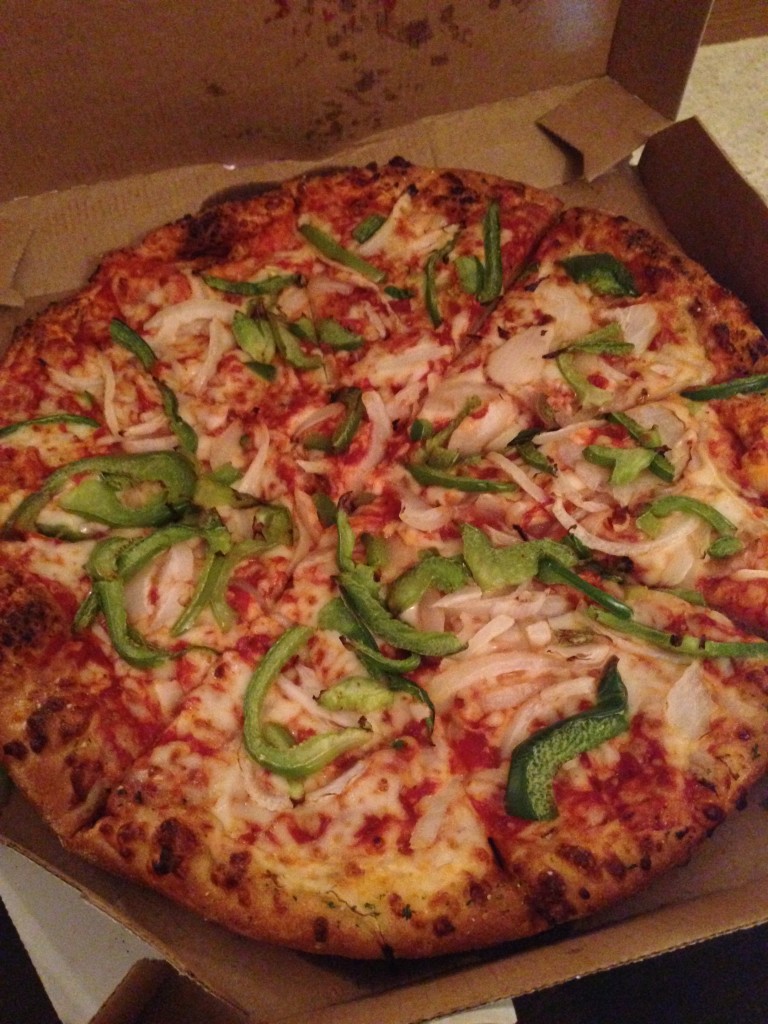 Blaze Pizza – If you have never eaten at Blaze, it is basically a pizza version of Chipotle where you can craft your own pizzas.  Their gluten free crust is one of my absolute favorites because it is super thin and chewy so you almost have to fold your slices in half and eat it New York pizza style which is my favorite! 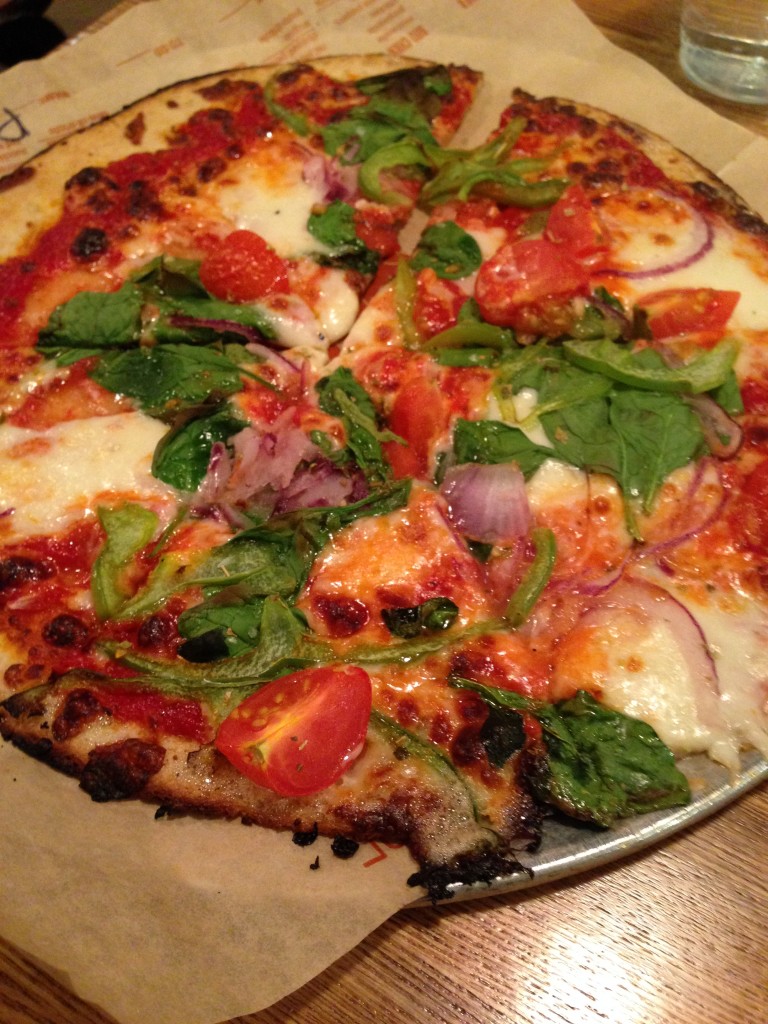 Stella Barra – Stella Barra is one of my favorite pizza places in Chicago and their gluten free version is just as good!  The crust is paper thin which I love and really allows the flavor of the toppings to shine!

Homeslice – I recently tried their gluten free crust which the waiter told me people come to their restaurant specifically for.  While I enjoyed the the pizza I had, it wasn’t my favorite.  I love that they have a gluten free option, but I would probably stick with their regular crust here.  I have a feeling their crust is made from sorghum which I don’t particularly care for because it always leaves a metallic taste in my mouth – weird I know!  Kevin on the other hand doesn’t mind the flavor so I guess it’s just personal preference.

Il Vicolo Trattoria – Il Vicolo is an Italian restaurant in Oak Park with fantastic food!  Kevin and I recently tried their gluten free pizza which we also enjoyed.  Our waiter let us know that their gluten free crust is crispy like a cracker and not chewy like their regular dough.  The crust was very crispy, but we still enjoyed the flavor of the dough. 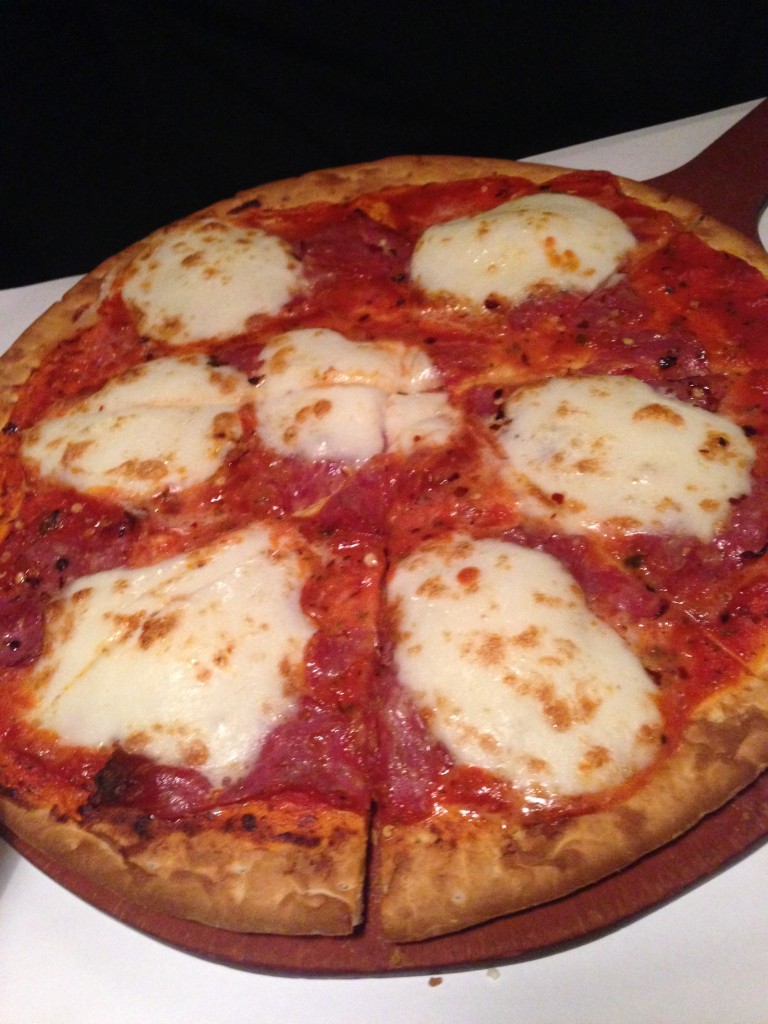 Cafe Literato – This cafe is actually located in my hometown of West Lafayette, IN, but I had to mention their pizza.  We had the best Smoked BBQ Pork and Corn pizza on gluten free crust.  If you’re ever in West Lafayette, definitely make a stop here! 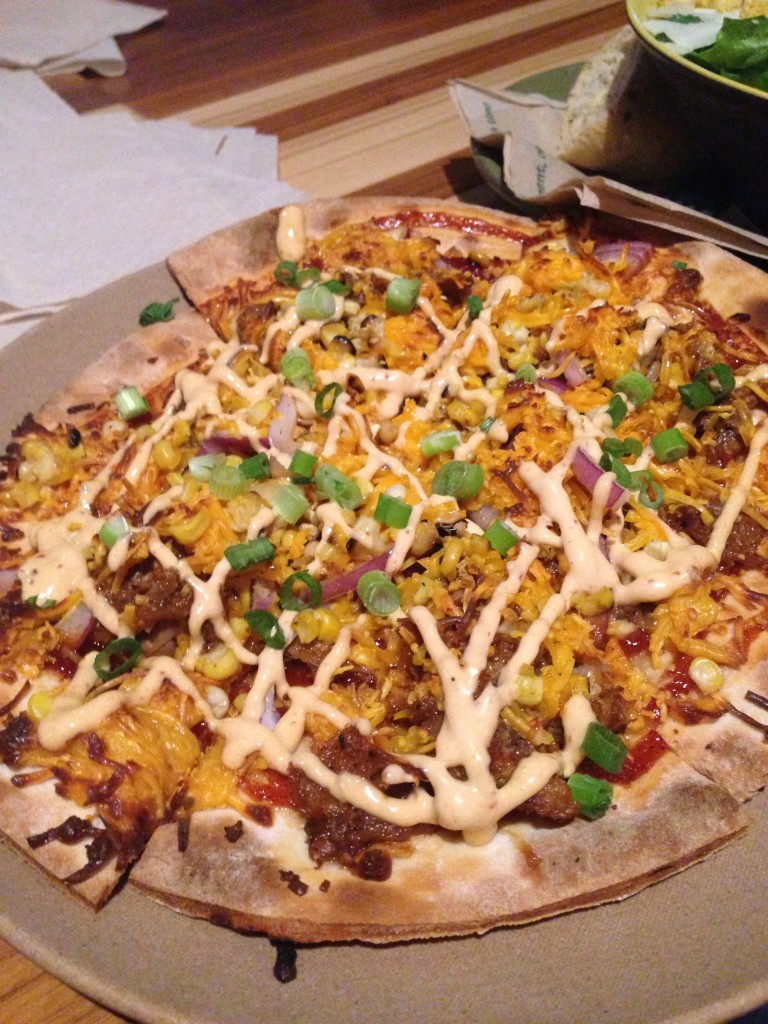 Have you ever eaten gluten free pizza?  What are some of your favorites that I should try?

Linking up with Jenna.