This past weekend Kevin and I met some friends for Sunday Funday at a new hangout in Lakeview called Barcocina. 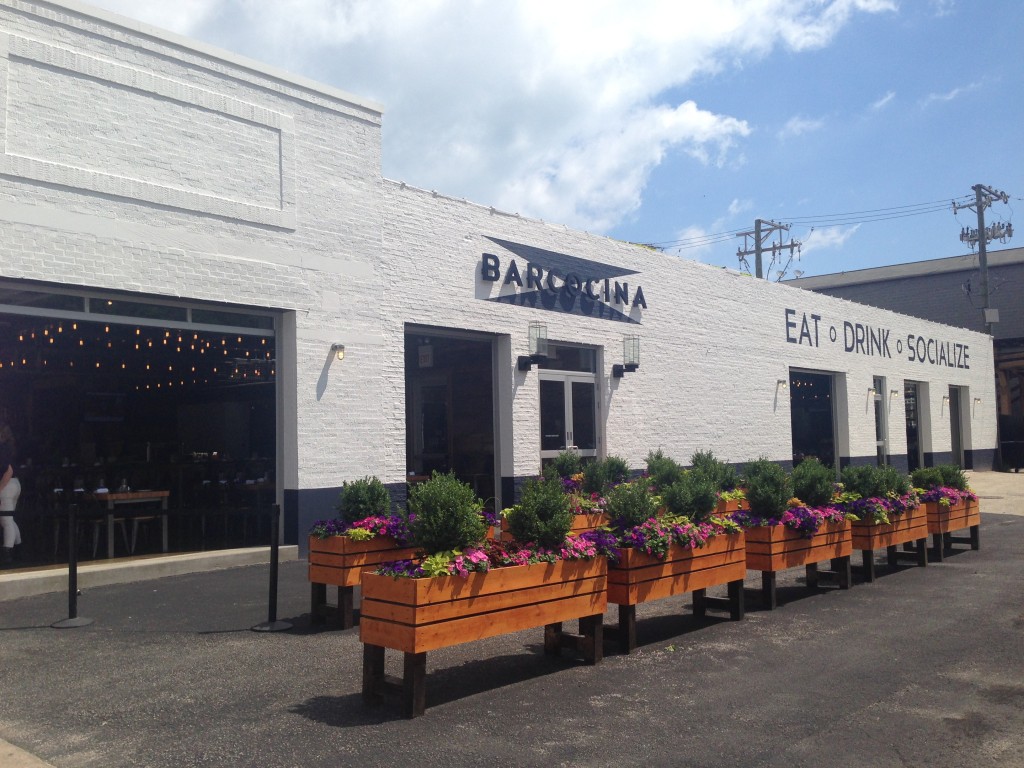 The food at Barcocina fuses traditional Mexican cuisine with other cultural fare like Asian and American.  The restaurant is open air with large garage doors which makes it the perfect summer hangout.  Their motto is Eat, Drink, Socialize which is just what we did. 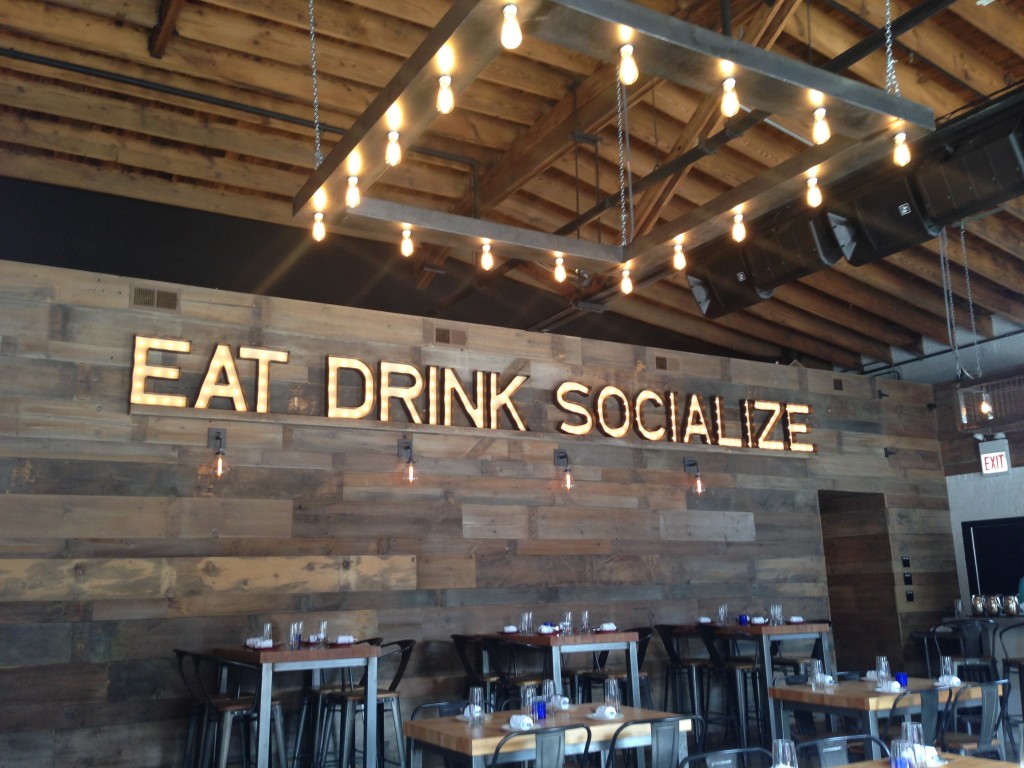 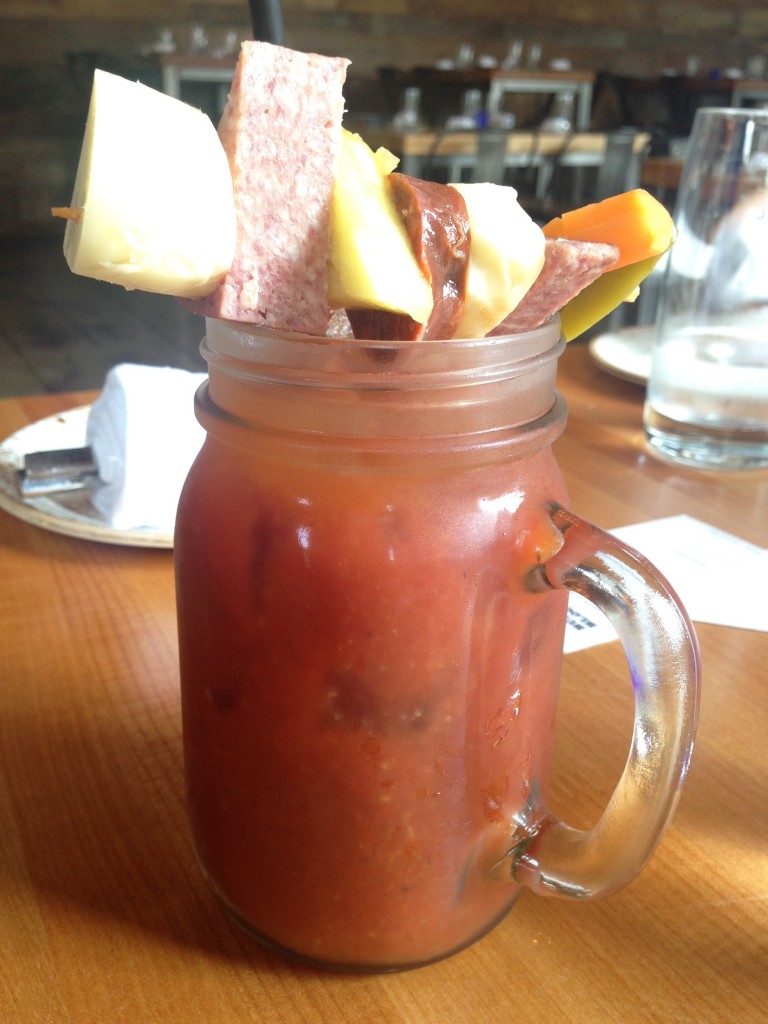 and a Champagne Margarita. Everyone agreed that their drinks were delicious! 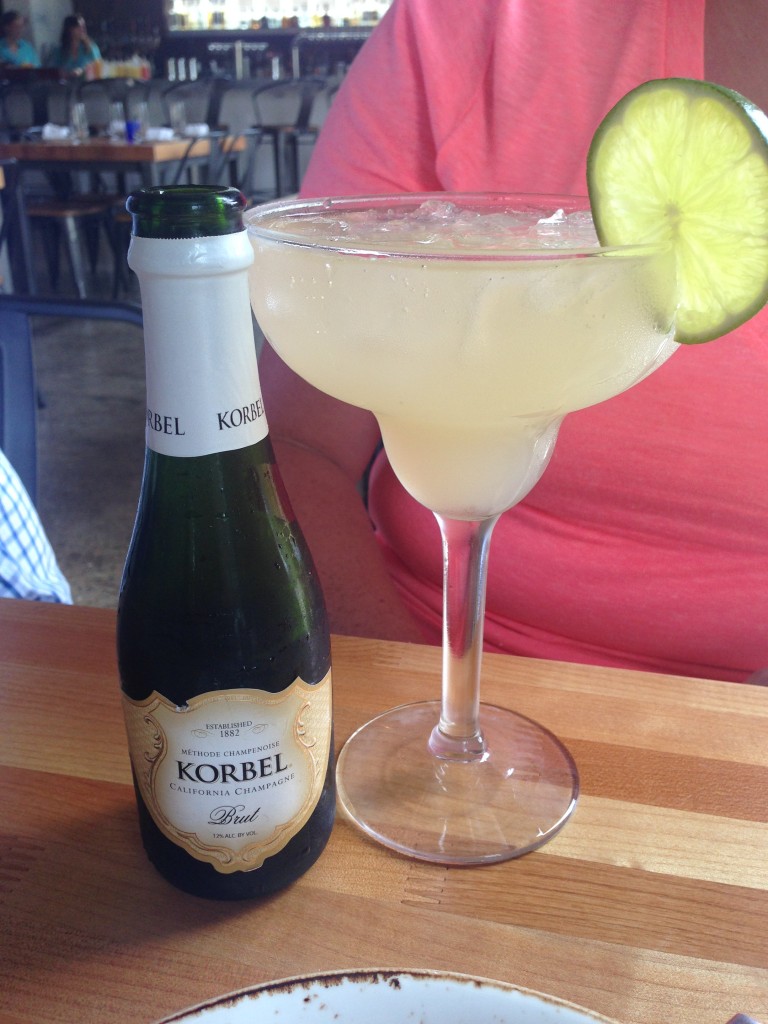 The menu is designed for sharing so we ordered several different items for the table.  We started off with the Oaxaca Style Guacamole which had Serrano Chile, Red Onion, and Lime as well as the Salsa Roja which was a blend of Roasted Tomato, Serrano Chile, and Garlic.  While both of these dips were decent, I thought they both lacked flavor and were pretty bland. 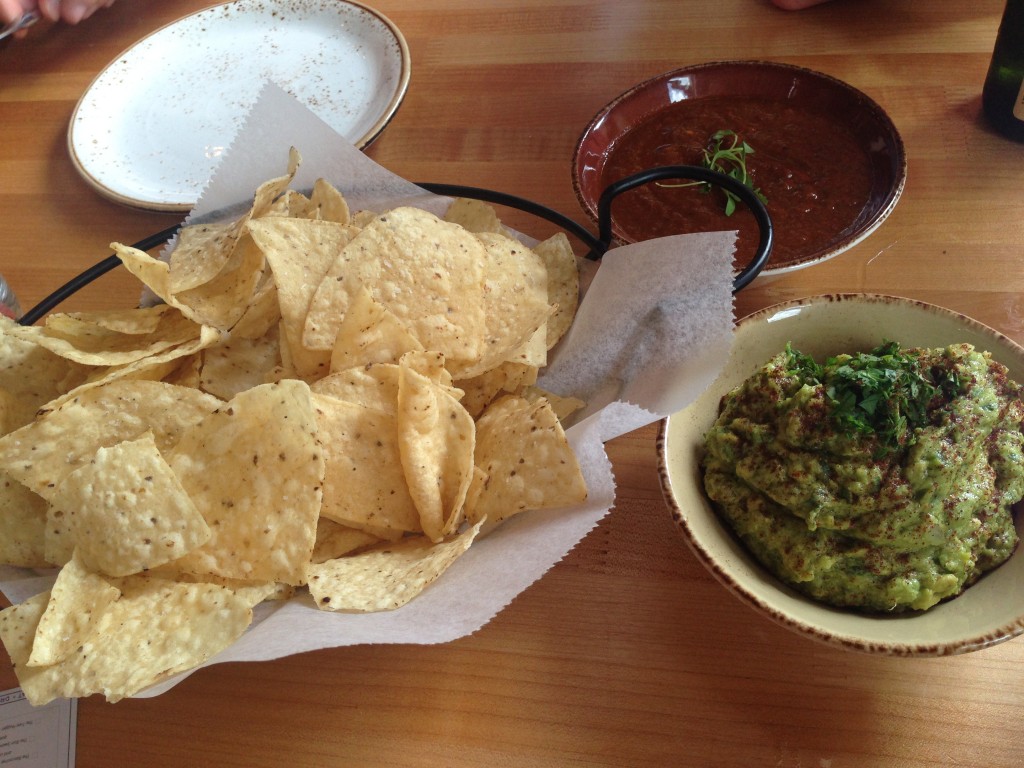 We also ordered the “Elotes” Corn Salsa which was served in the cutest little cast iron skillet.  The corn was blended with a Citrus Crema, Cotija Cheese, and Arbol Chile.  I actually really enjoyed this appetizer and thought it was very tasty. 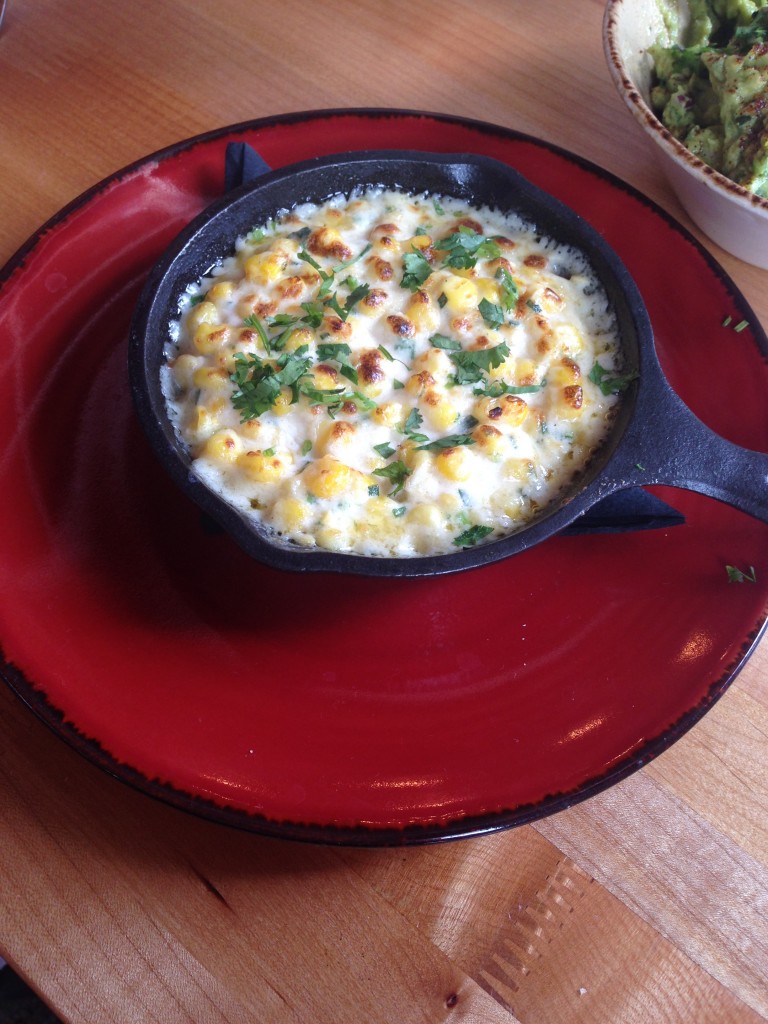 For our meals we ended up ordering four different kinds of tacos which come three per order.  The tacos were presented nicely with an extra serving of sauce on the side which I thought was a nice touch. 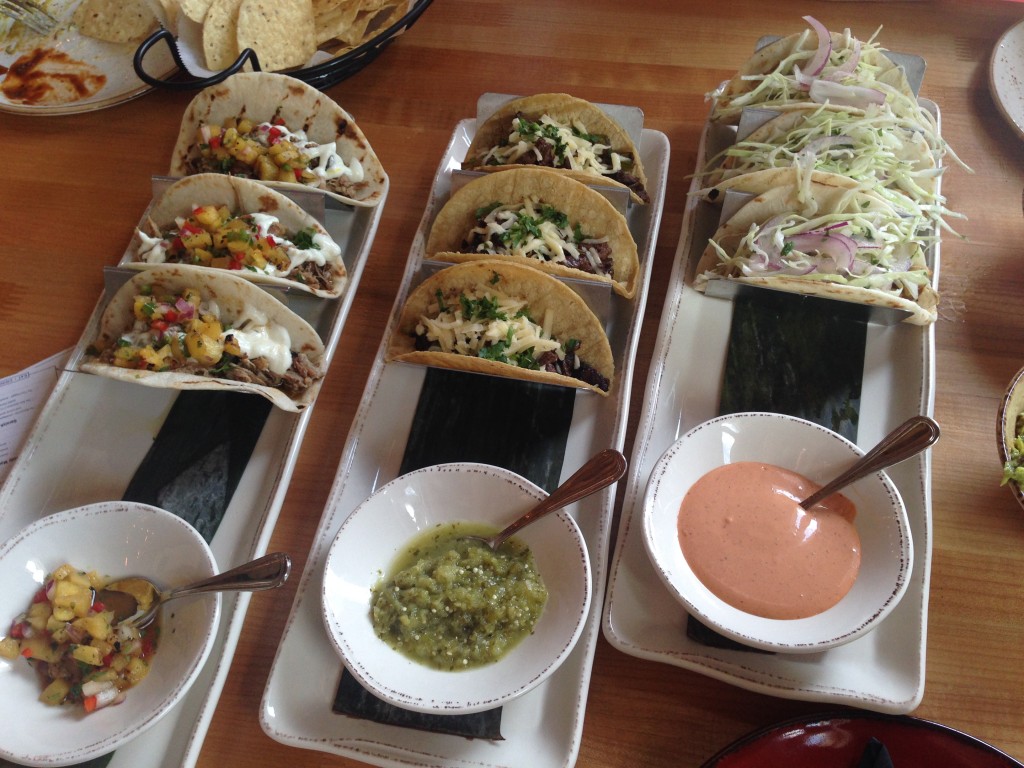 First we tried the Grilled Market Fish Tacos with Chipotle Aioli, Cabbage, and Red Onion.  This was my favorite taco of the bunch!  The chipotle aioli was pretty spicy and I may have added a little too much to my taco, but the flavors were great! 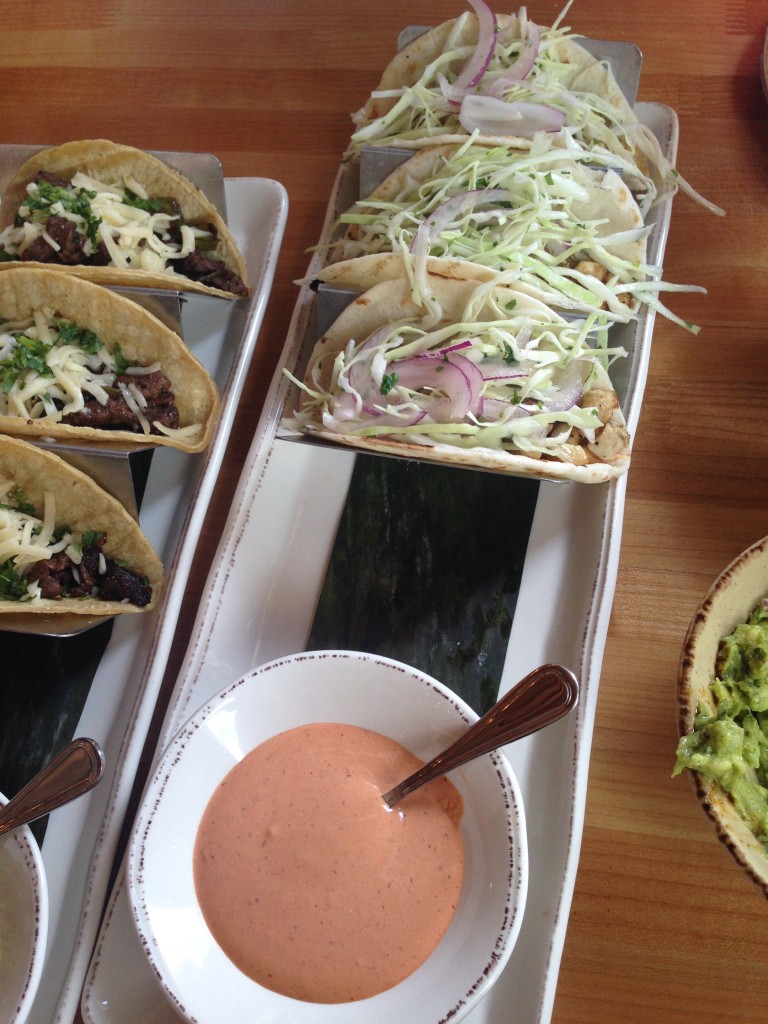 The next taco I tried was the Hawaiian Pineapple Pork with Braised Pork Shoulder, Citrus Crema, and Charred Pineapple Salsa.  This taco is very similar to a traditional Al Pastor and was also quite tasty. 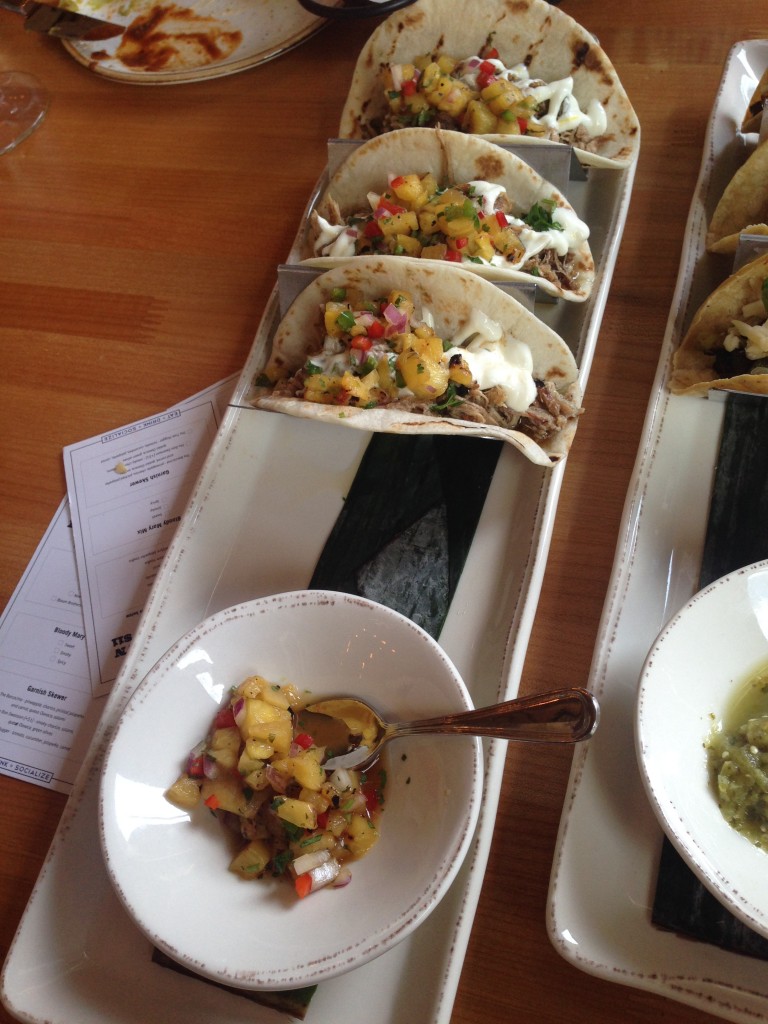 The Adobo Steak Tacos with Grilled Scallions, Chihuahua Cheese, and Salsa Verde were next on our plates.  I did not try this particular taco, but everyone else loved it and it was even a couple people’s favorite of the bunch. 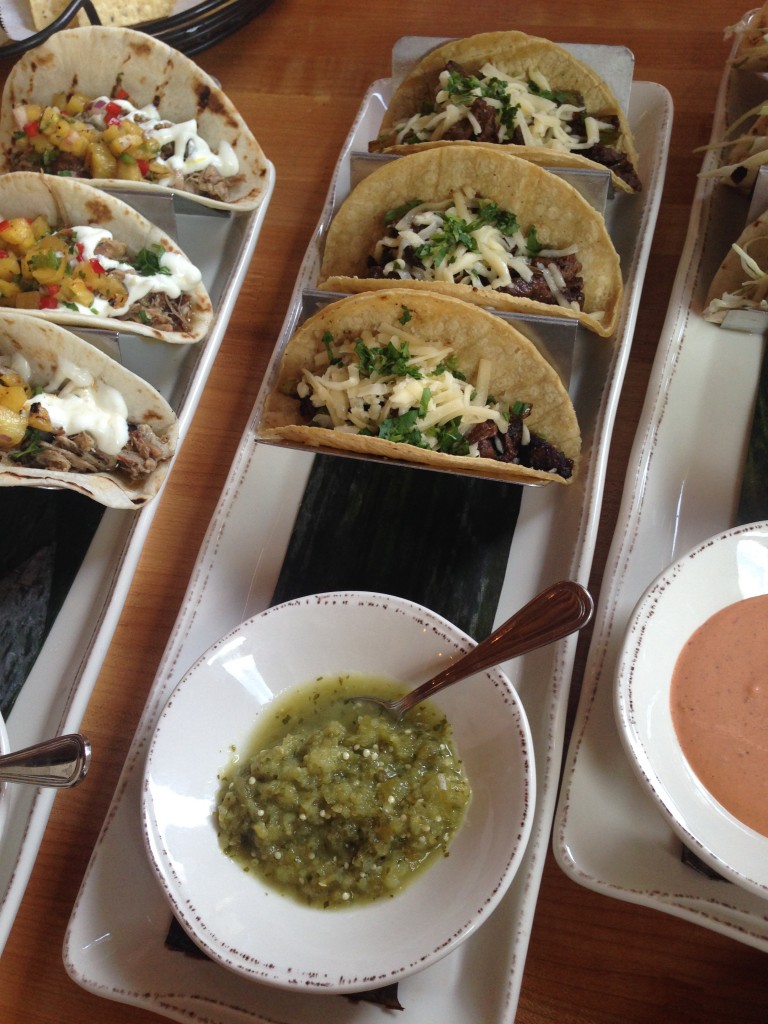 Lastly, we tried the Cheeseburger Tacos which were topped with Smoked Cheddar, Cabbage, and Mango “Catsup”.  This one was my least favorite taco and I actually didn’t care for this one at all.  I think it may have been better without the Mango Catsup. 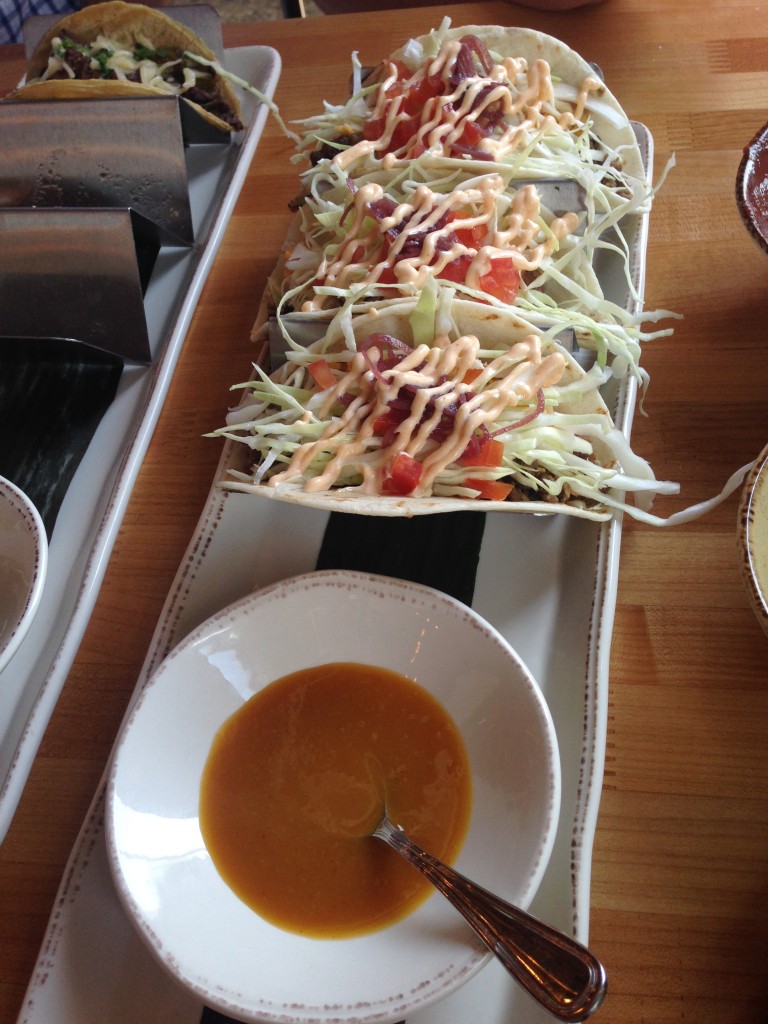 I love the atmosphere of Barcocina and think it will be a great weekend spot to meet up with friends for drinks.  While some of the food we ate I enjoyed (the fish tacos), other parts were a bit of a miss.  I would say the food overall was good not great.

Barcocina is located at 2901 N. Sheffield in Chicago’s Lakeview neighborhood