Happy Monday!  I had such a great weekend and I’m sad it’s already over.  Kevin and I drove down to West Lafayette to visit my sister and go to the Purdue football game and we had so much fun.  I love being back on campus and this weekend was no exception.  The weather was perfect and we had an awesome time.

FRIDAY | We got into town early evening and met my parents for dinner at Red Seven.  It was a beautiful night and we got to sit outside and enjoy some live music.  I ordered a black and bleu salad and it was delicious!

SATURDAY | We spent all day on campus and my sister had the genius idea to eat breakfast at one of the dining halls before the game.  It was so fun pretending to be a student again!

After breakfast we walked around campus and my sister gave us a tour of all the new buildings and residence halls.  So much has changed since I was a student and it was neat to see all that has developed.

On our walk to the stadium we stopped by a couple alumni tailgates and visited some of the activities they had going on for families.  Of course we had to stop for a fun picture. 🙂 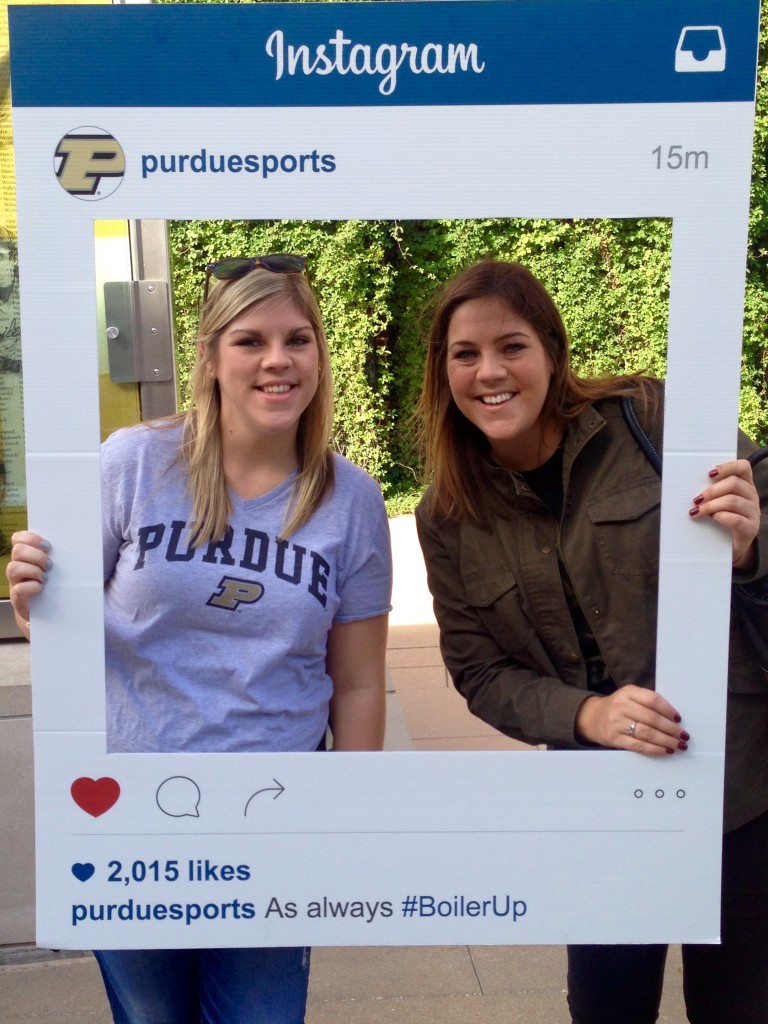 We also got to see the band parade into the stadium and play Hail Purdue which I loved. 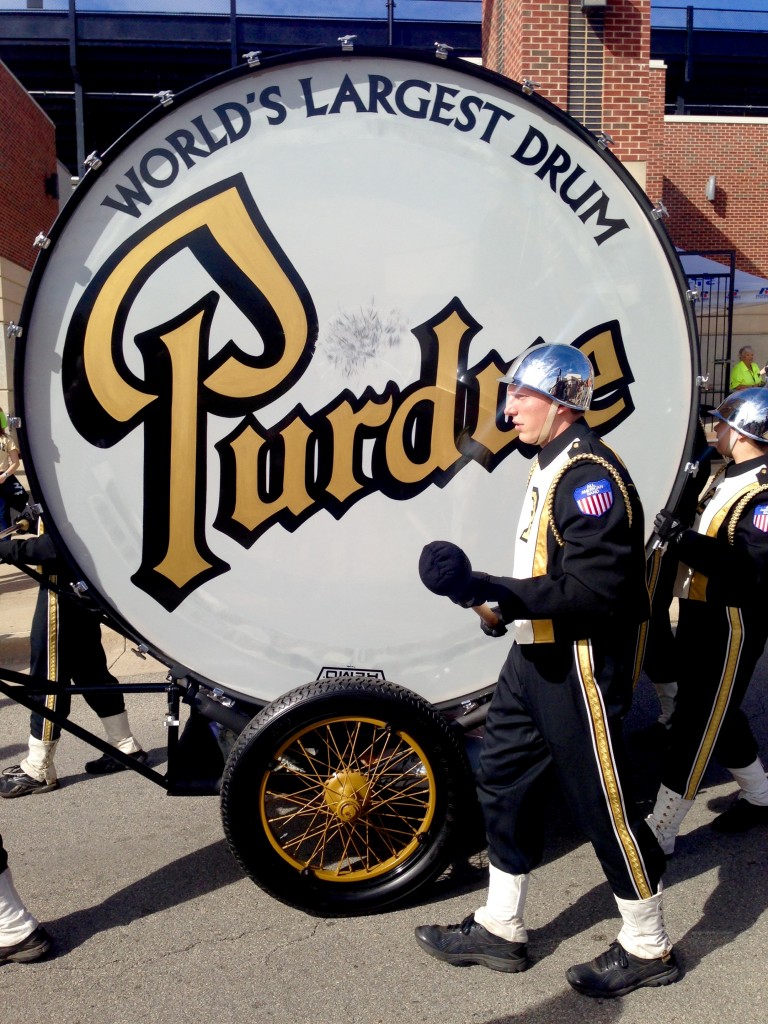 And the Boilermaker Special! 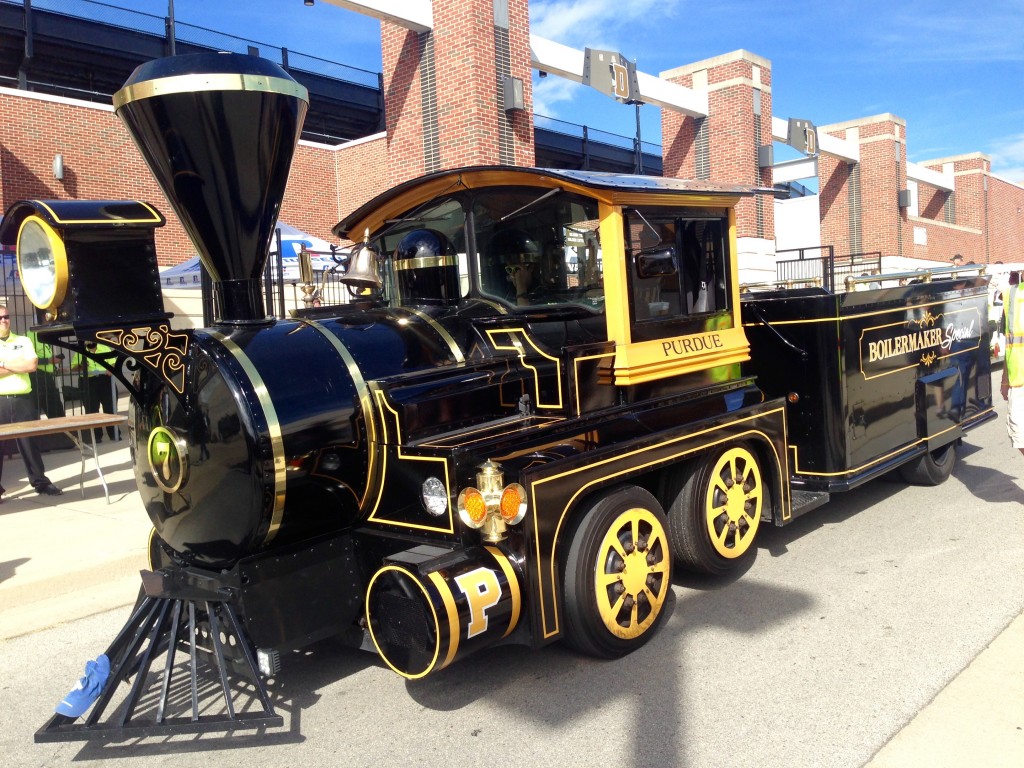 For our 5 year wedding anniversary this year I ordered a customized brick for Kevin as his gift.  It was installed behind the stadium (which is where we had our reception) and we got to see it for the first time.  Kevin had no idea so it was a complete surprise for him and he loved it! 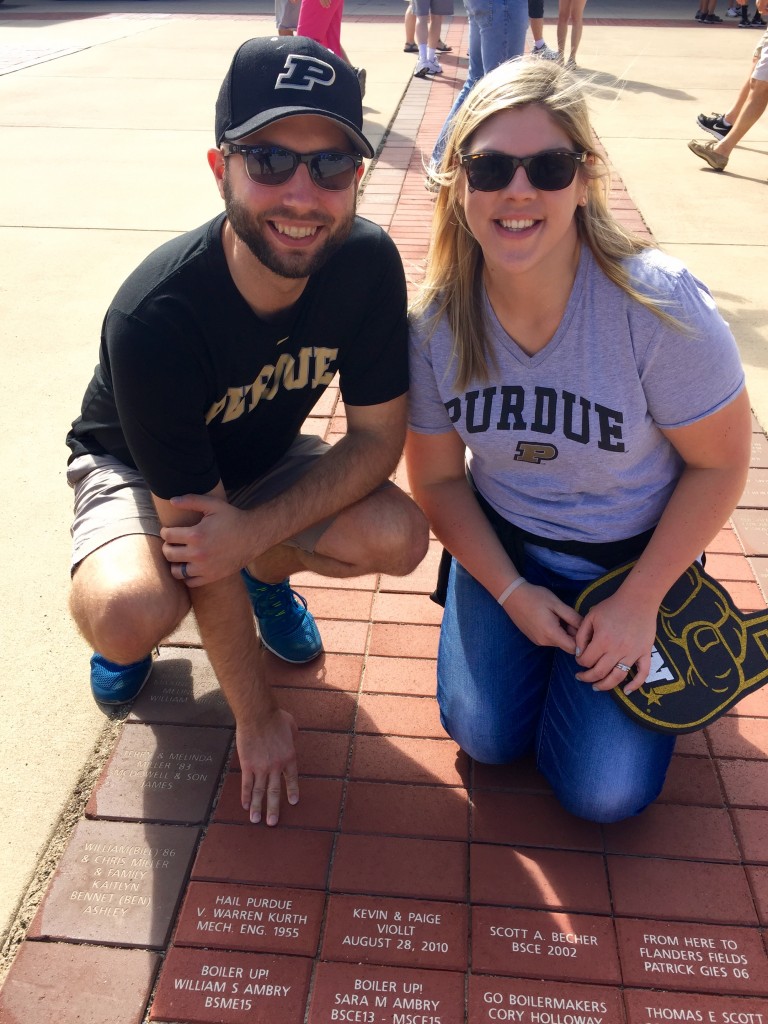 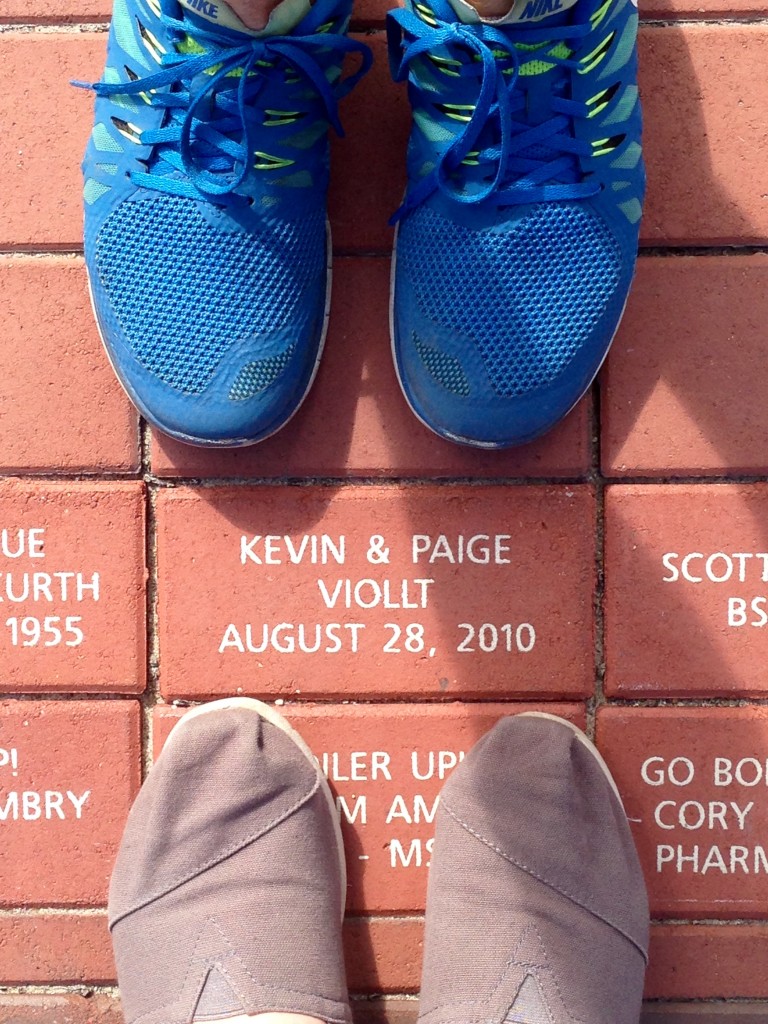 Unfortunately the Purdue football team has not been very good in recent years and the attendance at the games has been pretty bad lately.  Hilary got us tickets and there was hardly anyone sitting around us which was kind of nice to not be crowded, but it’s really sad to see the stadium so empty.  When I was a student it was so packed in there we would have to stand sideways just to fit in our seats sometimes.  Even though Purdue lost we still had a really fun time! 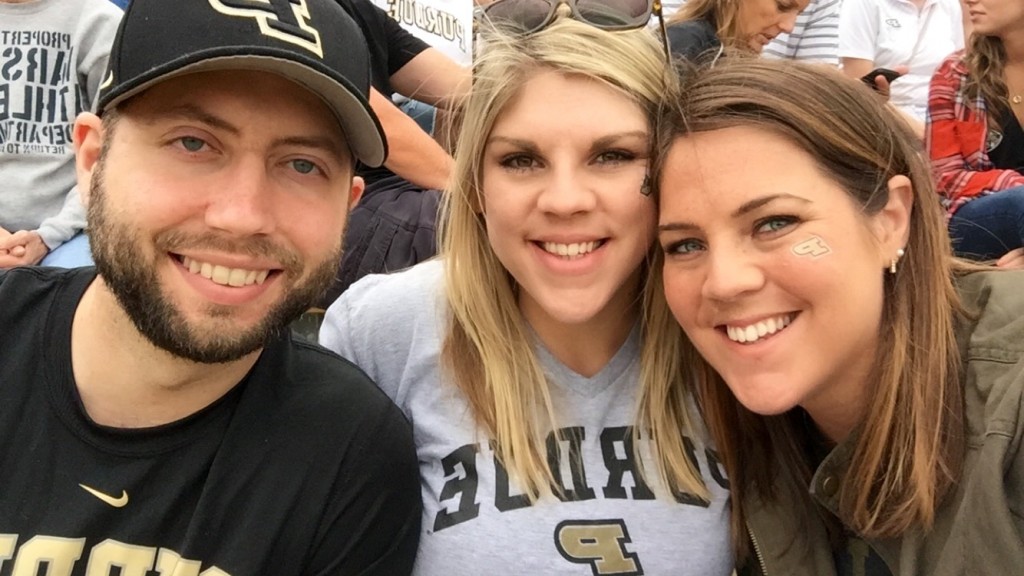 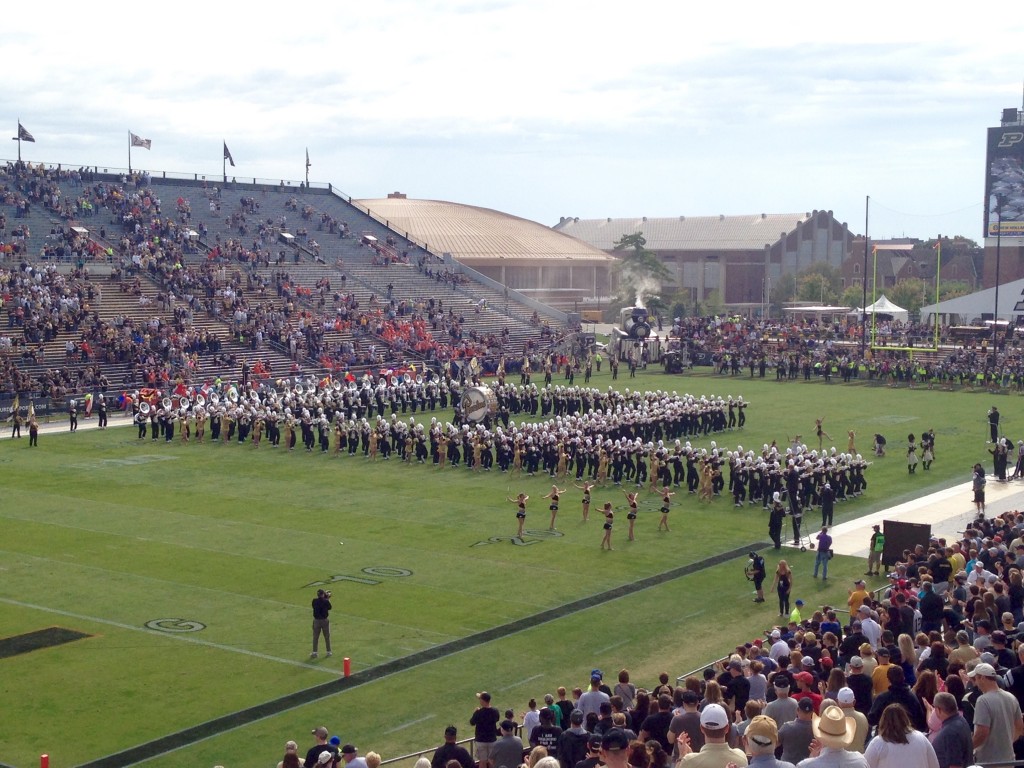 After the game we visited our favorite campus bar – Harry’s! 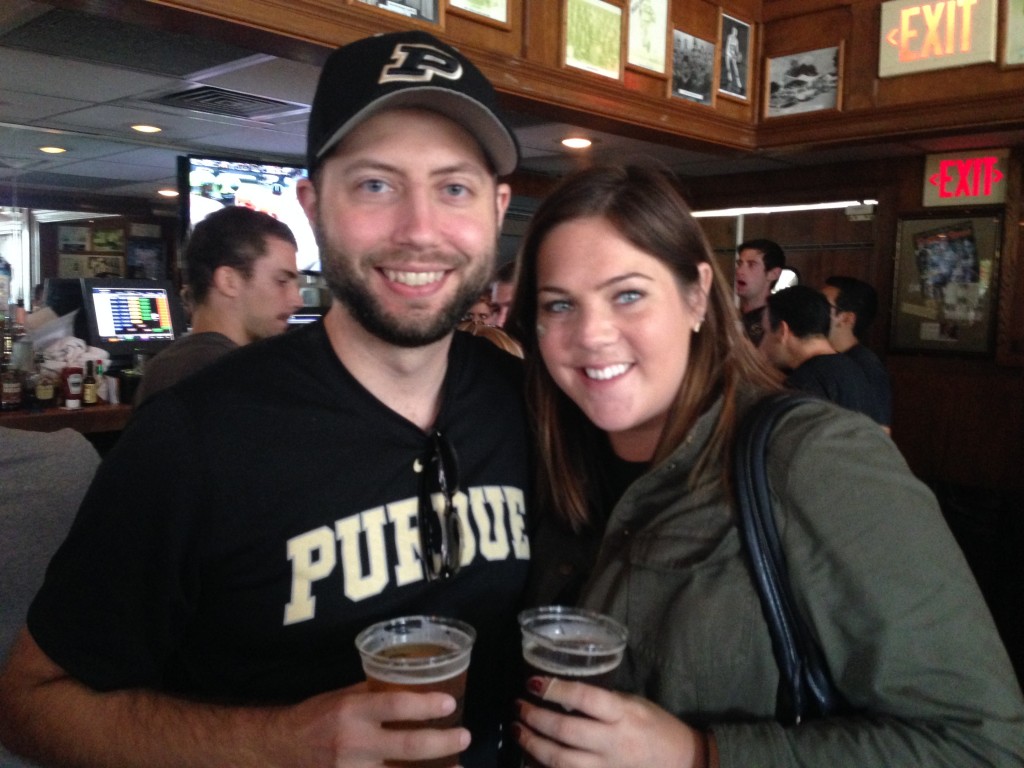 Later that evening we had dinner at a new restaurant in Lafayette called Restauration.  It’s a farm to table restaurant and everything we had was fabulous!  I had the beef kabobs with cheddar grits which was awesome. 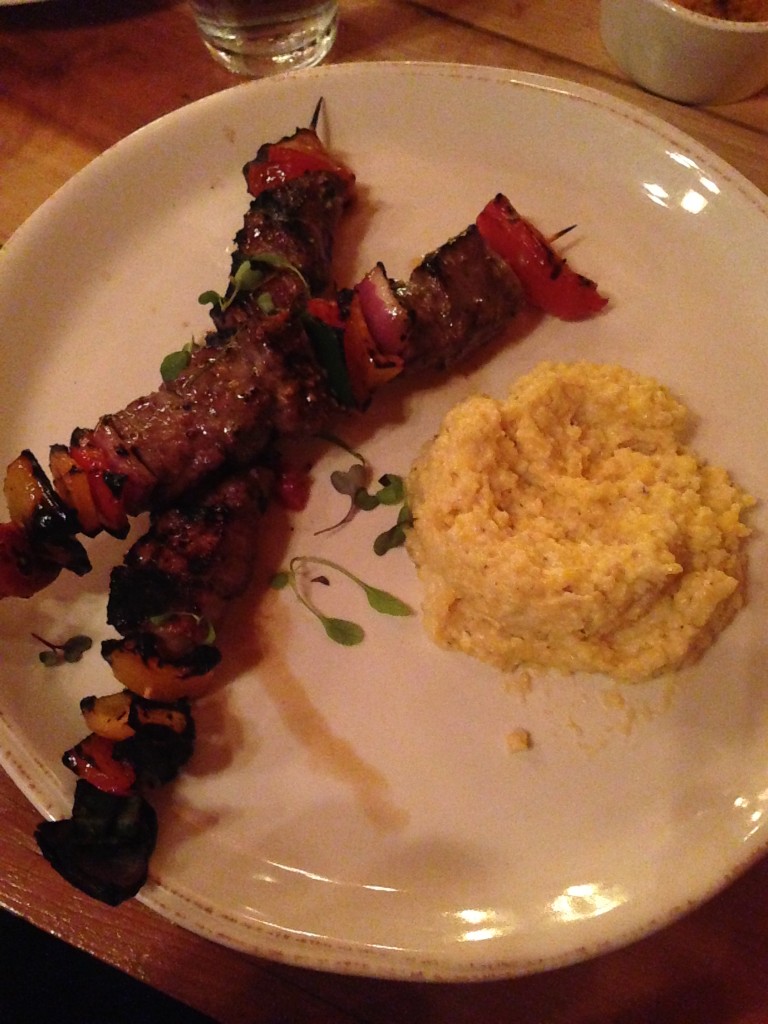 After dinner we went over to my parents house for a little visit before calling it a night.

SUNDAY | We met my mom and dad for brunch at a new restaurant on campus called Another Broken Egg Cafe.  They just opened a month ago and you can tell they still have a few kinks to work out but overall everything was really good.  I had a southwest scramble which I really liked. 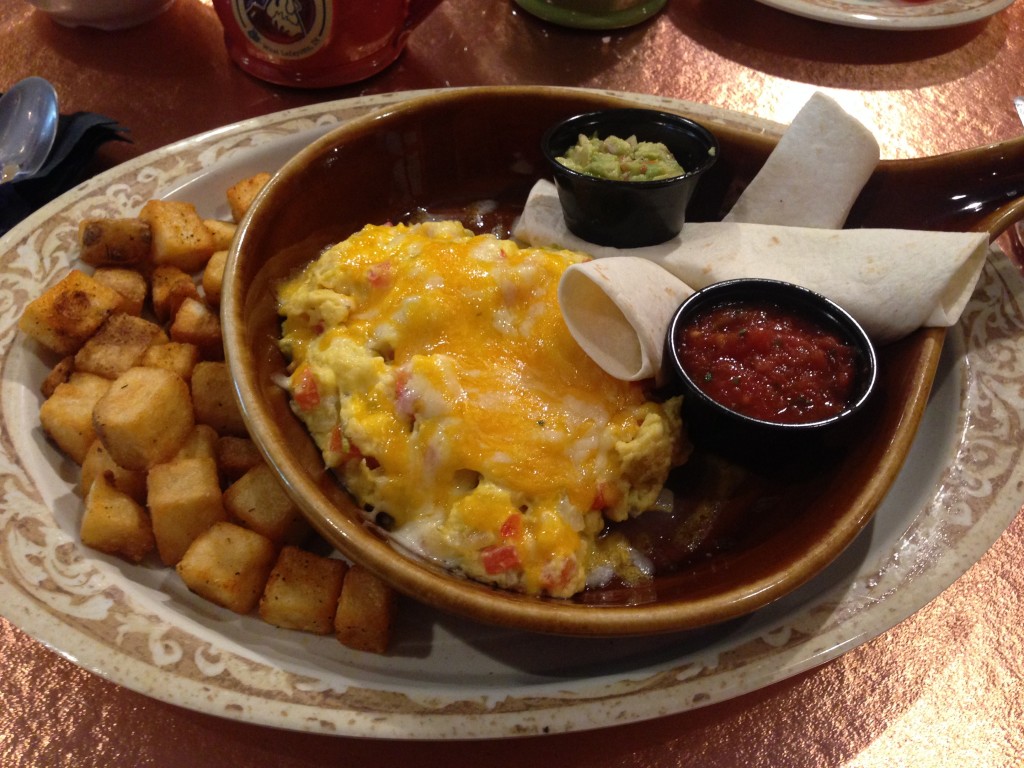 After breakfast we stopped in a couple bookstores and I picked up some new Purdue gear before we headed home to Chicago.  Once we got home we watched the Bears game (not good!) and then got ready for the week.