Happy Monday friends!  I hope you all had a good weekend.  Kevin and I flew down to Alabama to spend time with my brother and sister-in-law and we had a wonderful time visiting with them.  As always the weekend went by way too quickly!

FRIDAY | Our original plans were for me, Kevin, and my sister to fly down on Friday afternoon to make it in time for my brother’s football game that night (he coaches high school football).  Unfortunately my sister got slapped with a last minute project at work so wasn’t able to join us on this trip so we were all pretty bummed.  On top of that, a couple of people listed for the afternoon flight last minute so we didn’t make it out until the 7:30 PM flight so missed Kyle’s football game.  Another huge bummer!  We were at least glad we made it down there, but were looking forward to watching his team play.  At least we got to see a game last year.  To make up for missing the game, Kevin and I grabbed a late dinner at Jim ‘N Nick’s after we landed.  We love their barbecue! 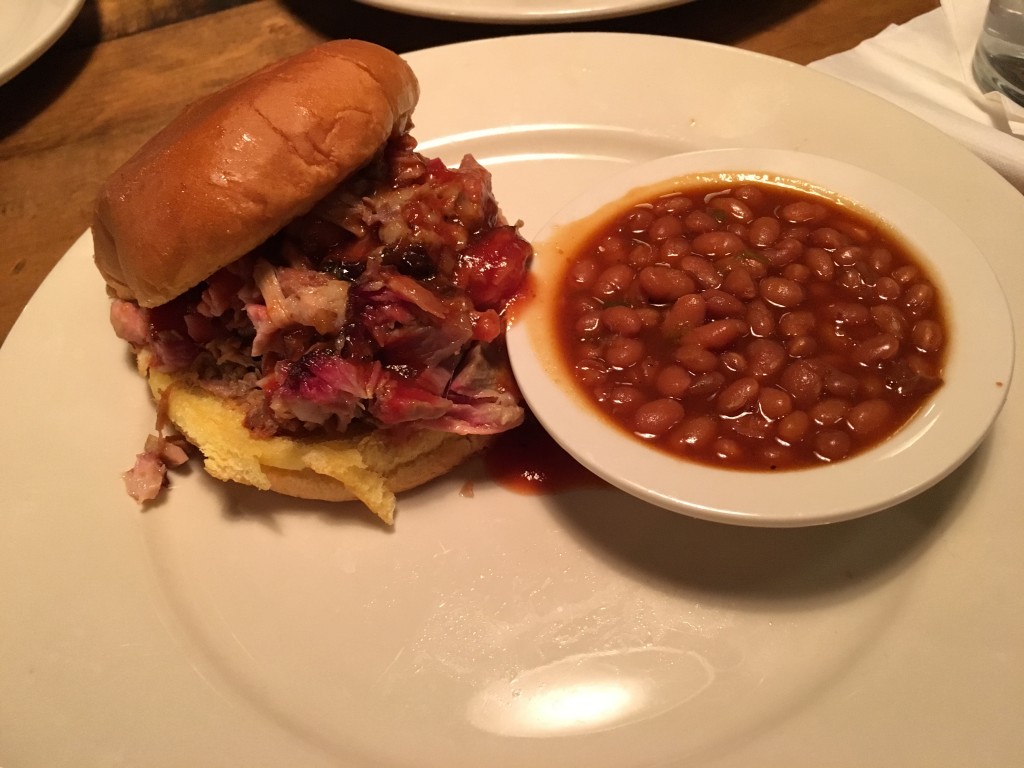 After we ate we drove to Kyle and Faith’s house and spent the next several hours talking before finally going to bed around 2 AM.

SATURDAY | We all slept in a little since we were up so late on Friday.  Faith and I really wanted to go to a local pumpkin patch but the boys vetoed our idea in favor of watching college football AND when they found out it cost $10 per person not including the price of a pumpkin – ouch.  We settled for going to the Farmers Market to get some pumpkins instead.  When we got there they had several large pumpkins for only $5 each!  What a steal!  Unfortunately, a family that got there right before us bought them ALL!  Every single last pumpkin. Fortunately we passed by another pumpkin stand so we went there instead and ended up with two pumpkins for carving later. 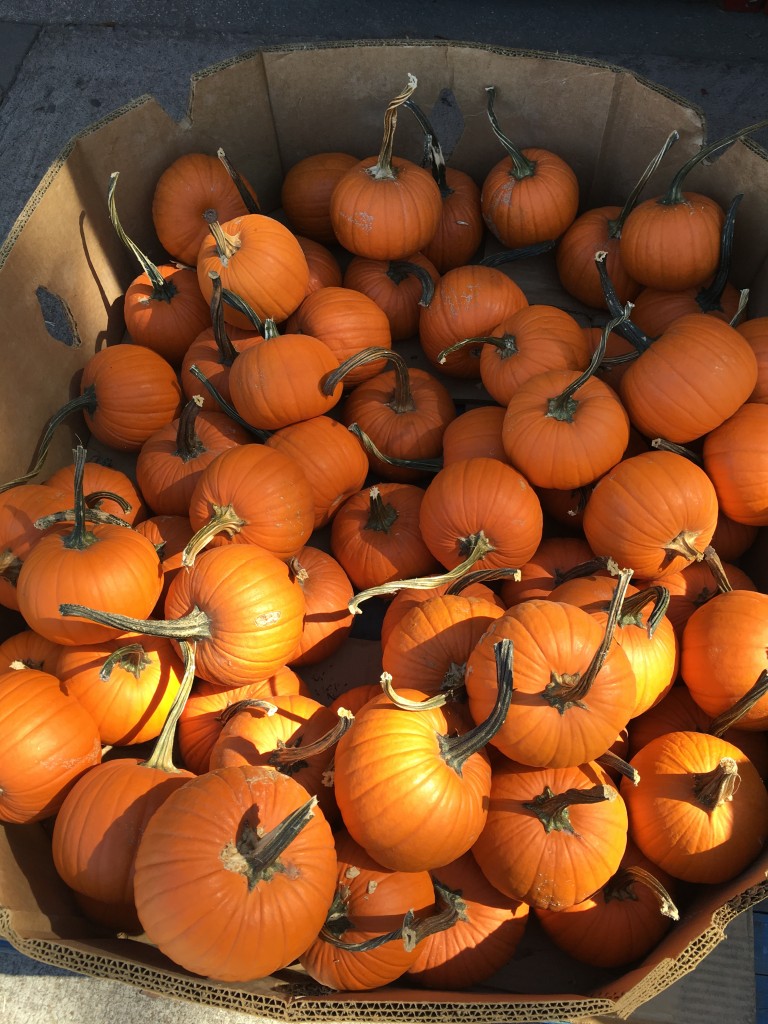 We spent the rest of the day watching college football.  We watched Purdue, Alabama, Notre Dame, and the Michigan/MSU game which had a CRAZY ending!  Did anyone else watch that game?  What a way to win/lose!  For the games Kyle and Faith made some awesome game day food including wings and cheesy fries. 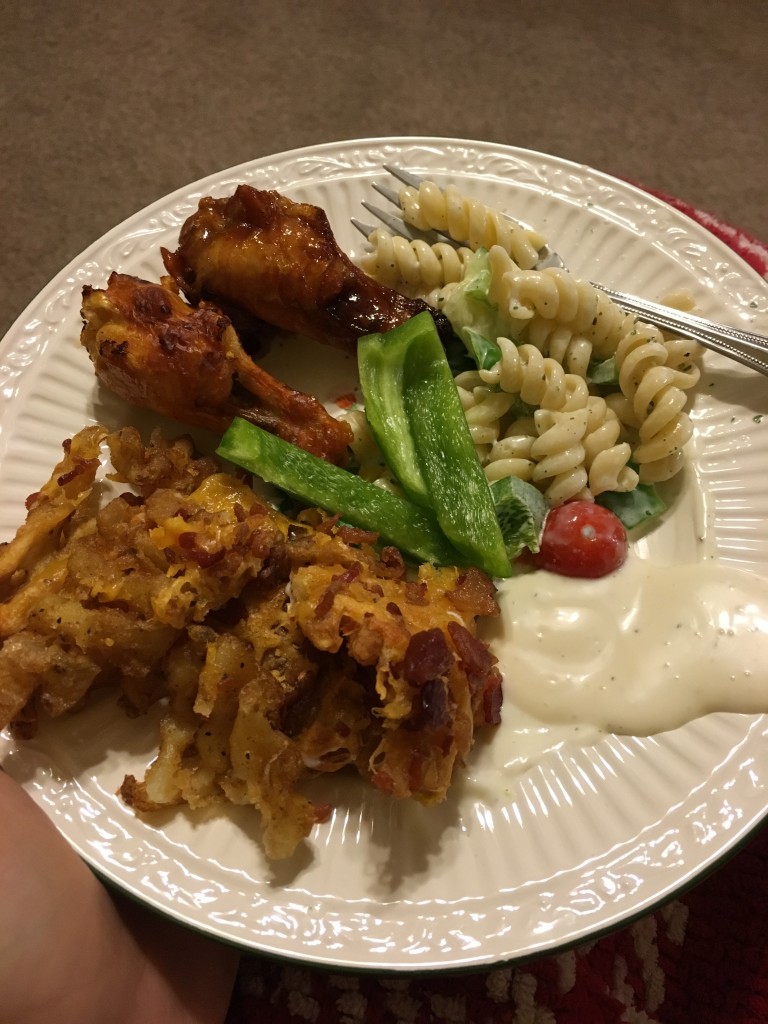 At some point in the afternoon Faith and I decided to drill our pumpkins.  We had Kyle cut the tops off for us and then we cleaned out all of the guts.

I saw this idea on Pinterest so decided to drill instead of carve this year which was much easier.  I just did dotted lines and Faith did their monogram ‘B’.  We thought they turned out pretty cute. 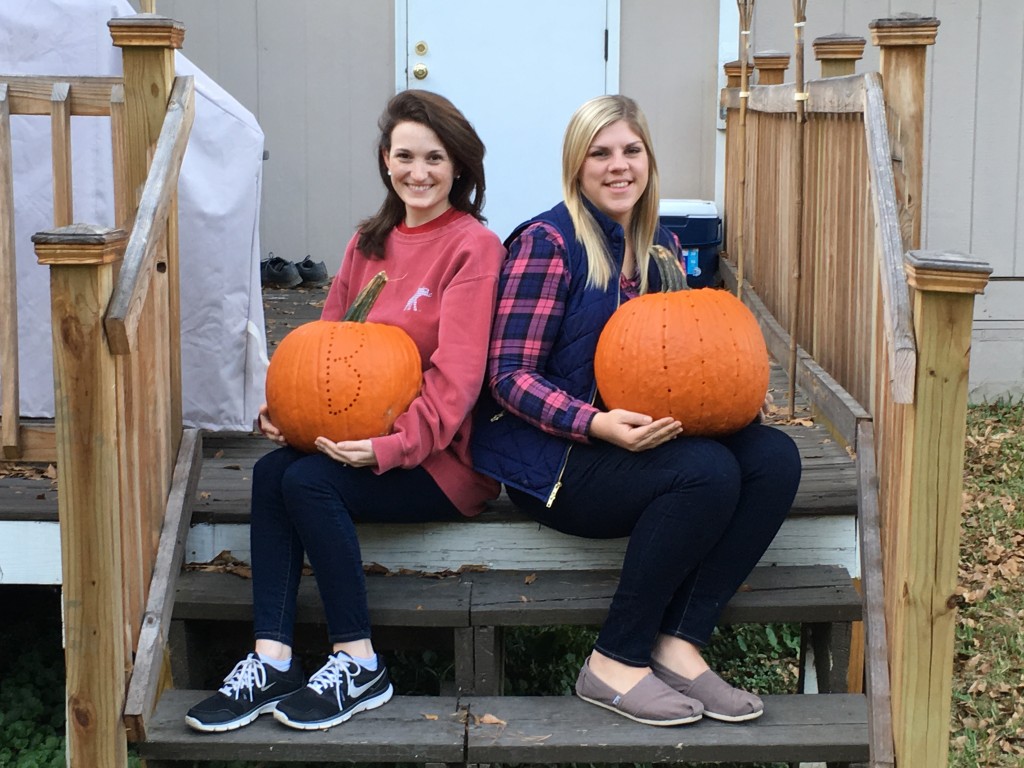 Here they are lit up at night. 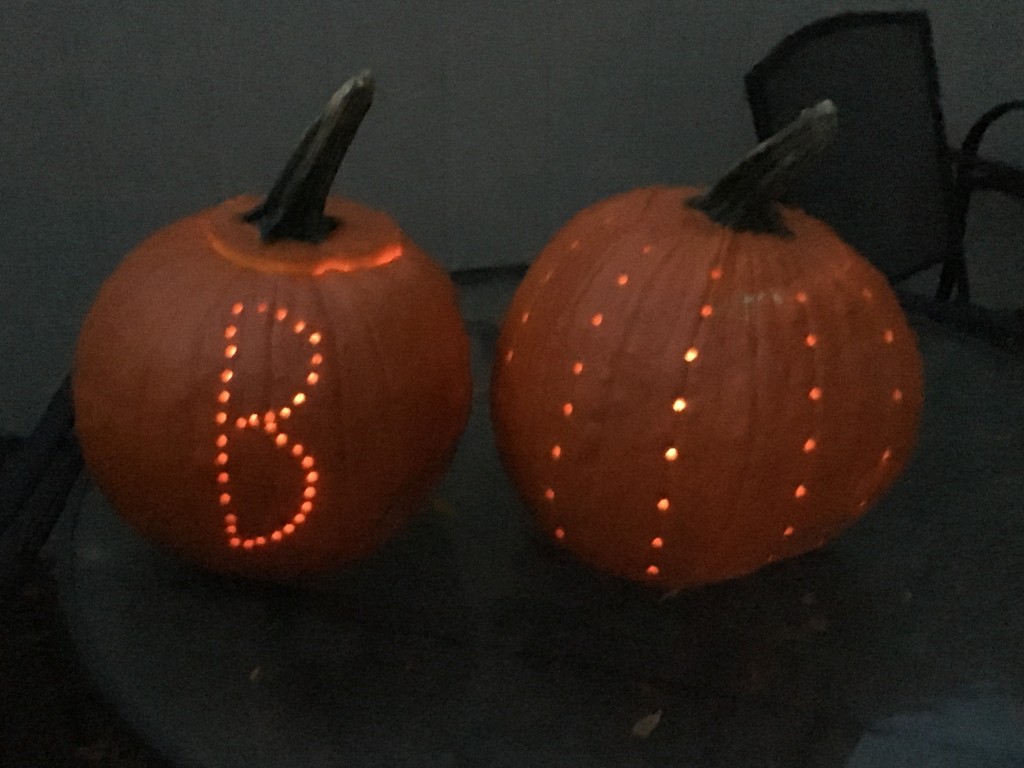 Of course we had to roast the seeds which in my opinion is the best part of carving. 🙂 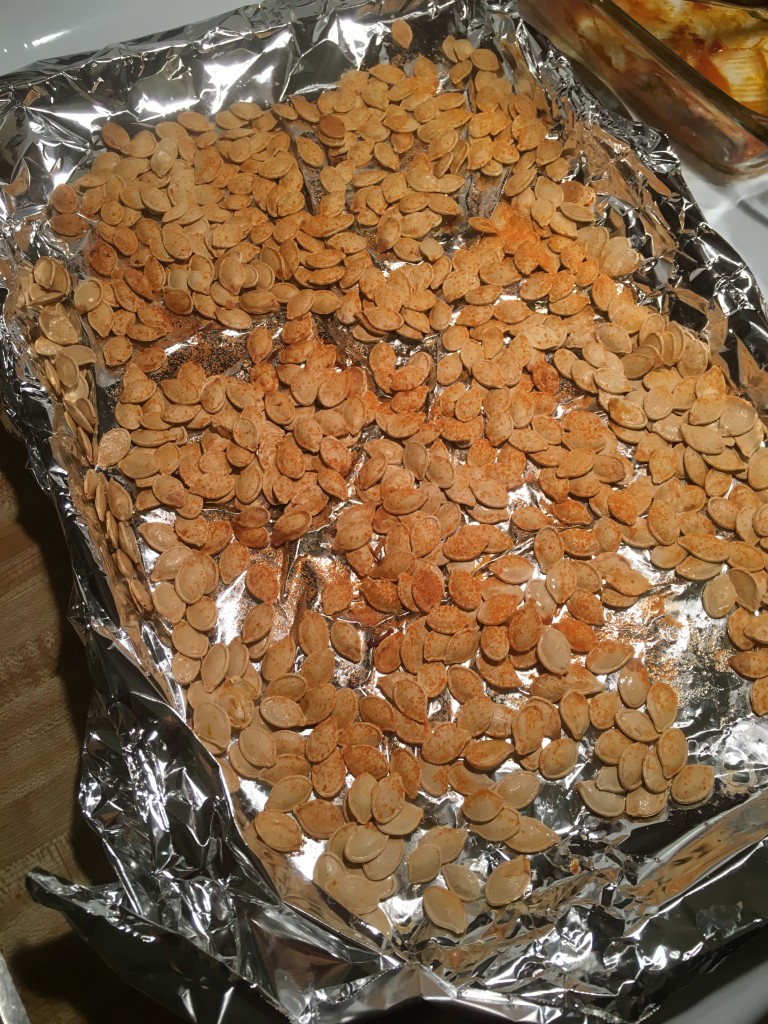 We ended the night out back in their yard around the fire pit.  A perfect ending to the day!

SUNDAY | We had an early afternoon flight home and Kyle had practice so this day was pretty short.  We went to church in the morning and then had lunch at Victoria’s for my first meat + 3 experience.  It’s basically cafeteria style where you choose your meat and three sides.  I had the pepper steak with green beans, corn, and purple hull peas which was all really good.  Faith and Kevin had the fried chicken and Kyle had the fish. 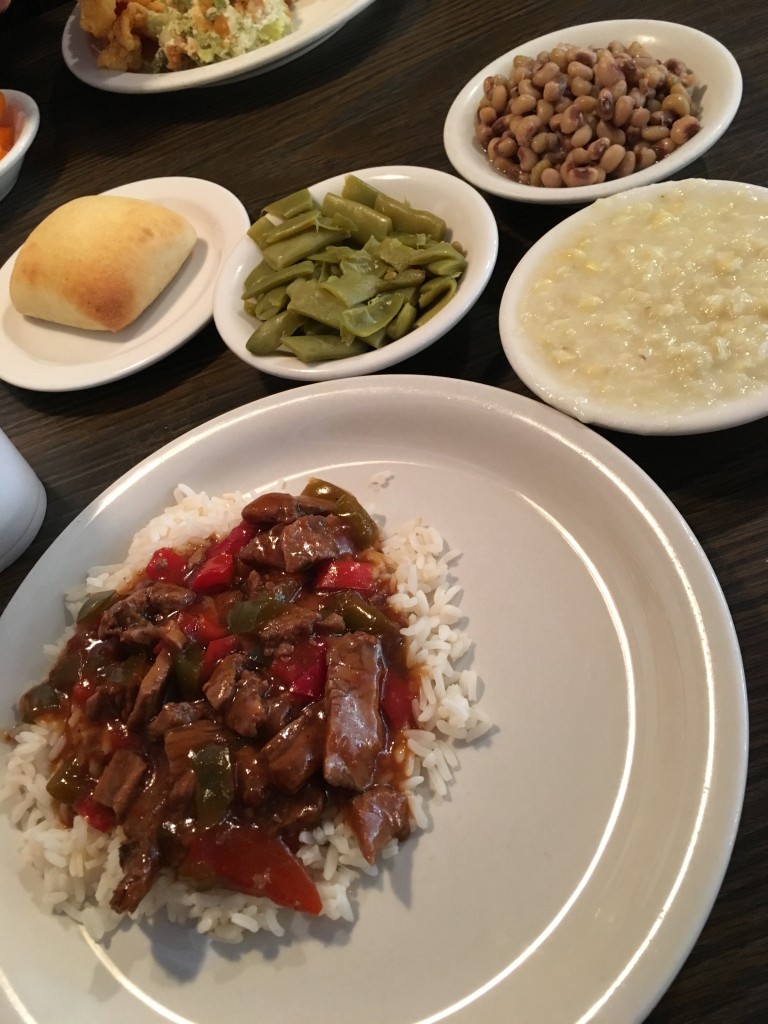 Even though our trip was short, we had such a fun time!  I wish we all lived closer so we could see each other more often.  Good thing Thanksgiving and Christmas are just right around the corner. 🙂