If you take a stroll down Madison Avenue in Forest Park you’ll quickly see that it is packed with Irish pubs and Italian restaurants.  Over the past few years though there have been several great additions and variety added to the dining scene.  Some of my favorite barbecue and Mexican cuisine can be found on Madison.  Another great spot is Scratch Kitchen & Lounge which joined the ranks in 2013.  The name Scratch comes from the fact they make everything on their menu from scratch right down to the ketchup and mustard.

Their mission statement is “A few things done perfectly, served in a fun environment, with great service.”  The menu is just that, simple but with lots of variety: Fries, Mac and Cheese, Burgers, and Sandwiches.  Each category has about eight different varieties to choose from.  They are especially known for their burgers and mac and cheese which they were featured for on Chicago’s Best TV.

Kevin and I have dined here several times and love the casual atmosphere and delicious food.  They even serve all of the beers in cans which is a fun touch.  Here are some of the menu items we have tried. 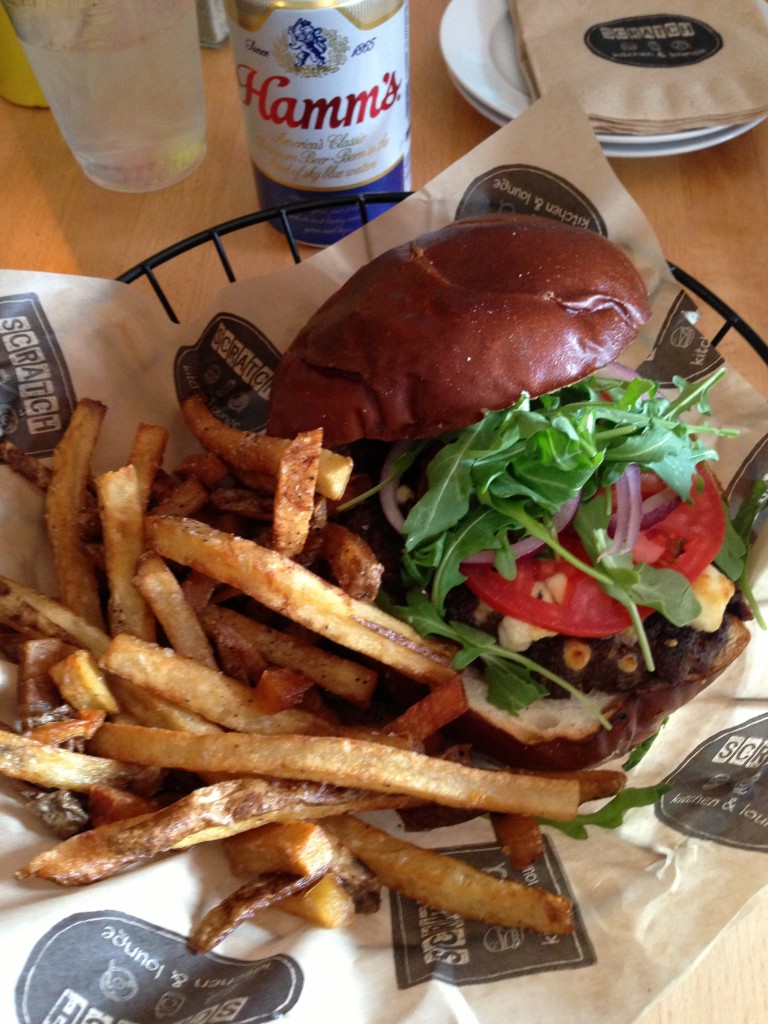 Pulled Pork Sandwich: Slow Roasted Pulled Pork, Carolina BBQ, Tangy Slaw, and House Brined Bread and Butter Pickles on a Butter Bun.  I usually opt for one of the sandwiches and this is my favorite.  The sandwich is pretty big though so I usually only eat half.  I have also tried the Brined Chicken Sandwich which has great flavor but was a little too salty for my liking.

Baja Fish Tacos: Beer Battered Fish with Slaw, Salsa, and Ancho Crema.  These are a Friday special but worth going in for.  The fish is extremely light even with the beer batter and pairs wonderfully with the tangy slaw. 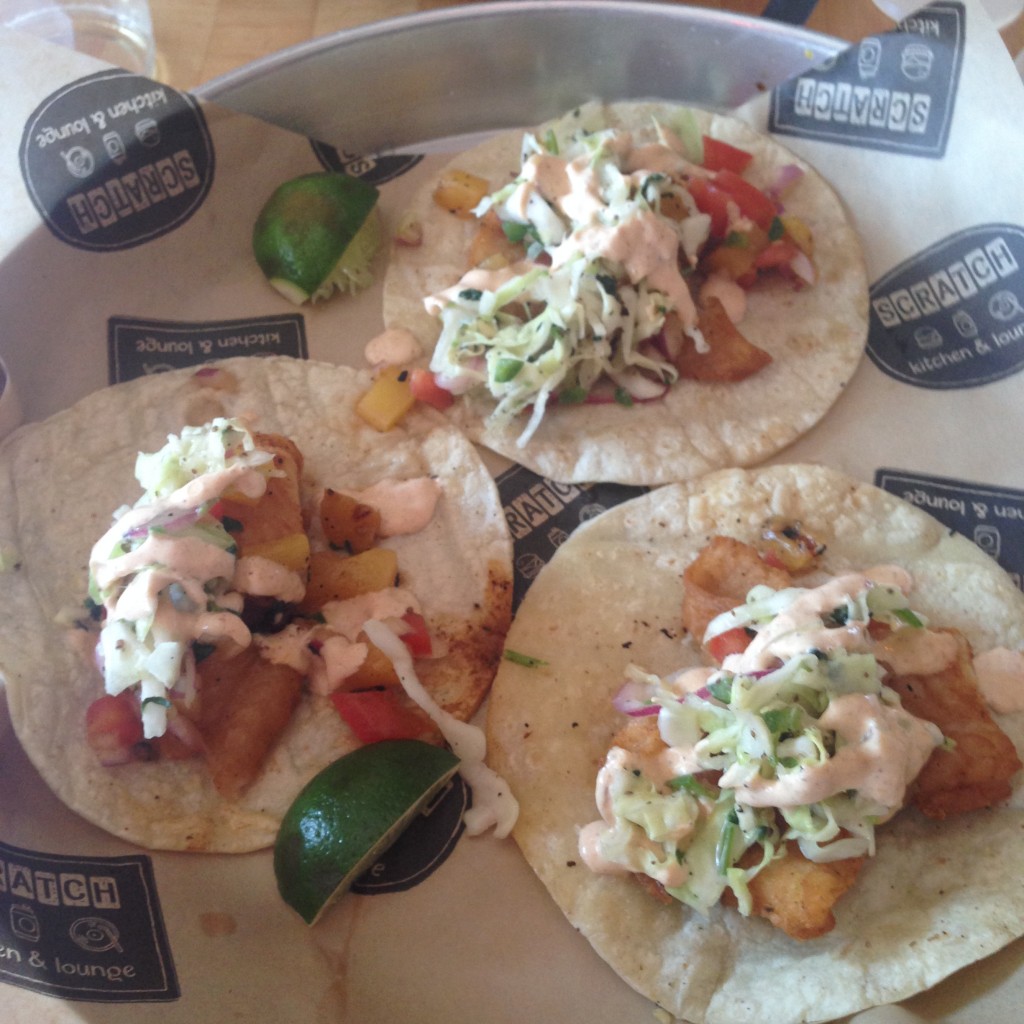 Pulled Pork “Taco”: Slow Roasted Pork, Chopped White Onion, Roasted Tomatillo-Cilantro Salsa, Melted Provolone, and Ancho Crema served on Naan bread.  The one time I ordered this it was definitely not what I expected.  I guess that’s why “taco” is in quotes.  The flavors were great, but I found this hard to eat.  I ended up eating it more like a fork and knife pizza.

The fries at Scratch or “spuds” as they call them are also really good!  They have several different variations including the Tex-Mex and Mediterranean.  We generally like to keep it simple and some of our favorites are the Truffle Parmesan and European Butter and Garlic.

I have yet to try their mac and cheese but am always eyeing it at the tables around us.  I definitely foresee a trip this winter to try some.