THURSDAY | Kevin and I drove down to West Lafayette on Wednesday afternoon and spent the evening hanging out with my family and watching Planes, Trains, and Automobiles.  On Thanksgiving morning we all got up early and participated in a Turkey Trot 5K.  It was a beautiful day and a great way to get in a little exercise before Thanksgiving dinner. 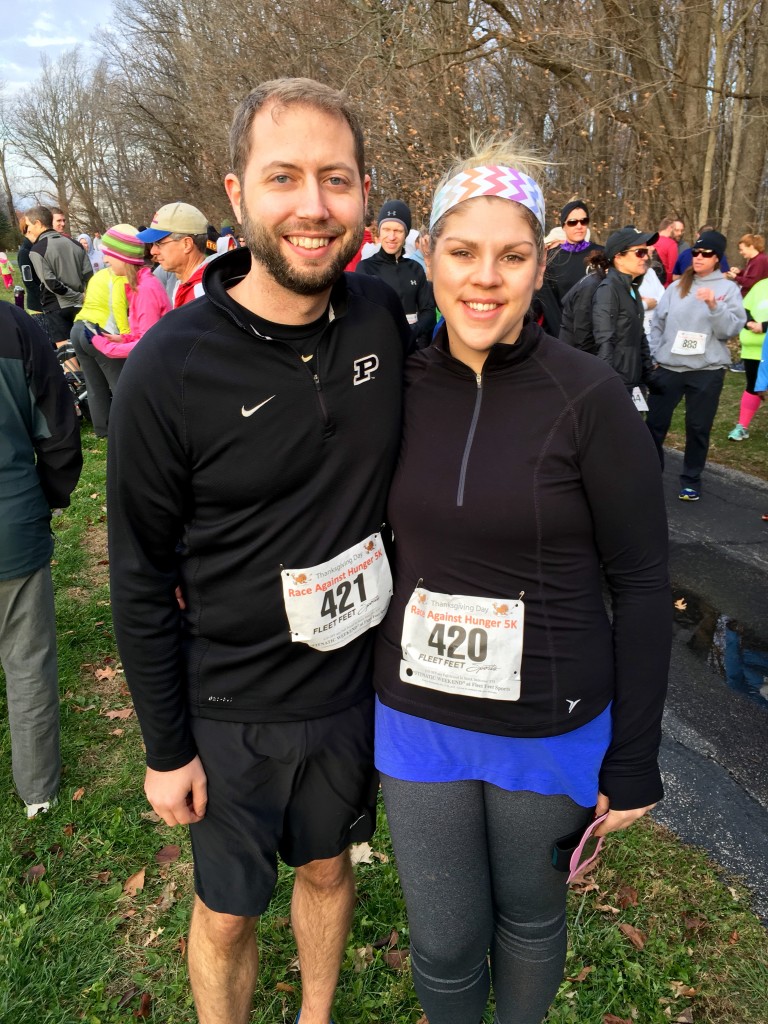 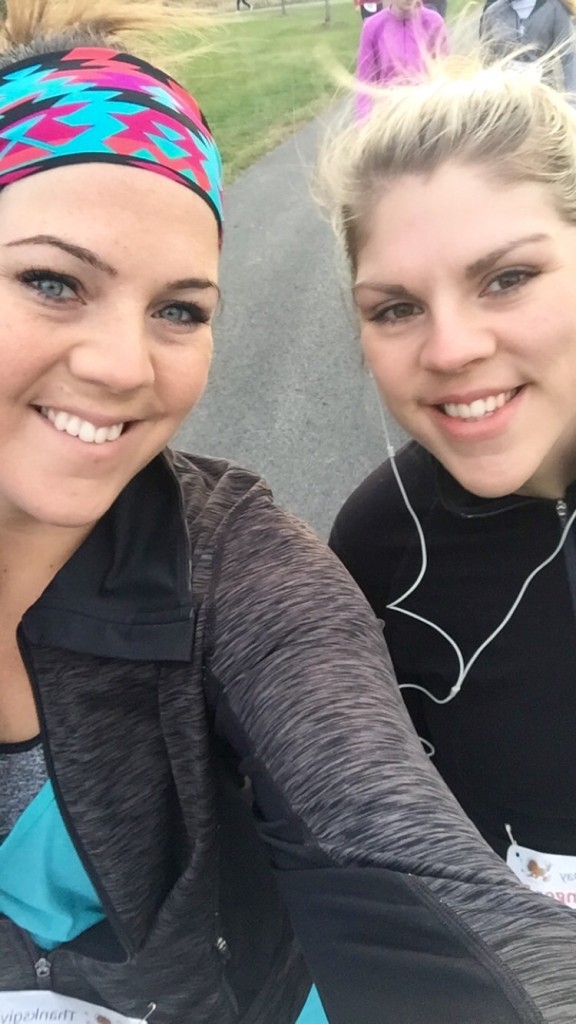 After the race we headed back to my sister’s house to prep for the rest of the day.  Hilary hosted Thanksgiving dinner at her house this year and put together the most beautiful tablescape (whenever I use that word I think of Sandra Lee…anyone else?)! 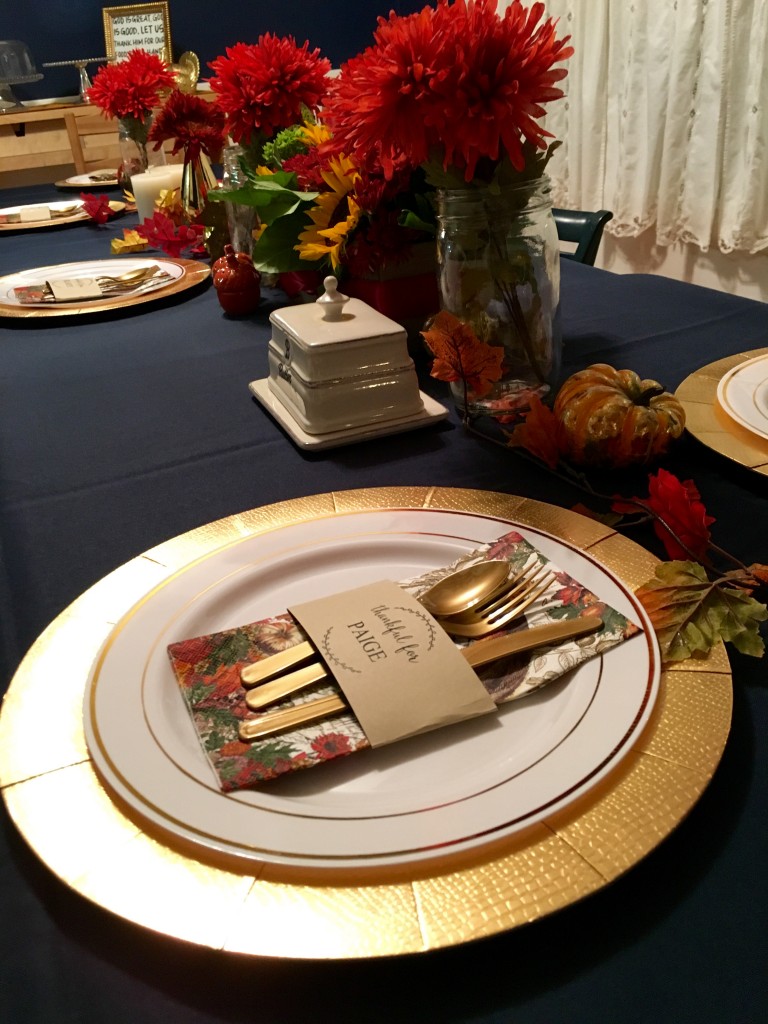 She put together a delicious snack spread which we enjoyed while watching the Macy’s Thanksgiving Day Parade. 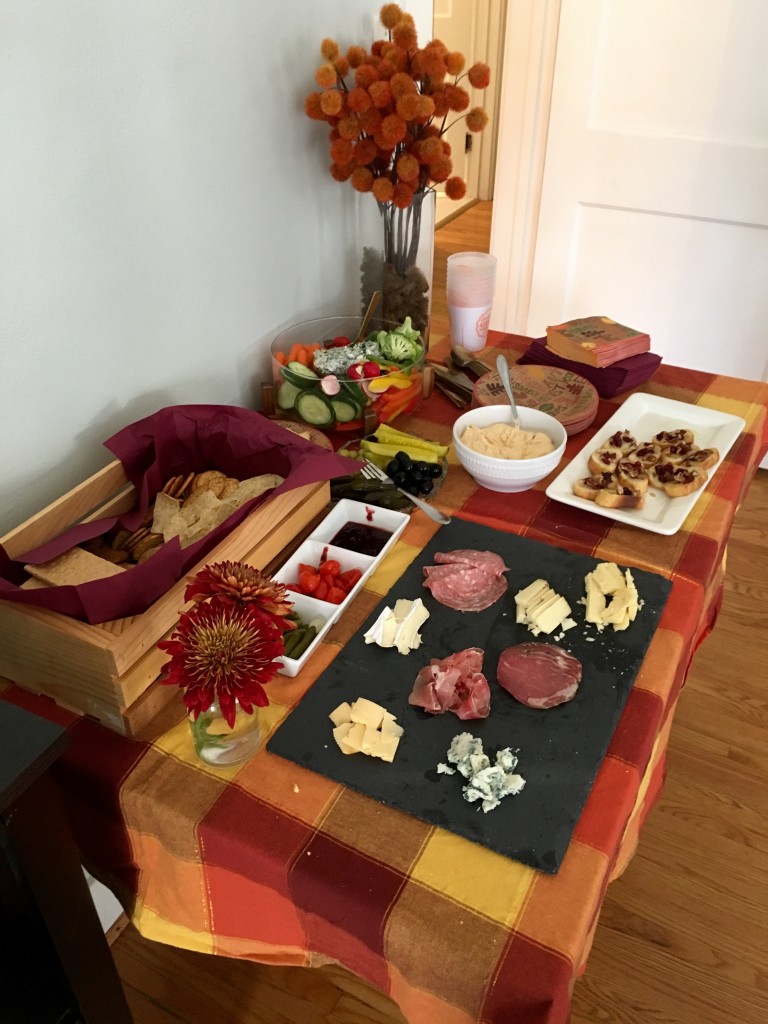 My grandparents and Aunt Susan joined us from Louisville and it was so great to visit with them for the afternoon!

Kyle and Faith also drove up from Alabama and I am always grateful for time spent with them. 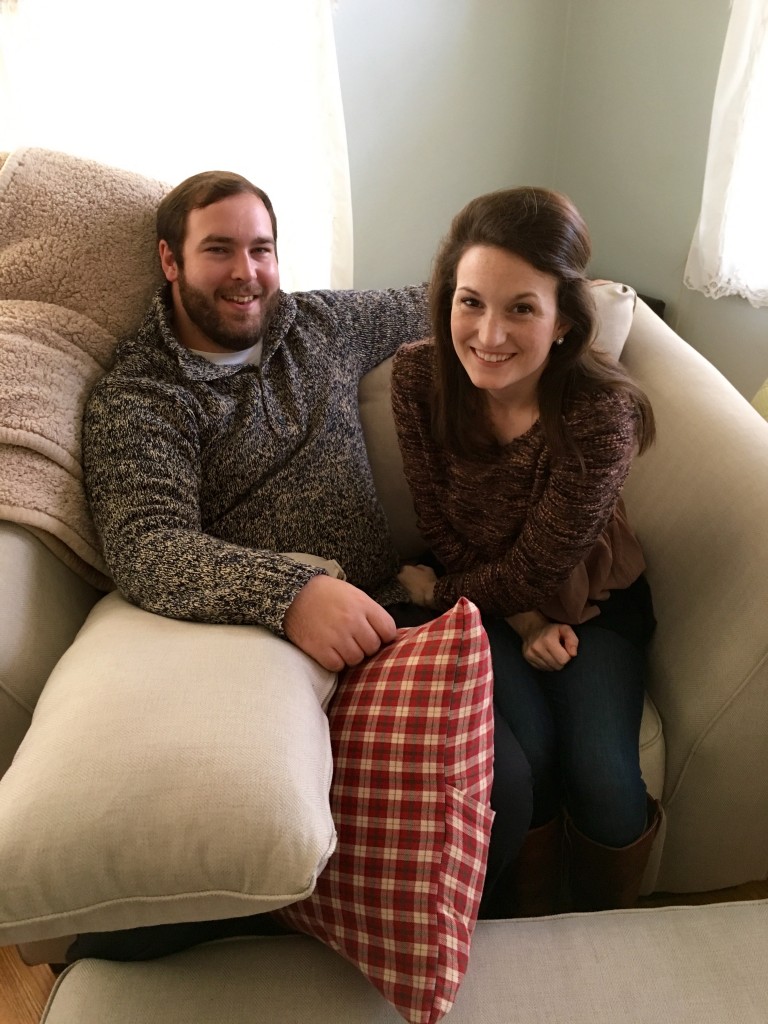 We had quite the spread this year including a delicious turkey Hilary made. 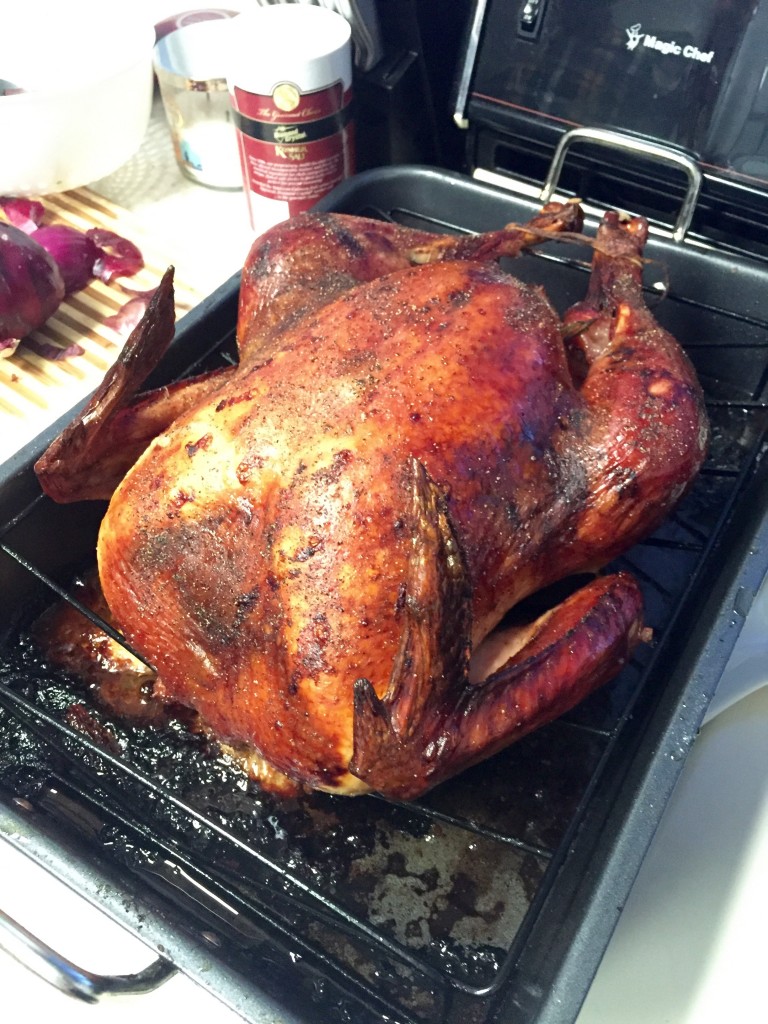 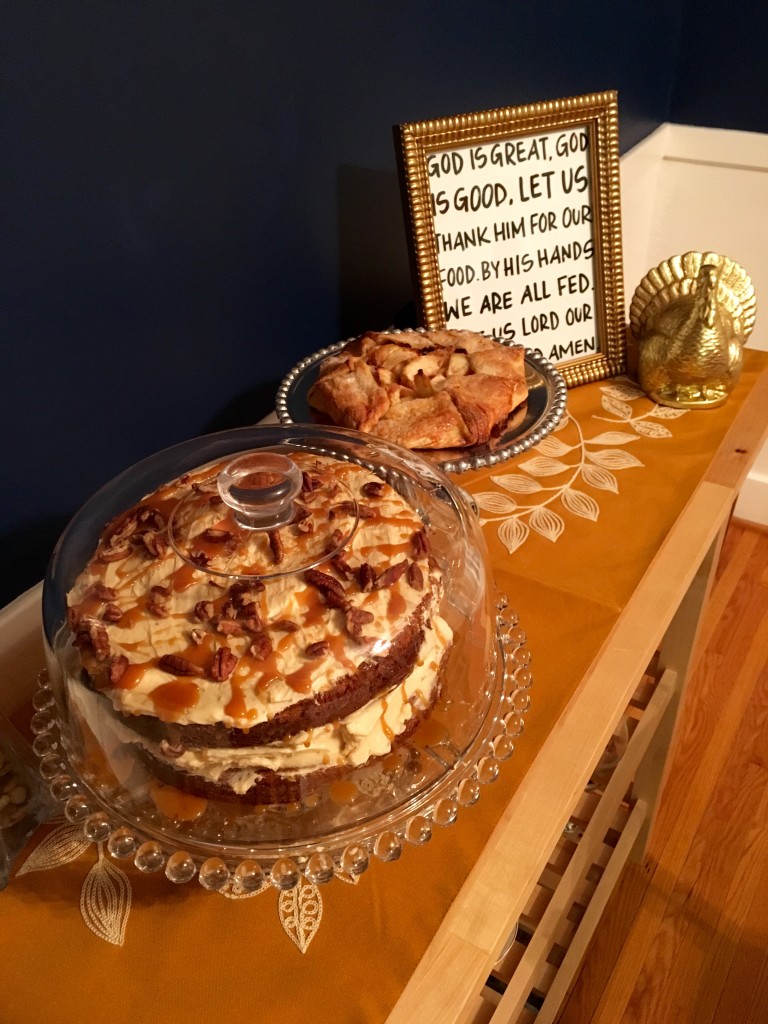 It was a wonderful day spent with family and we have so much to be thankful for! 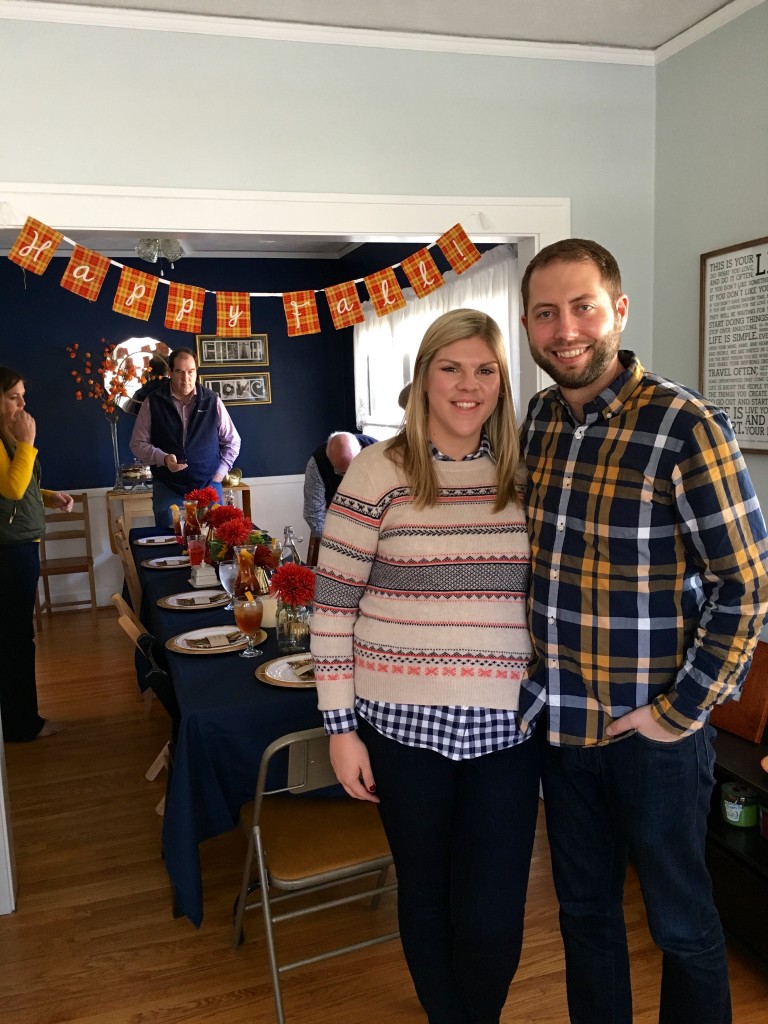 Later that afternoon my grandparents and aunt drove back home to Louisville and the rest of us spent the evening playing games.  We played Family Feud and several rounds of The Fishbowl Game which was quite hilarious.  We laughed pretty hard!  We ended the night with the Bears vs. Packers game.  My family are Packers fans and Kevin obviously cheers for the Bears so it was a house divided.  Some of us were happy with a Chicago win!

Unfortunately, Kyle and Faith had to head home early the next morning so our time with them was short.  We still had a wonderful Thanksgiving day though!  Thanks to our hostess with the mostest! 🙂 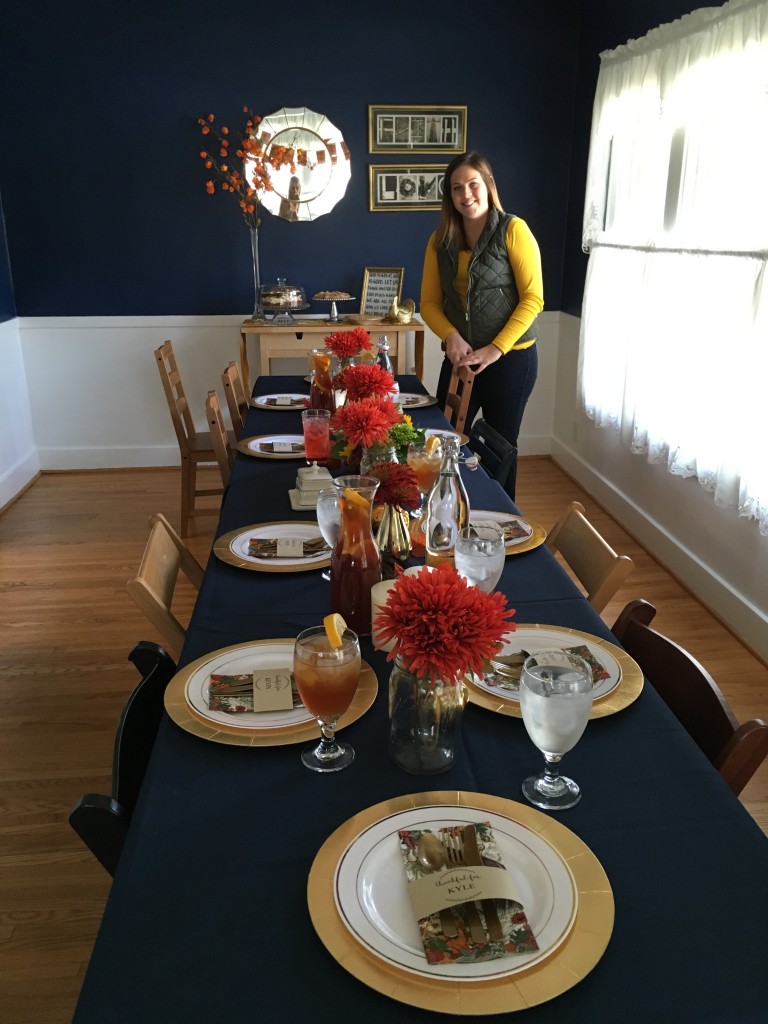 FRIDAY | It literally rained all day on Friday so there wasn’t much to do outside.  My high school was in the state championship football game so my dad and Hilary drove down to Indy for the game.  Kevin and I stayed back and did a little Target shopping with my mom.  We also watched the second half of the game on TV.  Later that evening Kevin and I picked up the Entourage movie from Redbox and watched that while hanging out with my sister at her house.

SATURDAY | Kevin was looking forward to this day for weeks.  The Purdue football, volleyball, and basketball teams all played at home so this day was dedicated to Purdue sports.  We met my mom and dad in the morning for the football game.  We started the day at the 211 Session (pep rally) in Mackey Arena.  I always love watching the band play! 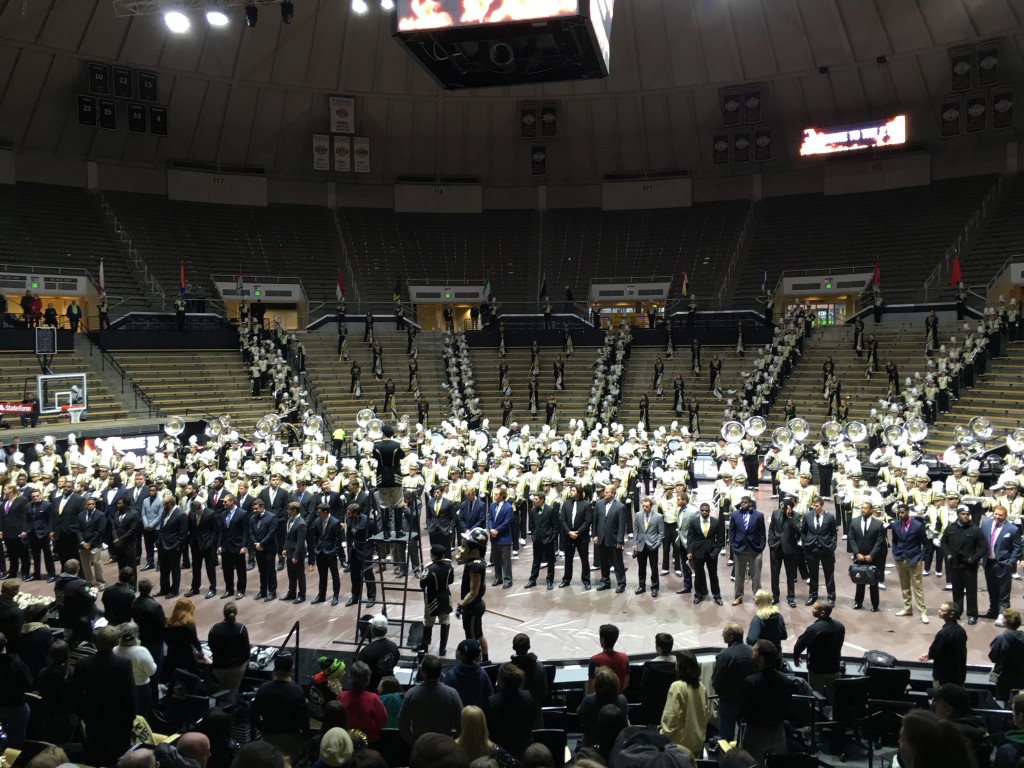 We also watched the band march around the stadium before heading onto the field. 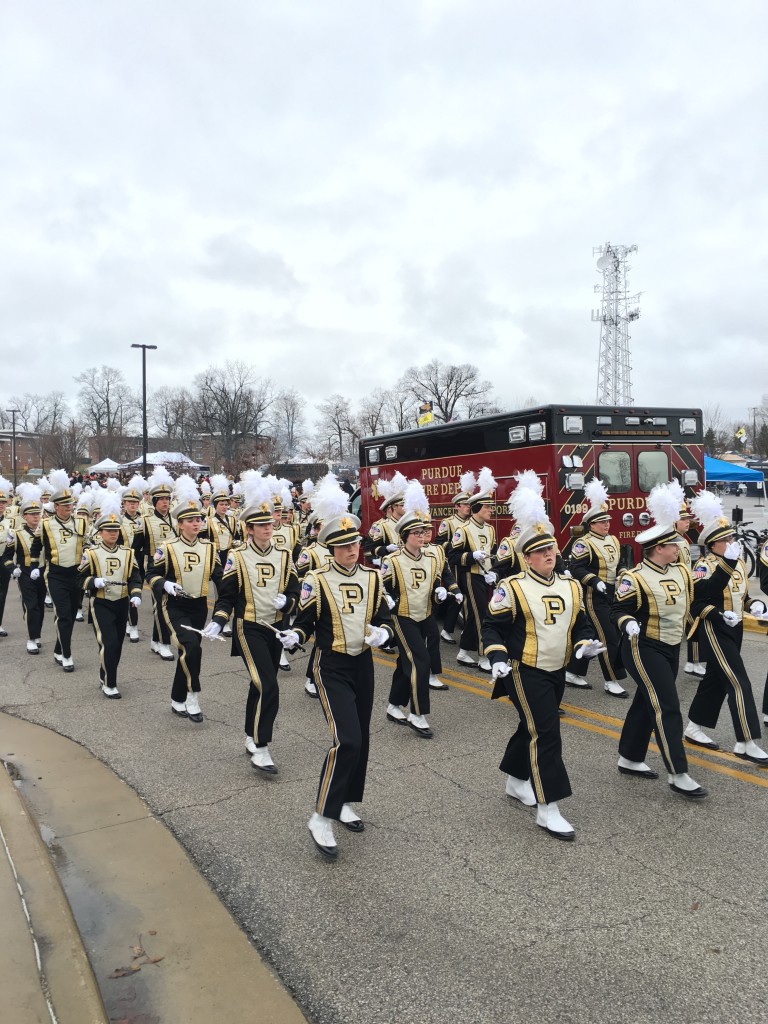 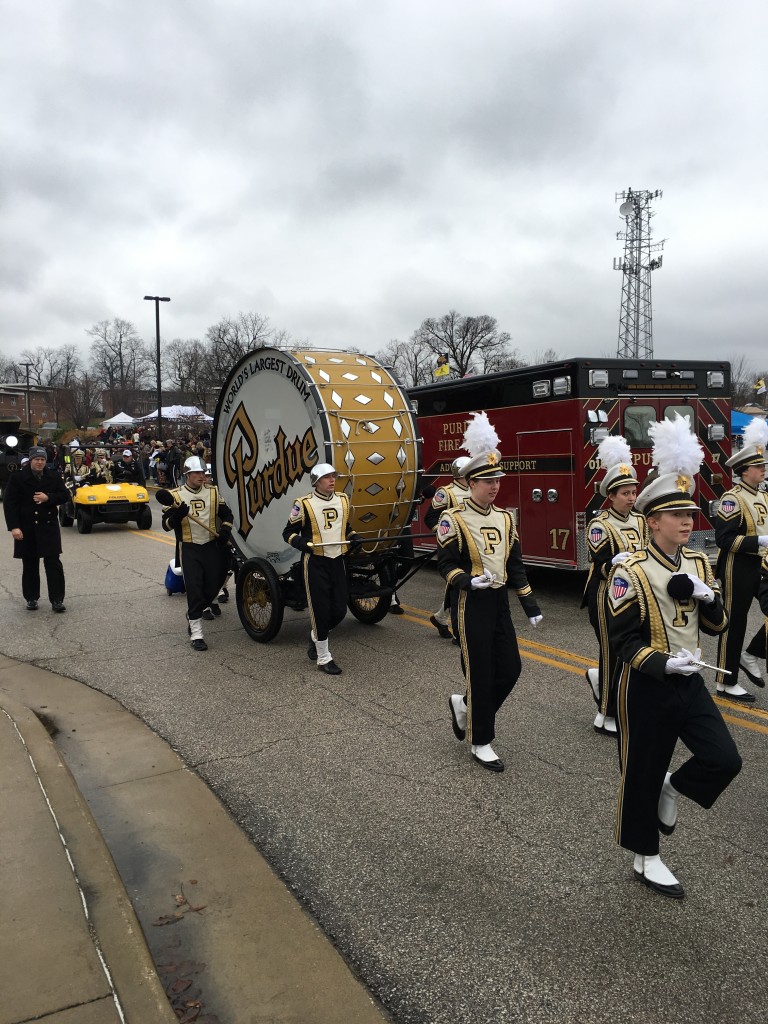 We also showed my parents our brick! 🙂 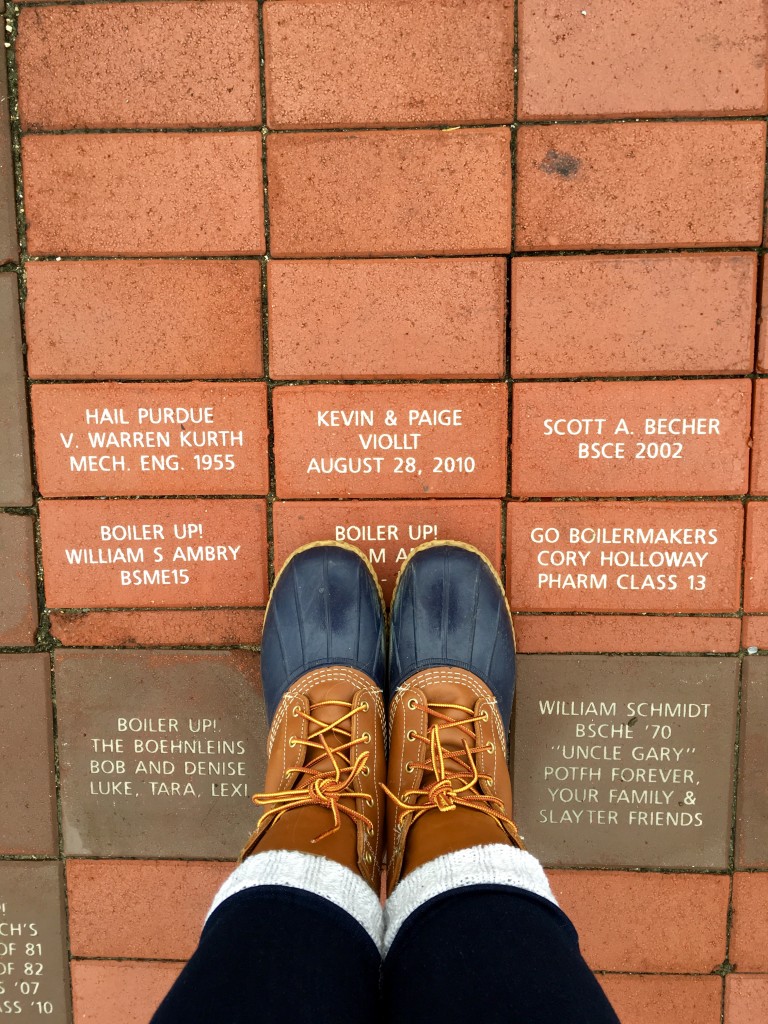 I had high hopes for the game, but sadly we lost to our rival IU.  We still had a lot of fun at the game though! 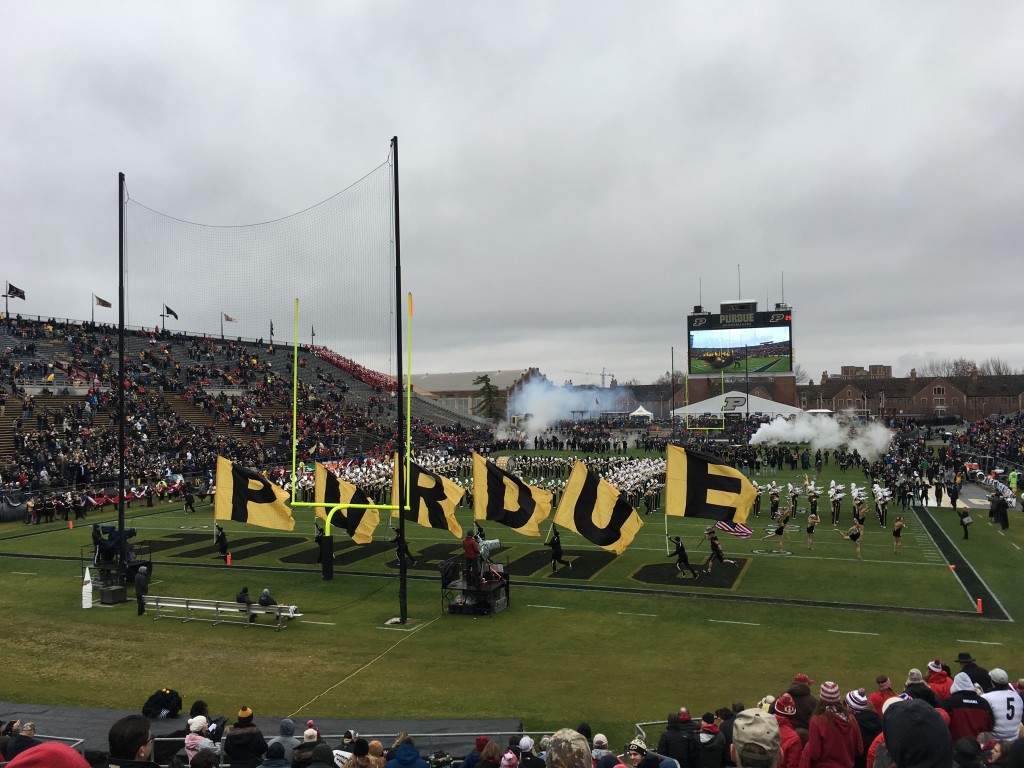 It was actually freezing and our toes were completely numb so we decided to leave during the third quarter and head across the street to Stacked Pickle to finish watching the game inside.  I had a really good Southwest Cobb Salad. 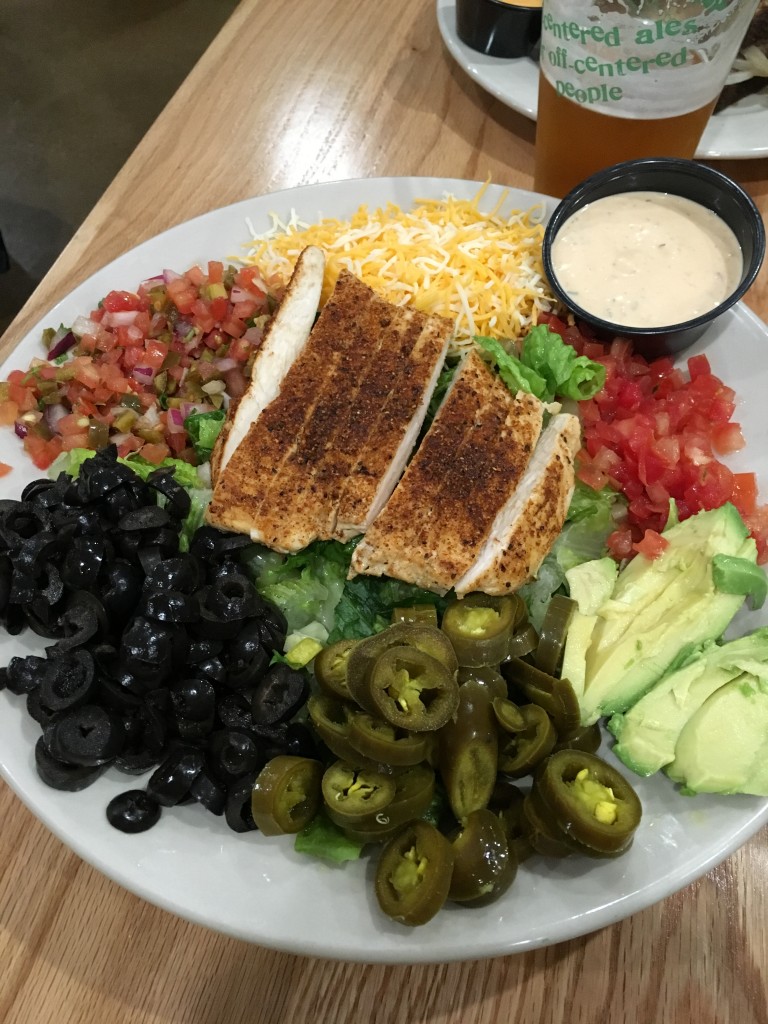 We tried to get tickets the volleyball game that afternoon, but they were sold out.  Instead we went back to my sister’s house and watched part of the Iron Bowl before my dad picked us up for the basketball game.  I hadn’t been to a Purdue basketball game in years and we had so much fun!  Our team is ranked #11 so they will be really fun to watch this year. 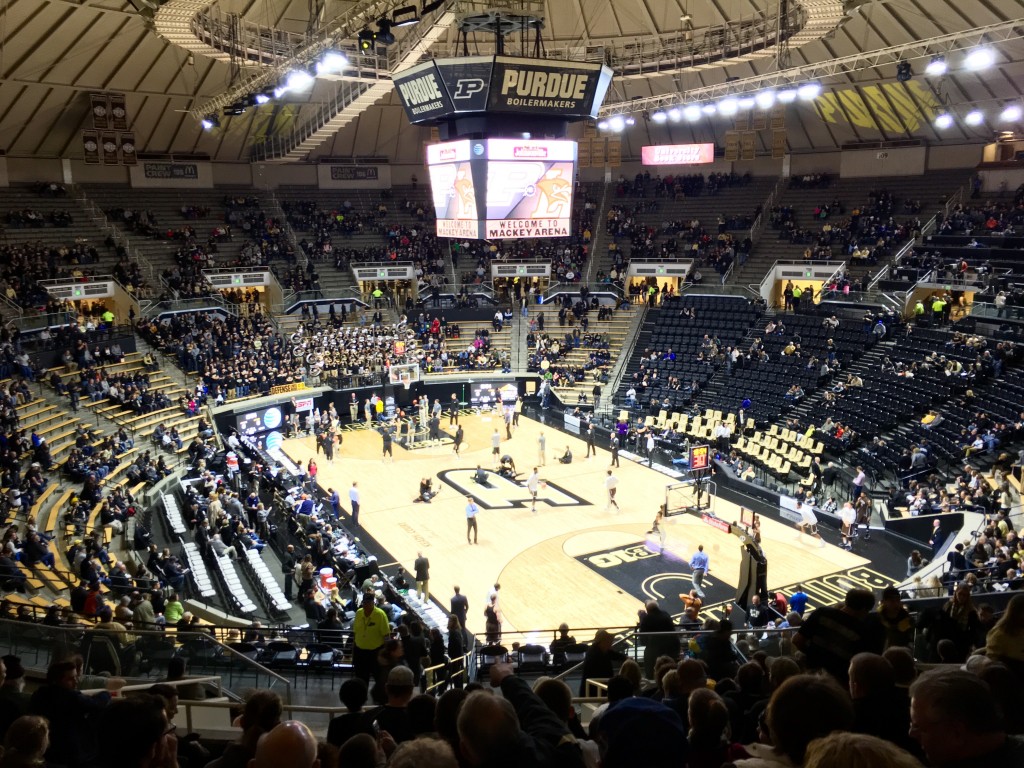 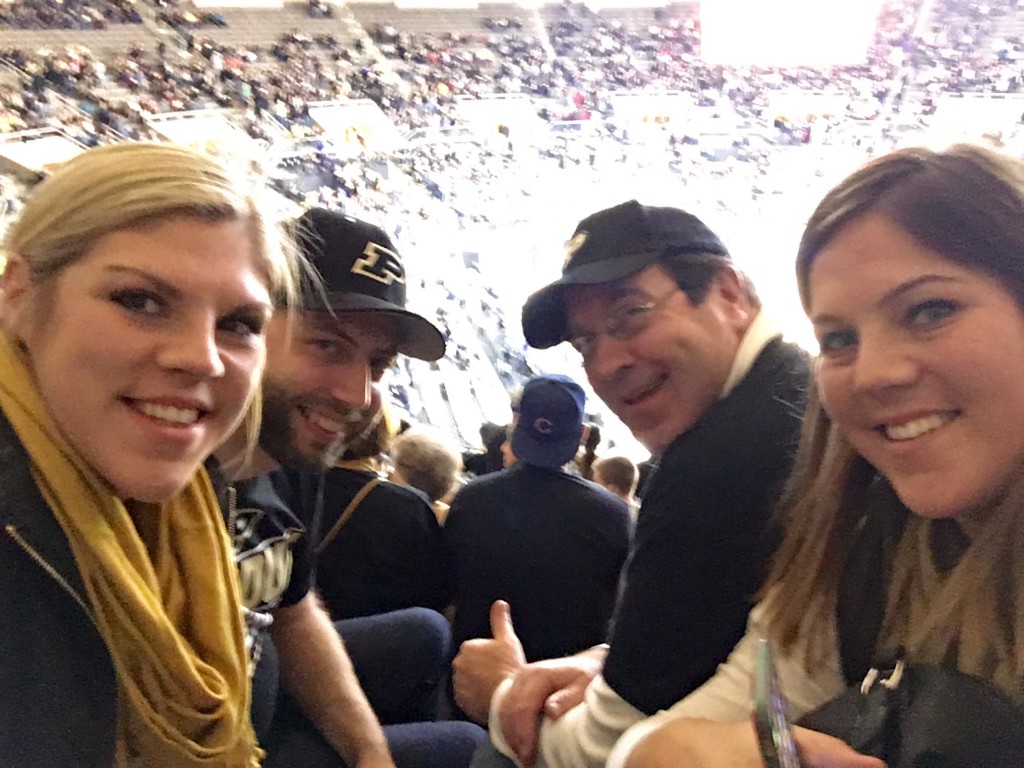 Hilary submitted our picture and we made it on the jumbo tron TWICE!

Such a fun day on campus!

SUNDAY | We met my parents for brunch at Another Broken Egg Cafe before hitting the road back to Chicago.

Once we got home we ran a couple of errands and then spent the rest of the day watching Christmas movies.  We watched The Family Stone which is one of my favorites! 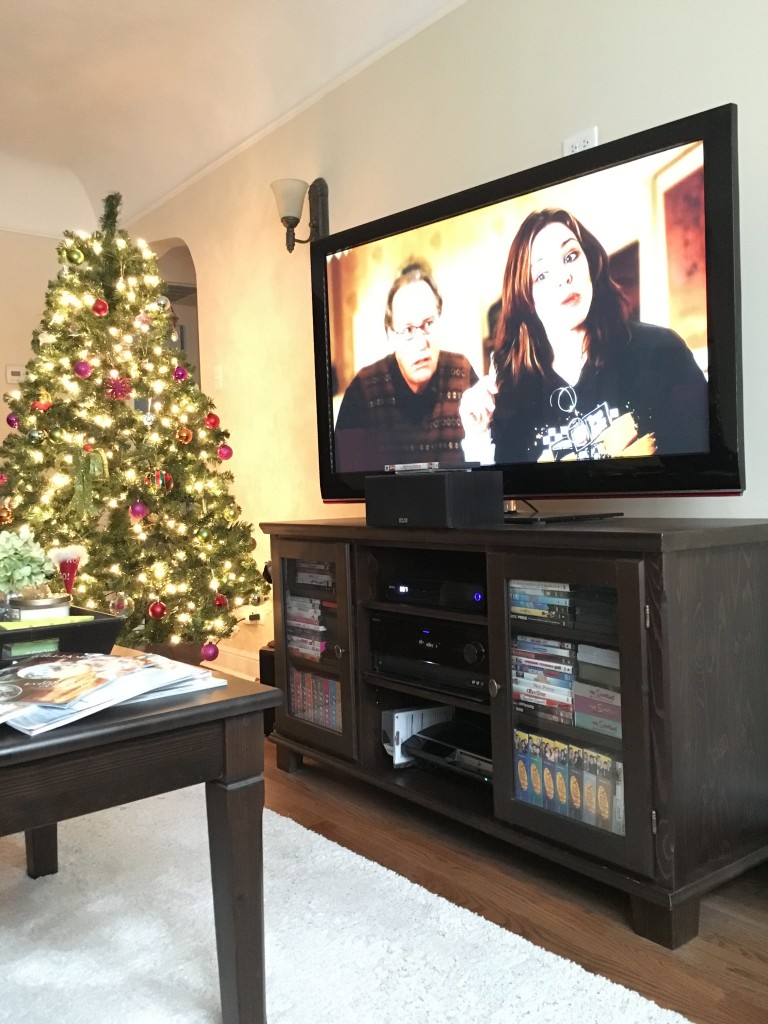 We had a great Thanksgiving break at home and I am excited to be going back again this weekend for the Purdue Christmas Show!