This weekend was exactly what I needed after several busy weekends of travel before.  We had no plans and were able to relax and get caught up on things around the house.  I finally feel like I will be back in a good routine this week.

FRIDAY | Kevin ended up having to work really late so my evening looked a lot like this: 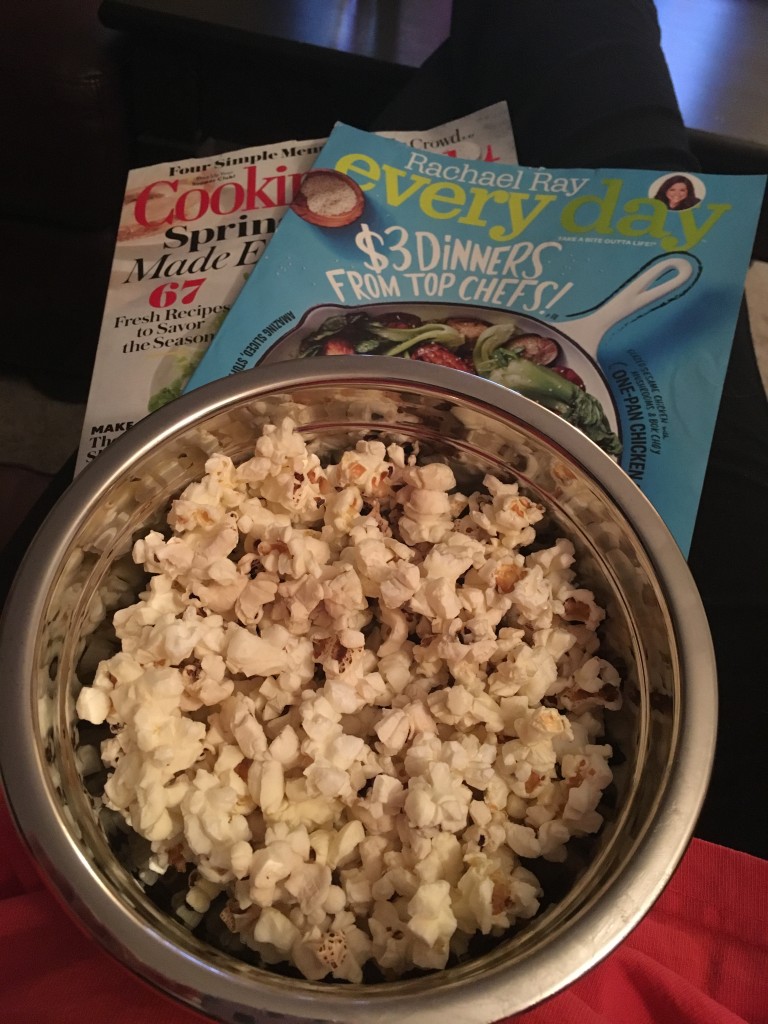 I caught up on Scandal and magazine reading with popcorn for dinner because #WWOPD!

SATURDAY | I went to bed at 9:30 on Friday and slept in until 8 AM!  I never sleep that late anymore and it felt so good to catch up on sleep!  As soon as I woke up I went straight to the grocery store to get our weekly shopping out of the way.  This may be my new favorite time to go as there was no one shopping at that time!  I picked up Starbucks for us and then made breakfast once I got home. 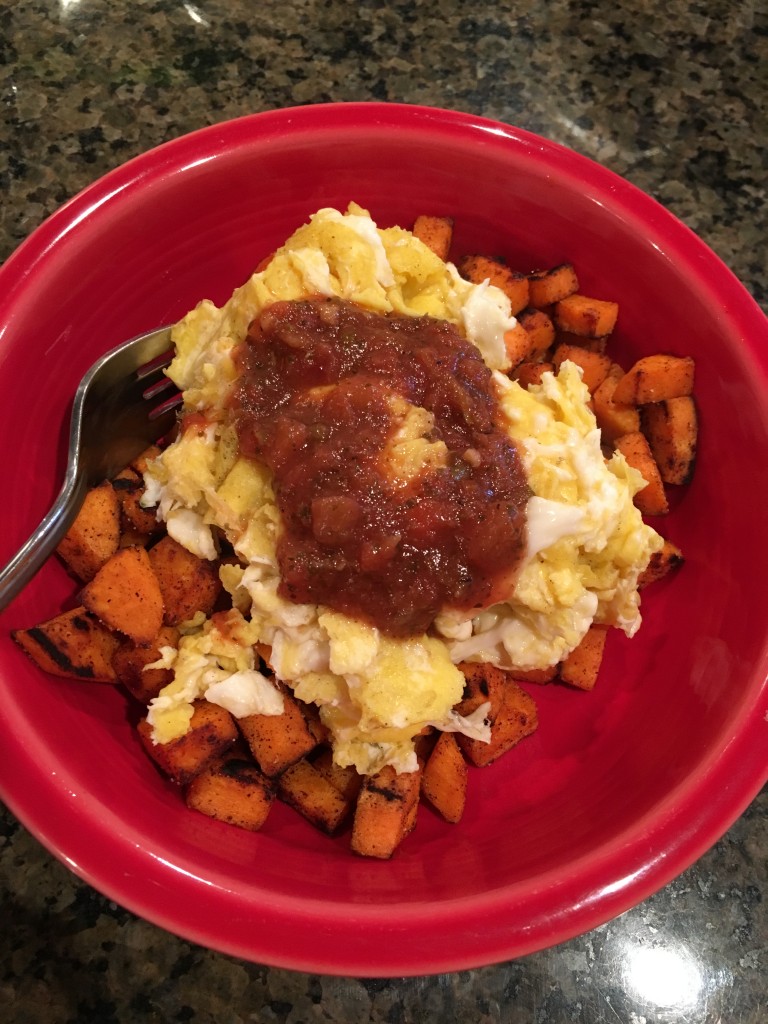 Later that afternoon we decided to venture out for the day.  We stopped by the mall to do a quick exchange and then had lunch at Egg Harbor Cafe.  We got in right before they were closing at 2 PM.  I ordered my go to Santa Fe Rollup sans tortilla so basically chicken salad covered in salsa. 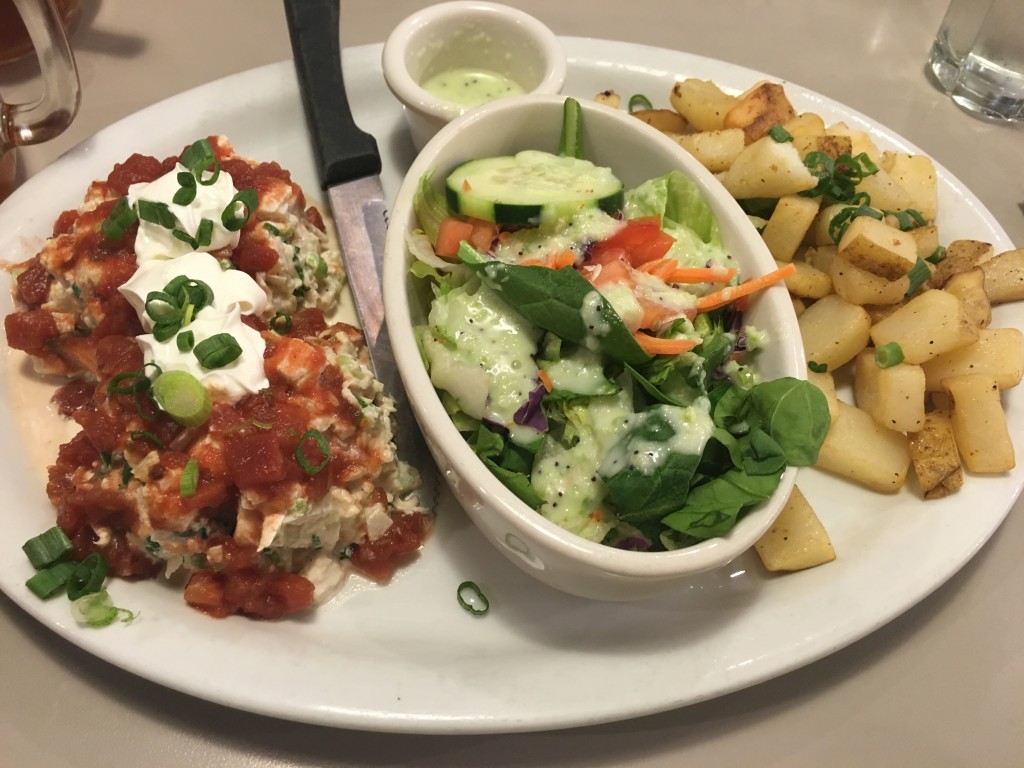 After lunch we stopped by Kevin’s parents’ house they are building to check on the progress.  Last time we were there it had no walls so it was a lot easier to see visualize the layout this time we walked through. 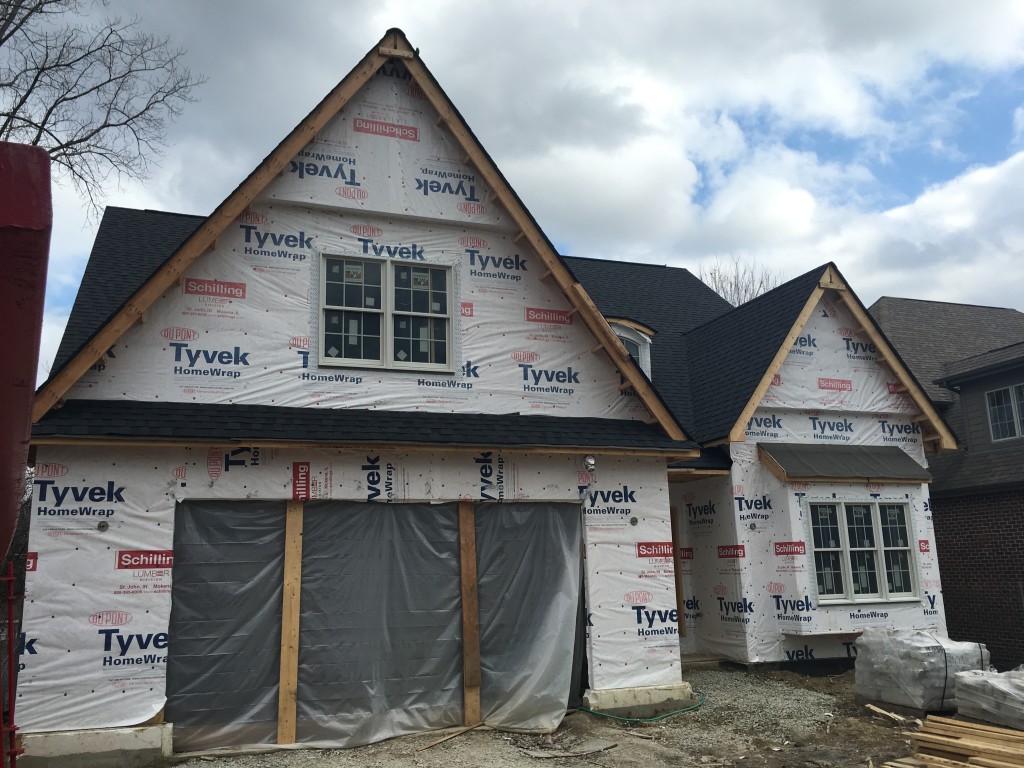 Later that afternoon we decided to do an impromptu brewery tour.  We recently had two breweries open (the first and only two) in Oak Park so we wanted to check them out.  Our first stop was Kinslagher which opened on March 11th.  This brewery focuses on lagers and currently has three beers on tap with two more coming soon.  We really loved the vibe of this place and Kevin enjoyed the beers he tried.

Our next stop was Oak Park Brewing Company.  This brewery was actually having its soft opening this weekend so it was cash only and no food service.  They had five beers on tap and were offering flights for $10 to sample all five. 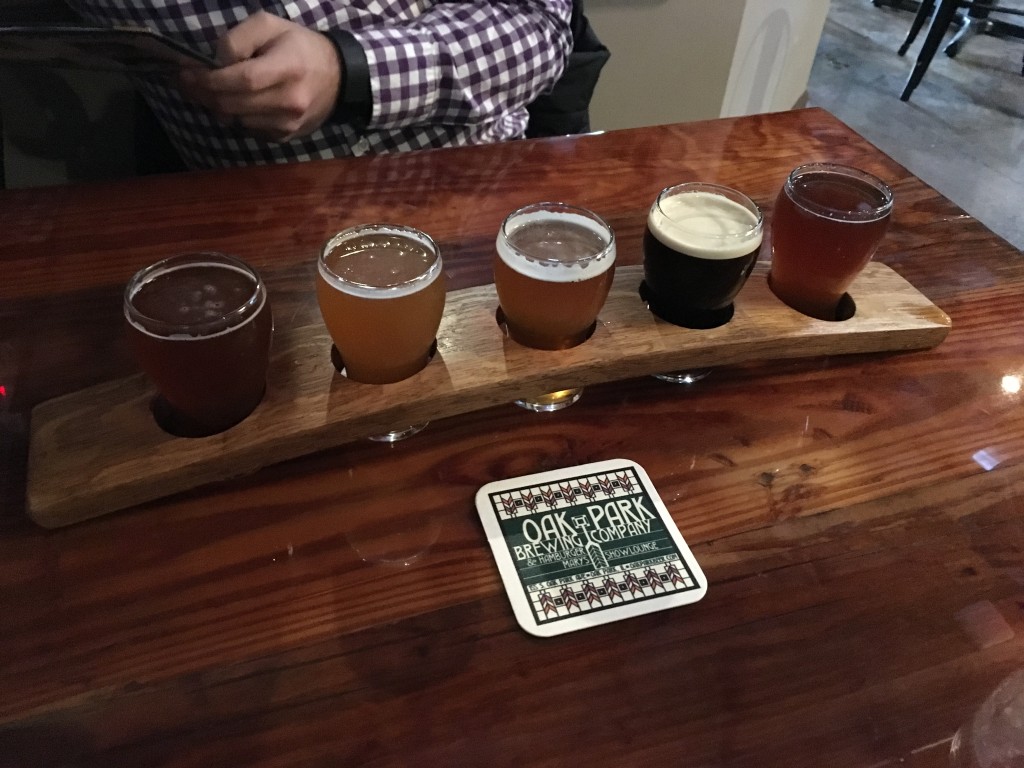 We really enjoyed the casual laid back atmosphere.  This brewery had much more of a sports bar feel than Kinslahger and had TVs so we were able to watch the IU/Kentucky game. 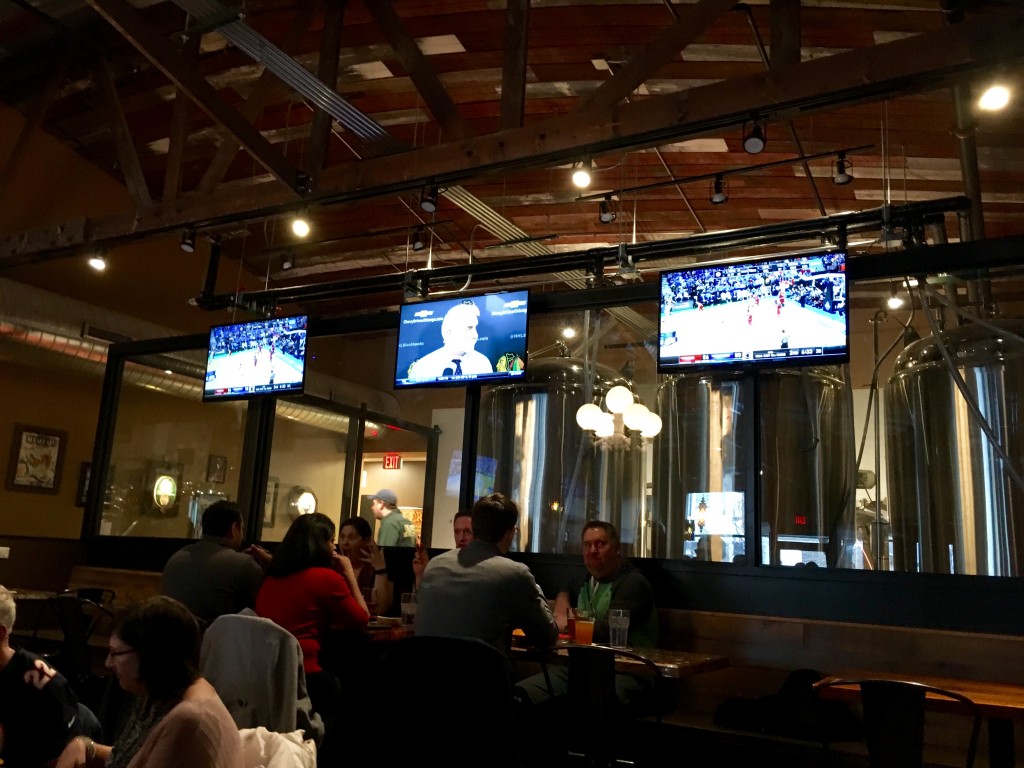 They were also serving free chips and salsa from across the street at Maya del Sol which was awesome and became our dinner. 🙂  Once this location is fully up and running they will have food menus as well.  They also are partnered with Hamburger Mary’s which is right next door and will be opening soon as well. 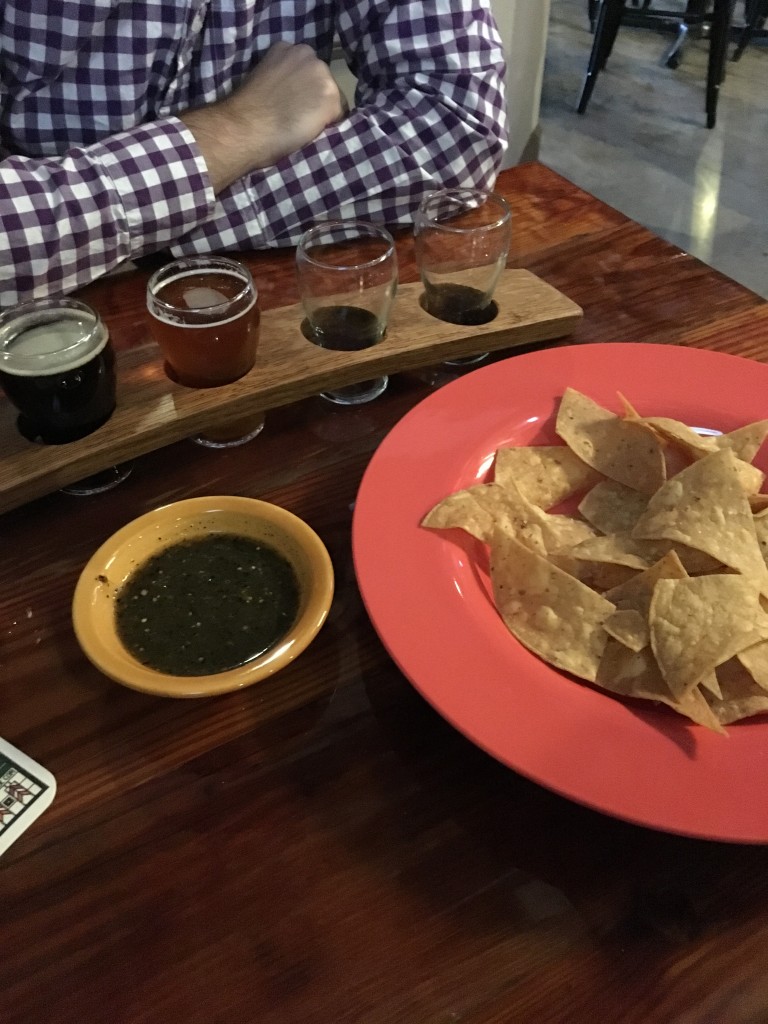 We had plans to end the night at Exit Strategy Brewing Co. which opened last year in Forest Park but sadly they were closed for the evening for a private event.

SUNDAY | We had church in the morning followed by brunch at Marion Street Cheese Market.  An omelet for me and eggs benny for Kevin. 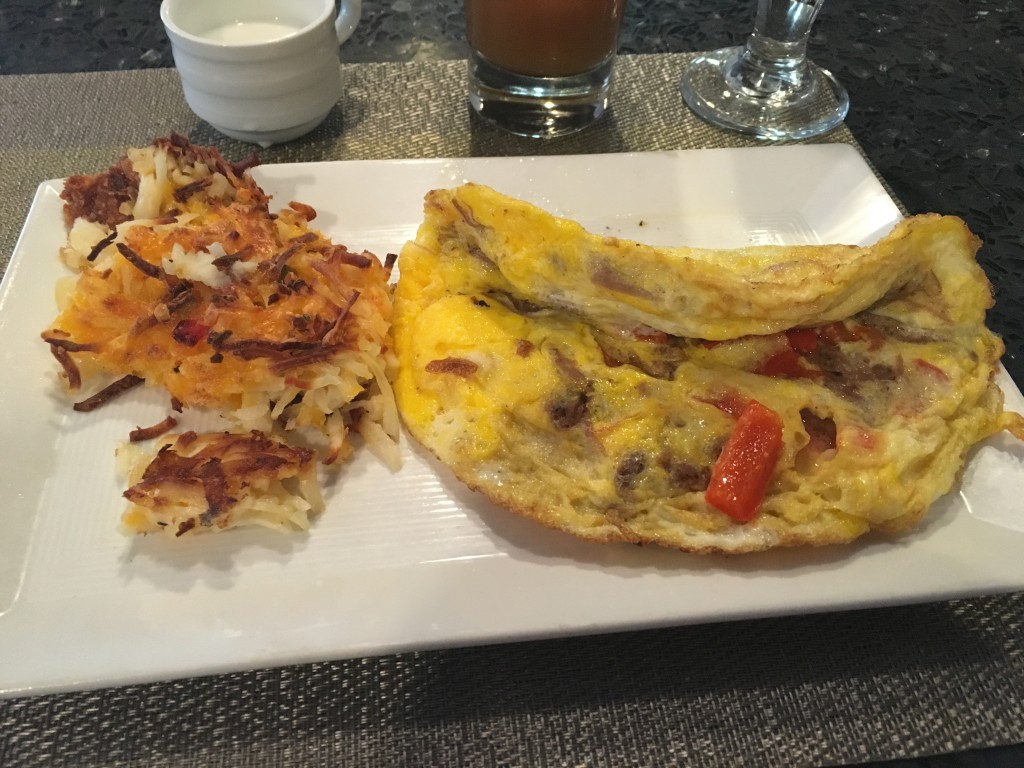 We walked around downtown Oak Park for a while before heading back home.  Kevin did our taxes (fun stuff) while I meal prepped for the week. 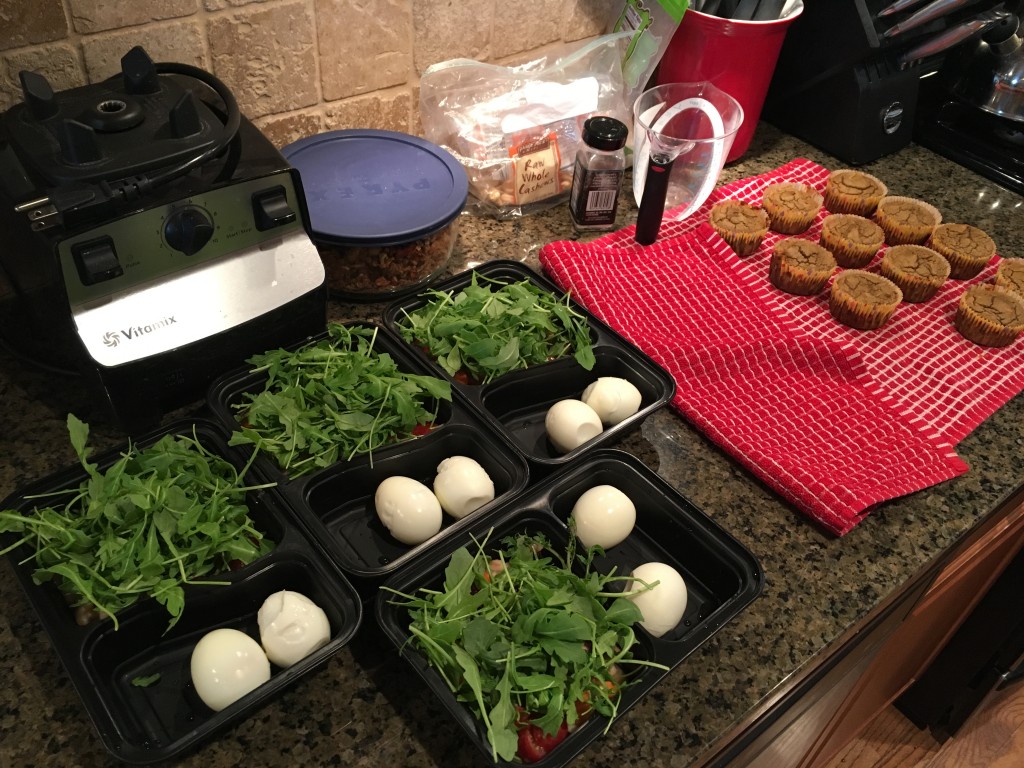 We then got sucked into watching several episodes of The People vs. OJ Simpson.  We’re both hooked and I recommend watching it On Demand if you haven’t already. 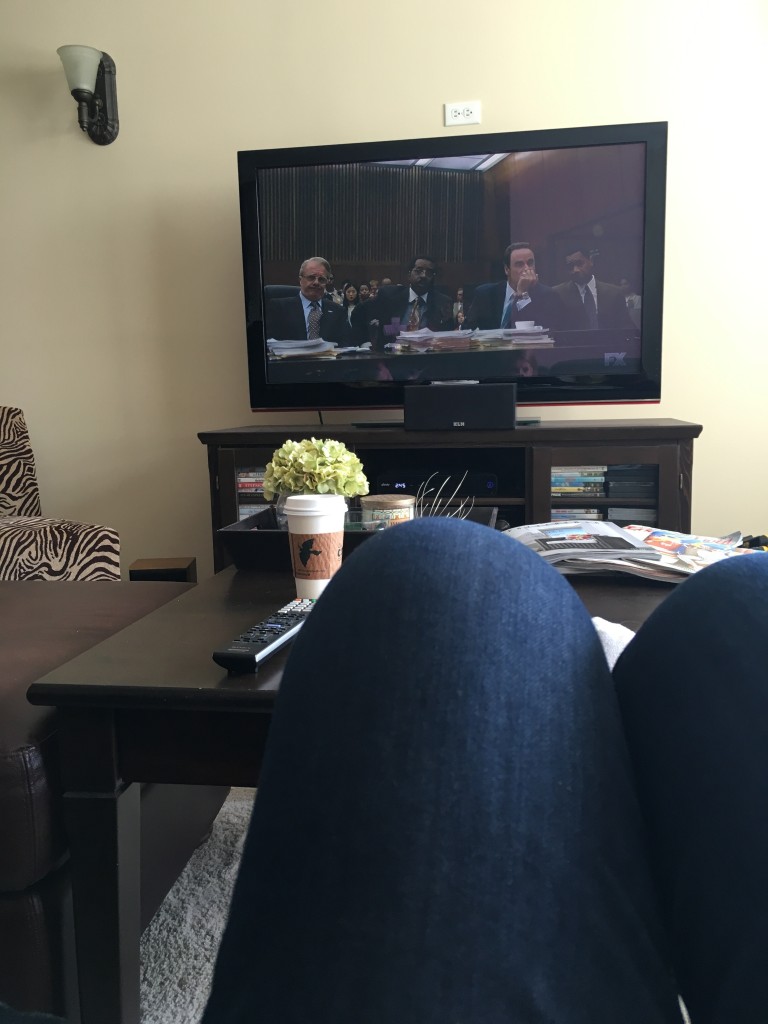 I hope you all had a good weekend!