This post is super late at going up so I apologize for my tardiness.  We had a beautiful Memorial Day weekend in Chicago so I do want to share it with you all.

FRIDAY | We had a low key night at home and I made Chicken Lime-Avocado Salads from Hello Fresh for dinner.  We received a free week of meals from my friend Jacki which was nice to try.  Everything we had was good, but Kevin and I both agreed we have liked all of our boxes from Blue Apron better. 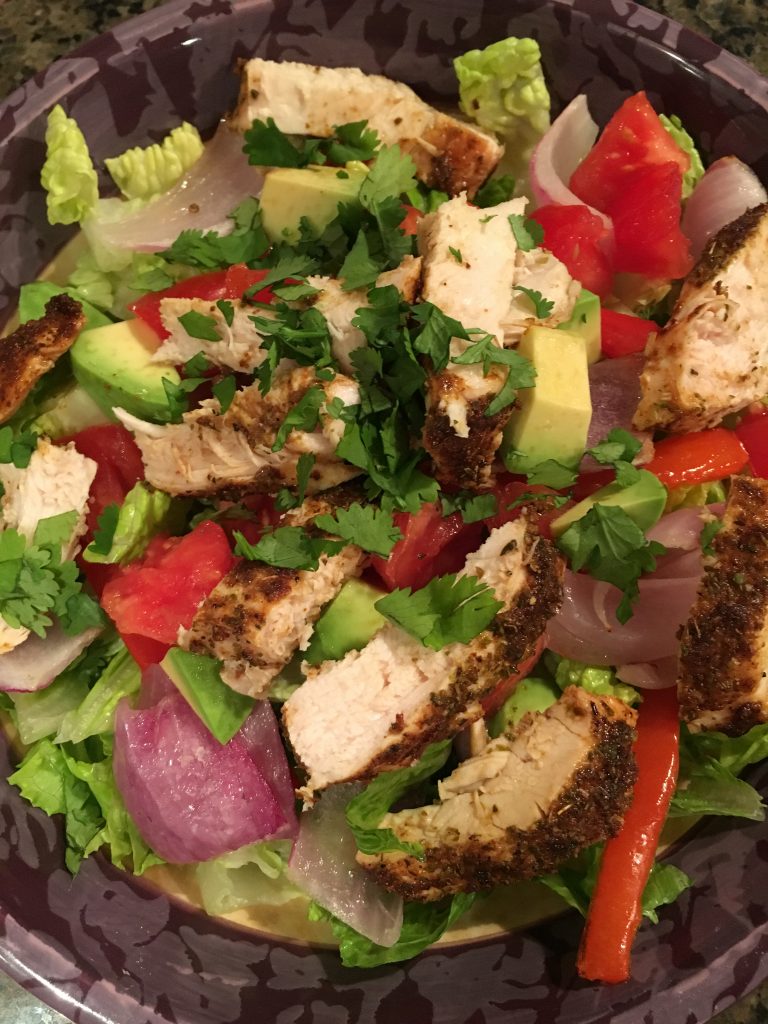 SATURDAY | We decided to explore downtown Geneva for the day.  I read about their great French Market online and wanted to go.  Unfortunately, I got the days mixed up and the market is on Sundays not Saturdays.  Oops!  We still had a great time exploring and they have the cutest little downtown area. 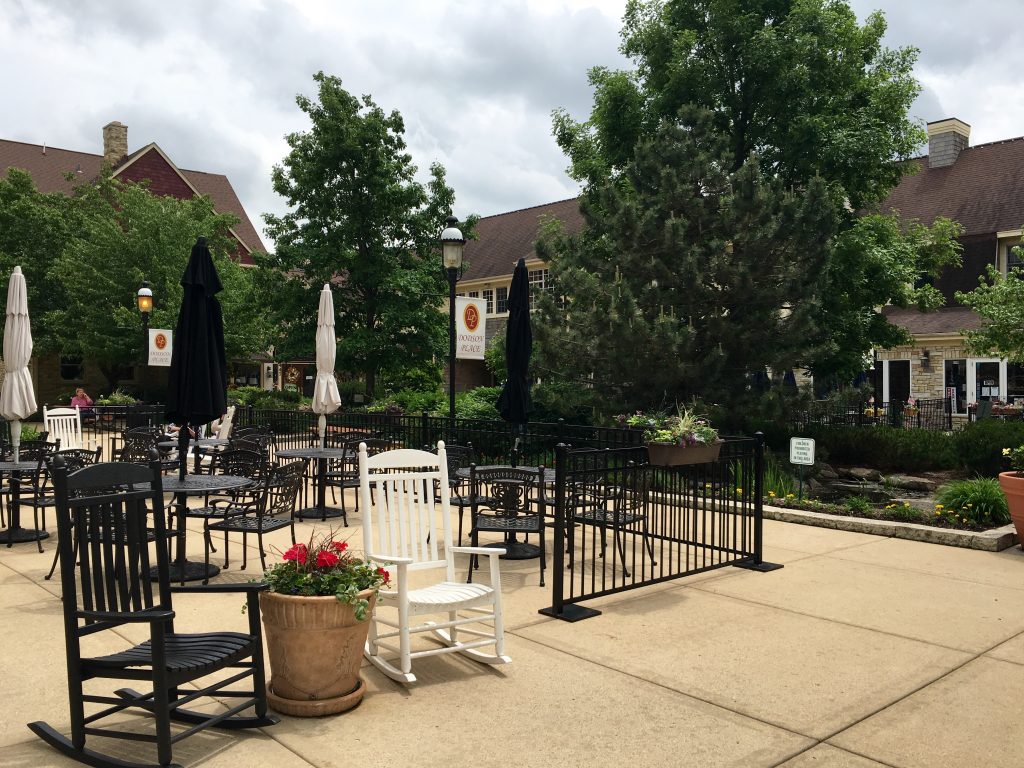 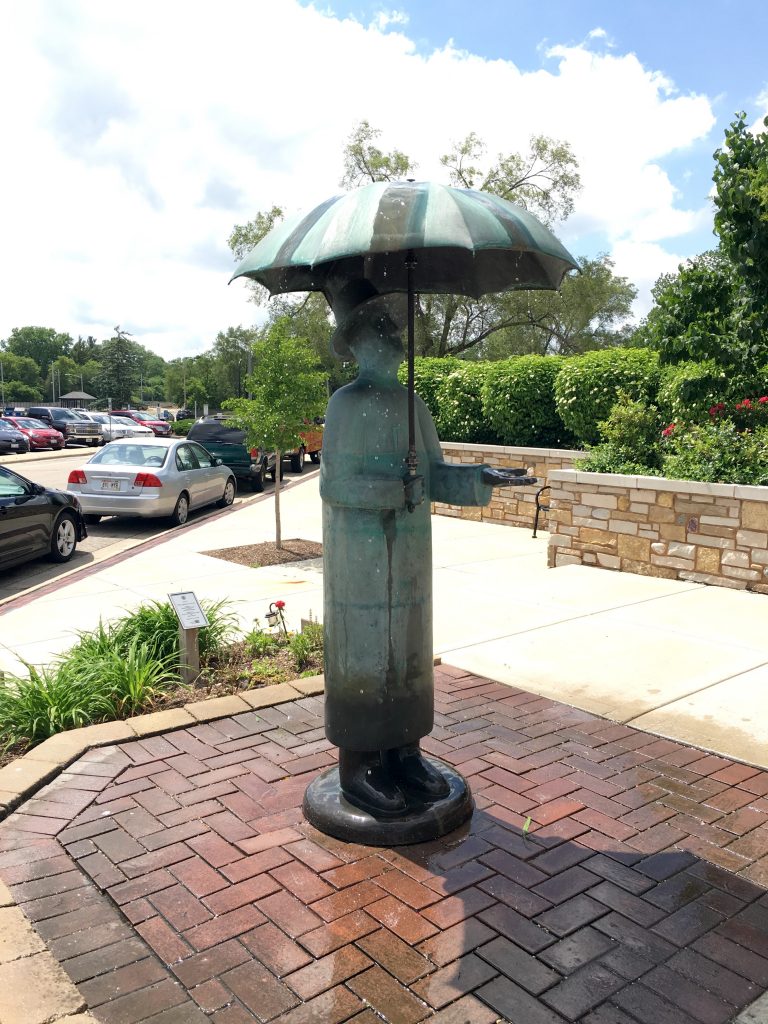 We had lunch at Egg Harbor Cafe.  I ordered an omelet with bacon and avocado which was delicious! 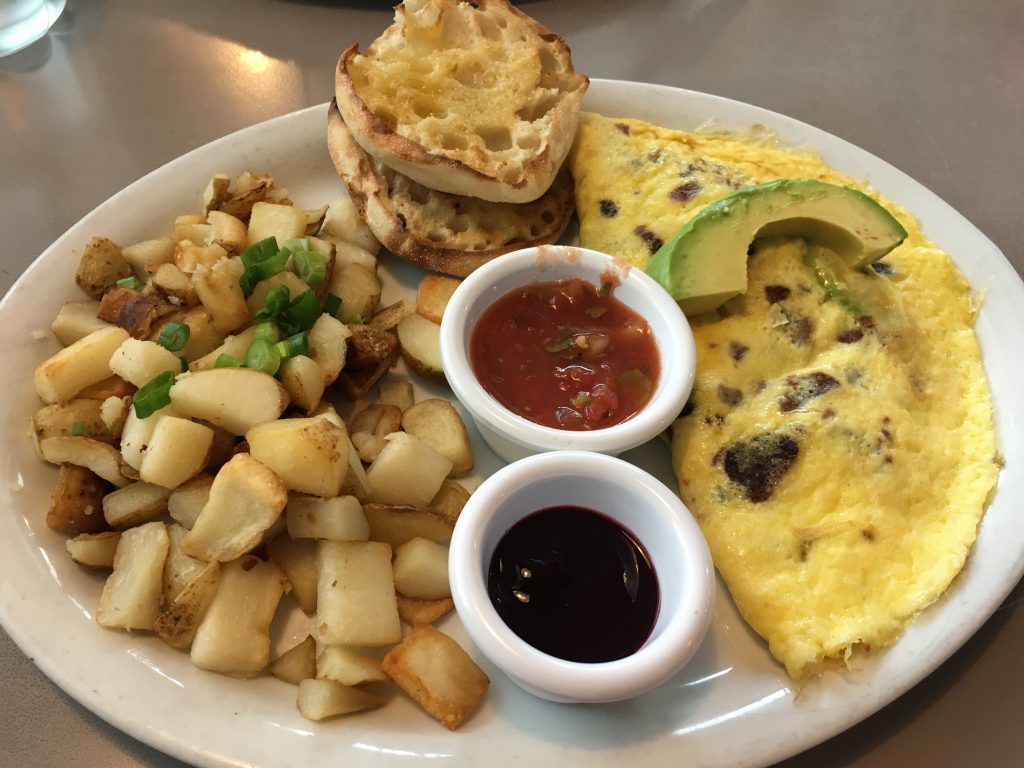 Geneva is located along the Fox River so we also walked down to the river which was very pretty. 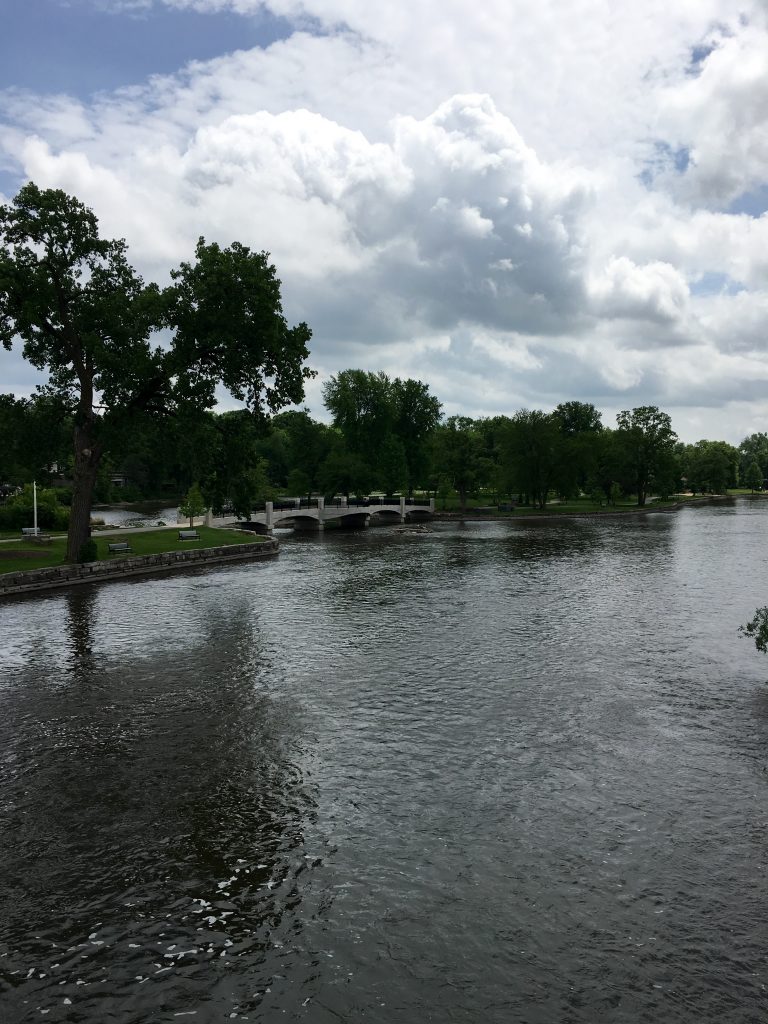 After spending several hours in Geneva, we did a little shopping at the outlet mall.  A David’s Tea happened to open in the mall that day and we were given free drink coupons which was awesome. 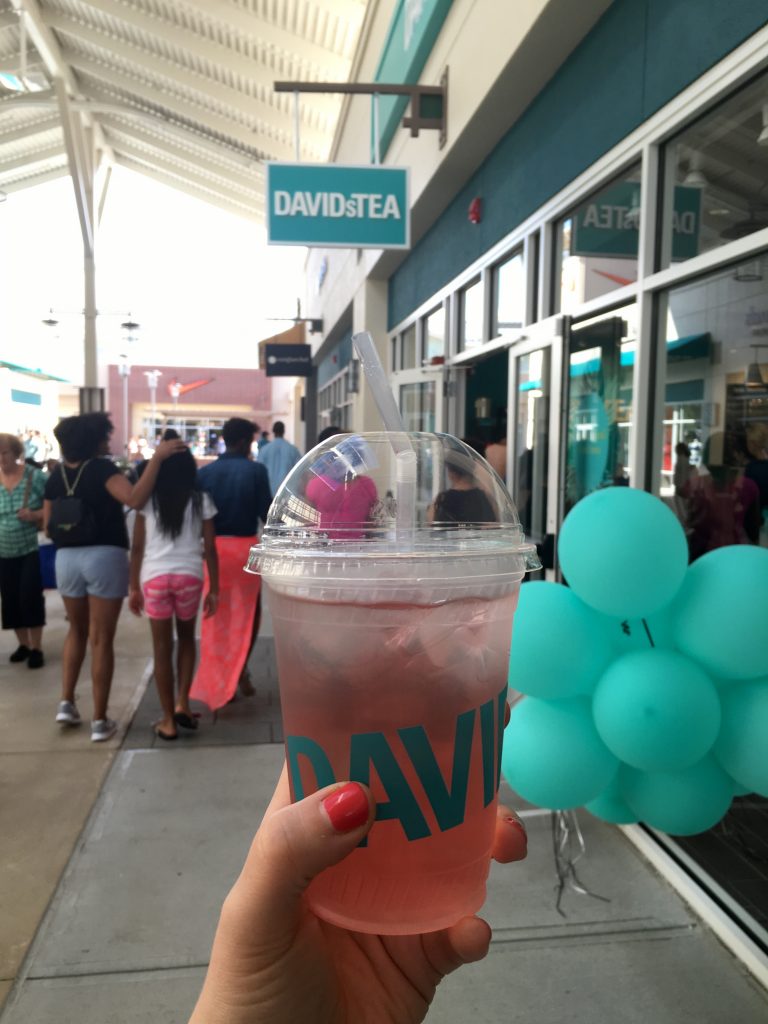 We ventured over to downtown Naperville next on our tour of the western suburbs.  We ate dinner outside on the patio at Potter’s Place.  Tacos just scream summer to me. 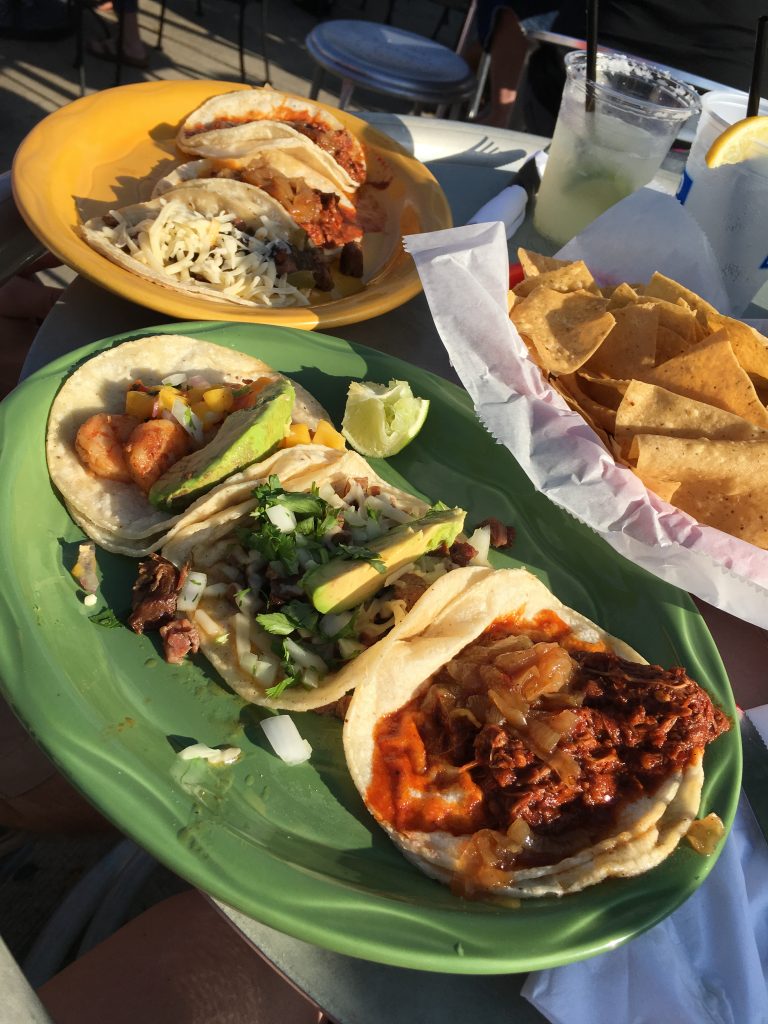 After we ate we walked along the river walk which was super crowded because it was such a nice day. 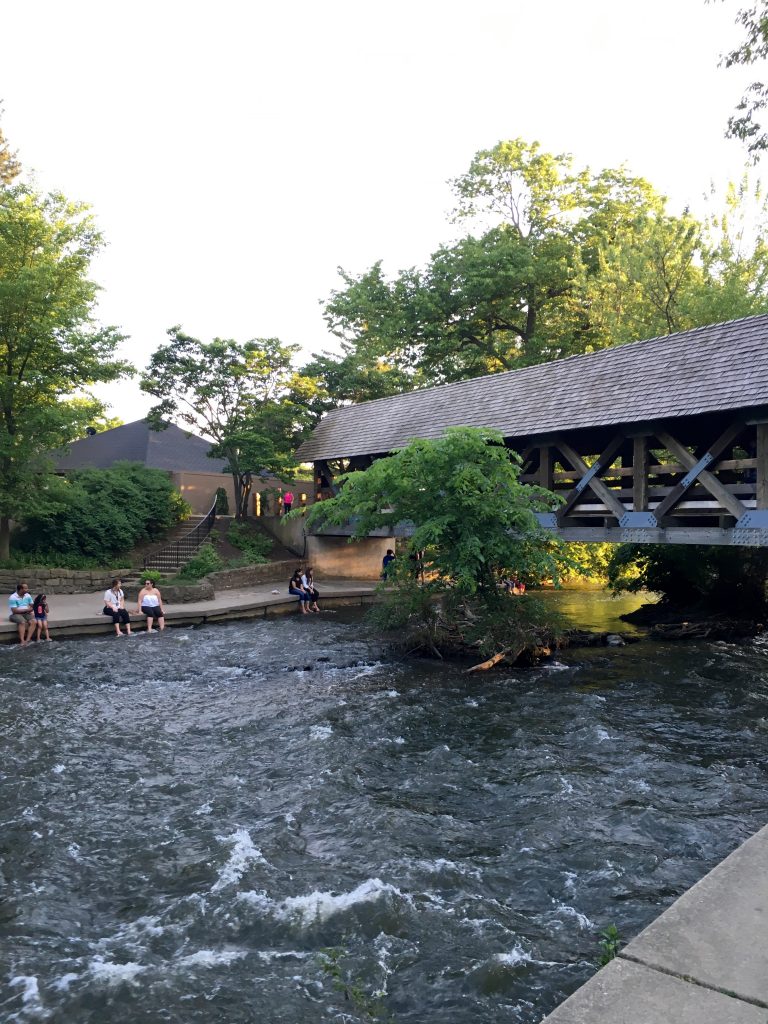 Our friends, Matt and Ashton, live in Naperville so we went over to their house and hung out for the rest of the night which was fun.

SUNDAY | Kevin and I went to church in the morning and then stopped for breakfast sandwiches at Chicago Bagel Authority before doing a little shopping on Armitage. 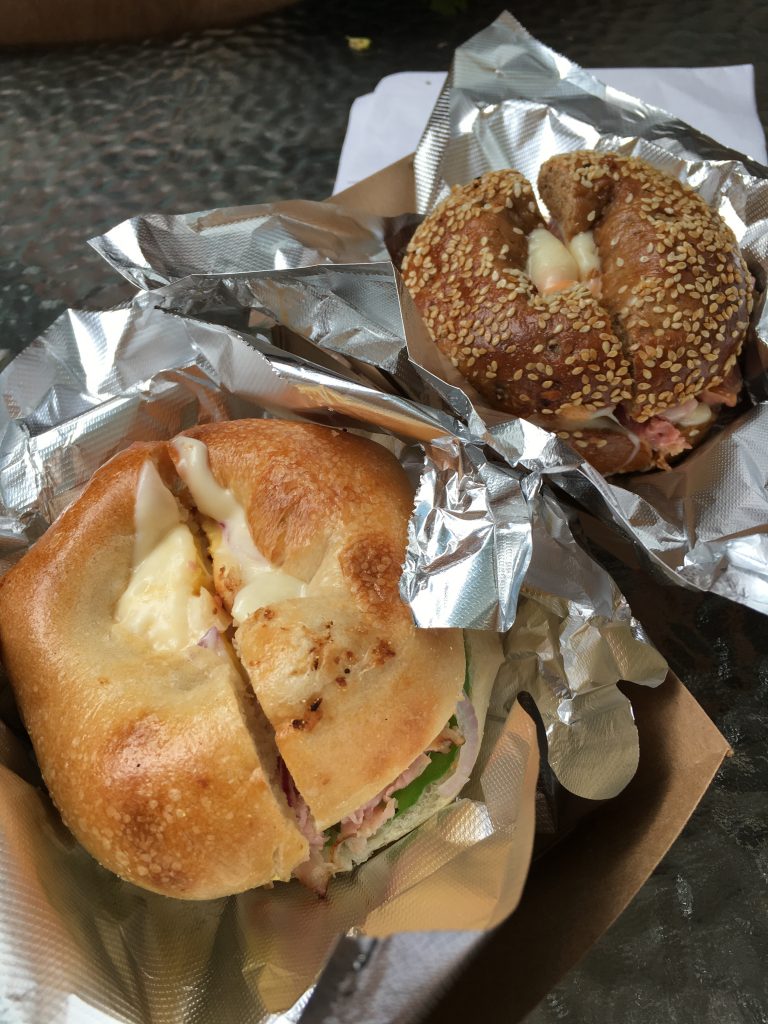 Our next stop was Chinatown to explore Ping Tom Park.  I have seen pictures of this park and have been dying to check it out and Sunday was the perfect day. It was such a beautiful park and had gorgeous views of the Chicago skyline! 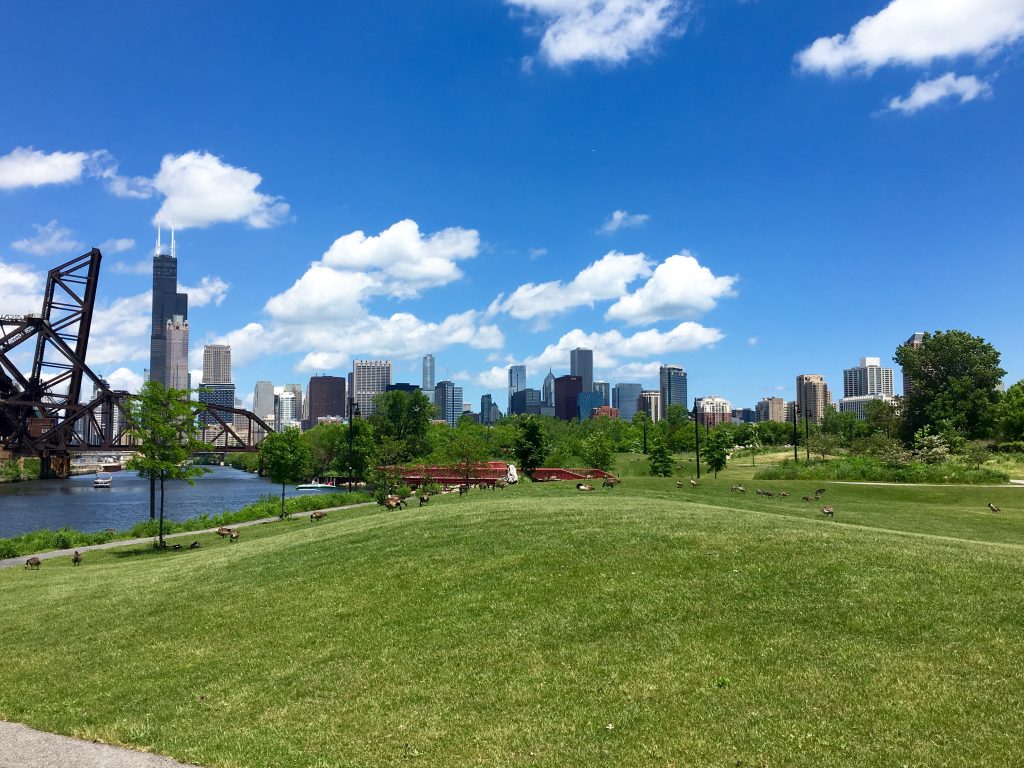 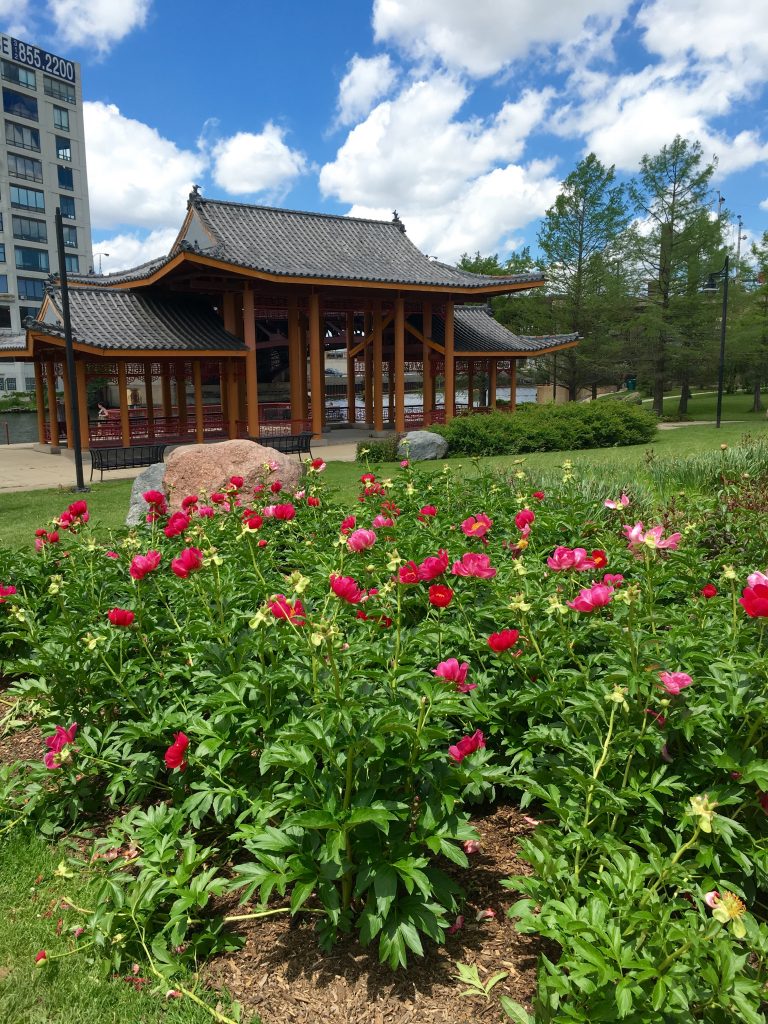 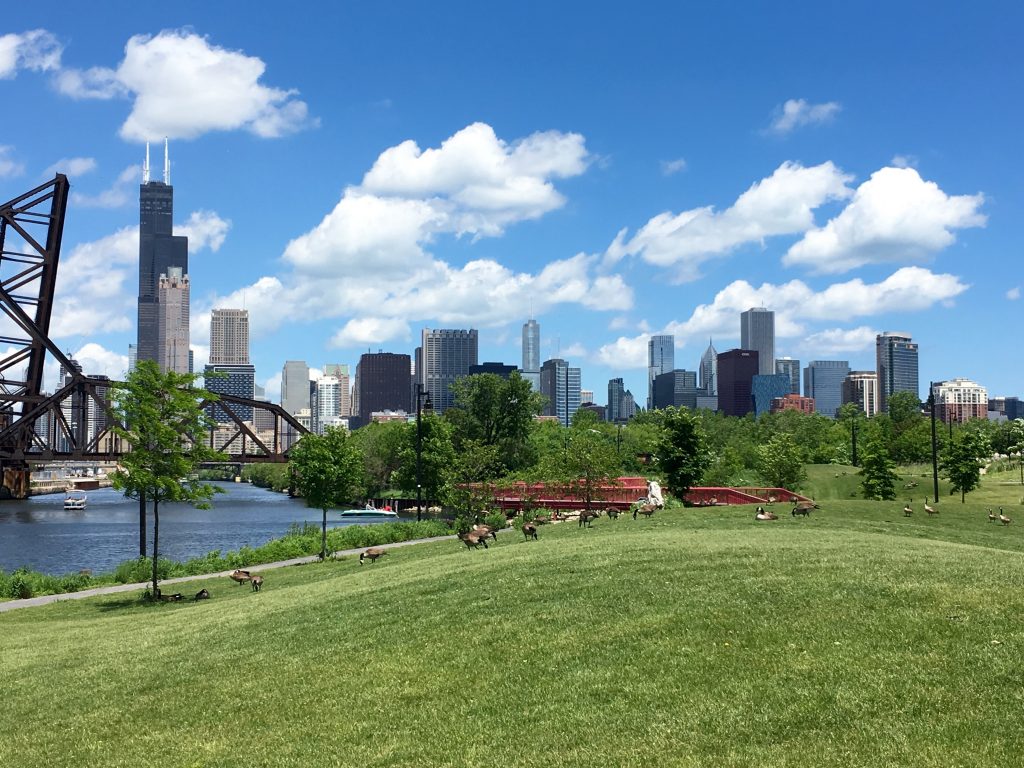 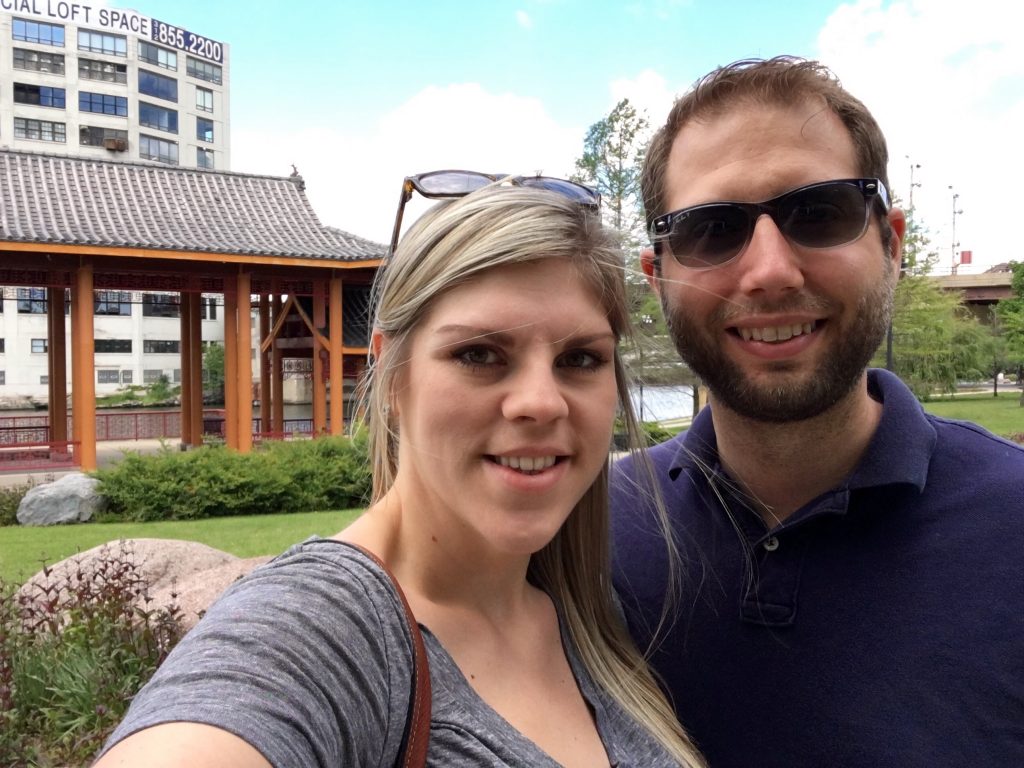 After spending some time in the park, we walked to downtown Chinatown.  Our first stop was for smoothies at Joy Yee. 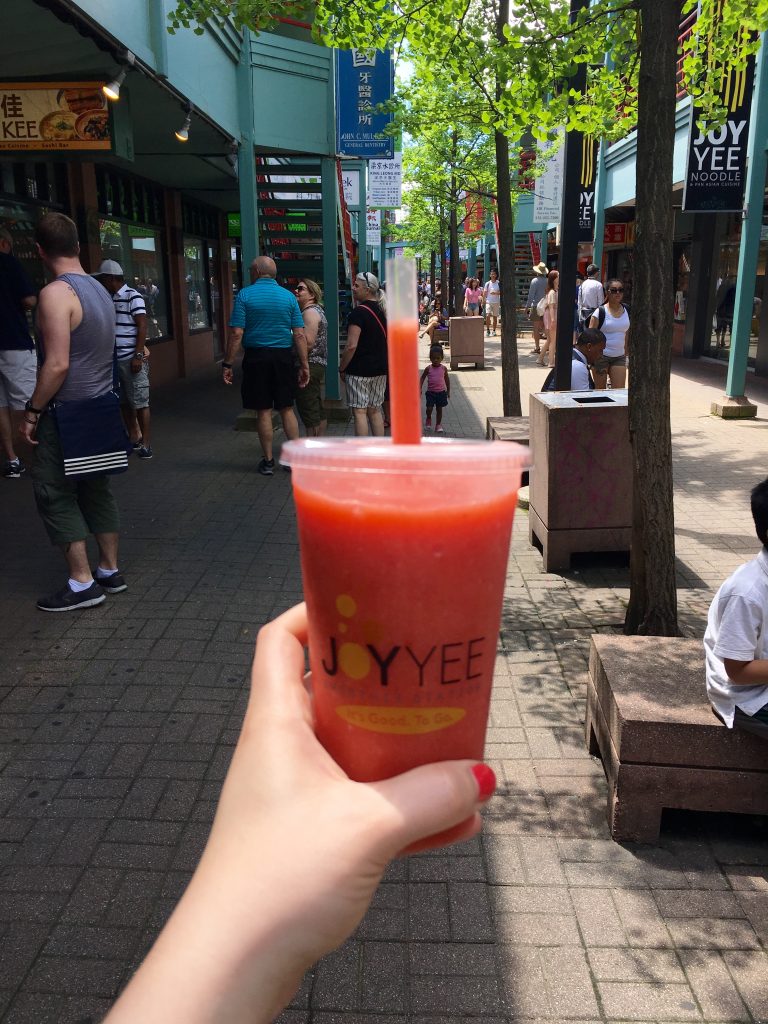 Later that evening we drove back out to the suburbs and met Kevin’s mom and dad for dinner at Uncle Julio’s.  Tacos for dinner two nights in a row?  Yes, please! 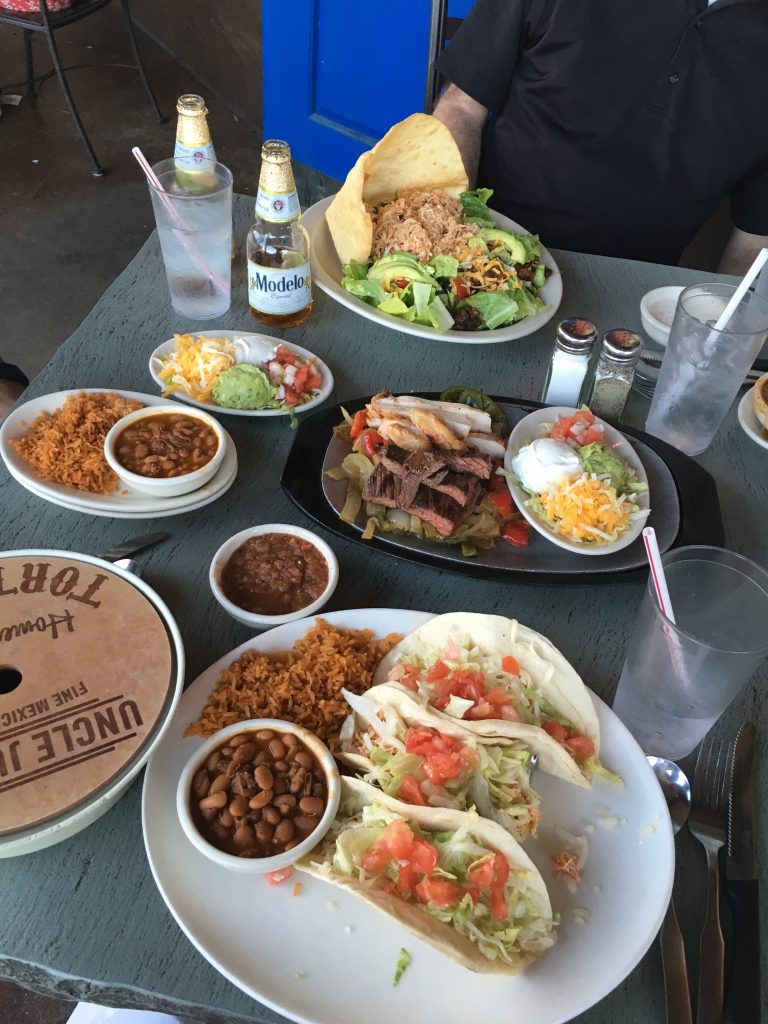 MONDAY | Kevin and I went out for a walk in the morning and ended up at Starbucks for a coffee date.  We headed to the northern suburbs for our adventure this day.  We went to a cookout at Kevin’s aunt and uncle’s house.  I made a corn and avocado salad which was a huge hit so I will be sharing the recipe with you soon.

Before arriving to the cookout, we first stopped at the Baha’i Temple and walked around.  The grounds around the temple are beautiful and extremely peaceful. 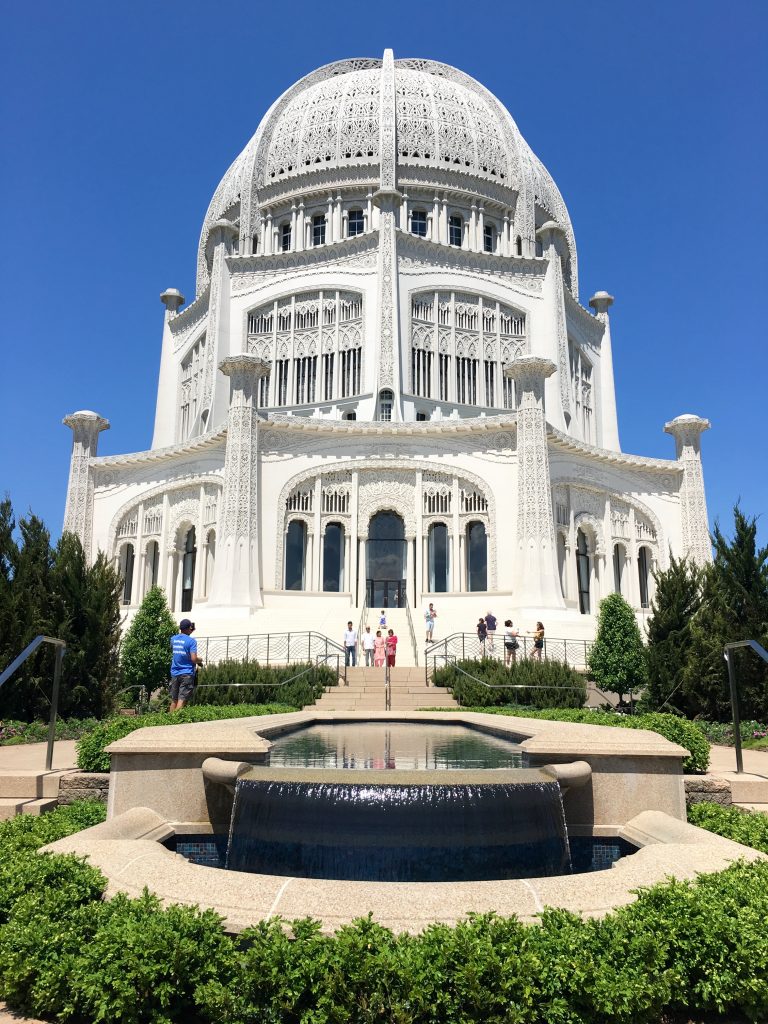 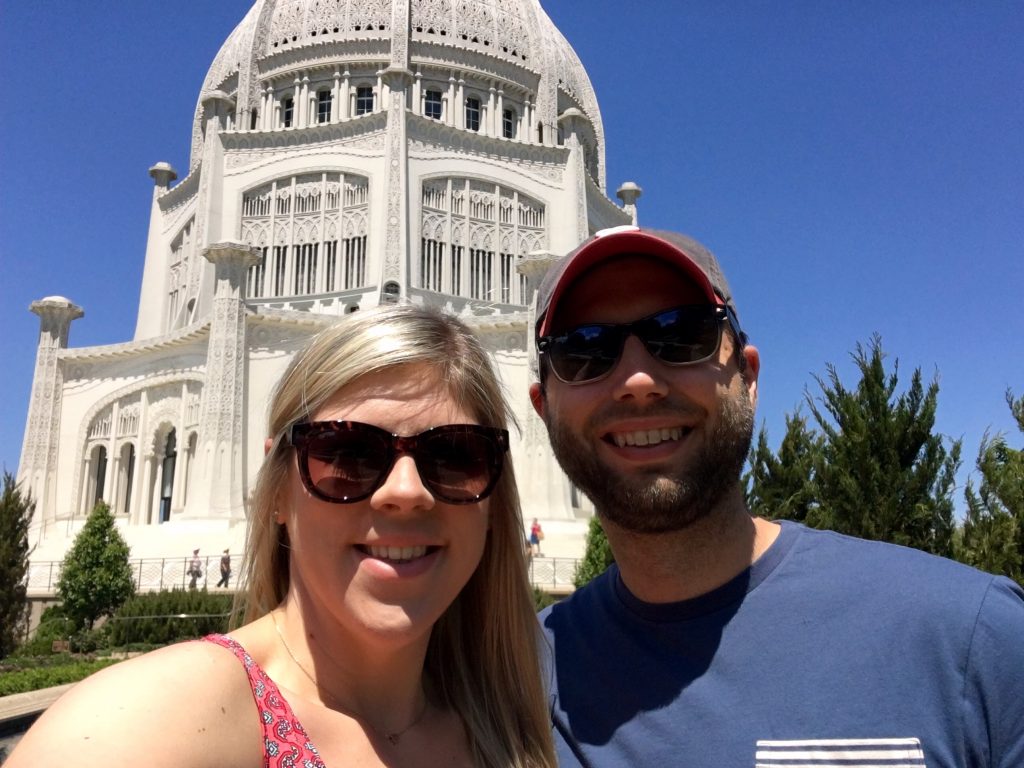 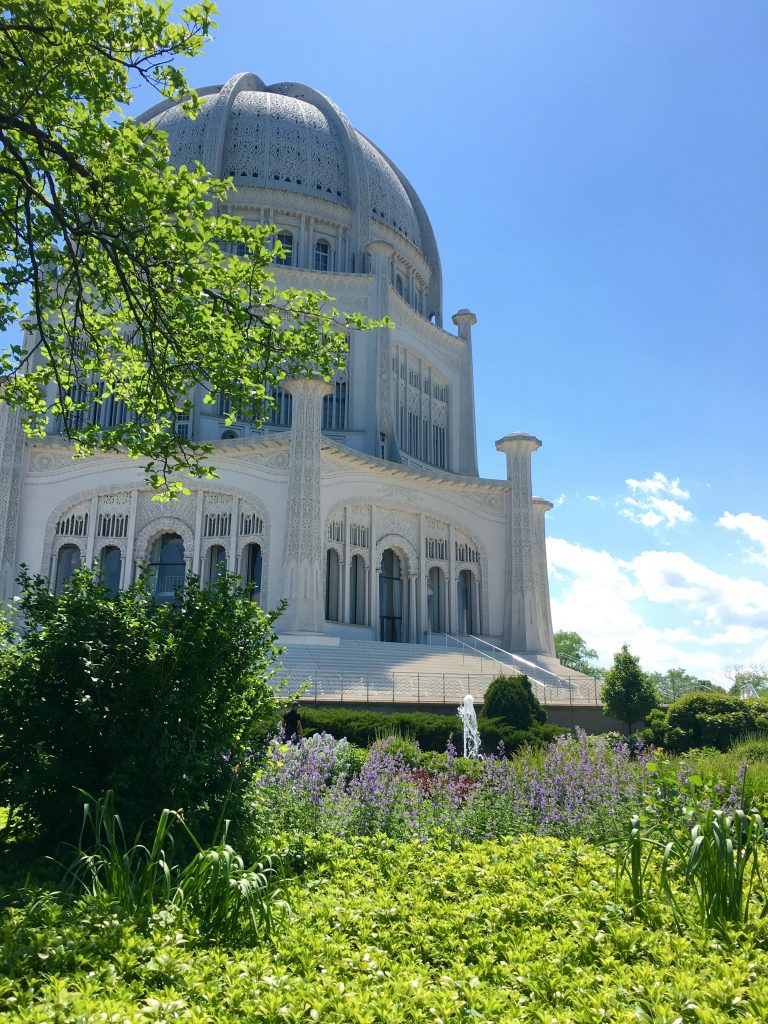 We spent the rest of the day outside chatting with Kevin’s family and eating yummy food.  Before heading home for the night, we stopped at Homer’s for some homemade peach ice cream.  The perfect ending to a great weekend! 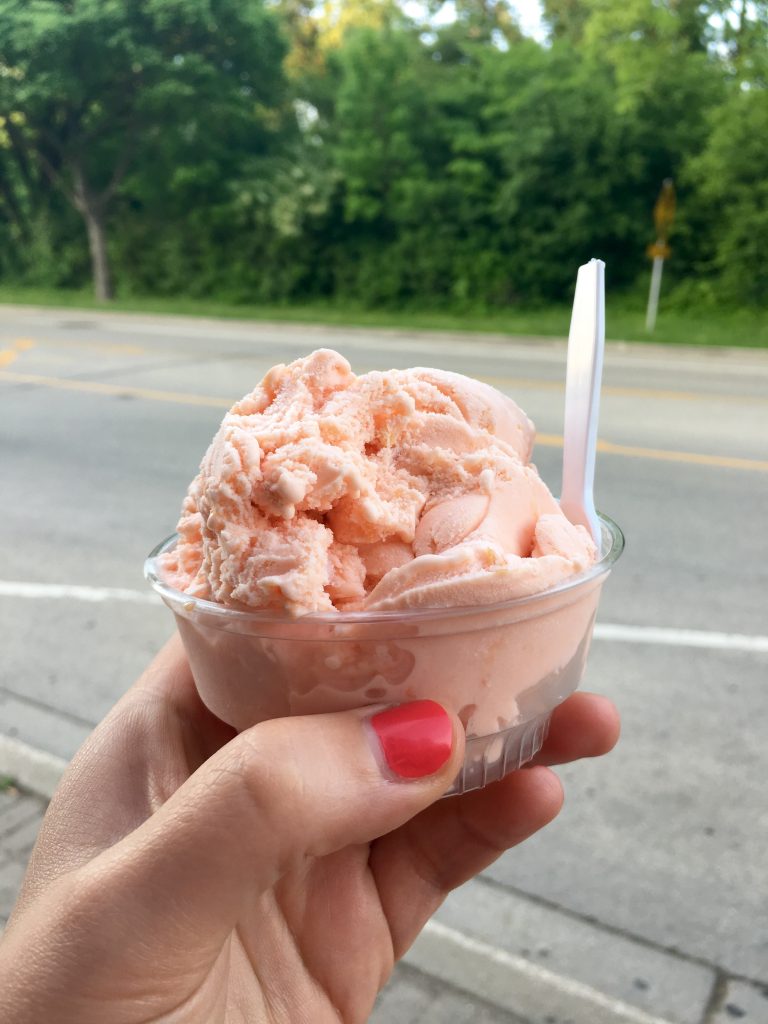 « Five on Friday
Corn and Avocado Salad with Chili-Lime Dressing »