This weekend my parents came to visit and we had a low key but fun weekend with some crazy weather thrown in the mix.

FRIDAY | Kevin and I dined al fresco at Poor Phil’s.  I ordered a lobster roll which I allow myself to have one every summer.  So good! 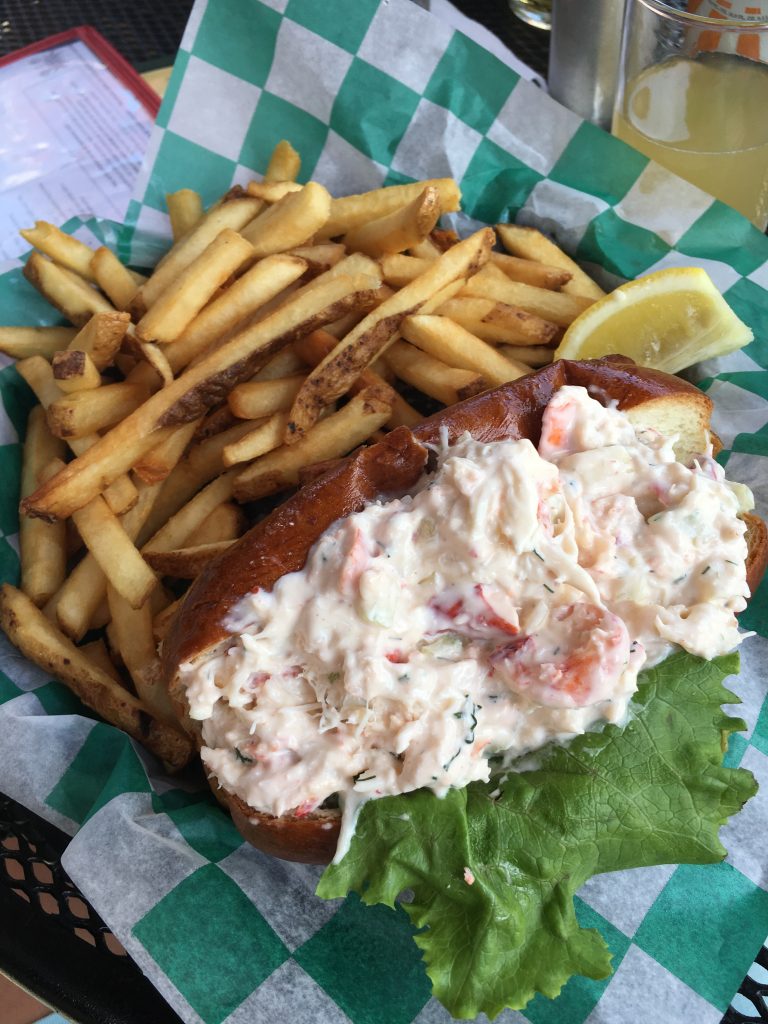 SATURDAY | I took a nice long walk in the morning and stopped at Live Fresko for an acai smoothie which was so refreshing because it was HOT! 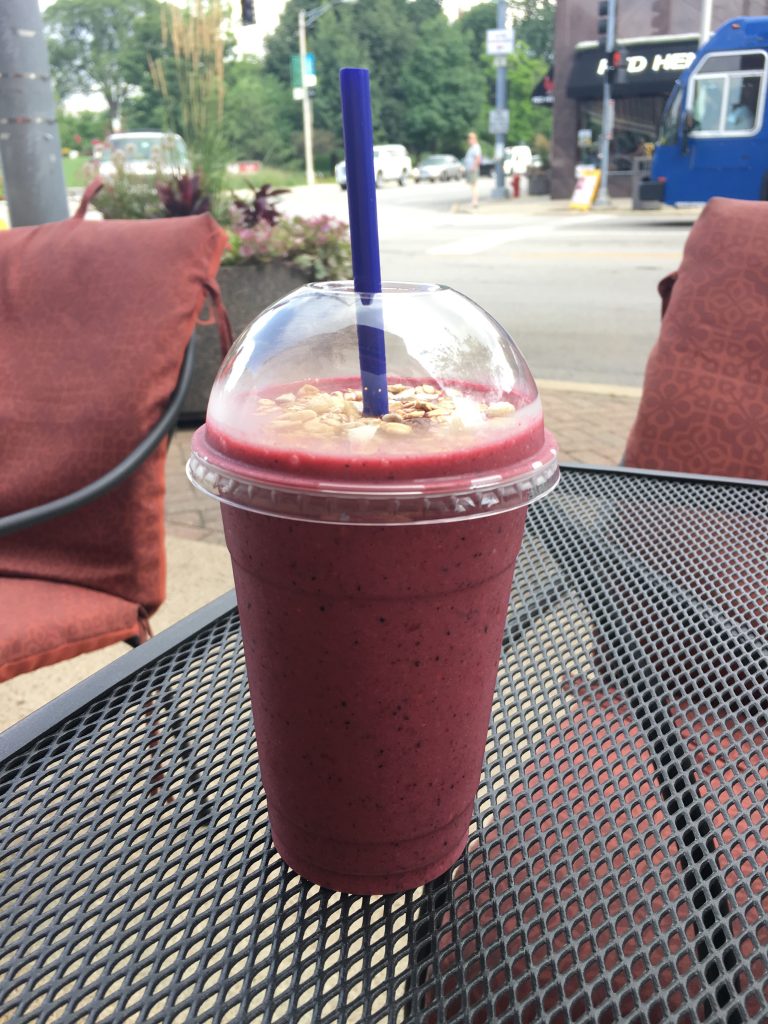 I stopped by our Farmers Market and picked up some produce for the week and then ran a few errands before my parents arrived. 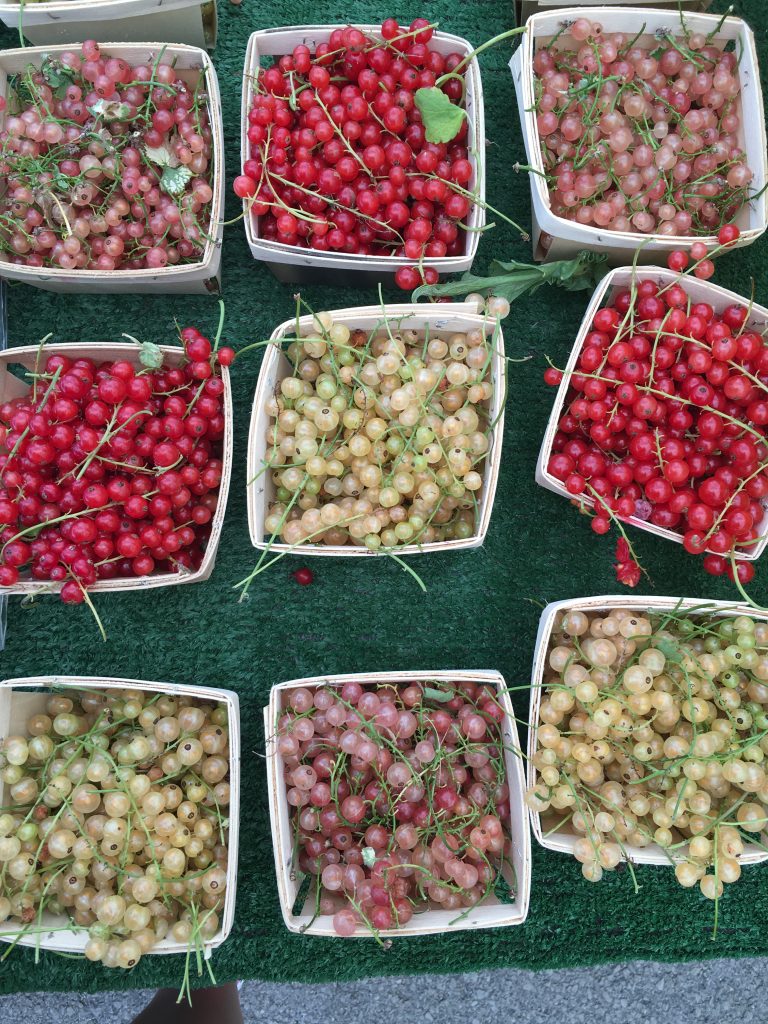 Once my mom and dad got here we went for a late lunch at Blue Max.  I ordered the spinach and tomato quiche which tastes just like pizza!

Later that afternoon we headed down to the White Sox game.  We knew rain was in the forecast but decided to chance it anyways.  Not soon after the game started the storm clouds starting rolling in. 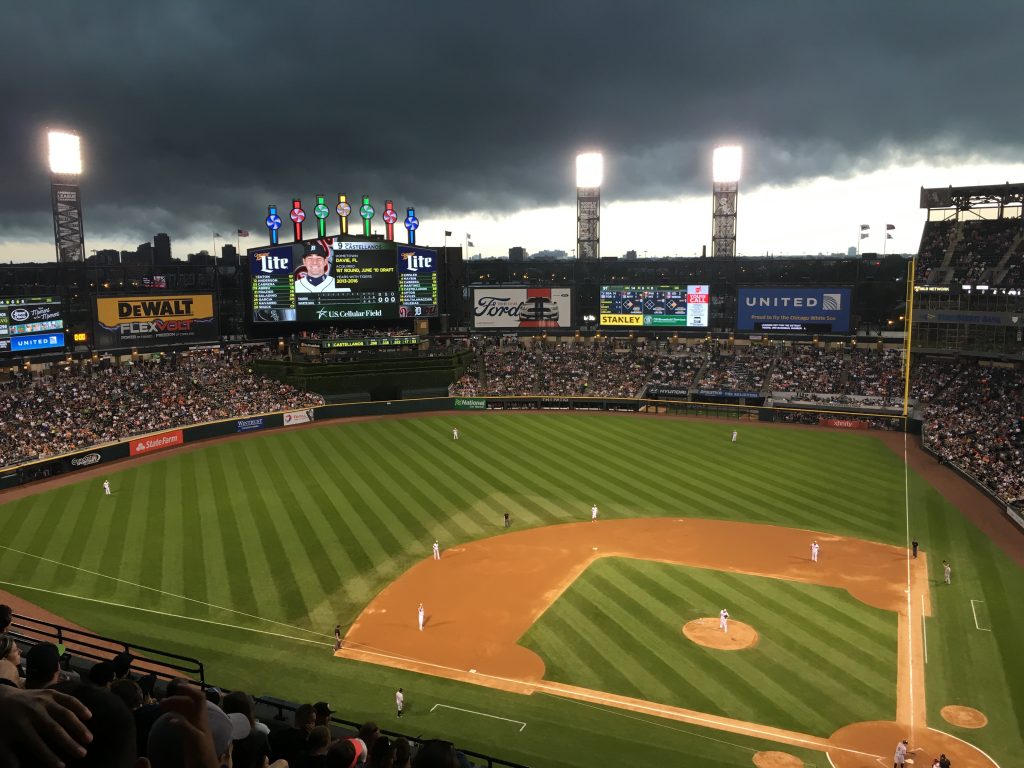 They ended up having to clear the stadium for about an hour and a half while the storm passed so we all congregated in the concourse.  Eventually the rain stopped so the game continued.  We left after the fifth inning because another storm was coming through and we made it home just in the nick of time. 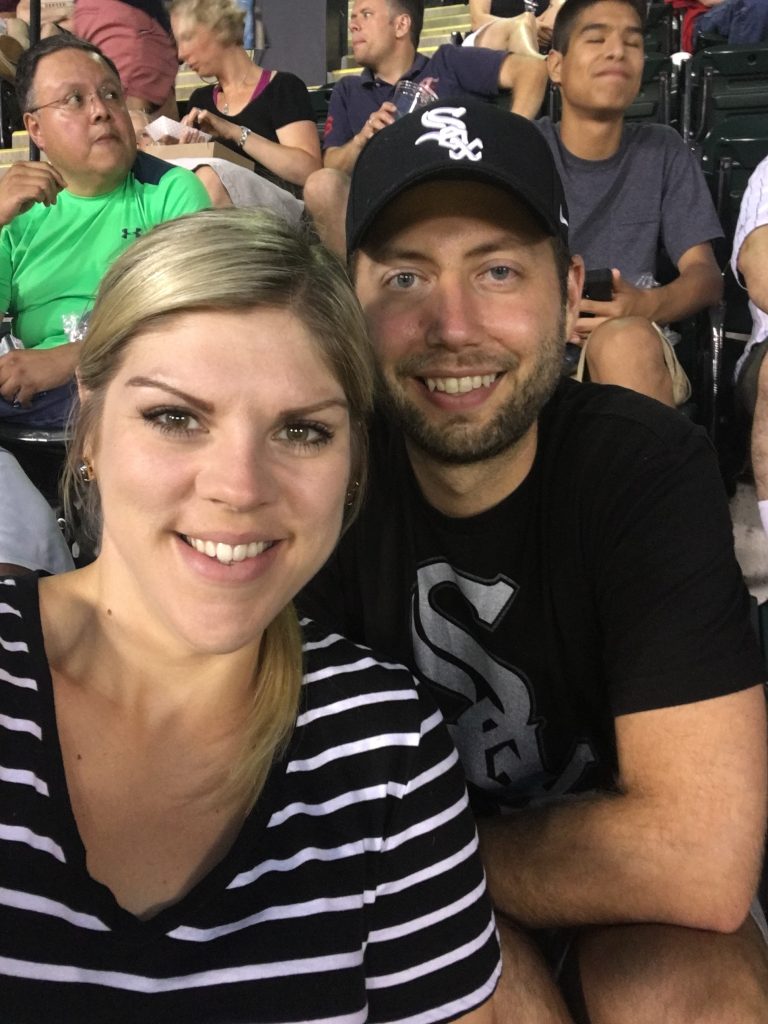 SUNDAY | We went to church in the morning and then had brunch at Crosby’s Kitchen.  I actually did not order an egg dish and got my favorite salad instead. 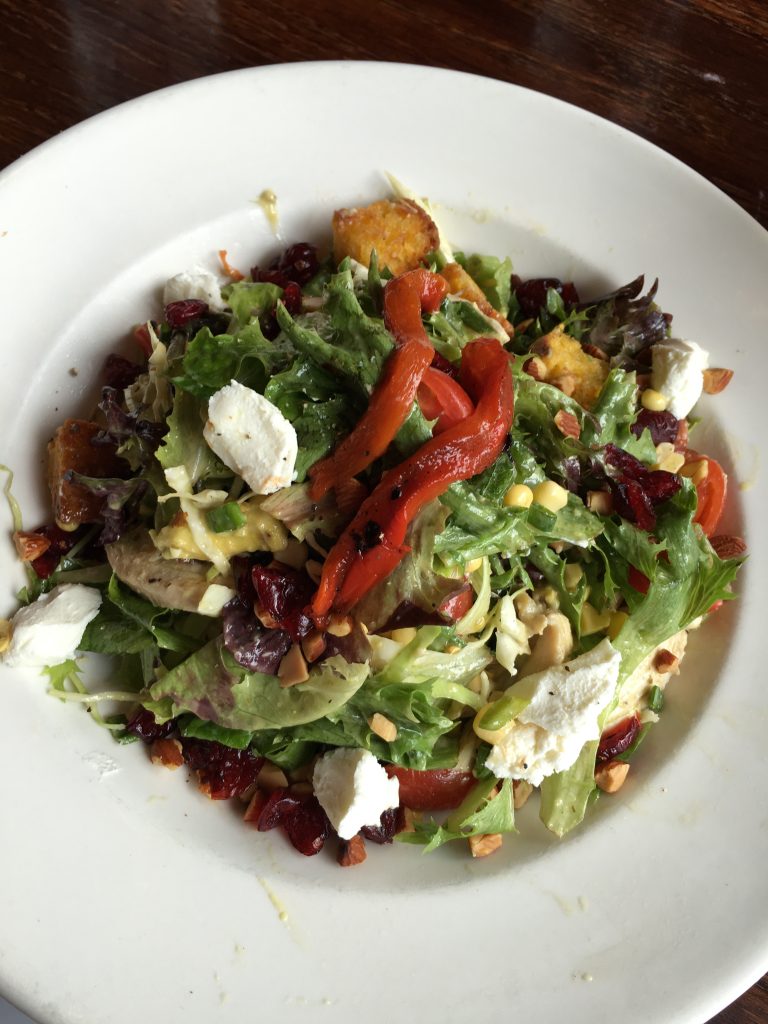 We did a little shopping on Southport and then stopped for ice cream at Jeni’s.  They had my favorite flavor – Biscuits with Peach Jam! 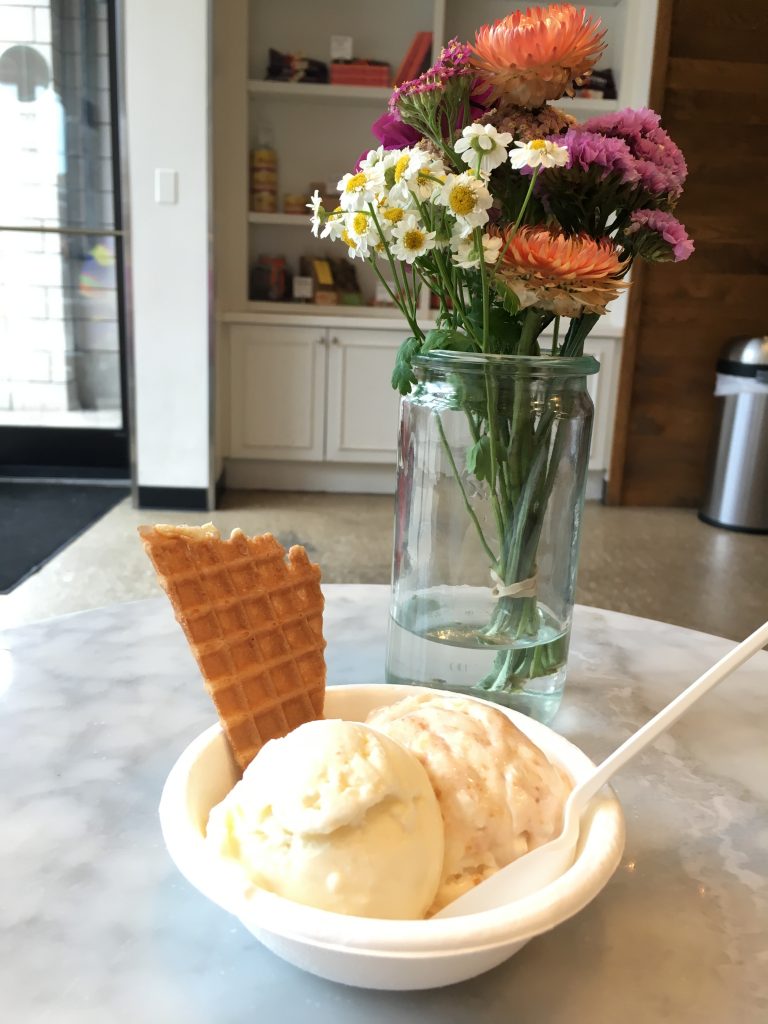 My mom and dad headed back home later that afternoon and Kevin and I ended up chilling out at home the rest of the day.

Hope you all had a good weekend!