Another week, another weekend recap!  We started off with beautiful weather on Friday and finished the rest of the weekend with chillier temps, but the sun was still shining which makes any day better in my opinion.

After work, we drove out to the western burbs to meet up with Kevin’s parents to celebrate his mom’s birthday.  She chose Devon Seafood Grill in Oak Brook for dinner.  This was my first time dining here and had a great experience.  We had the nicest, most attentive waitress that I’ve probably ever had at a restaurant which made our time there all the more better.  We started off with some Kumamoto oysters which are from the west coast and our favorite kind of oyster. 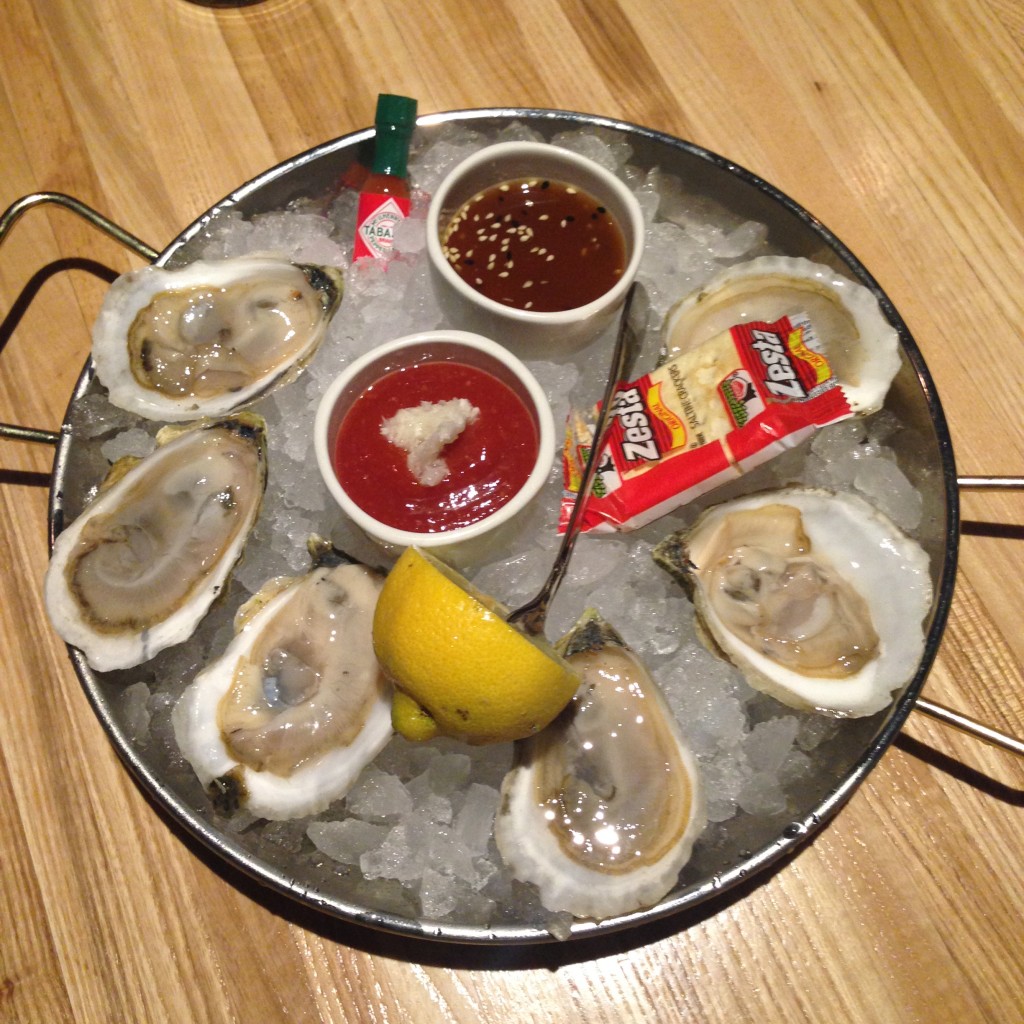 For dinner, I ordered one of the chef’s specials which was Blackened Sea Scallops with a sweet potato, corn, and bacon hash. 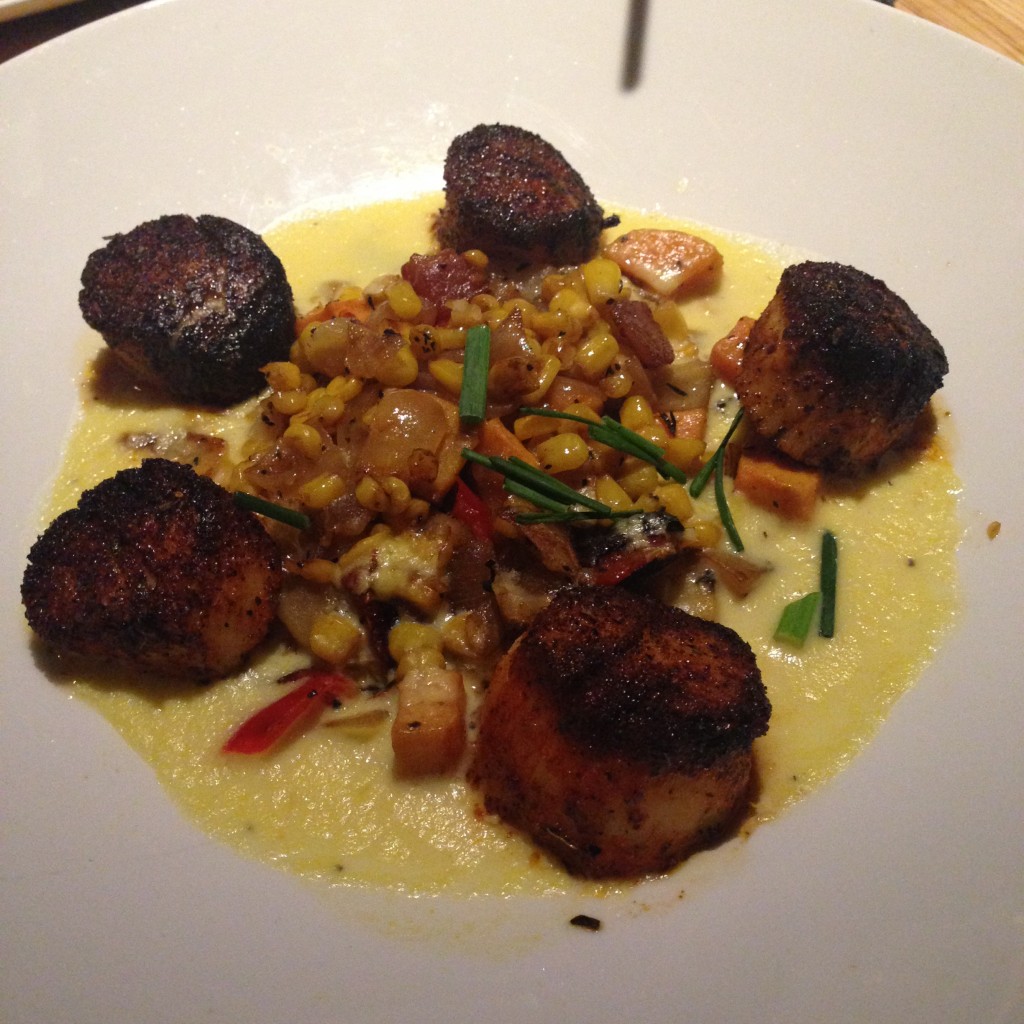 The scallops were cooked perfectly but were a little salty for my liking so I could only eat a couple of them.  After dinner, we rushed home so Kev could catch the end of the Bulls and Blackhawks playoff games – wins for both!

Kevin spent the entire day studying which meant girl time for me!  I started the day off with a mani/pedi and green juice! 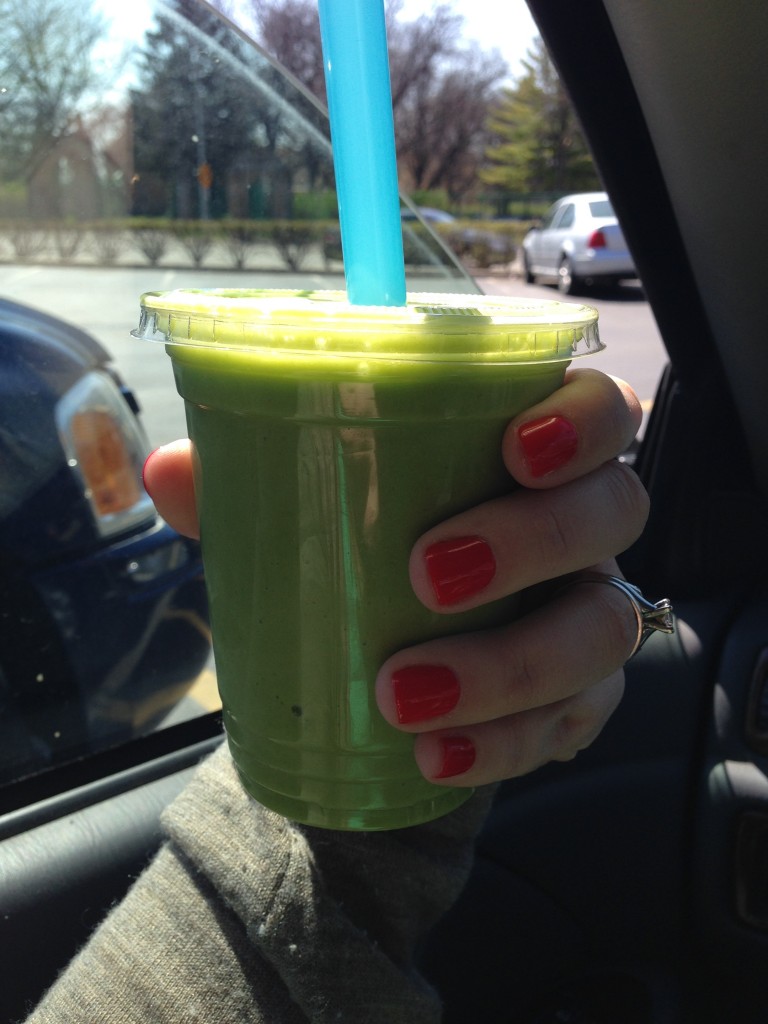 Essie – Come Here! on my hands / Essie – Punchy Pink on my toes

I met up with some girlfriends at Blue Door Farm Stand for lunch.  I met these girls at a women’s Bible study through our church earlier this year and we had such a fun lunch catching up with each other.  I had the same fantastic kale and brussels salad I had last time. 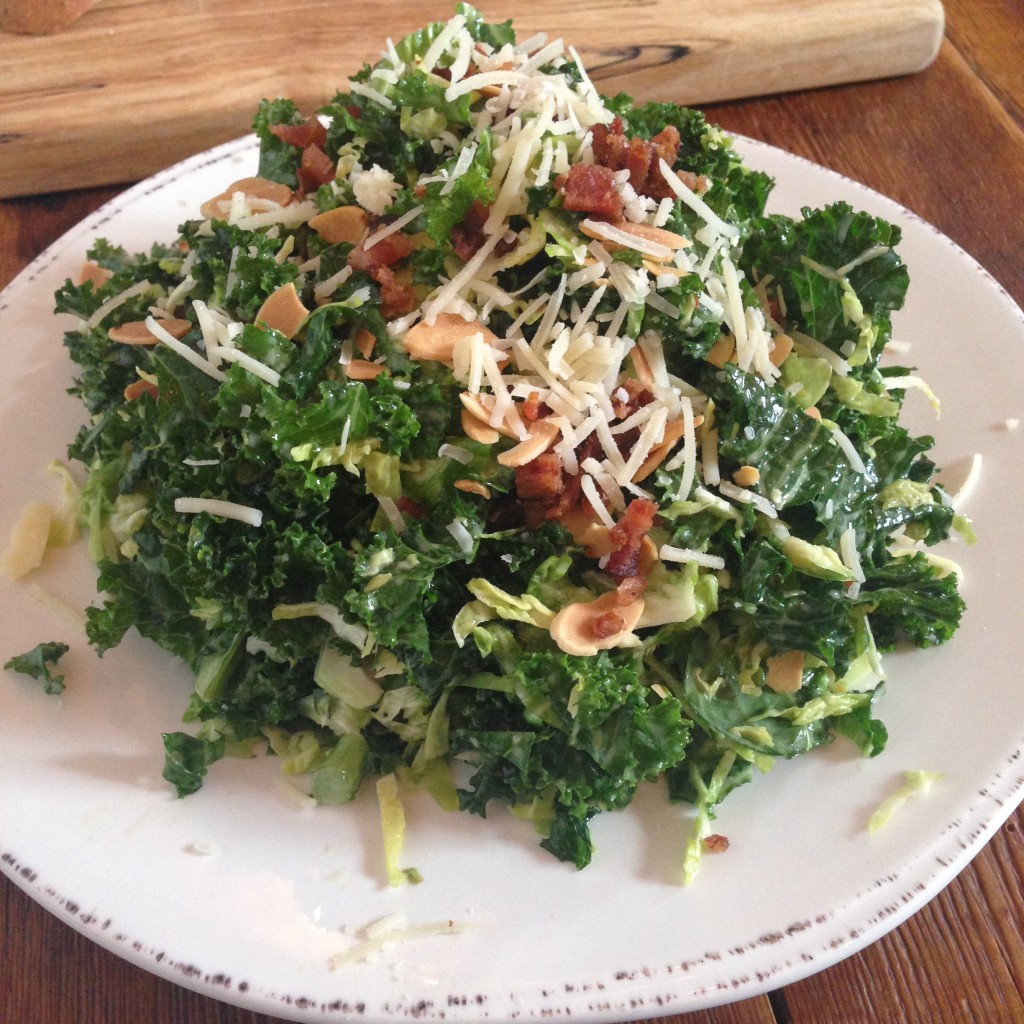 For dessert, we all split the world’s biggest piece of carrot cake.  Seriously guys, this cake was massive!  We could only eat half of it and there were four of us!  It really was delicious though and had the best cream cheese frosting!

After lunch, we walked around the neighborhood and did a little boutique shopping before heading our separate ways.  On my way home, I stopped over at my friend Lindsay’s house to hang out with her and her sweet little girl, Olivia.  I don’t get to see them nearly as much as I used to so it was fun getting to hang out for a while.  Olivia is such a sweetie and Lindsay is a wonderful mom!  She makes it look so easy. 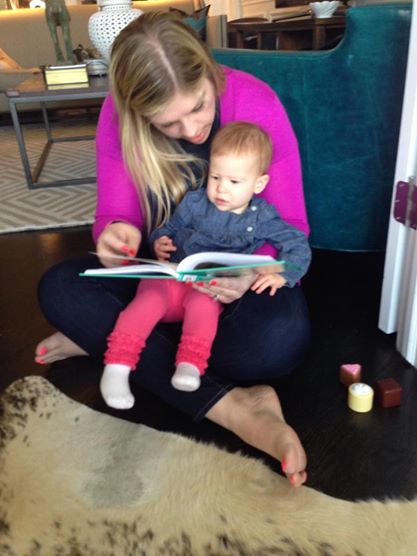 Later that evening, Kev took a break from studying and we walked down the street to La Bella for dinner.  We exchanged tomatoes for cucumbers, of course! 😉 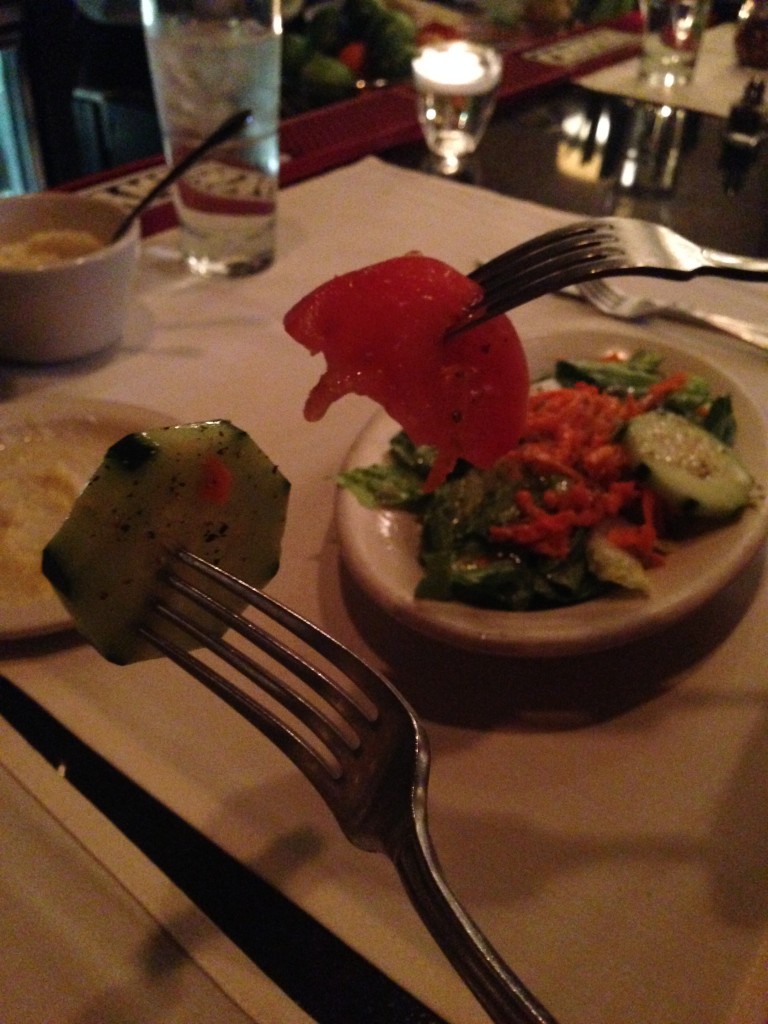 Brunch today was at one of our favorite restaurants in Chicago, Nellcote.  We’ve been for dinner a few times, but have never tried their brunch.  It was great as expected!  I ordered the Sunnyside-Up Egg and Arugula Pizza and Kevin had the Lobster Hash. 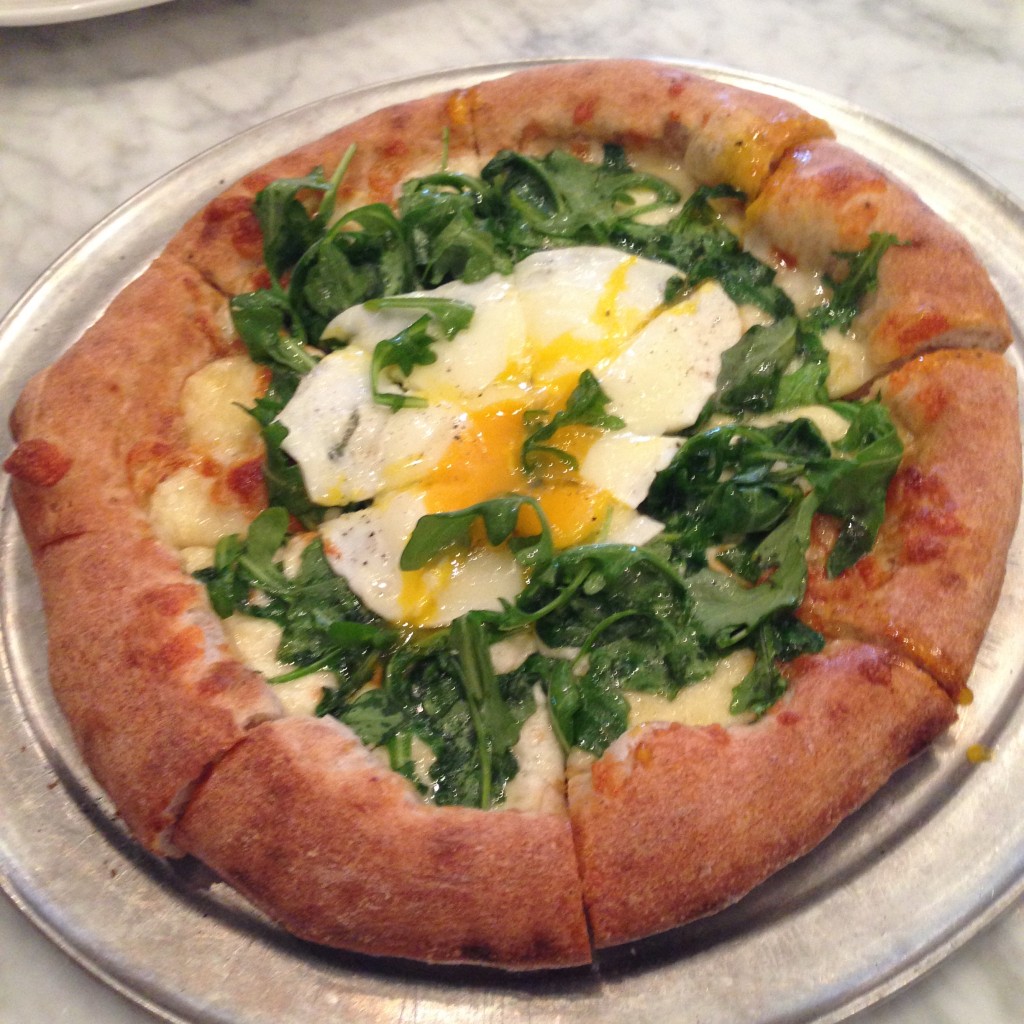 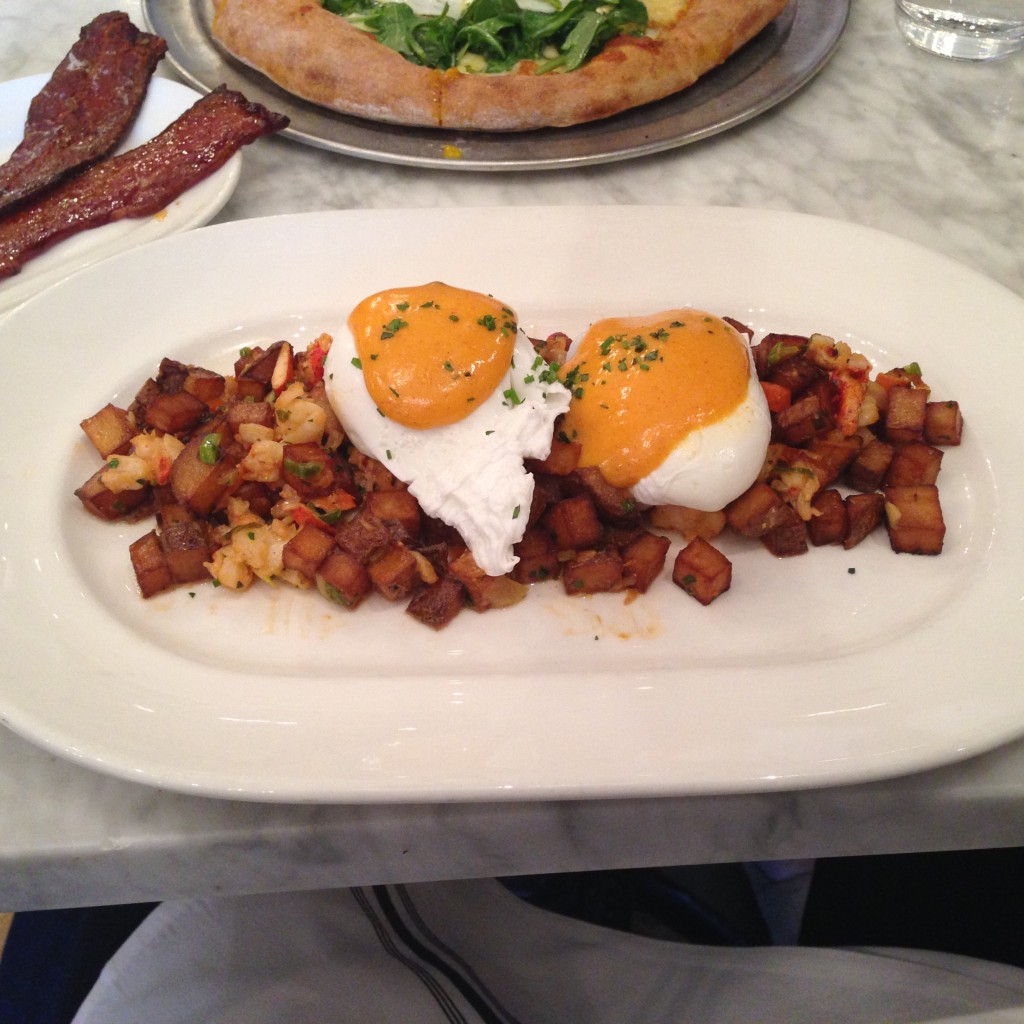 Nellcote features European inspired small plates for dinner and is named after the mansion where The Rolling Stones dined and partied.  The restaurant has the most beautiful decor on the inside.  I would highly recommend coming here if you’re in Chicago.  Full restaurant review coming soon.

I hope you all enjoyed your weekends as much as I did!  Now back to work…