One of the first fine dining experiences Kevin and I had together was several years ago at Michelin star winner, Vie in Western Springs.  The chef/owner of Vie is Paul Virant.  We enjoyed our meal so much that we knew we had to try his other restaurant as well.  Perennial Virant is Chef Virant’s second restaurant he opened and is located in the Hotel Lincoln in Chicago. 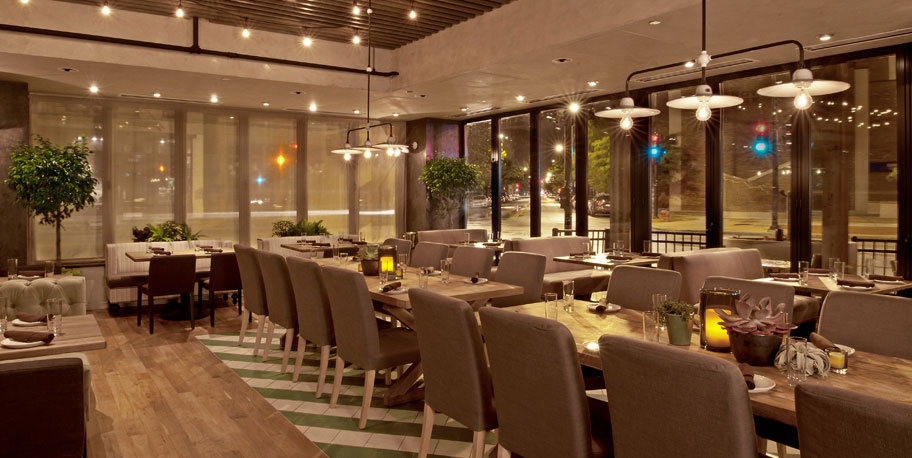 Chef Virant’s food philosophy is simple.  He believes in embracing the Midwestern seasons and utilizing methods of preservation to showcase local ingredients and flavors.  He is known for his pickling so almost every dish on the menu consists of some kind of pickled item.

We first experienced Perennial Virant for dinner as part of Chicago’s Restaurant Week last winter.  We were able to each experience a three course prix fixe menu for $33.

For my first course, I chose the Local Lettuces.  This dish was served with a Pickled Tomato Vinaigrette, Basil Pesto, Whole Grain Croutons, Chevre, and Fennel.  I loved the combination of flavors from the tangy chevre and licorice like fennel. 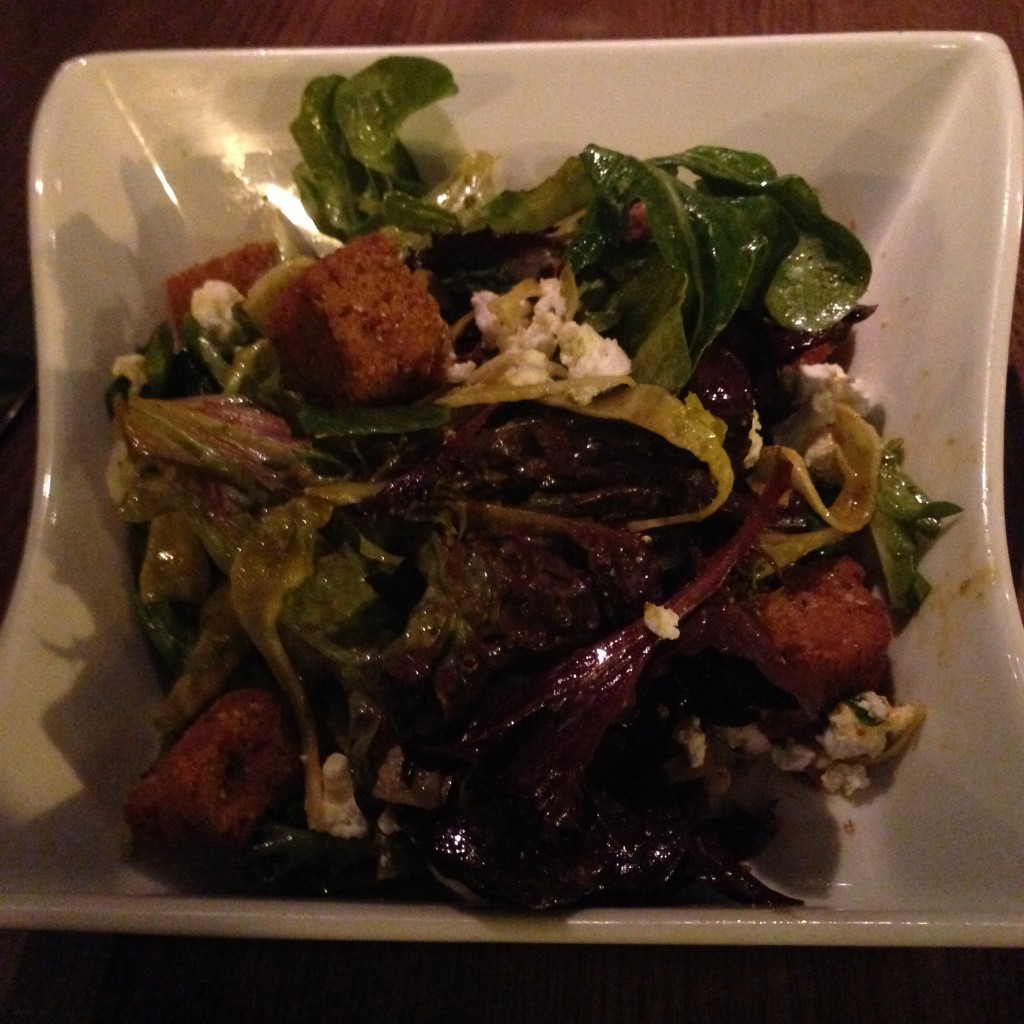 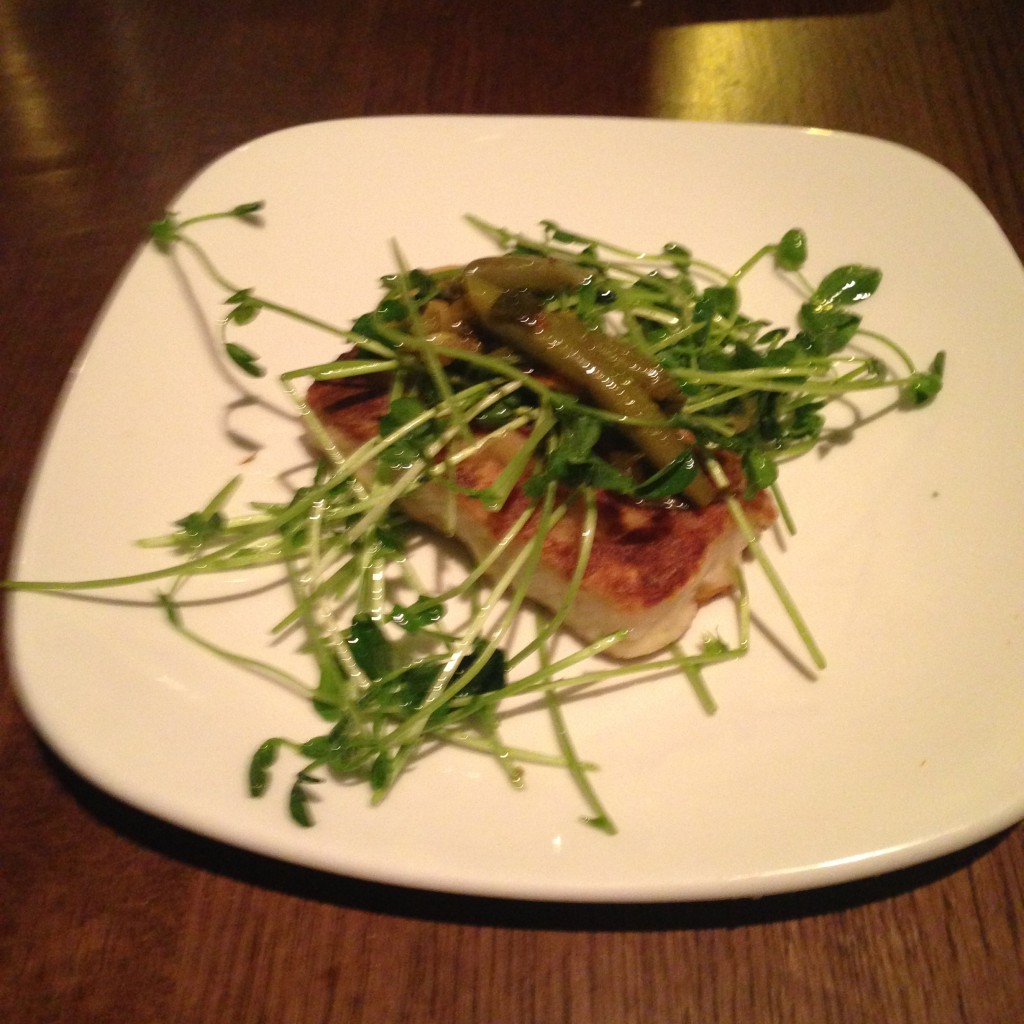 For the entree course, I ordered the Pan-Roasted Chicken Sausage which was served over Creamy Grits, Slow Roasted Greens, and topped with a Smoked Pepper Relish.  I loved everything about this dish especially the addition of the pepper relish! 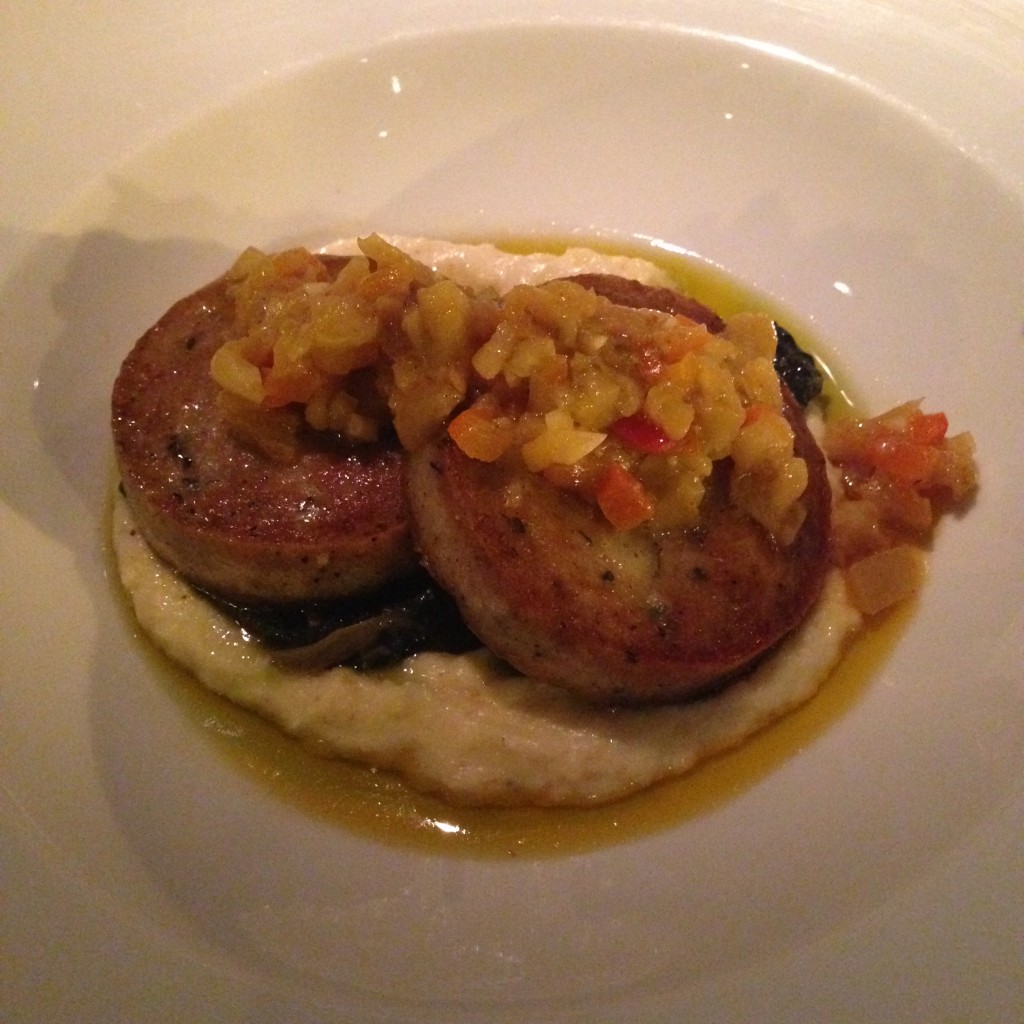 Again, Kevin chose the other entree option which was the Rushing Waters Rainbow Trout served with Sunchoke Puree and Chips, River Valley Mushrooms, Leeks, and a Honey and Thyme Vinaigrette.  He thoroughly enjoyed his meal as well! 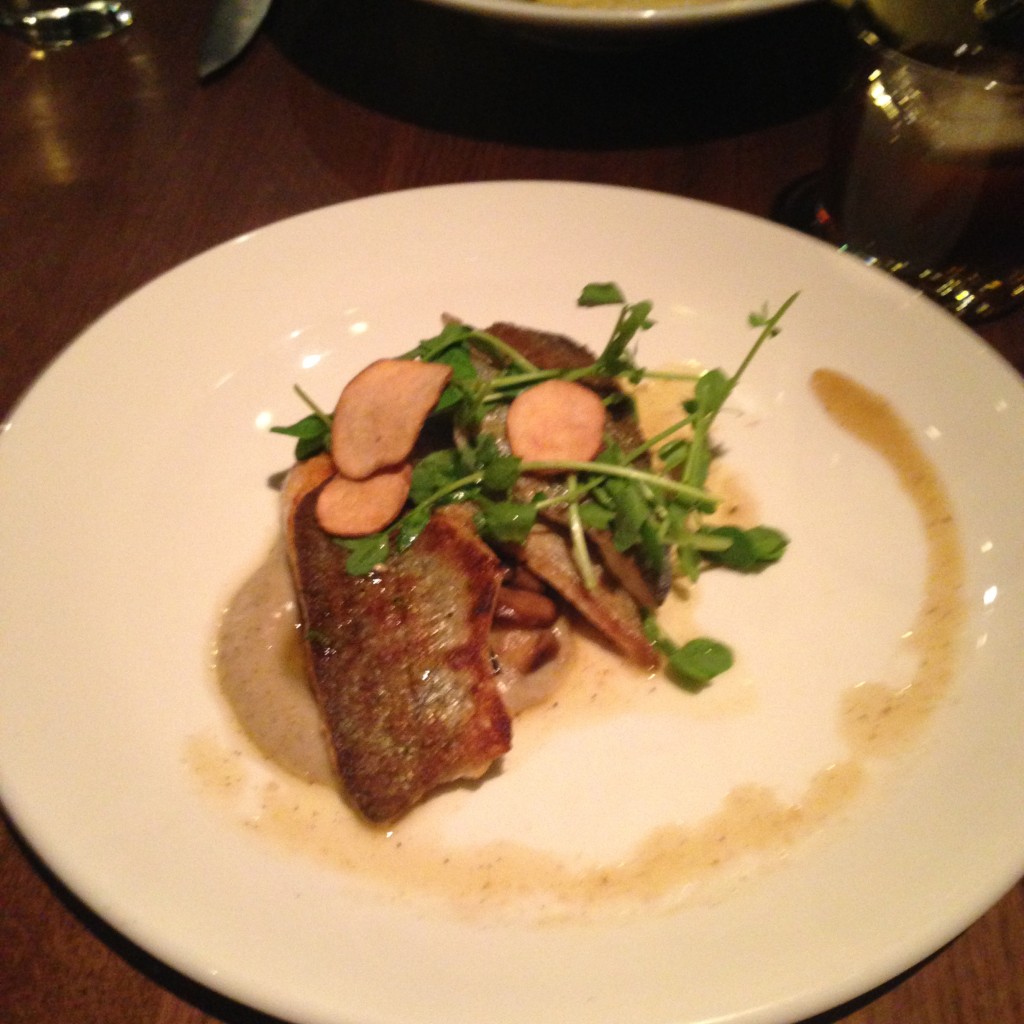 For the dessert course, I went with the Hawaiian Chocolate Tiramisu which had Mocha Bavarian Cream, Mascarpone Sabayon, and Caramelized Cocao Nibs.  Tiramisu is one of my favorite desserts and this was a fun and delicious version of that! 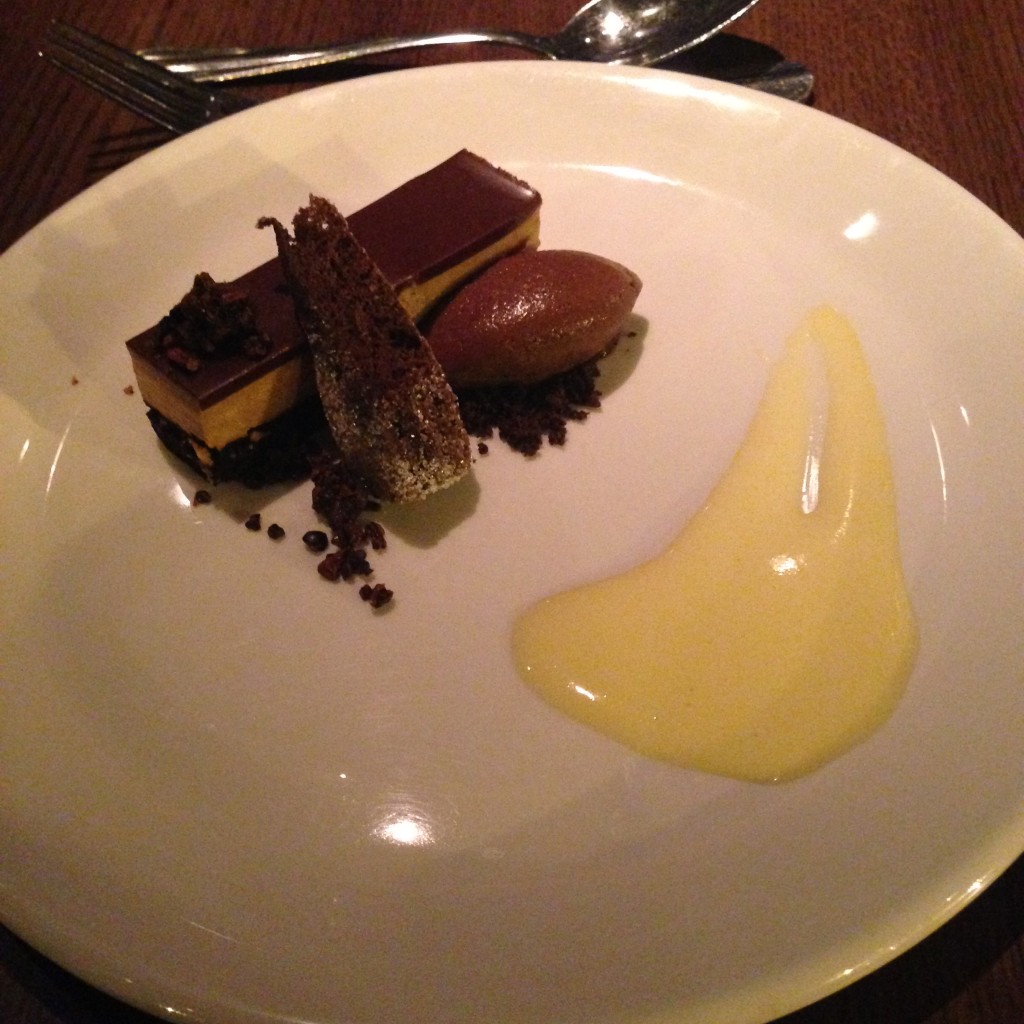 Kevin selected the Frozen Key Lime Pie for his dessert.  They key lime was served with a Graham Cracker Cake and Blueberry Aigre-Doux.  Key Lime Pie is another one of my favorite desserts and this frozen version did not disappoint! 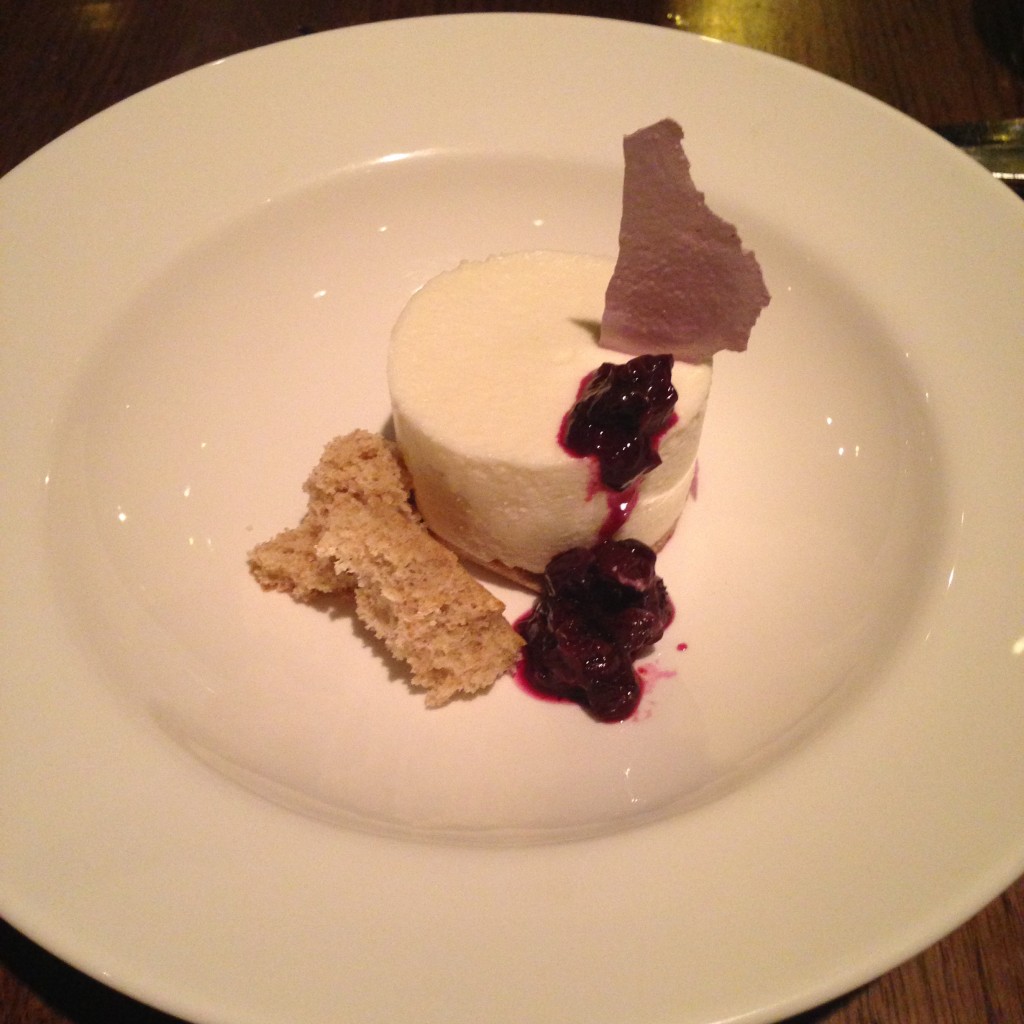 Perennial Virant is one of those restaurants that you will love from the minute you step through the doors.  It is an especially great place to dine at during Restaurant Week because you get to sample a lot of the menu for a much reduced price.  For example, the rainbow trout dish alone on the normal dinner menu is $32, but during restaurant week you can eat all three courses for $33.

I highly recommend Perennial Virant for a date night out.  And if you are up for a short drive to the suburbs, definitely check out Chef Paul’s other restaurant, Vie, in Western Springs.  You will not be disappointed at either place.