Is there anything that screams fall more than warm apple crisp?  This is one of my favorite things to bake during apple season and it’s actually pretty healthy for a dessert!  This recipe is gluten free AND has no added sugar.  The combination of sweet apples with spicy cinnamon is definitely a winning combination and this recipe could not be any easier to make.

Note: This recipe can be made with any kind of fruit.  I have made the original recipe with blueberries and it is delicious!  This recipe would also be great served with vanilla ice cream. 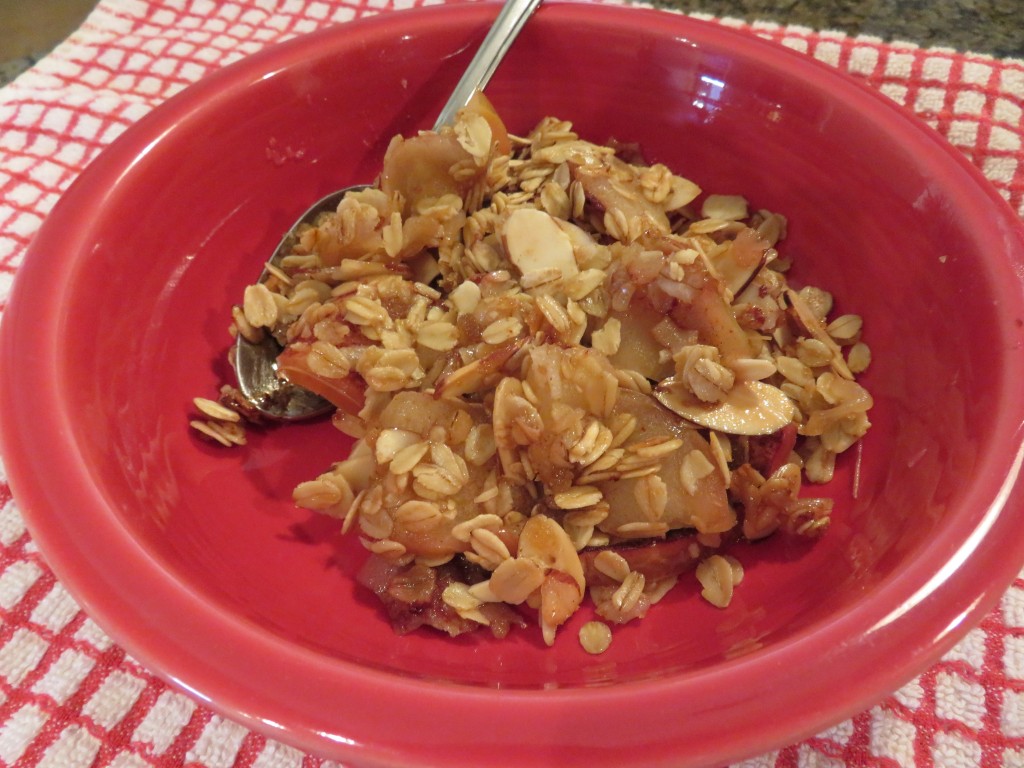