Yesterday was my 31st birthday and I had no real plans going into the weekend which turned out to be just fine because I had such a fun weekend filled with impromptu events.

FRIDAY | After work Kevin and I hit up happy hour at Pearl Tavern to kick off my birthday weekend. 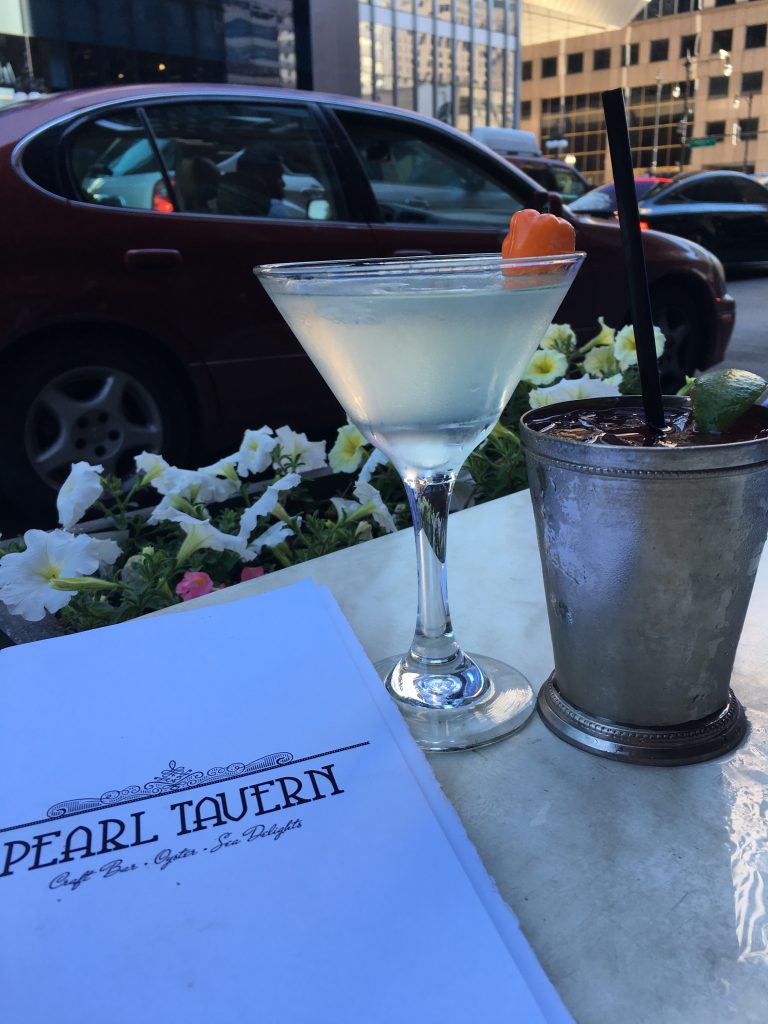 We sipped on drinks and had some delicious tuna poke. 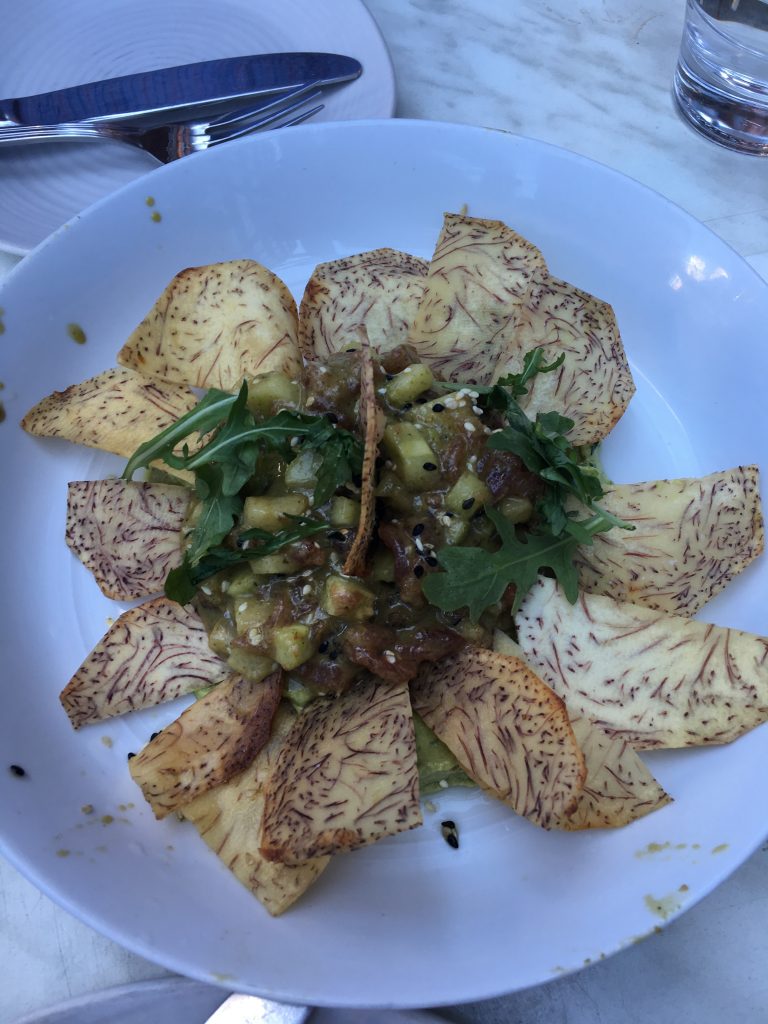 It was a gorgeous night so we decided to do a progressive dinner through the West Loop.  After Pearl Tavern, our second stop was Avec for my favorite bacon wrapped dates!

We then went to Rick Bayless’ new taqueria – Cruz Blanca.  The tacos are all served platter style so we shared the steak tacos with some chips and salsa.

Taste of Randolph was going on right outside and as soon as we walked outside we literally walked right into Bethenny Frankel and Carole Radziwil from the Real Housewives of NYC!  I totally froze when I saw them and sadly didn’t ask for a picture so I just took a pic as they walked away lol. 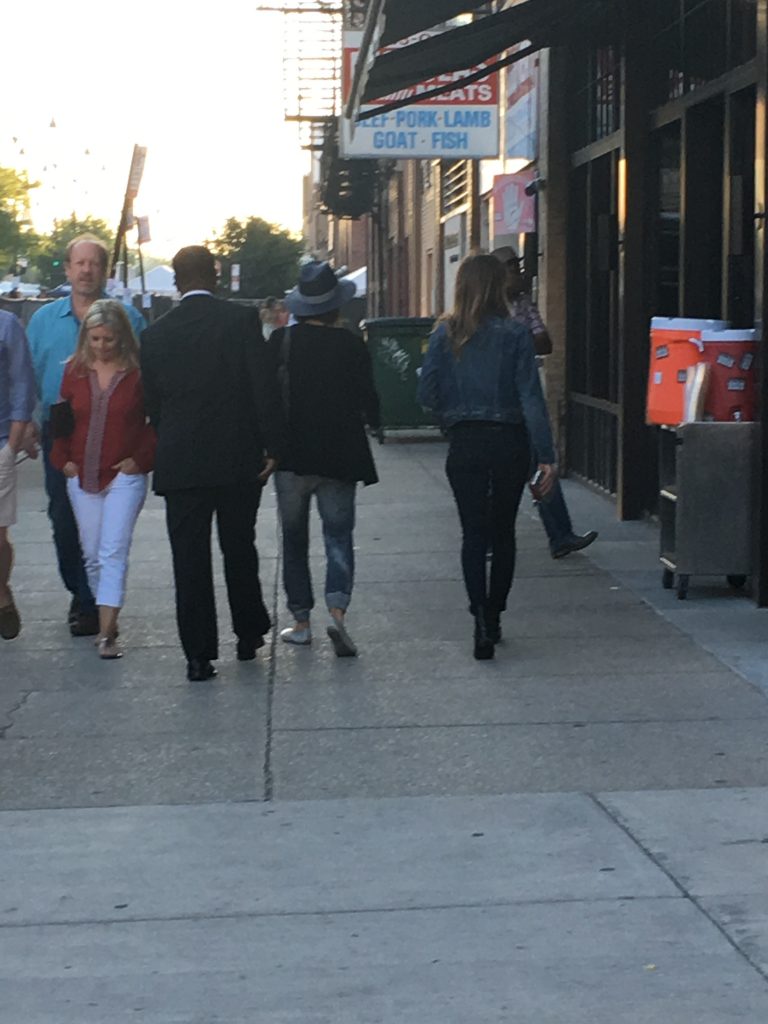 After we walked around the fest for a while, we headed back home and called it a night.

SATURDAY | Kevin and I had brunch at Egg Harbor Cafe in Downers Grove before exploring their Farmers Market and downtown area. 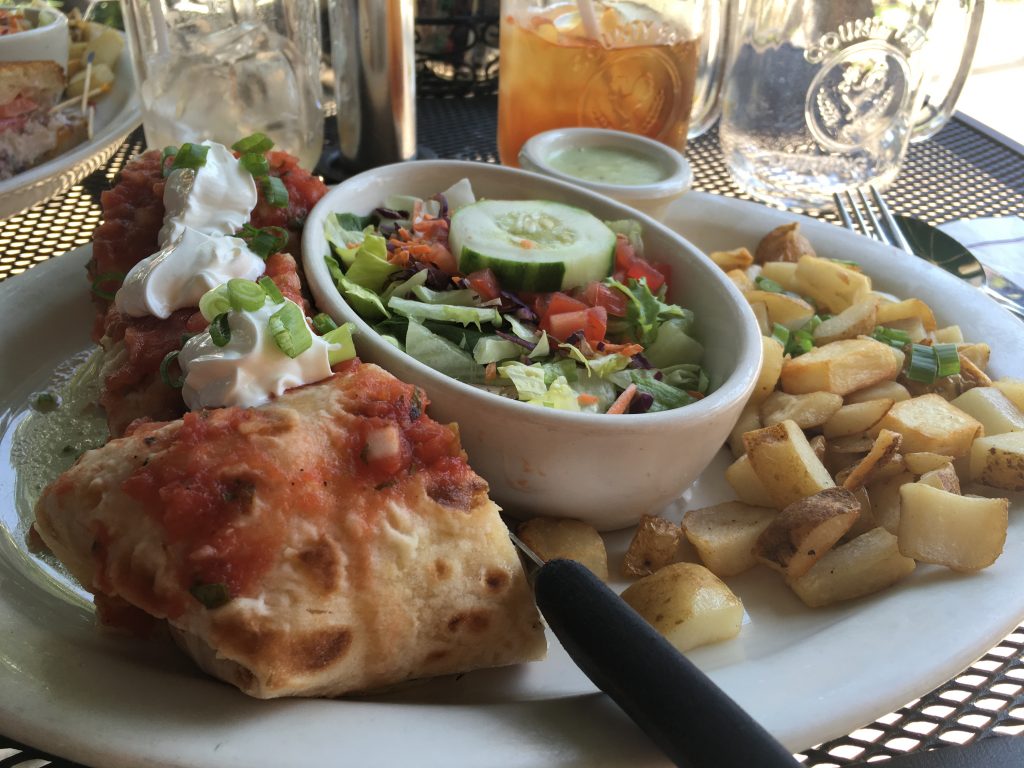 We spent the rest of the afternoon laying out by the pool at his parents’ apartment complex. 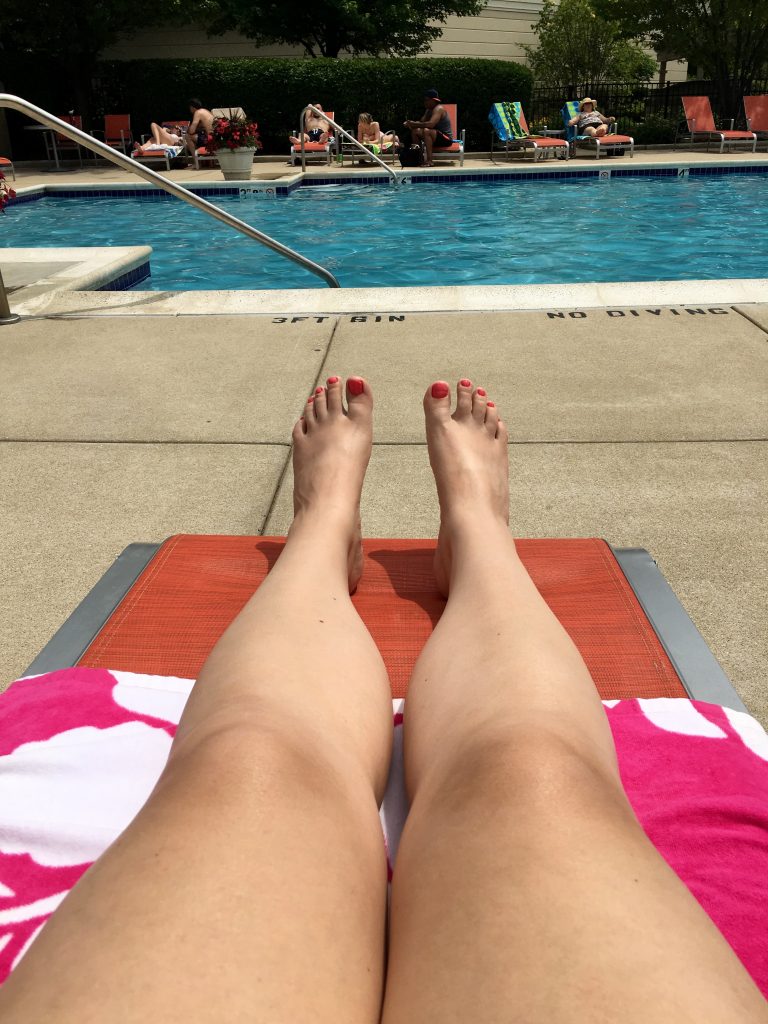 Later that evening we had dinner with his parents at Vistro in Hinsdale.  This is easily one of my favorite new restaurants I’ve been to recently.  We had a delicious crispy kale appetizer that was so good! 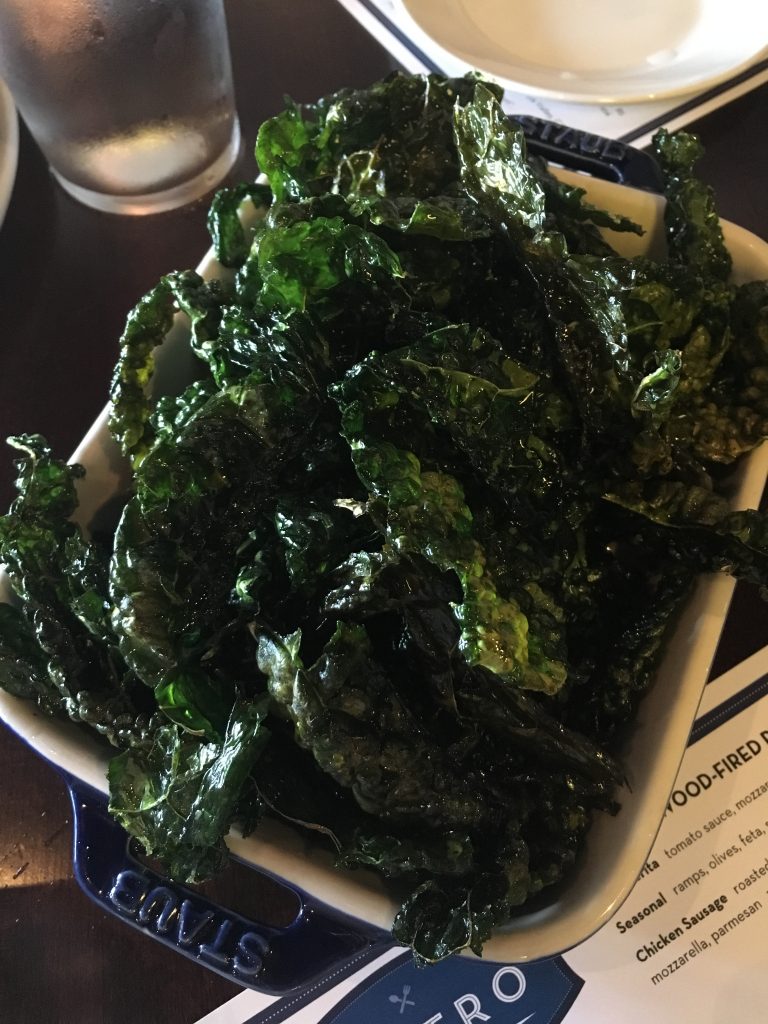 SUNDAY | Kevin and I went to church in the morning and then had an awesome brunch at Miss Ricky’s.  I had the chilaquiles which were so good!

We also ended our meal with a complimentary chocolate milkshake because who doesn’t have ice cream with their breakfast? 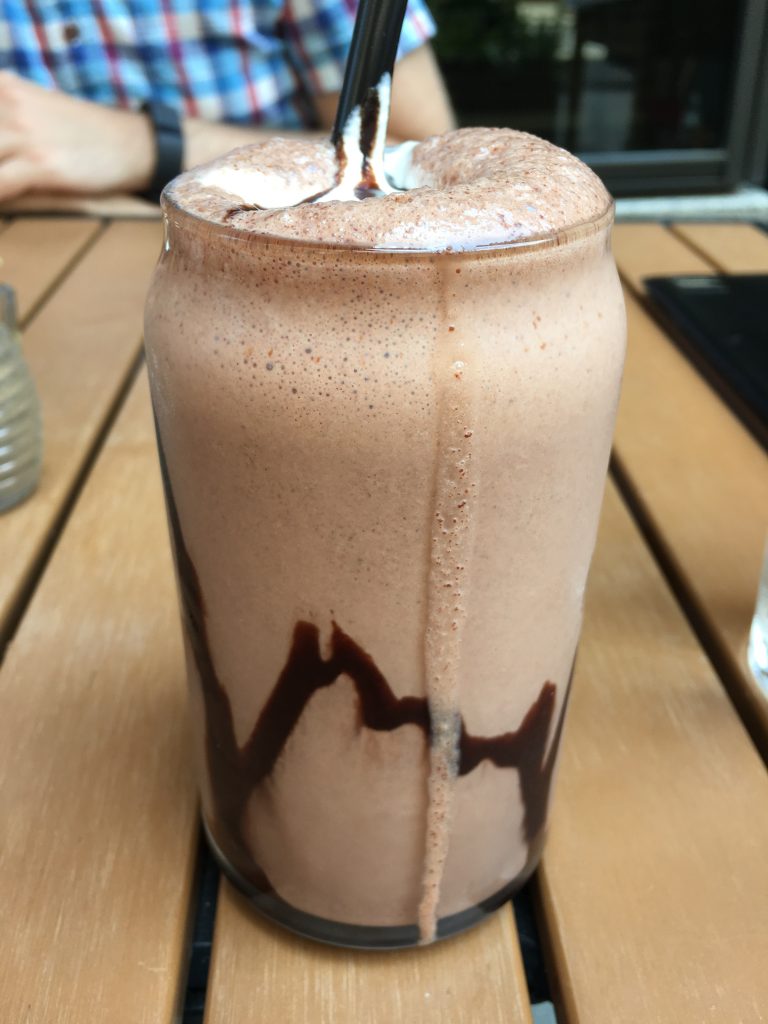 After quite an indulgent brunch we decided to work some of it off by walking along the new river walk.  It was a beautiful day and we could not be outside long enough! 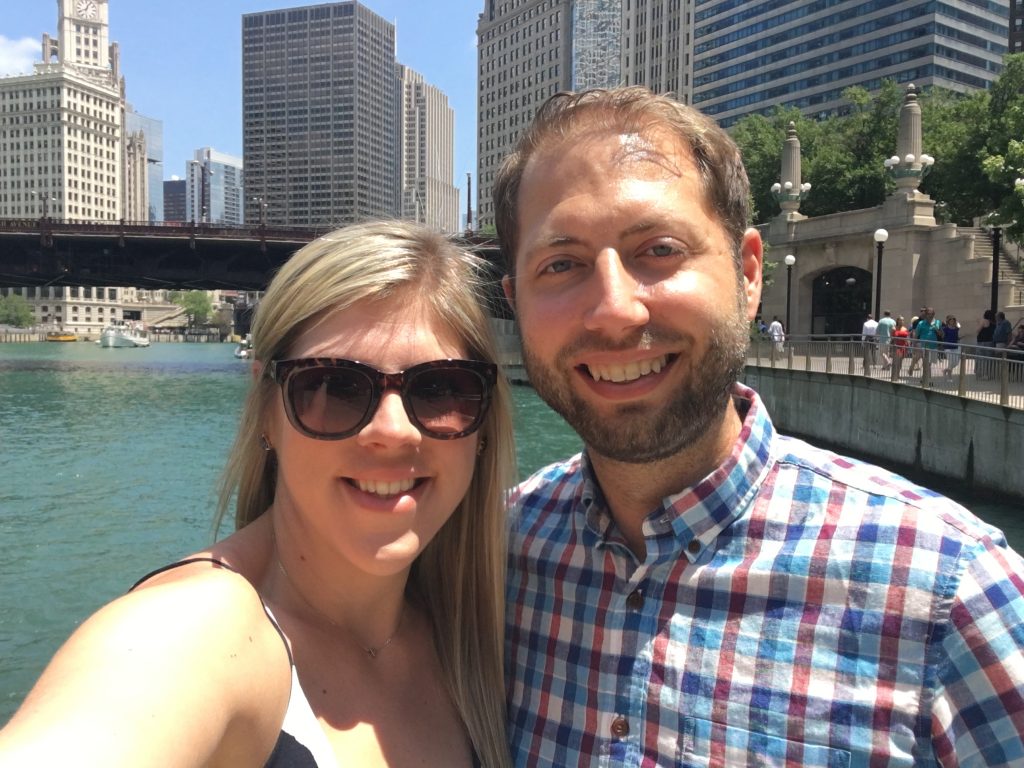 Later in the day my sister drove up for a work conference so she joined us for my birthday dinner at a new restaurant in Oak Park called Citrine.  We loved everything we tried including this charred octopus dish. 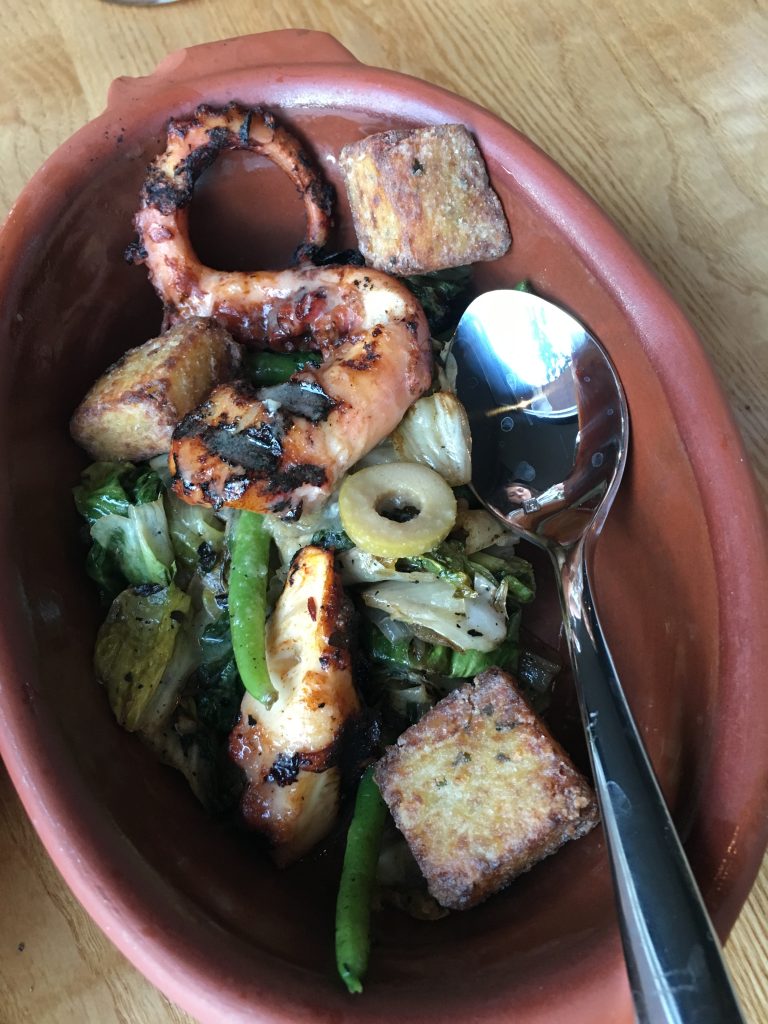 I had a wonderful birthday weekend and feel so blessed by the friends and family in my life!  I’m looking forward to another great year!