Good afternoon!  Sorry for the late post today, but I didn’t get home until late last night from Minneapolis.  I had the best weekend with my girlfriends and I’m so excited to recap it for you!

We arrived in Minneapolis late Thursday night.  Jacki and I were greeted at the airport by Erin and Mandy with big hugs, screams, and crowns from Target.  I’m sure everyone at the airport thought we were crazy, but I loved it!  This is so typical of Erin to bring something like cheap crowns for us to wear and one of the things I love about her most!  We stayed up late talking and catching up with each other before heading to bed. 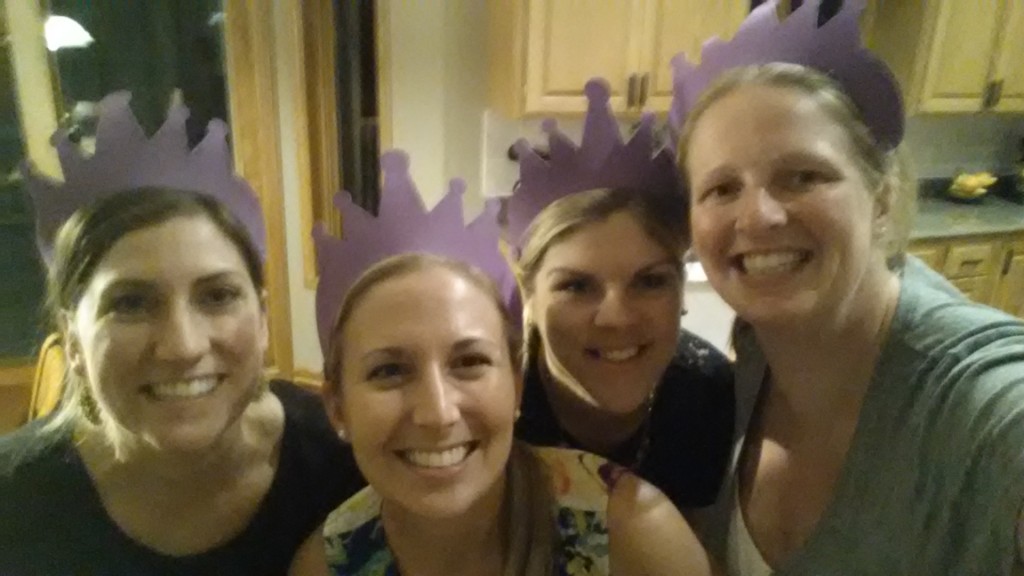 Friday morning we woke up and ate breakfast at home before heading out to explore Minneapolis for the day.  Our first stop was to the General Mills World Headquarters which is where Erin works.  She gave us a tour of the campus where we saw the Betty Crocker test kitchen and other fun things.  No pictures were allowed inside of the building. 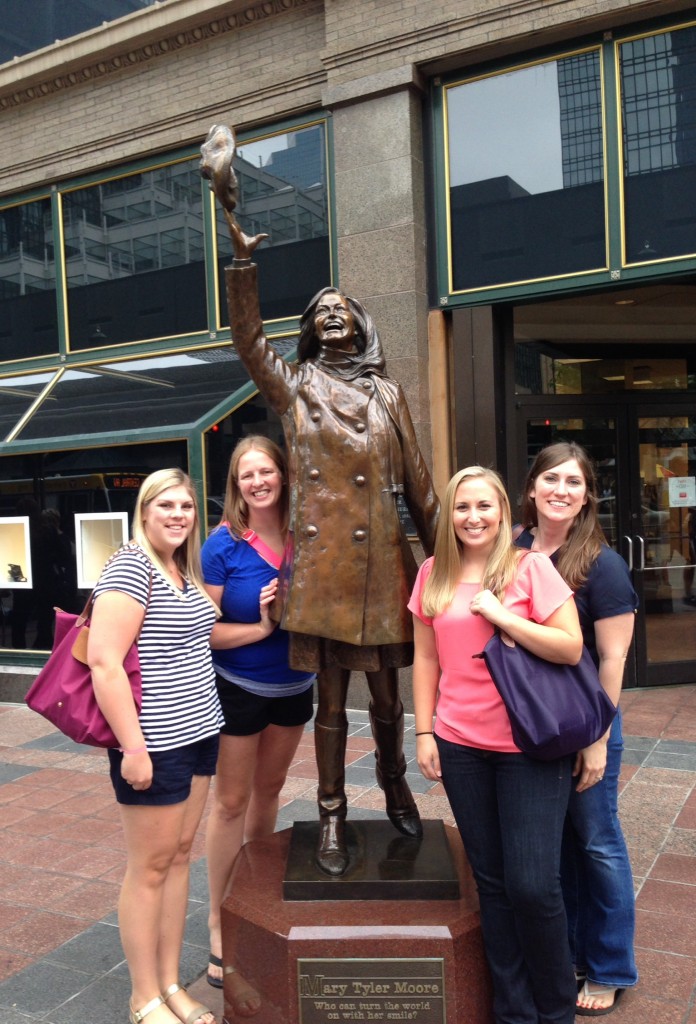 We ate lunch at a local joint called Hell’s Kitchen where we tried a Minnesota icon – State Fair Cheese Curds.  How can you go wrong with fried cheese? 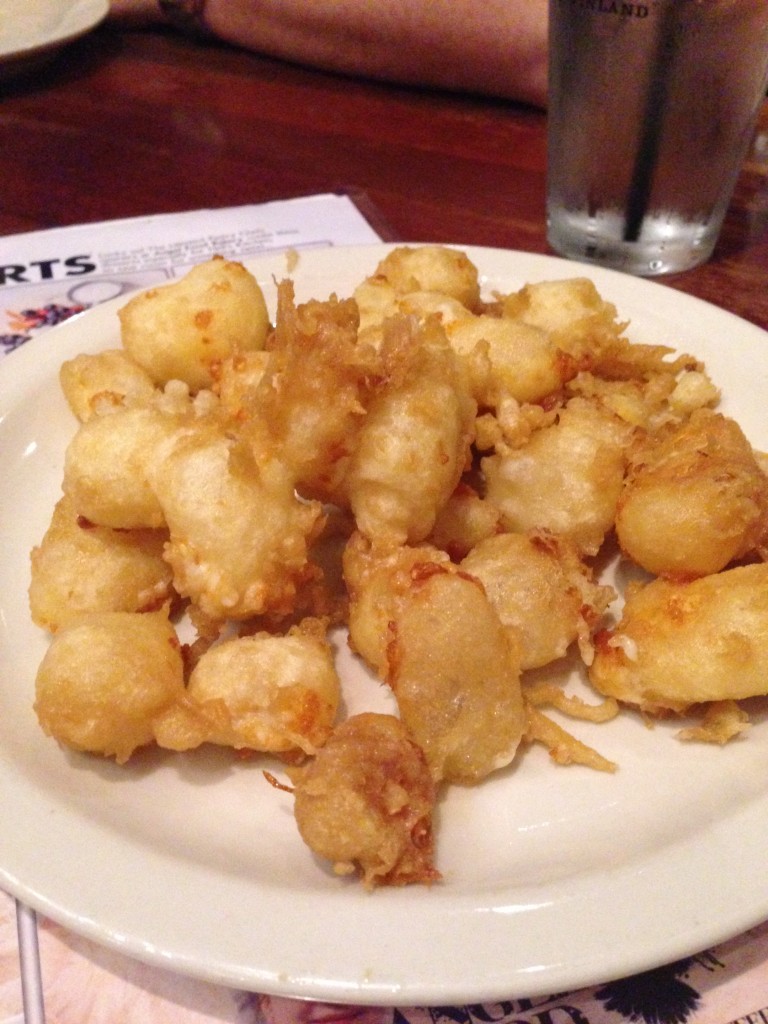 After lunch we needed to walk off all of the calories we had consumed so we continued on our tour of the downtown area.  We saw Target Field where the Twins play and the Target Center where the Timberwolves play. 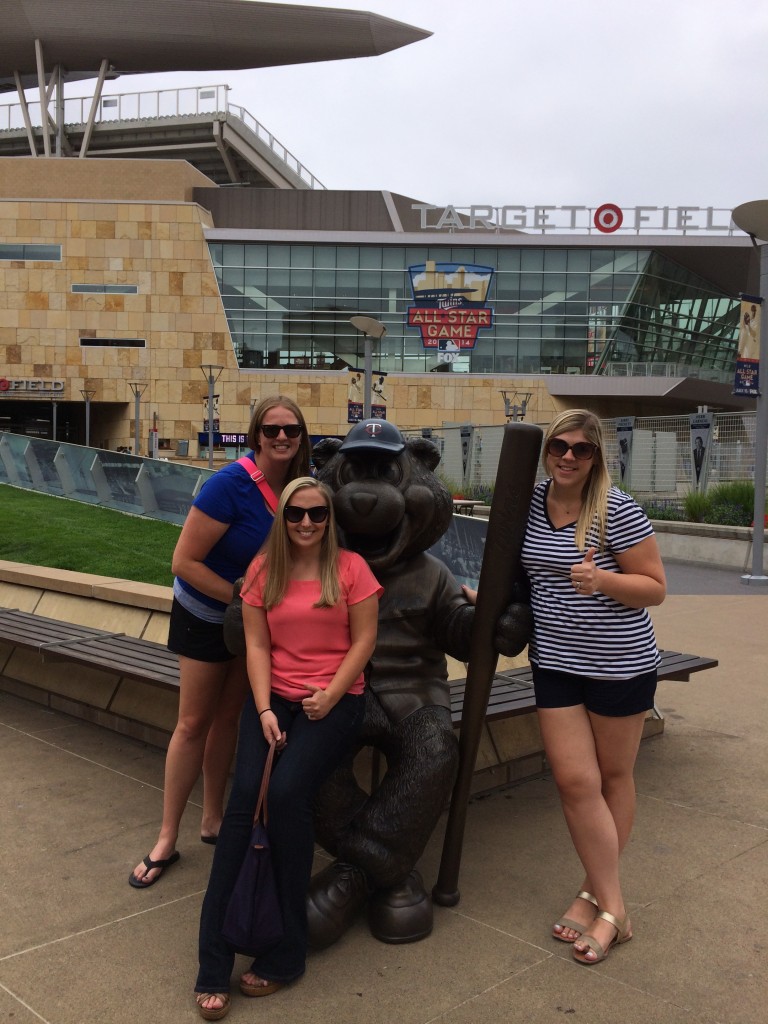 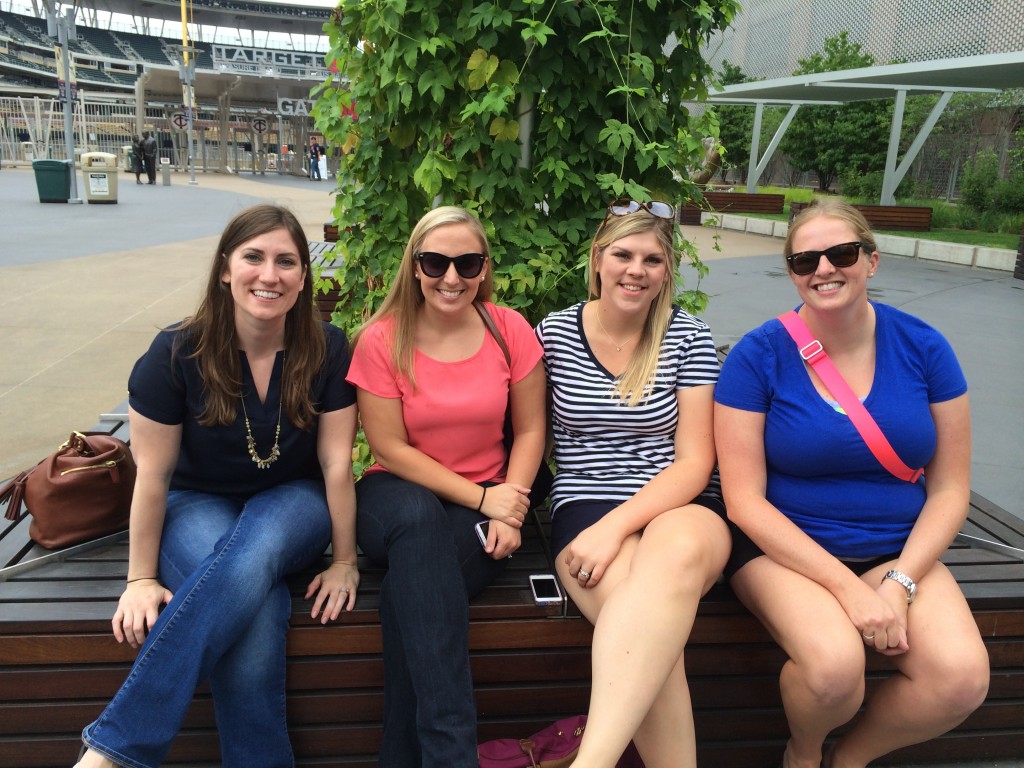 We then headed over to the Minnesota Sculpture Garden to see the famous Sproonbridge and Cherry. 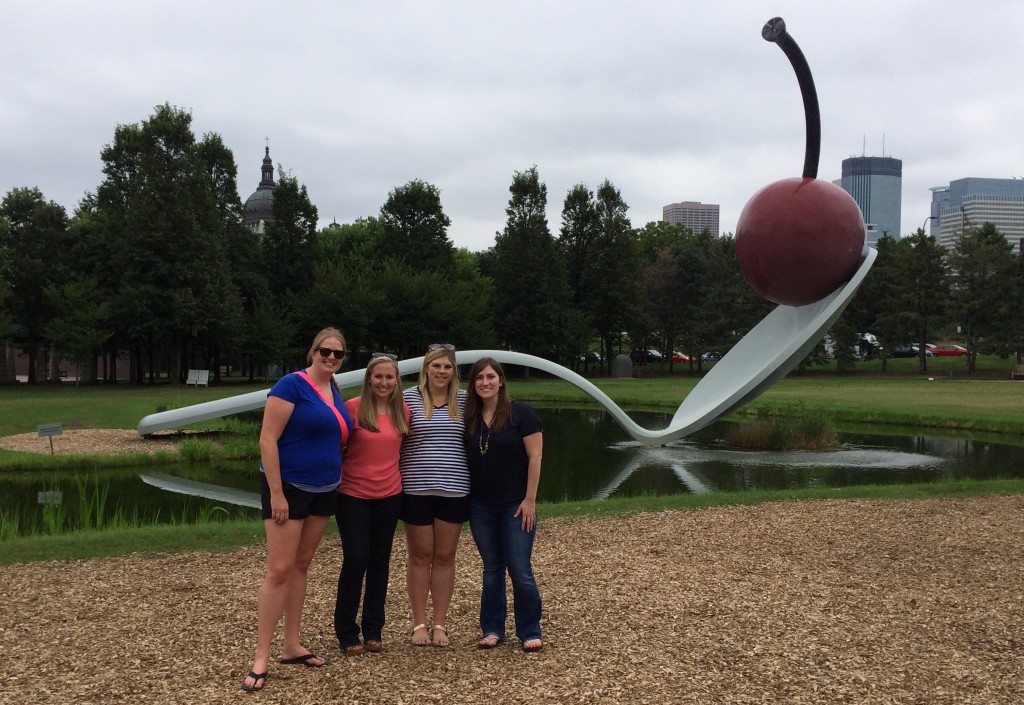 Even though the sun never came out the entire weekend, it was still pretty hot and humid so we stopped to get some ice cream at Sebastian Joe’s next.  I got Bailey’s Irish Cream and Banana flavors – yum! 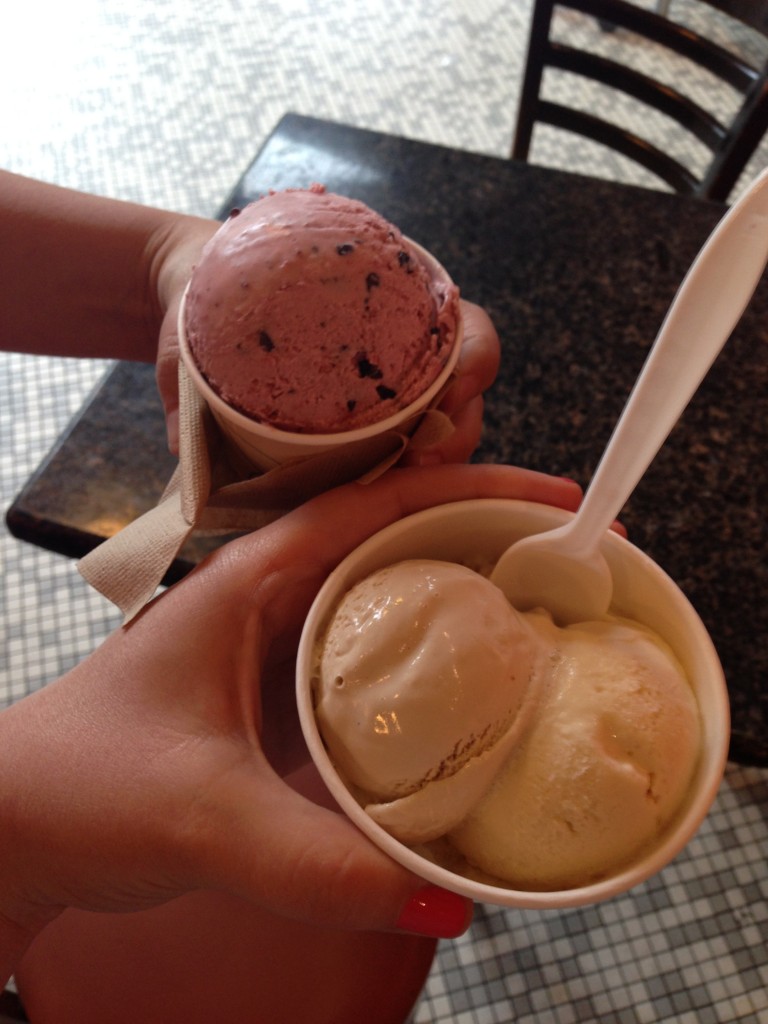 After this we went back to Erin’s house to chill out for a while and ended up staying in the rest of the night.  Erin whipped up some delicious snacks for us and we spent the night just chatting and reliving college stories.  We even started planning the location for our girls trip next year. 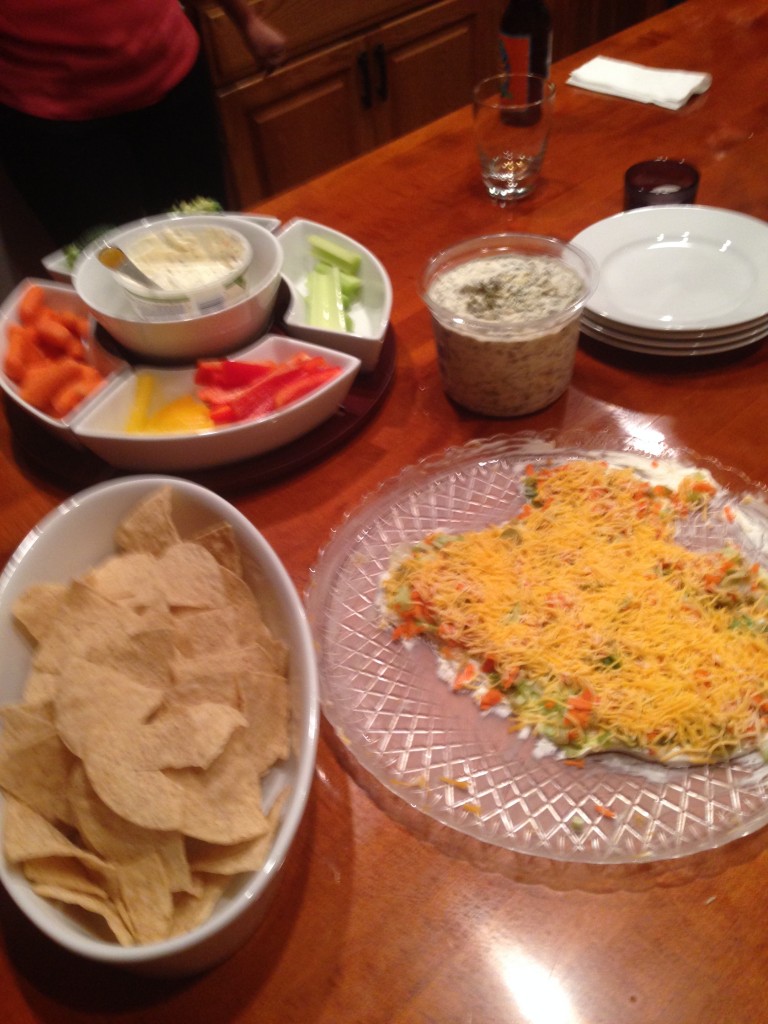 We woke up and ate breakfast at home again before heading out on the day’s adventures.  Erin put together a delicious spread of bagels, muffins, and fresh fruit.  She was such a wonderful hostess!

She and her husband, Scott, are in the process of building a new house so she showed us their new neighborhood and we walked through a couple of the model homes.  Their new house is going to be so nice!  Her new neighborhood is right by a big shopping area which is where we ate lunch.  We ate at a pizza place called Punch where they cook the pizzas in an 800 degree oven so it only takes 90 seconds to cook!  They have several different pizza options on their menu or you can create your own with toppings of your choice.  I went with the Margherita which was awesome!  I would eat here all the time if there was a location in Chicago.

After lunch we headed to Minnehaha Falls to check out the waterfall which flows into the Mississippi River.  The waterfall was located in a gorgeous park and there were tons of people there enjoying picnics and touring the falls. 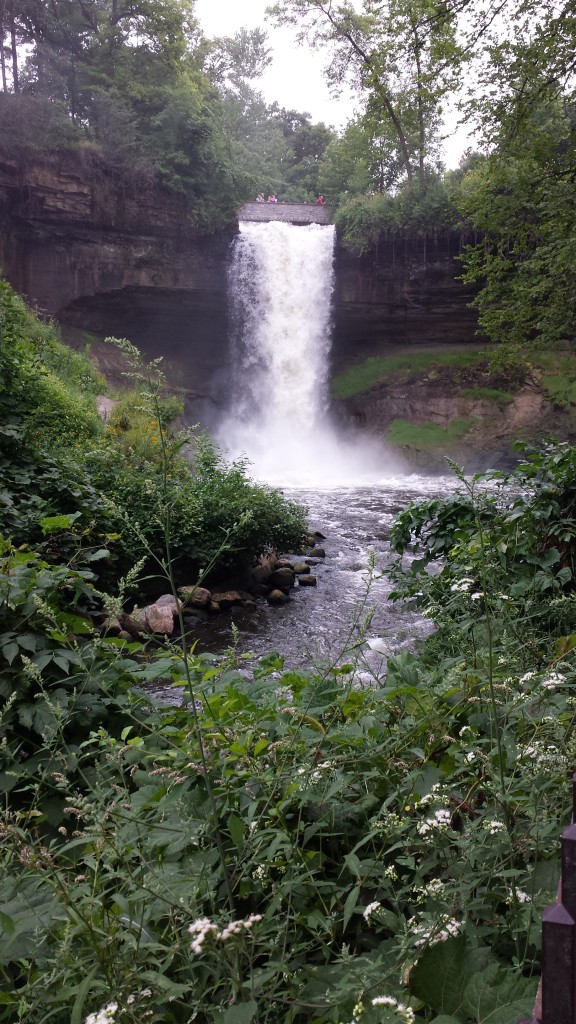 They had a bike rental place in the park so we decided to rent a four person pedal bike for an hour to ride around.  Mandy was our faithful driver while the rest of us just sat back and pedaled.  I have to admit it was kind of tough going up some of the hills and I’m pretty sure Mandy had enough of the rest of us complaining how hard it was, ha!  It was actually really fun riding around and I would definitely do it again! 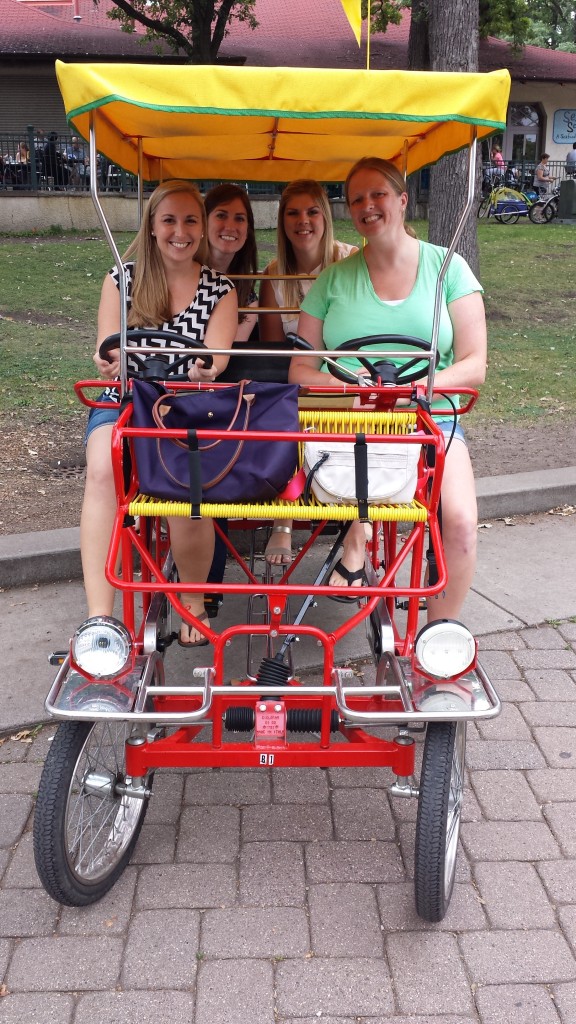 After the bike ride, we walked around the falls some more for a few photo ops before heading back home. 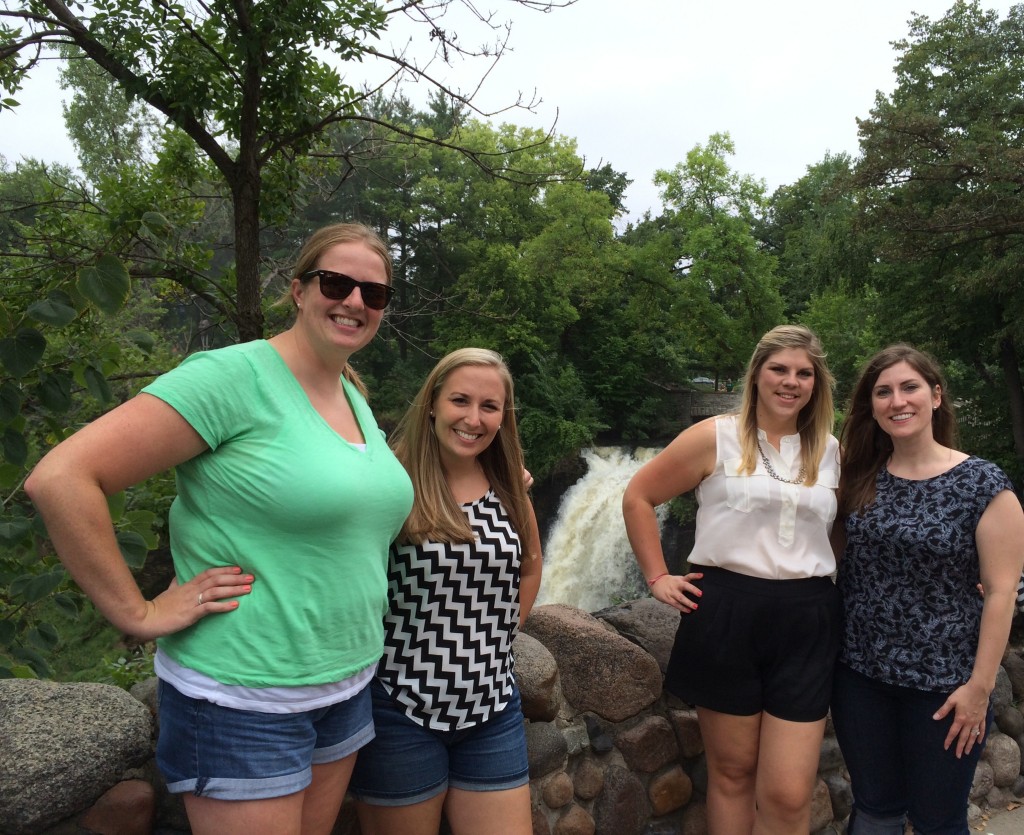 Like I said before, it was pretty hot and humid all weekend so we headed back to Erin’s house to freshen up and get ready for dinner later that evening.  Mandy had her computer with her so we ended up looking through all of her pictures from college which was pretty hilarious/embarrassing to look back on.  Some of the hair styles and outfit choices we just had to shake our heads at.

Before dinner, we made it to happy hour at Prohibition which was downtown in the W hotel.  The bar is located on the 27th floor so comes with some views of the city. 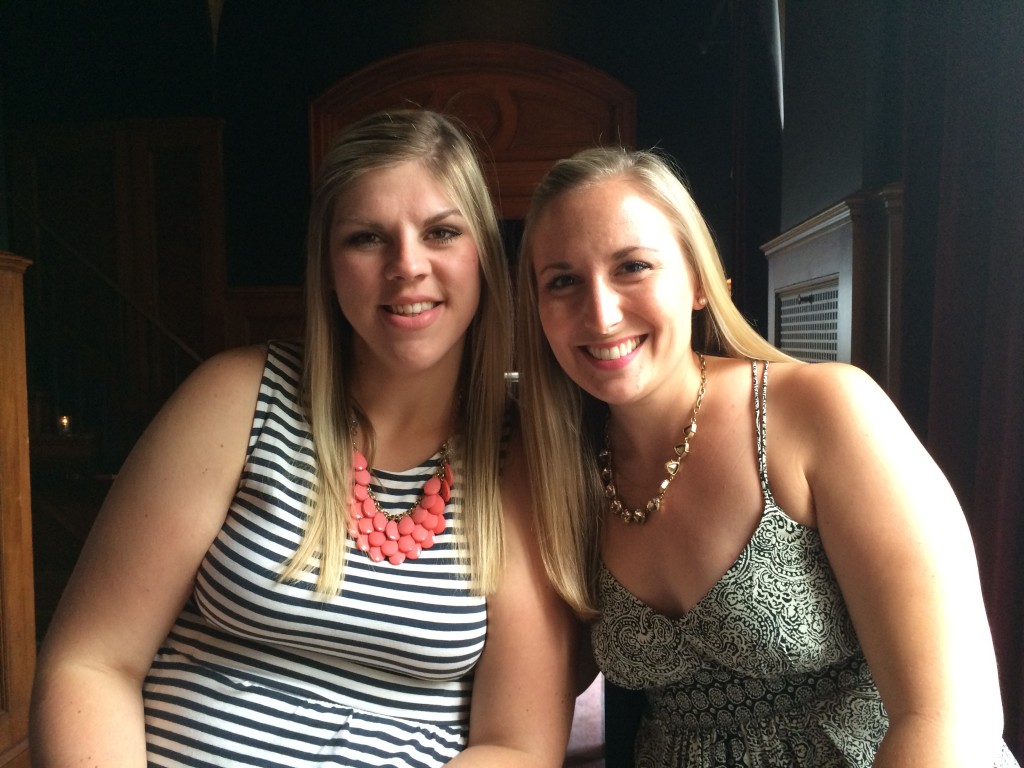 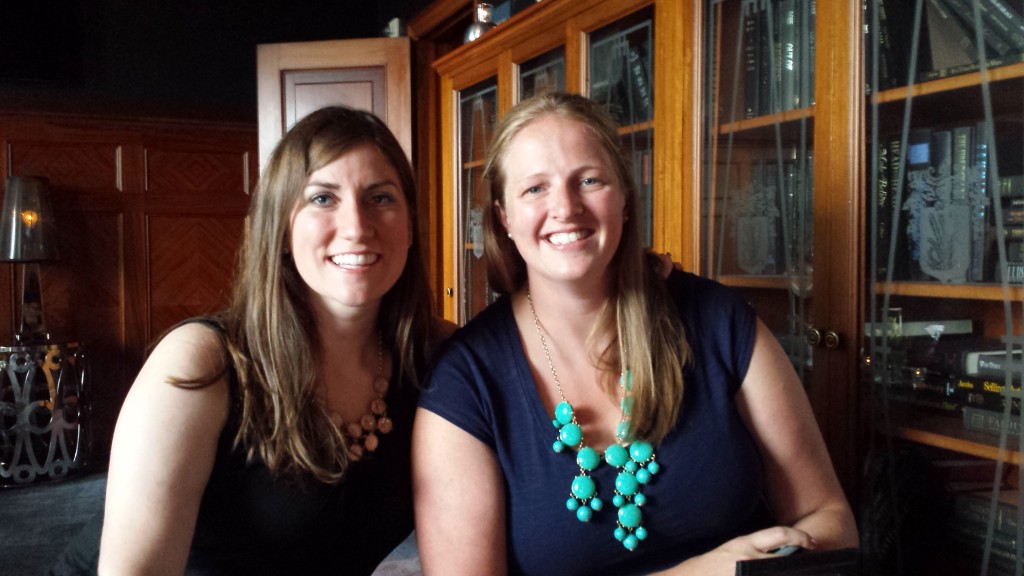 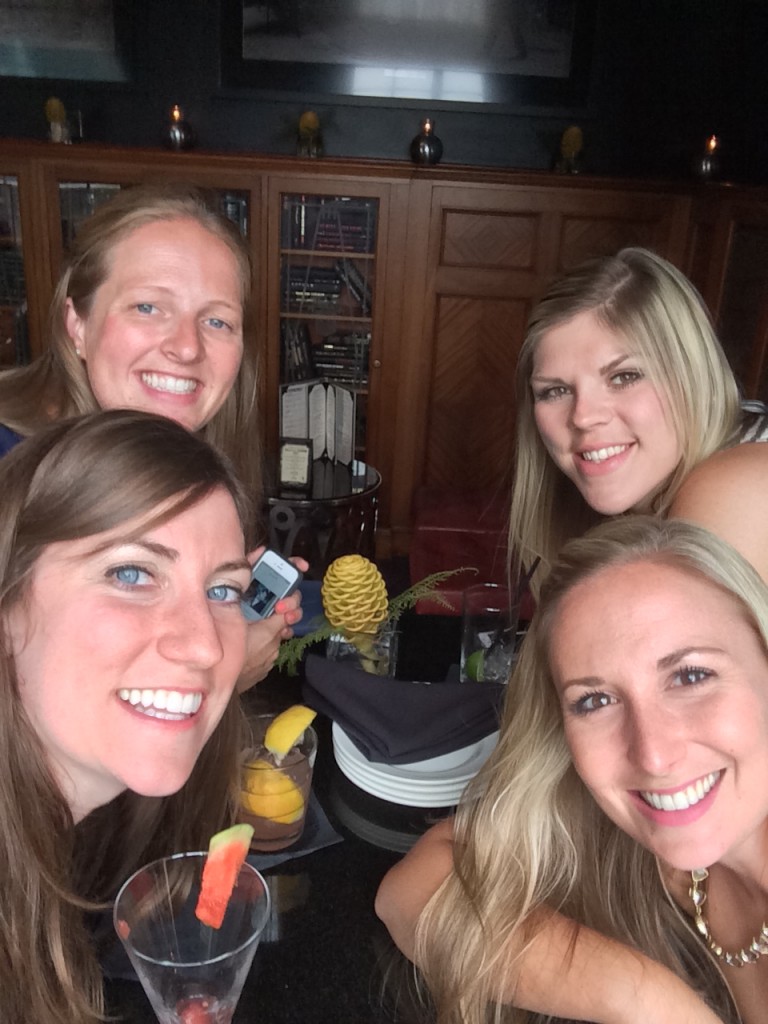 Erin ordered the most fun cocktail which was called Summer Solstice and was made with dry ice creating smoke in the drink. 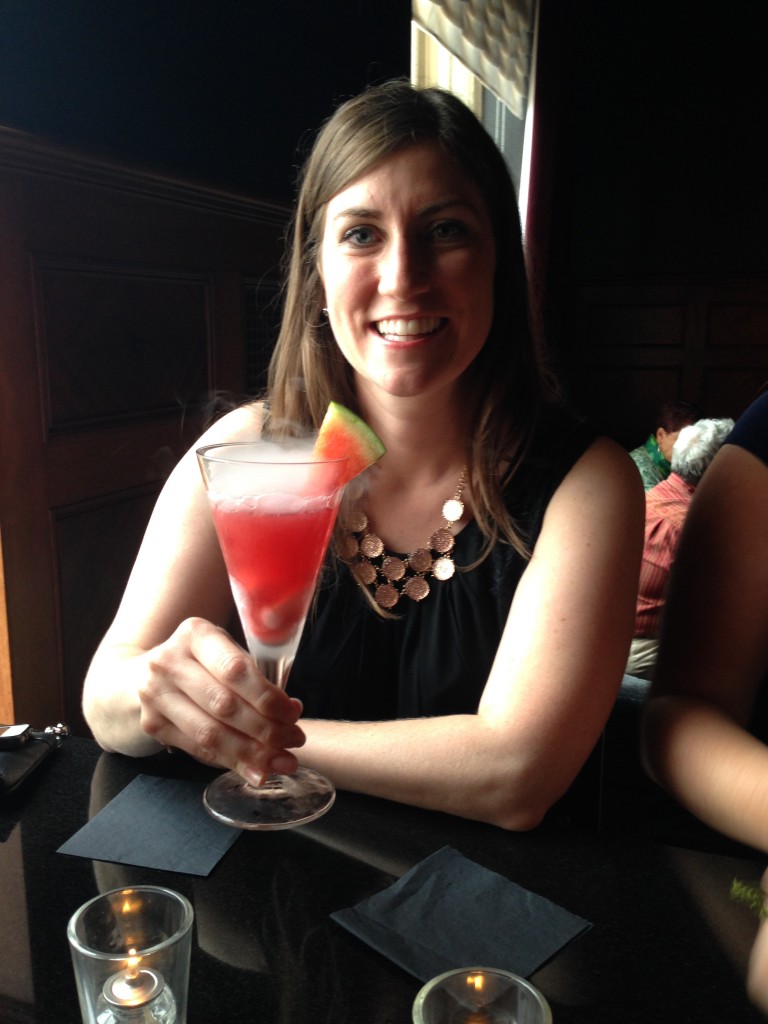 After a successful happy hour, we were ready for dinner.  We ate a fun Italian small plates restaurant called Bar La Grassa.  We shared a couple of different bruschettas and pasta dishes which were all great.  My favorite was the gnocchi with cauliflower and orange! 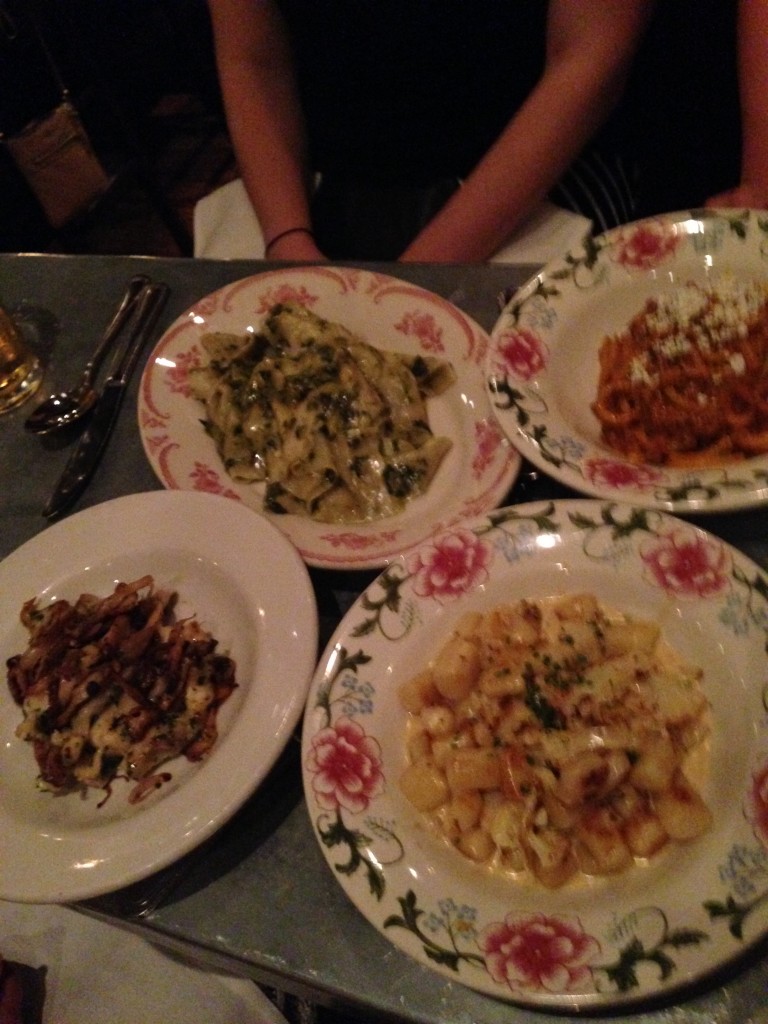 We were pretty stuffed from dinner, but because there is always room for dessert we walked across the street to The Freehouse for some dessert and coffee on the patio. 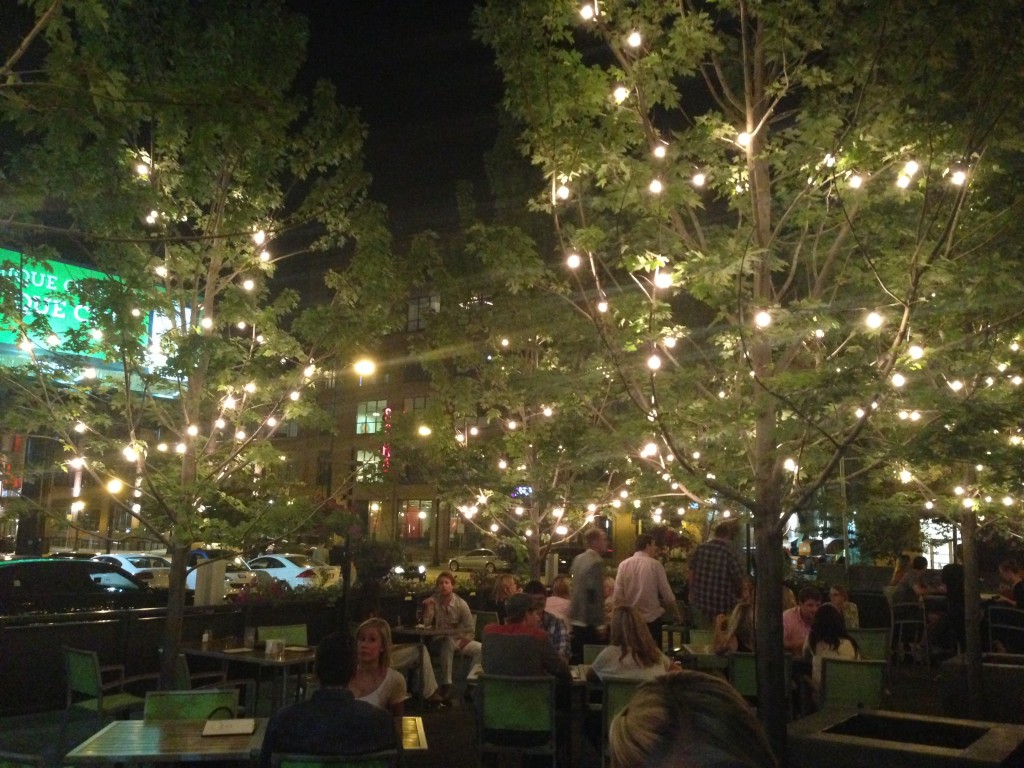 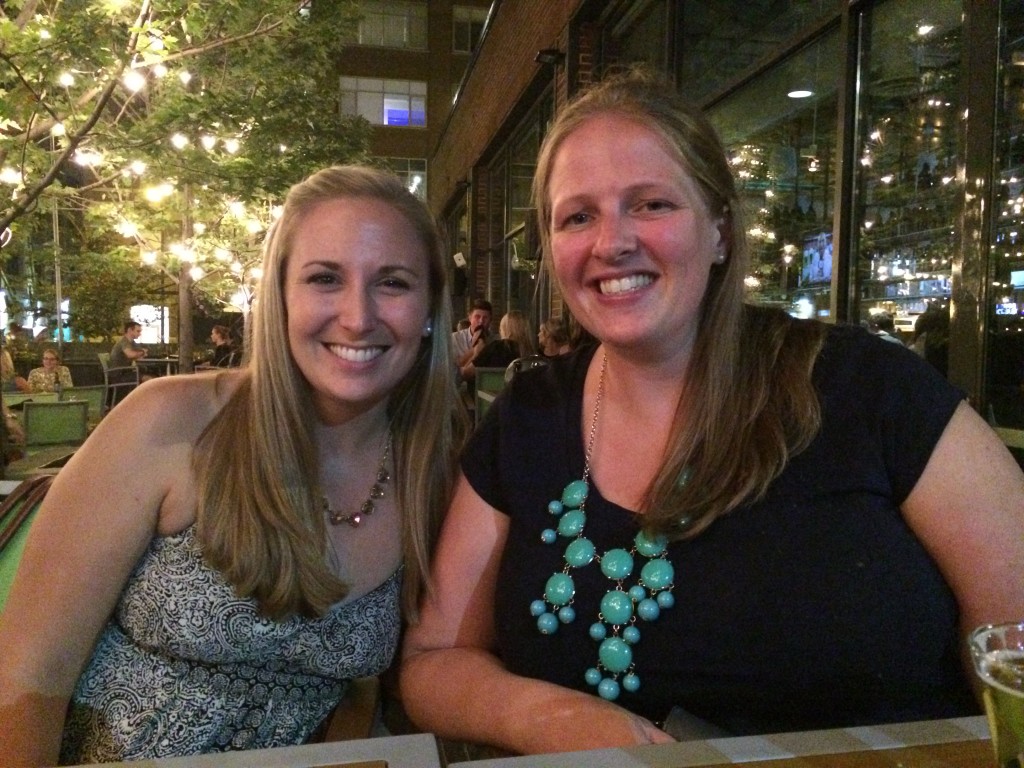 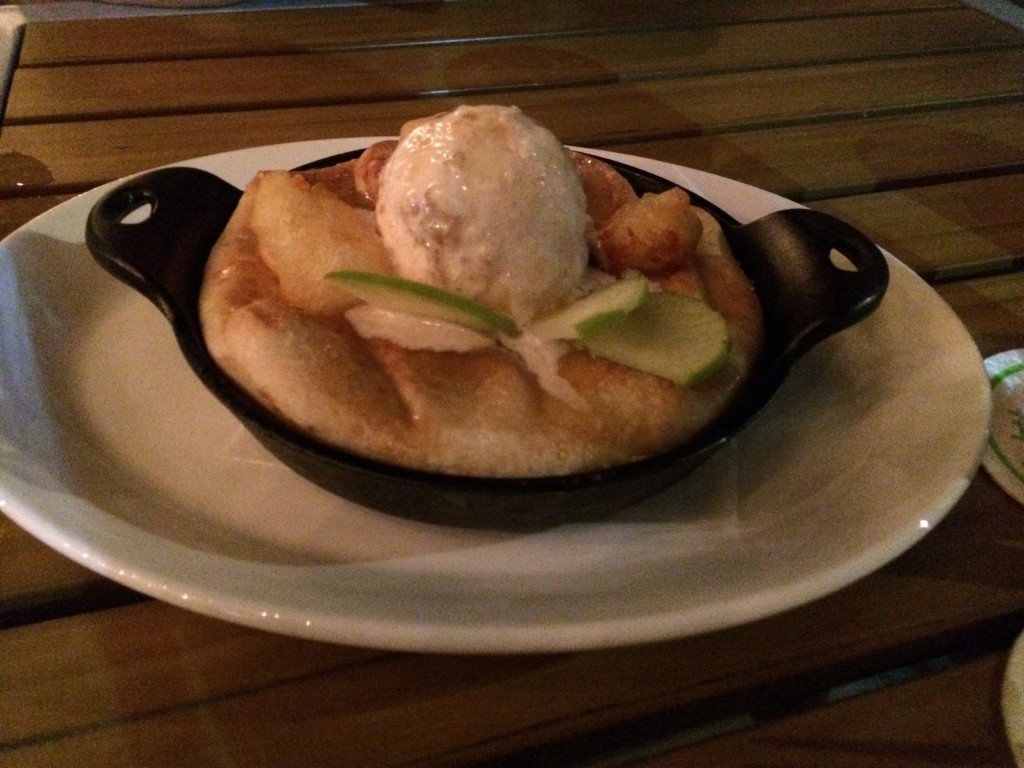 One fun thing about this restaurant is that they get all of their coffee mugs from garage sales so we had a pretty eclectic mix of mugs at our table which was a fun twist!  Happy Birthday Wal-Mart Store 1546! 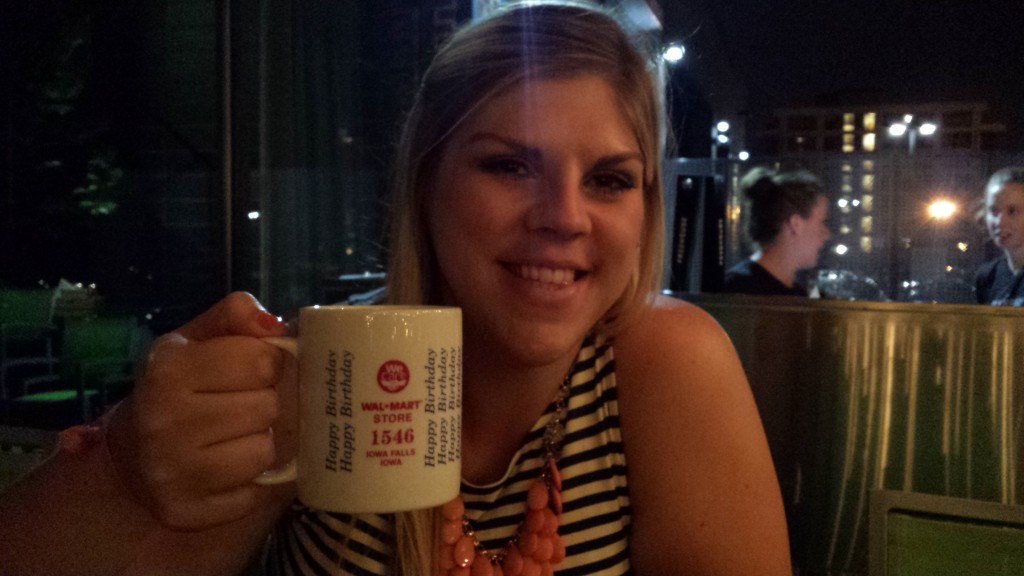 Sadly, this was our last day together!  We had early afternoon flights so had time for a quick brunch at The Lowry before leaving.  We didn’t know this beforehand, but The Lowry is the sister restaurant to The Freehouse so they also had the garage sale mugs.

After brunch we said our goodbyes and headed to the airport.  I ended up spending most of the day waiting for flights and didn’t get home until around 9 PM.  The life of a standby passenger!  At least I had a magazine and some Caribou to get me through. 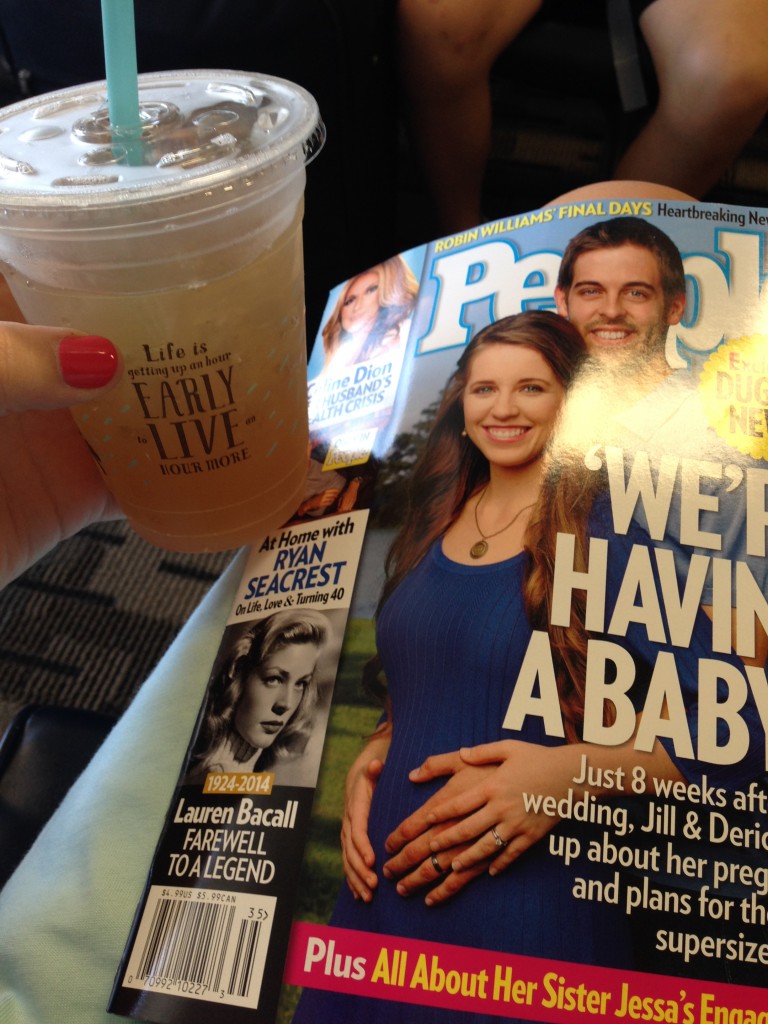 I had the best time with my girls!  It is always so much fun when we get together and we always pick up right where we left off.  We were all roommates in college and I wish that we all still lived close, but am so thankful that we continue to make it a priority to get together at least once a year.  Thanks Erin for hosting us this year!

xoxo Paige
Linking up with Meghan and Biana.