Happy Monday!!  How was your weekend?  I had a great time celebrating Kevin’s birthday and catching up on errands/house work after being out of town the past couple of weekends.  Let’s just jump right in shall we?

Since it was Halloween, we had the option of dressing up for work.  My “costume” consisted of wearing cat ears which was so creative of me. 😉  One of my co-workers had the same idea so we were twins all day! 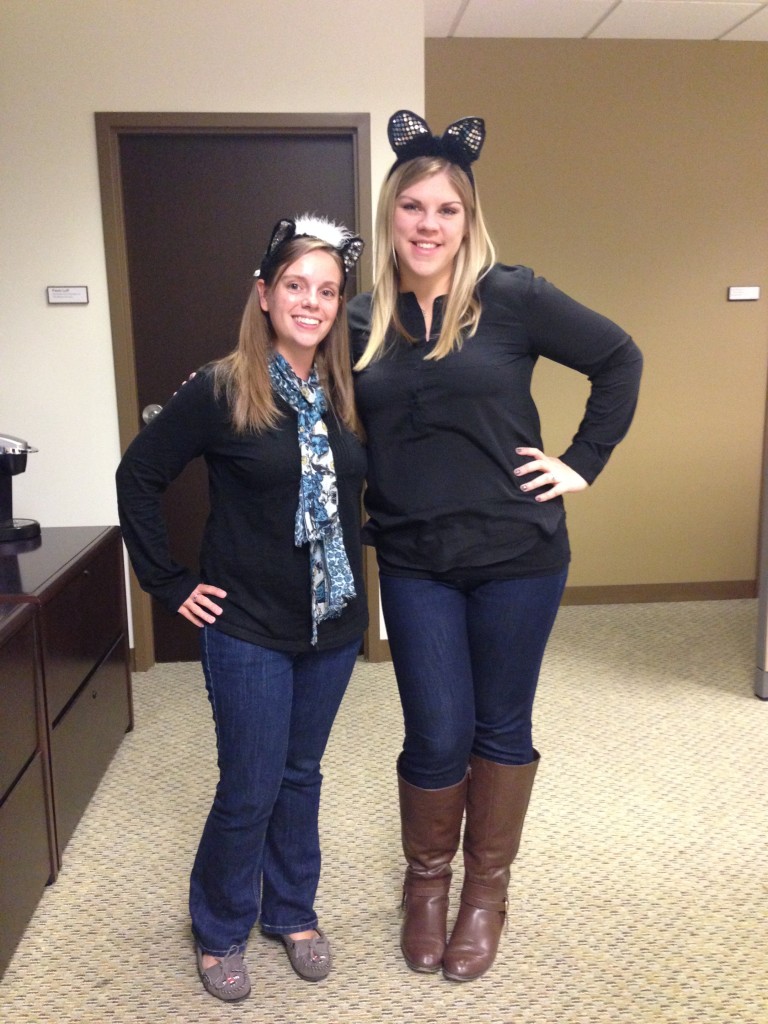 After work we had plans to go out to dinner for Kevin’s birthday but the weather was less than stellar so we decided to postpone since we didn’t feel like walking outside in the snow/wind.  We headed home and I picked up some BBQ for us from Piggyback Tavern.  I was out for all of about 20 minutes and my car looked like this: 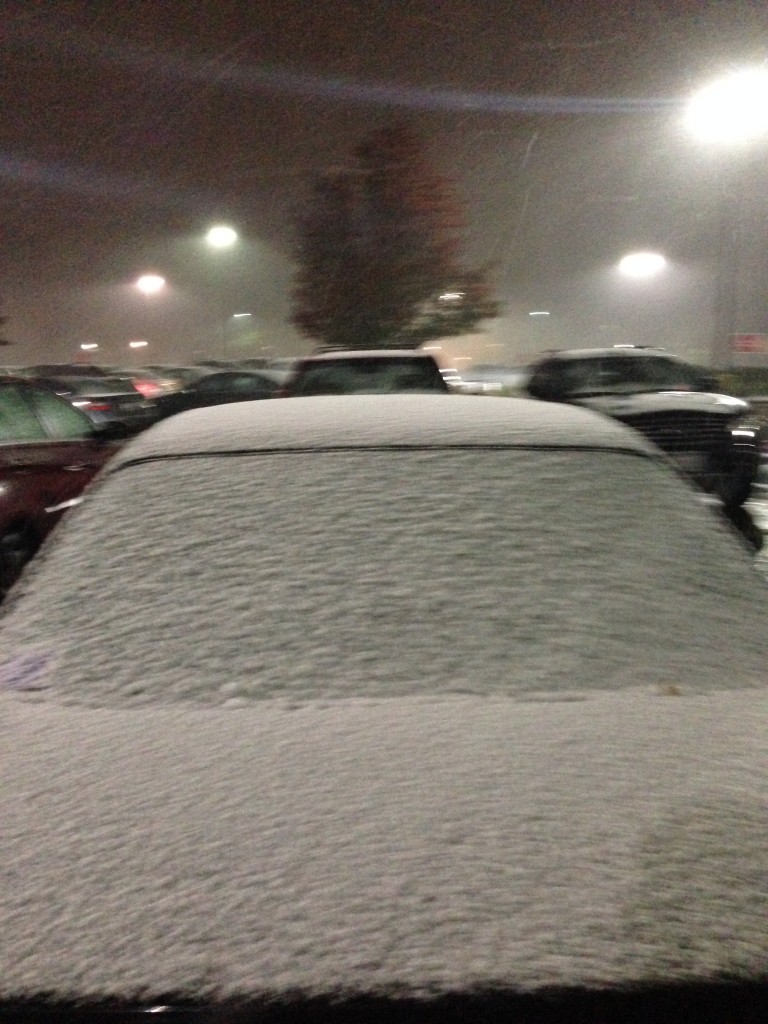 Really??  I felt so bad we postponed Kevin’s birthday dinner but he was a good sport and we spent the evening doing what he wanted which meant watching the Chicago Bulls home opener on TV while eating our delicious BBQ.  Side note: for those keeping score at home, I ended my stretch of not eating meat.  It lasted for a good two months, but I broke the streak last weekend for Chik-fil-A – worth it! 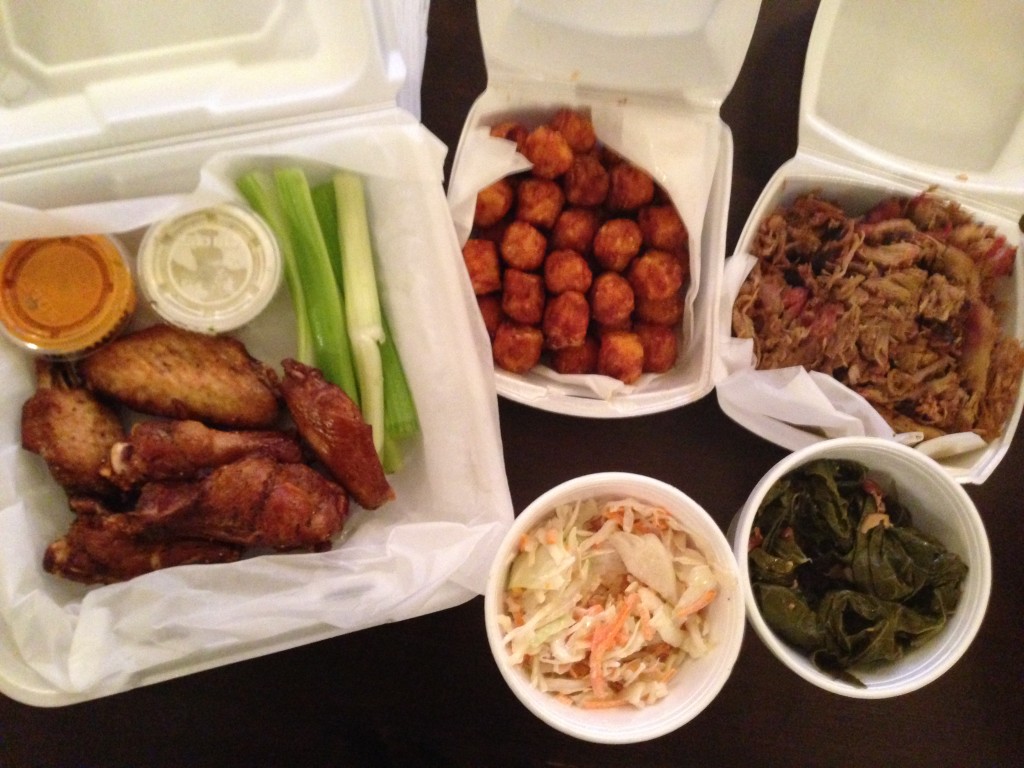 Kevin opened all of his gifts from me which included some new Purdue gear and clothes from J. Crew.  I made him some gluten free oreo dirt pudding for his “cake”.  I even put candles in it which turned out not to be the brightest idea when he blew them out and the crushed oreos went everywhere…oops!  At least it tasted delicious! 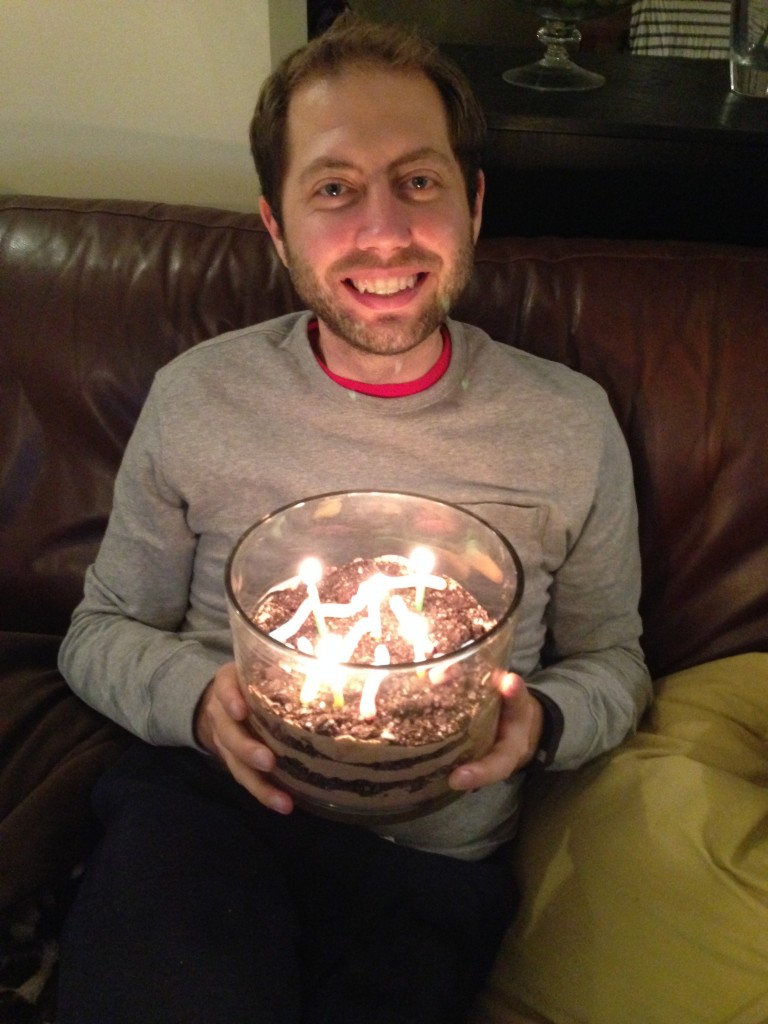 Even though we ended up not going out, we had a fun night hanging out together at home! 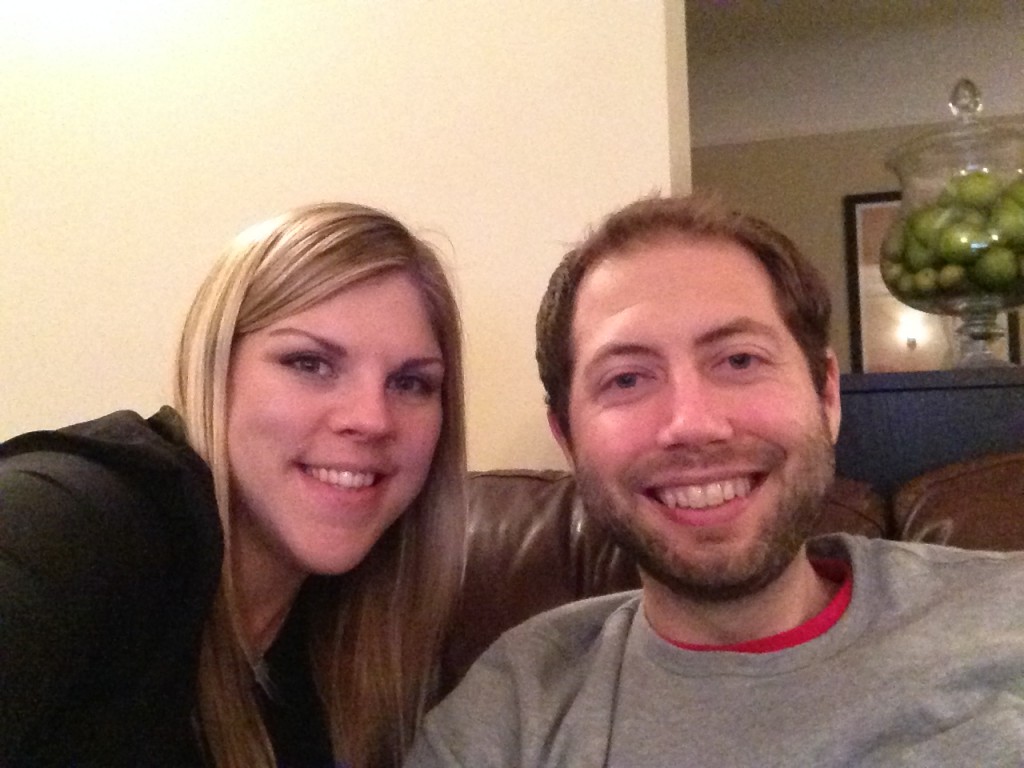 Saturday morning started out with coffee and breakfast at home.  I continued the birthday celebration by putting a candle in Kevin’s blueberry muffin (gluten free).  This time there were no catastrophes when he blew it out! 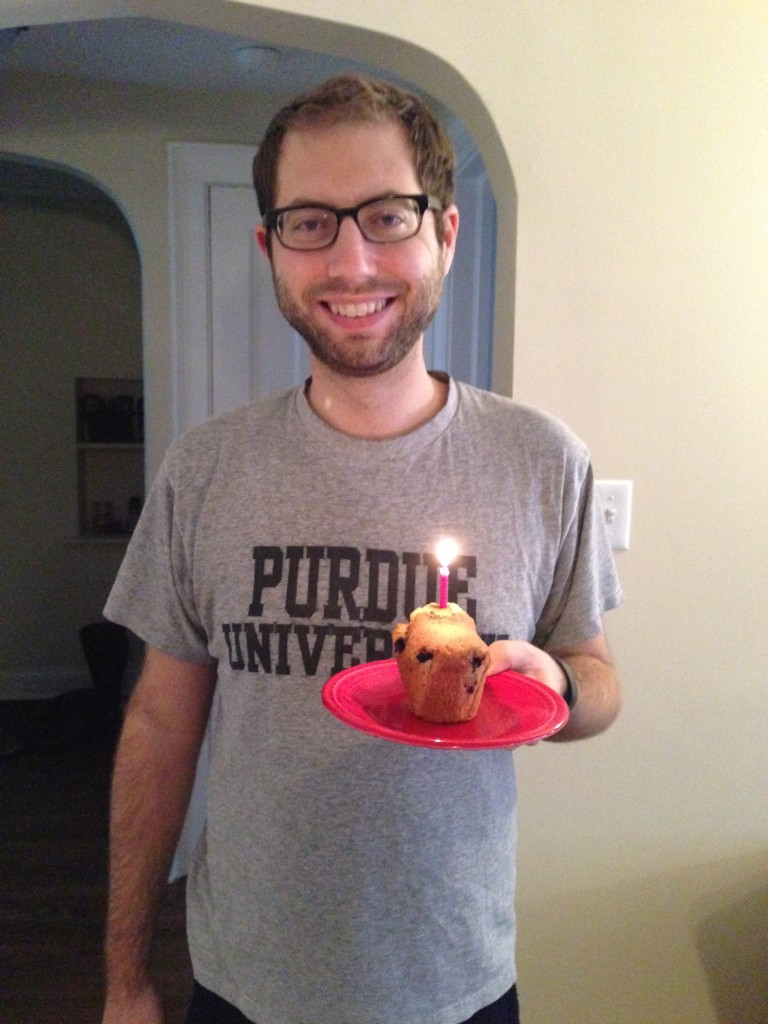 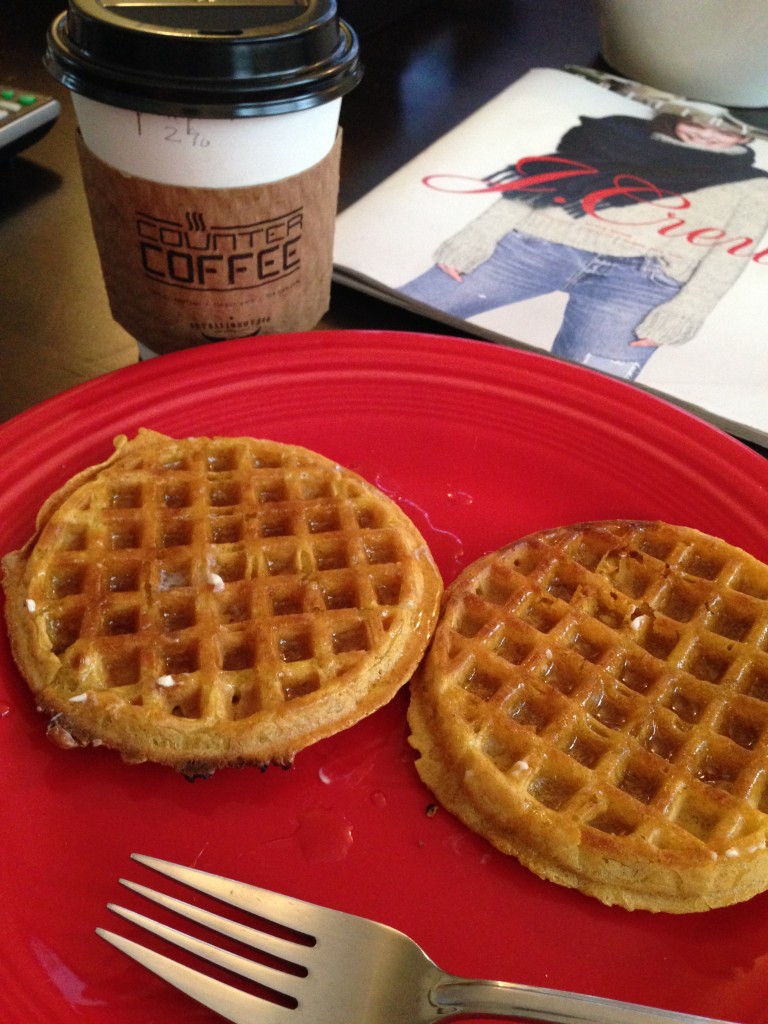 After breakfast Kevin and his dad went to test drive a car we are looking at and I stayed home and did some cleaning/watched a couple of movies on TV.  Later that afternoon we watched the Purdue football game and Kevin’s parents came over for the Notre Dame game.  I made some snacks for the games and we had a fun time hanging out. 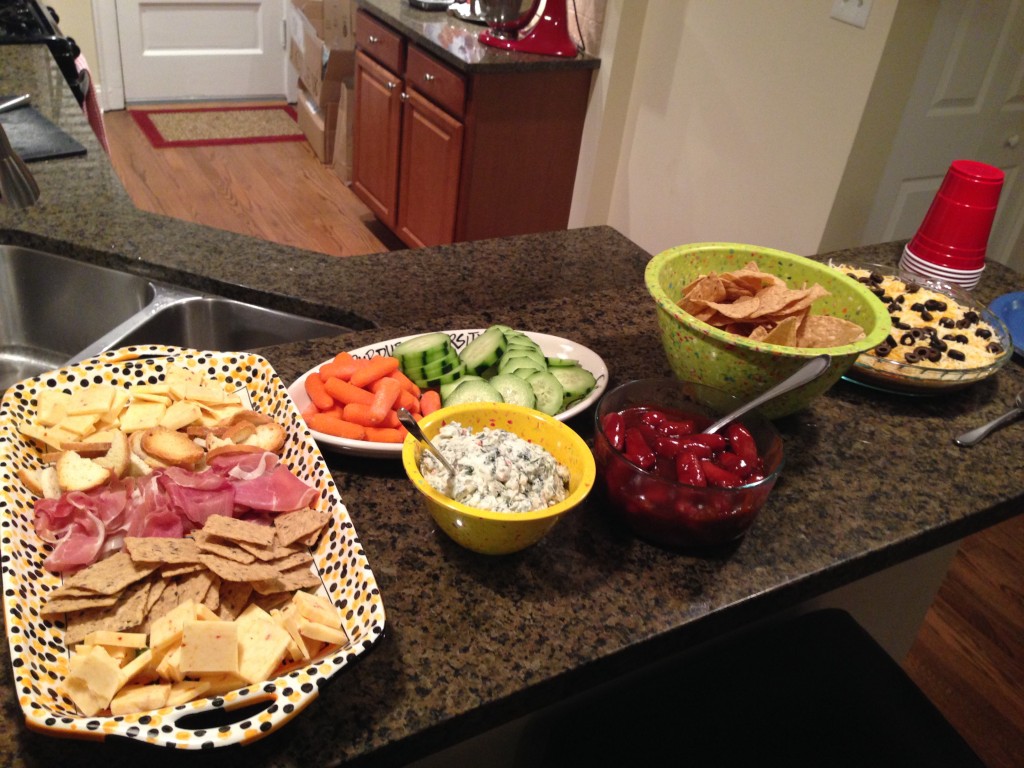 Yay for an extra hour of sleep!  We started our morning out at church and then had brunch at Avec with some of our friends from church, Brian and Jenny.  You guys, this was seriously one of the best brunches I have ever eaten!  I can’t wait to share more about it with you tomorrow, but for now I’ll leave you with this: Chorizo Stuffed Bacon Wrapped Dates.  My mouth is still watering from how good the food was! 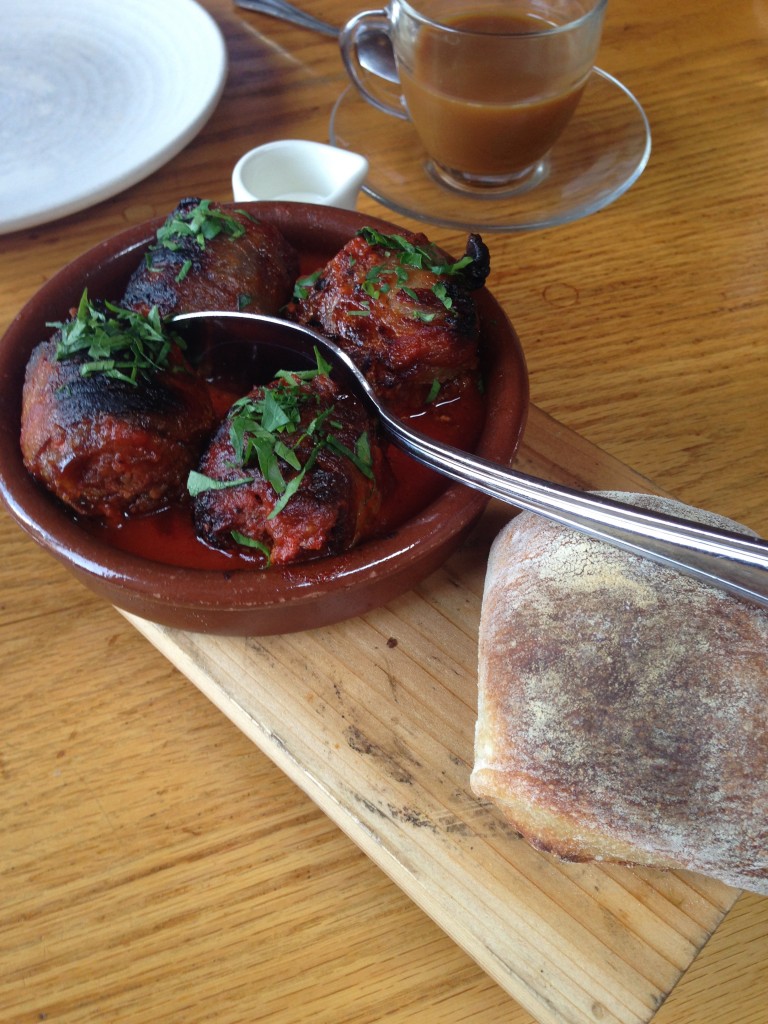 I ran some errands and did some grocery shopping while Kevin worked on homework for the rest of the afternoon.  Later that evening we watched Nik Wallenda walk across the tightrope downtown Chicago.  Did anyone else watch this?  I remember watching him cross the Grand Canyon last year too.  It always makes me so nervous, but he makes it look so easy!

Well, that was our weekend in a nutshell!

How was your weekend?  Did you do anything fun for Halloween?