I realize I’ve been a little MIA lately and I’m hoping to change that by posting more frequently now that I am on a break from school for the next month.  Here is a little look at the past couple of months.

I had lunch at the new Revival Food Hall one day and finally tried the fish tacos from Antique Taco. 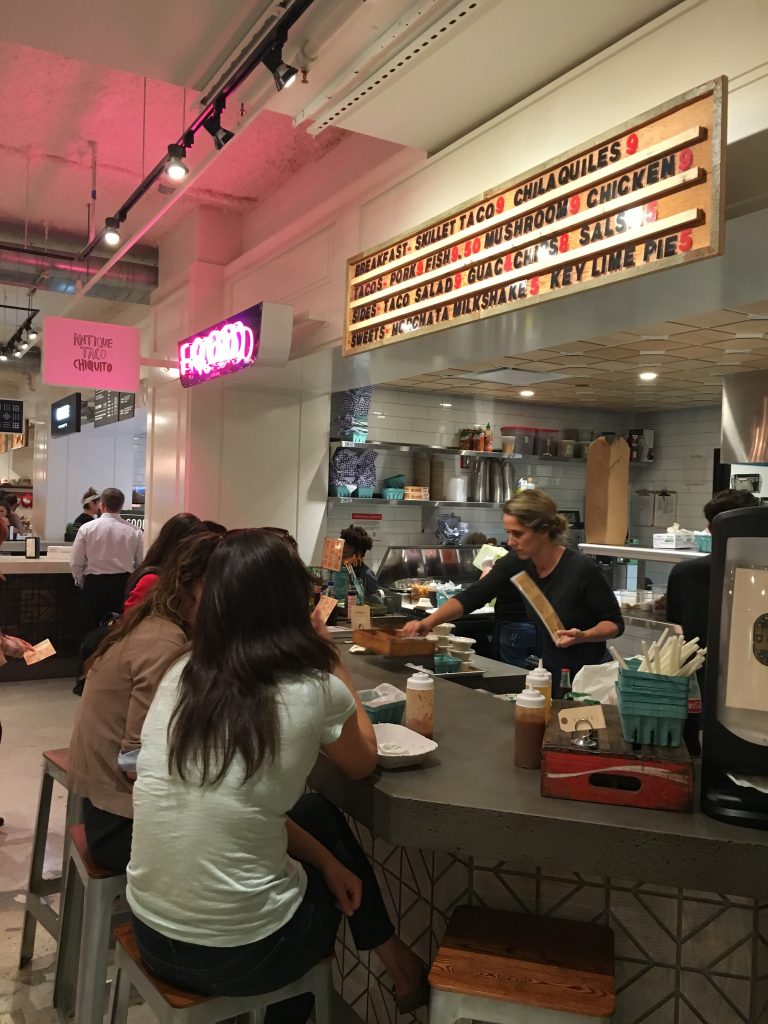 I met my small group for dessert at Spinning J one night.  I hadn’t eaten dinner yet so I actually ordered a savory bread pudding with butternut squash which was so good! 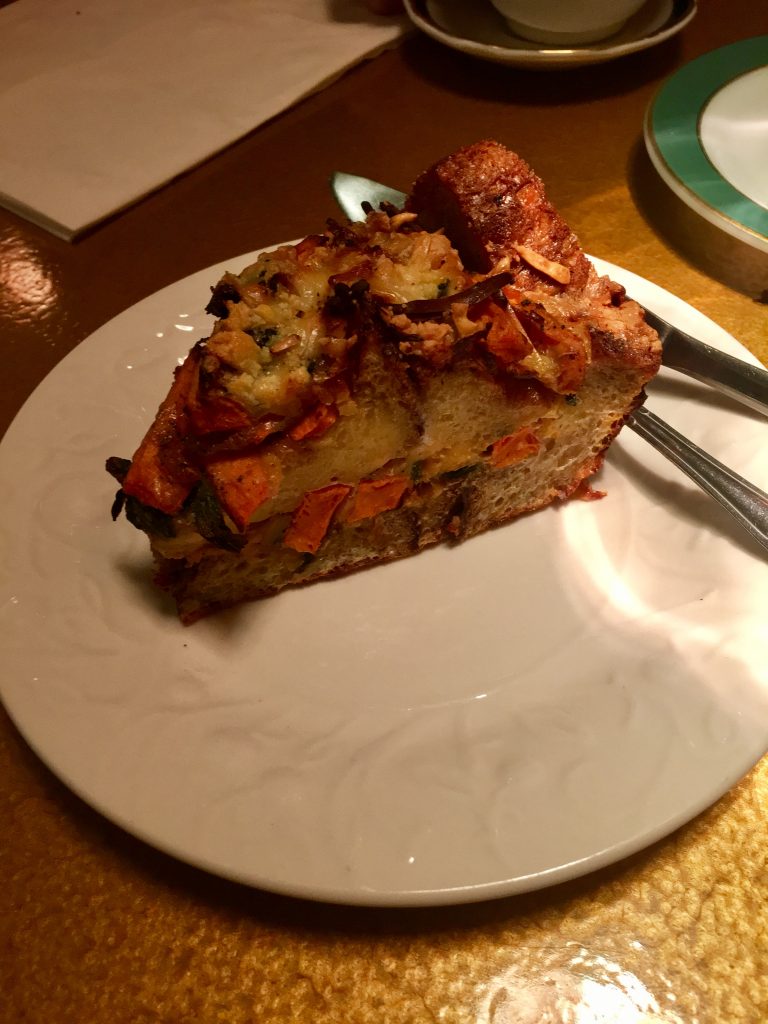 The leaves took a while to change colors this fall, but we had some beautiful fall foliage which is my favorite. 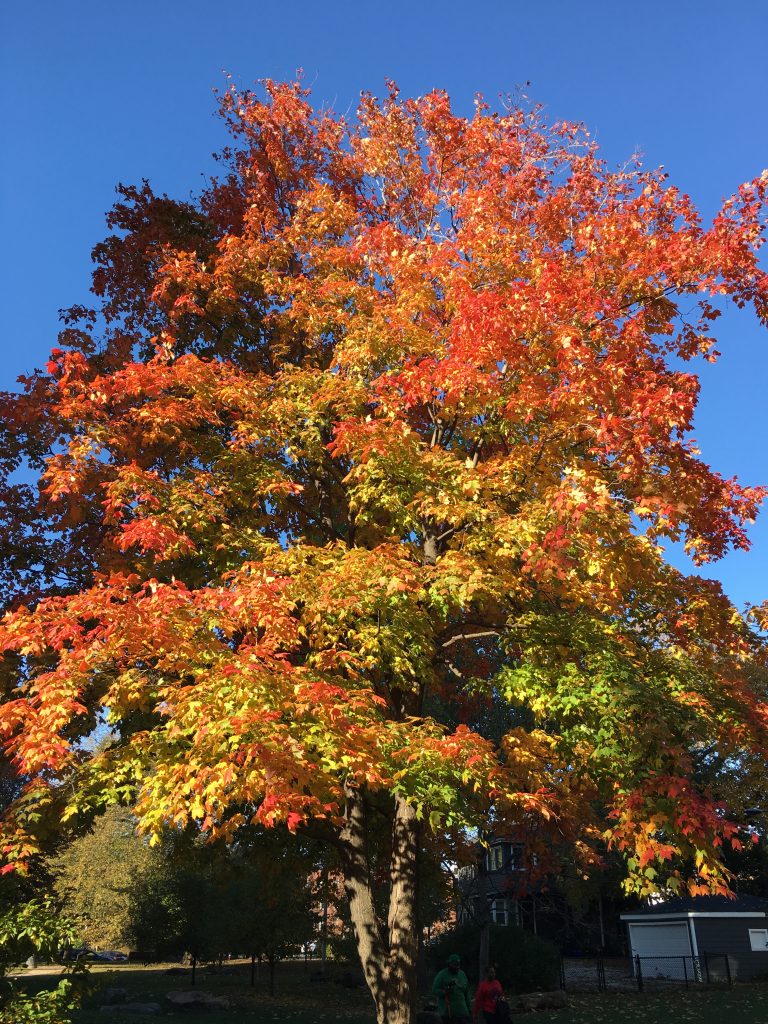 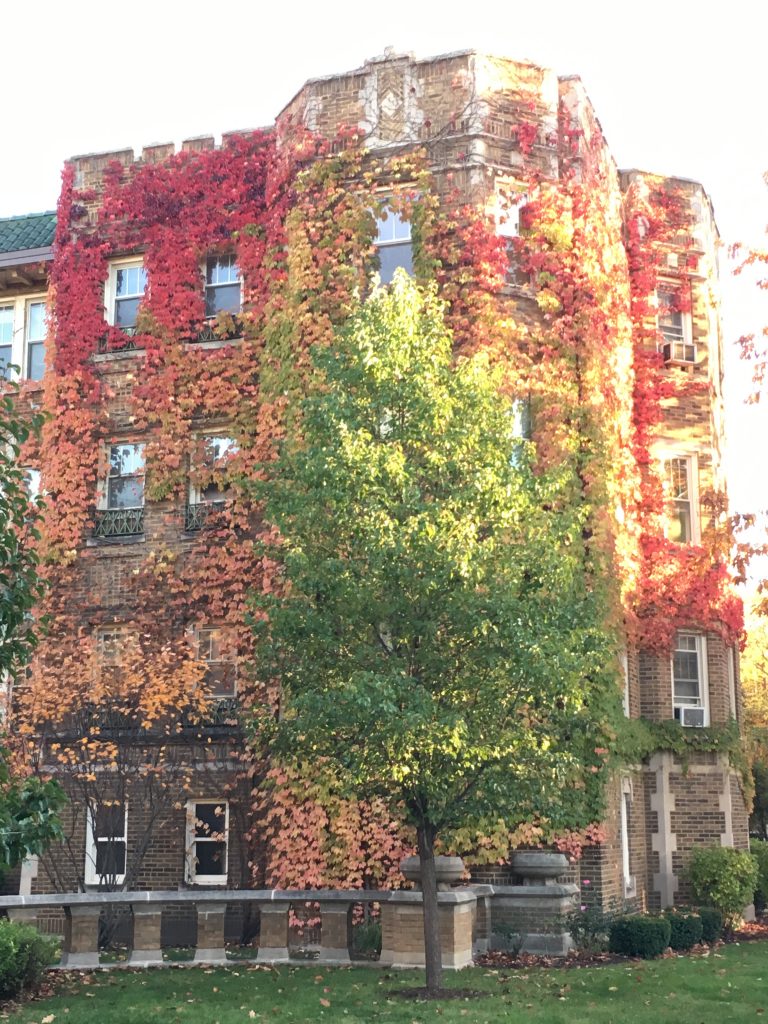 Chicago does a great job of making the city beautiful and fall was no exception with these mums.

My friend Lauren hosted dinner club in October and I made this Shredded Brussels Sprouts Salad which we devoured! 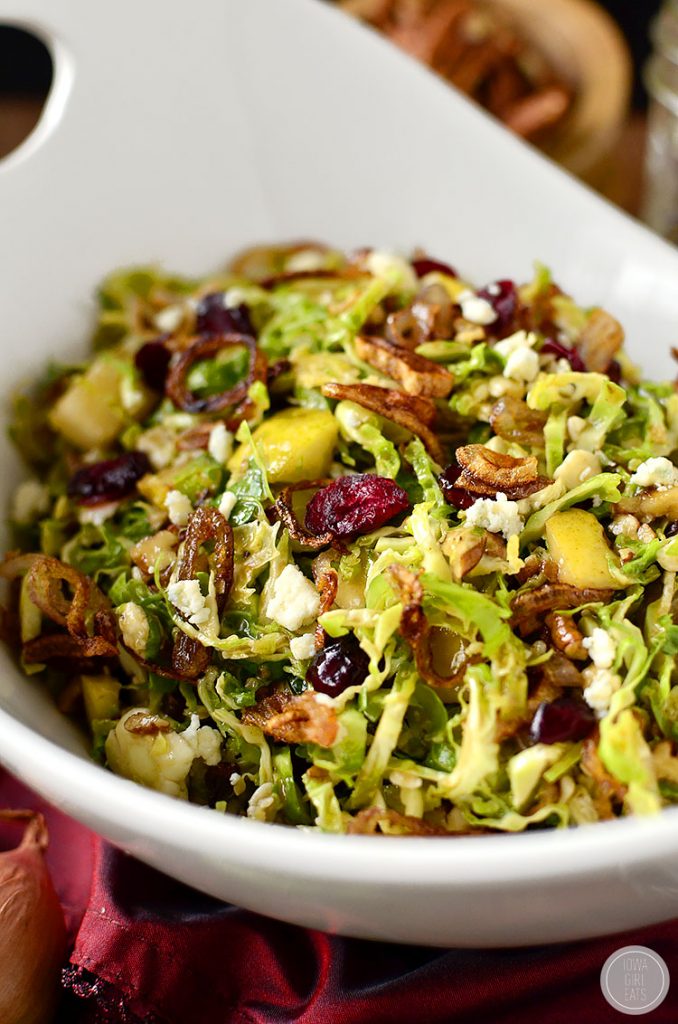 The Chicago Cubs won the World Series and part of the parade route/rally were right by my office.  It was quite the scene downtown that day! 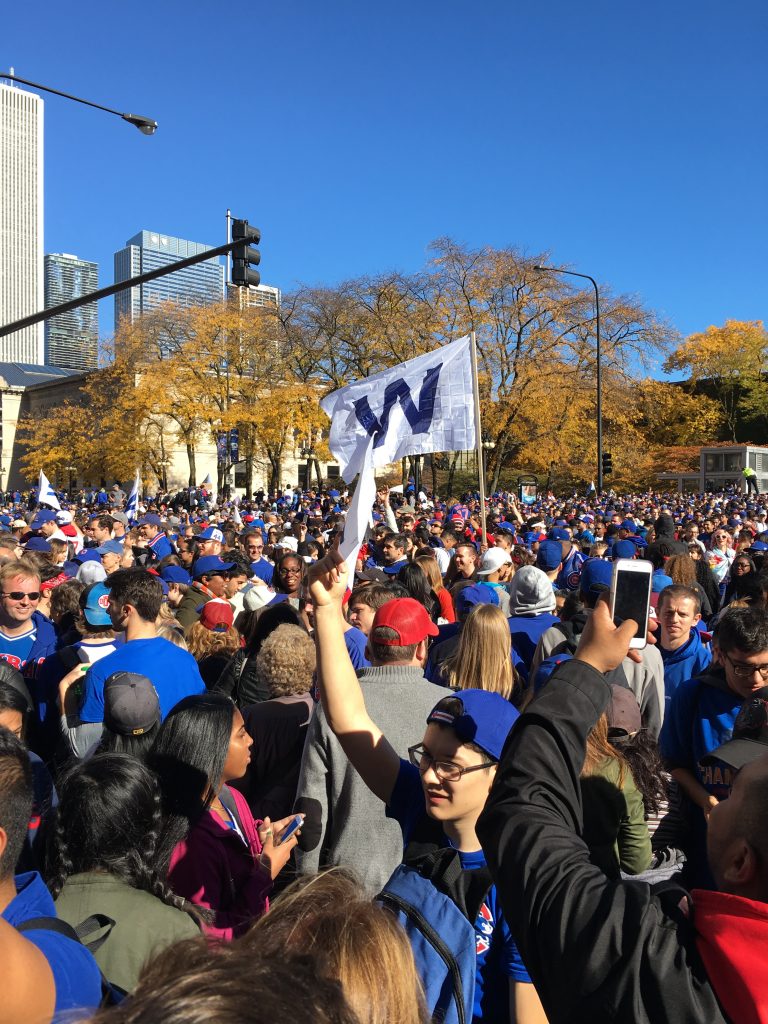 Everywhere in the city was “flying the W” during the playoffs.

Some of my coworkers and I went to Latinicity for lunch to celebrate a birthday and I had some awesome tacos. 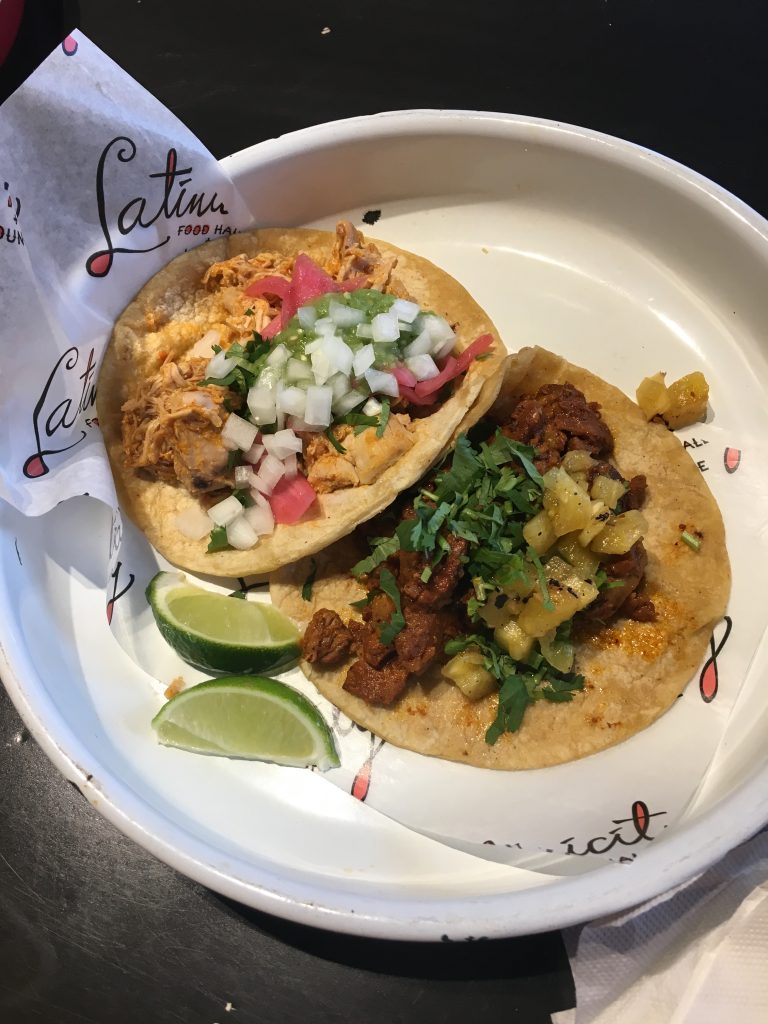 We did Friendsgiving for November’s dinner club and had such a great time around the table. 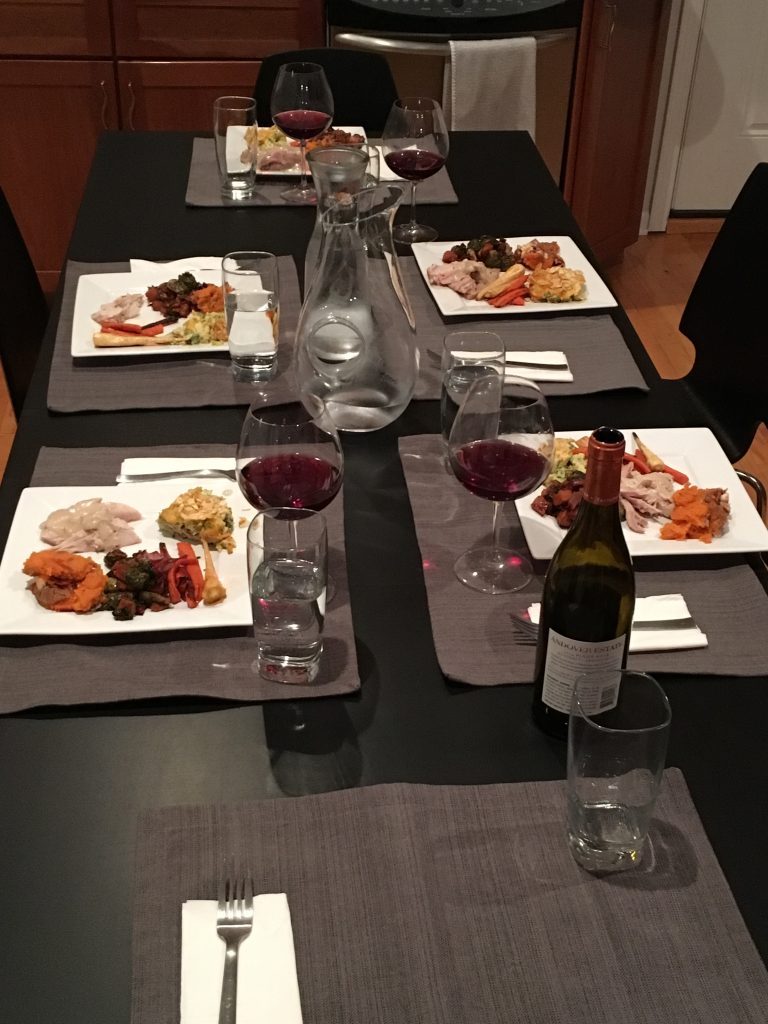 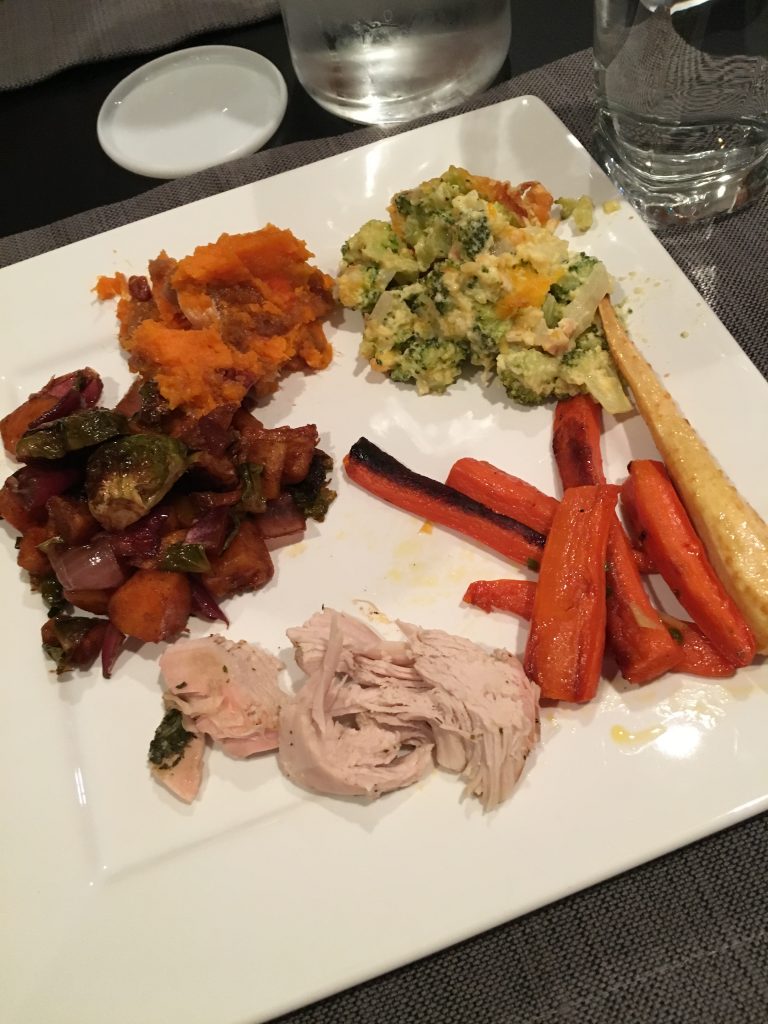 Macy’s put up their Christmas decorations which is my favorite part of Christmas in Chicago! 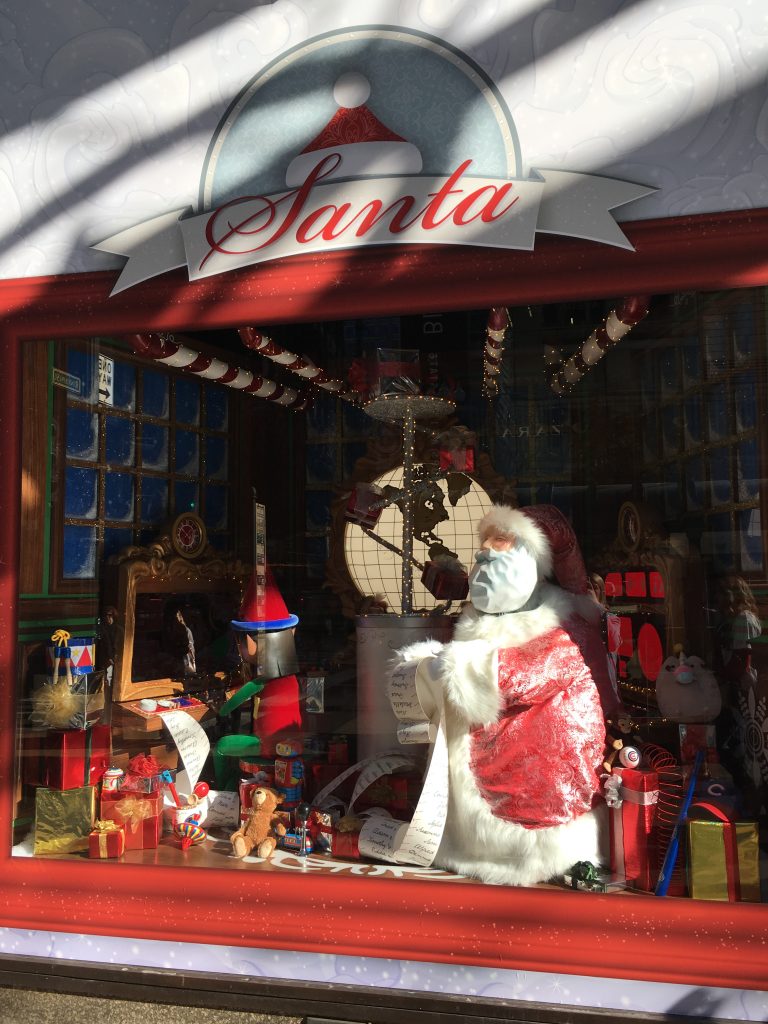 That’s a little look at life lately!  Have a great day!