Is there anything that screams fall more than a warm apple cider donut on a crisp autumn day?  Let’s be honest, isn’t that why we really visit the apple orchards and pumpkin farms?

Well today I have for you a super simple homemade apple cider donut recipe that tastes just as good as the ones from the farm!  And they’re healthier because they are baked not fried so you won’t feel as guilty eating more than one, which trust me you will want to do.  I made mine with a gluten free flour blend but you can certainly use regular flour as well. 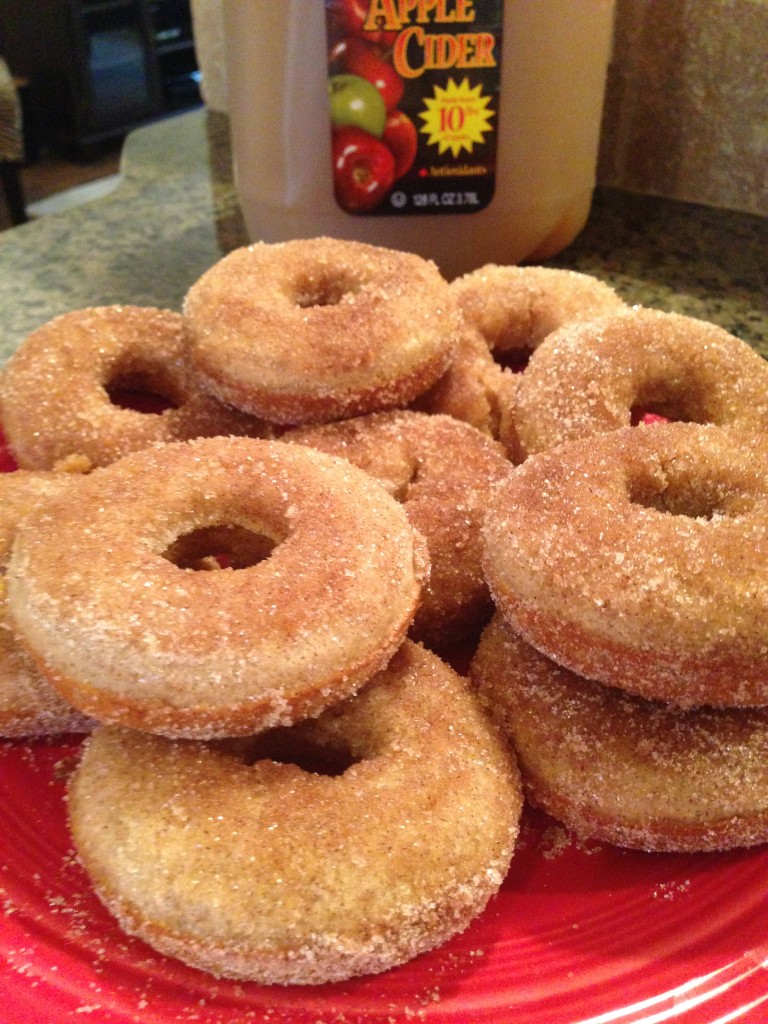 adapted from A Girl Defloured

Note: This recipe made about 16 donuts.