Hi friends!  I apologize for such a late post today.  Yesterday got away from me and I didn’t have a chance to recap our weekend until I got home from work tonight.  As I mentioned last week, we were in Key West for Kevin’s cousin’s wedding.  The wedding was beautiful and we had a great couple of days in Florida.  Here is a recap of our trip:

WEDNESDAY | We took an early afternoon flight to Fort Lauderdale (much cheaper than flying into Key West).  The two cities are about 190 miles apart, but most of the drive is on a two lane road with speed limits of 35-45 mph so it can take about five hours to drive.  We were lucky and avoided a lot of traffic since we were driving later in the evening.  We were kind of looking forward to the drive through the different Keys which ended up being disappointing.  Until you get to Key West, there really isn’t much to look at.  We did stop about half way for dinner at Islamorada Fish Company which was nice to sit outside on the water.  I ordered a Grouper Reuben which was a tasty fish sandwich, but I wouldn’t really call it a reuben.

We finally arrived at our hotel in Key West around midnight so we checked in and went straight to bed after a long day of travel.

THURSDAY | We woke up and headed straight to brunch at the Southernmost Beach Cafe which is the restaurant at the hotel we stayed at.  It was an open air restaurant right on the beach which I loved.  I ordered the Lobster Benedict with Key Lime Hollandaise which was fantastic! 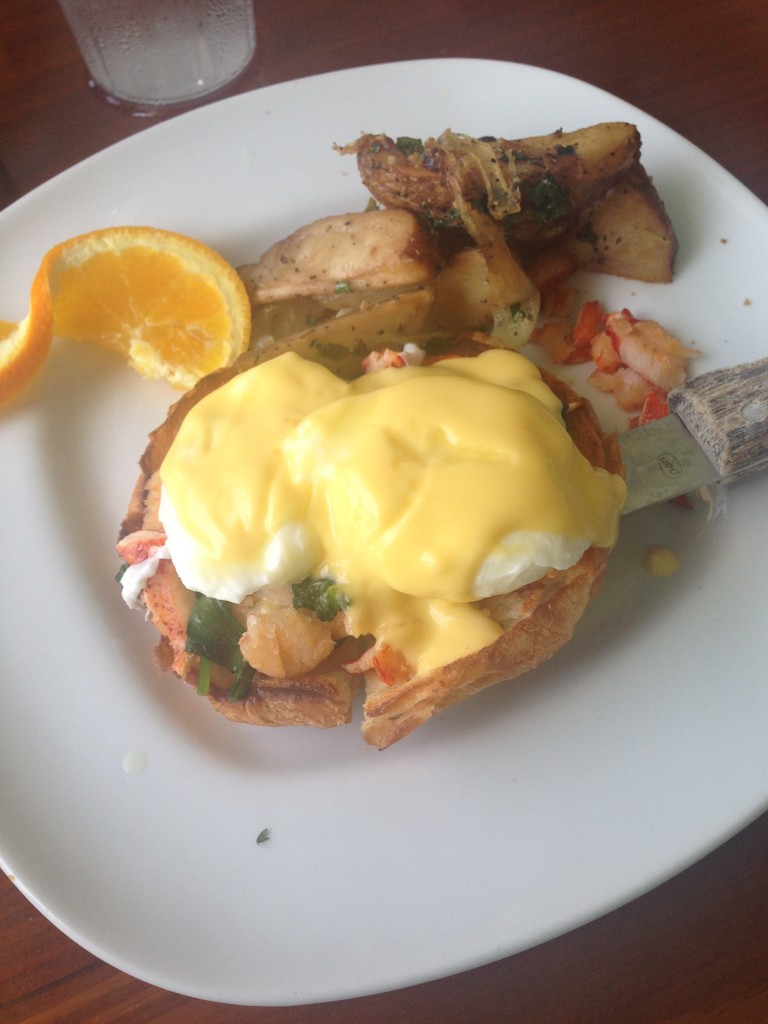 The beach at our hotel was small and already pretty crowded so we opted to spend the afternoon at the pool. 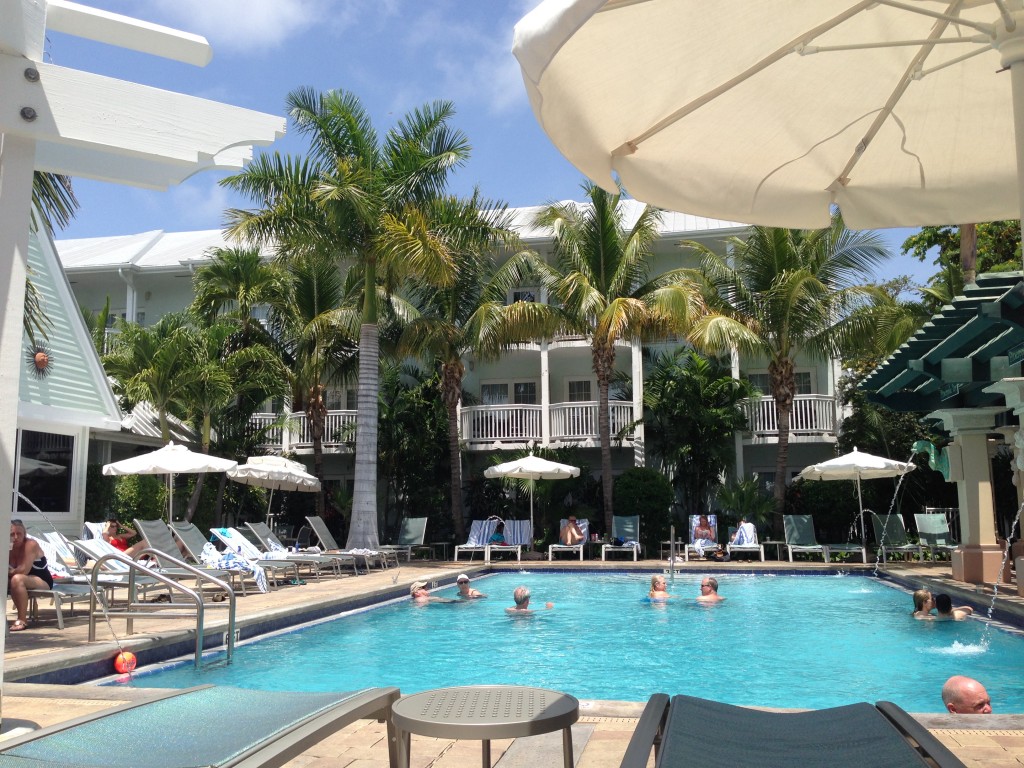 It was so nice to finally be in the sun, but it sure was hot!  Luckily there was a bar at the pool so Pina Coladas were a must to cool off with.

After several hours at the pool we headed back to our room to shower and get ready for Ryan and Danielle’s wedding that evening. 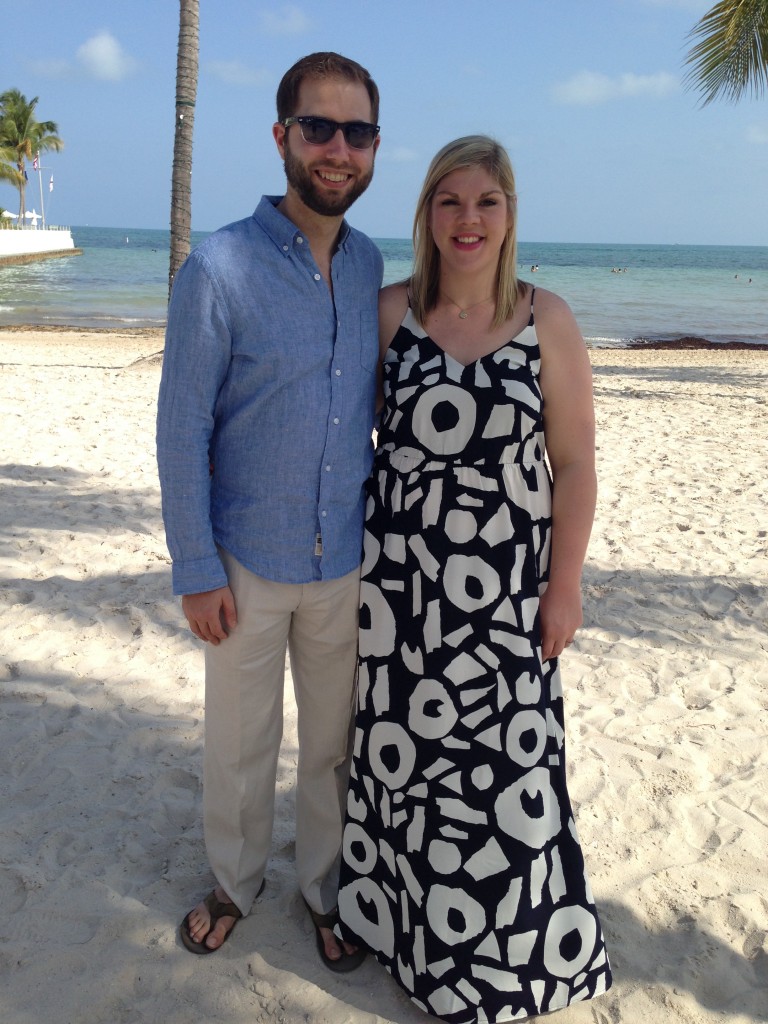 The wedding took place right on the beach and it was such a beautiful ceremony.  Danielle was a gorgeous bride!

The reception also took place on the beach and I loved being able to be outside for the entire event!  There were string lights hung between the palm trees which looked so pretty as the sun went down.  It was a such a fun and beautiful wedding!  Congrats to Ryan and Danielle! 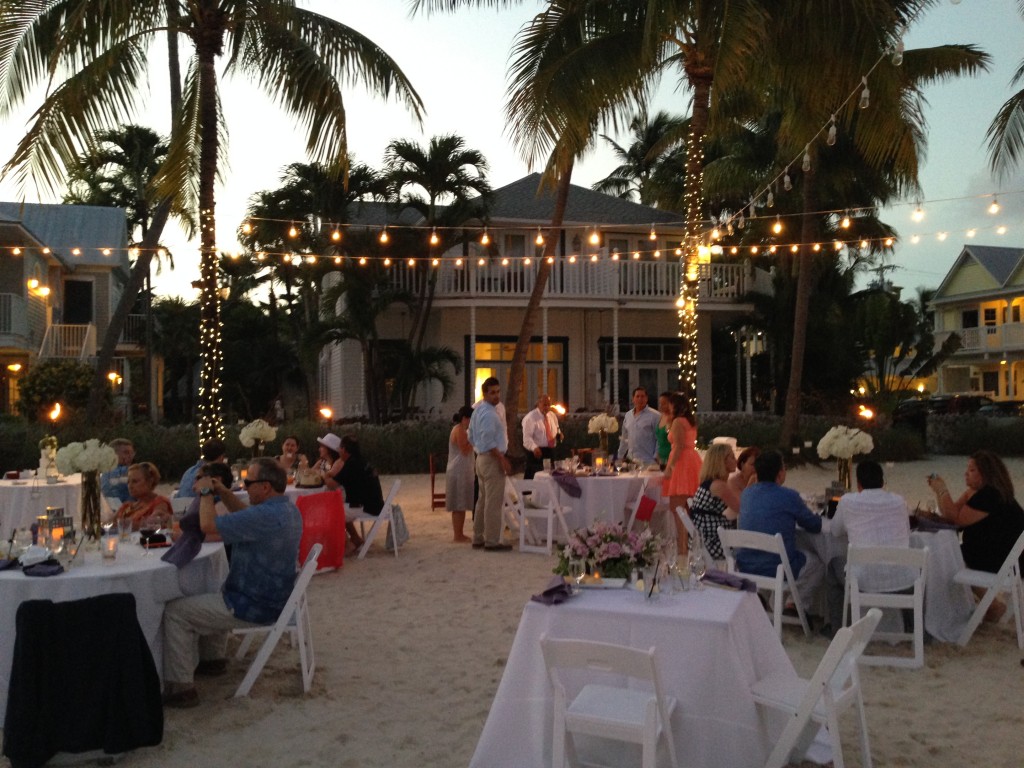 After the wedding festivities were over, Kevin and I made our way over to this hammock we spotted earlier in the day and just spent some time talking and looking at the stars. 🙂 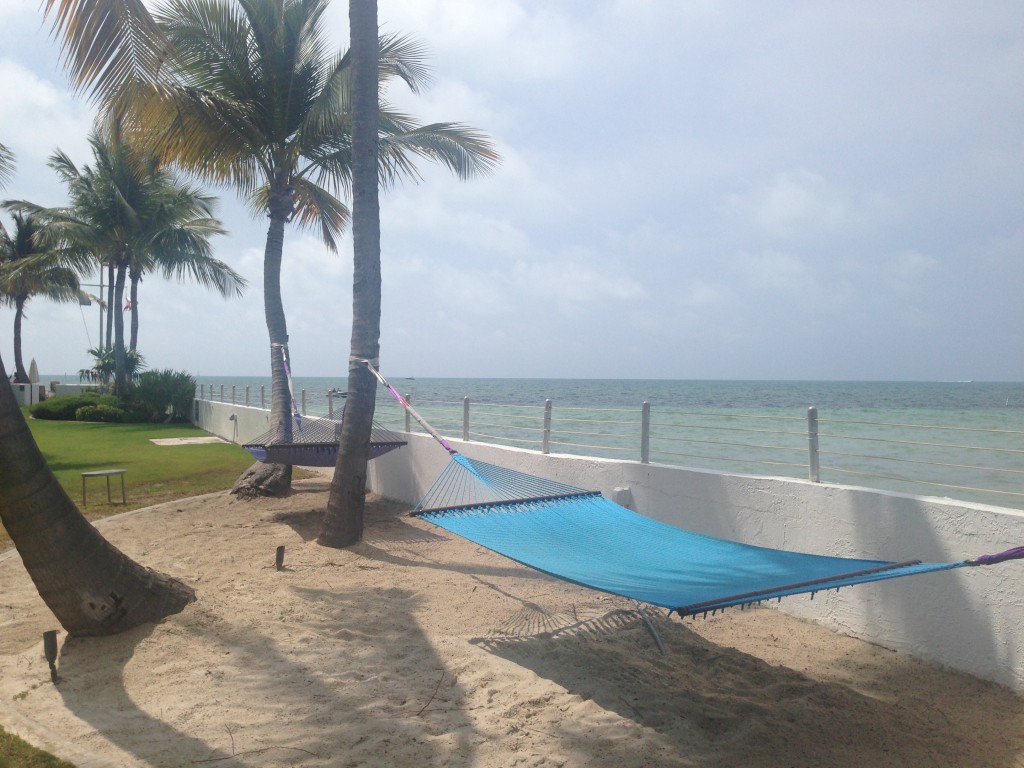 We then walked over to Flamingo Crossing for some ice cream before calling it a night.  I had Key Lime and Coconut and they were both so good! 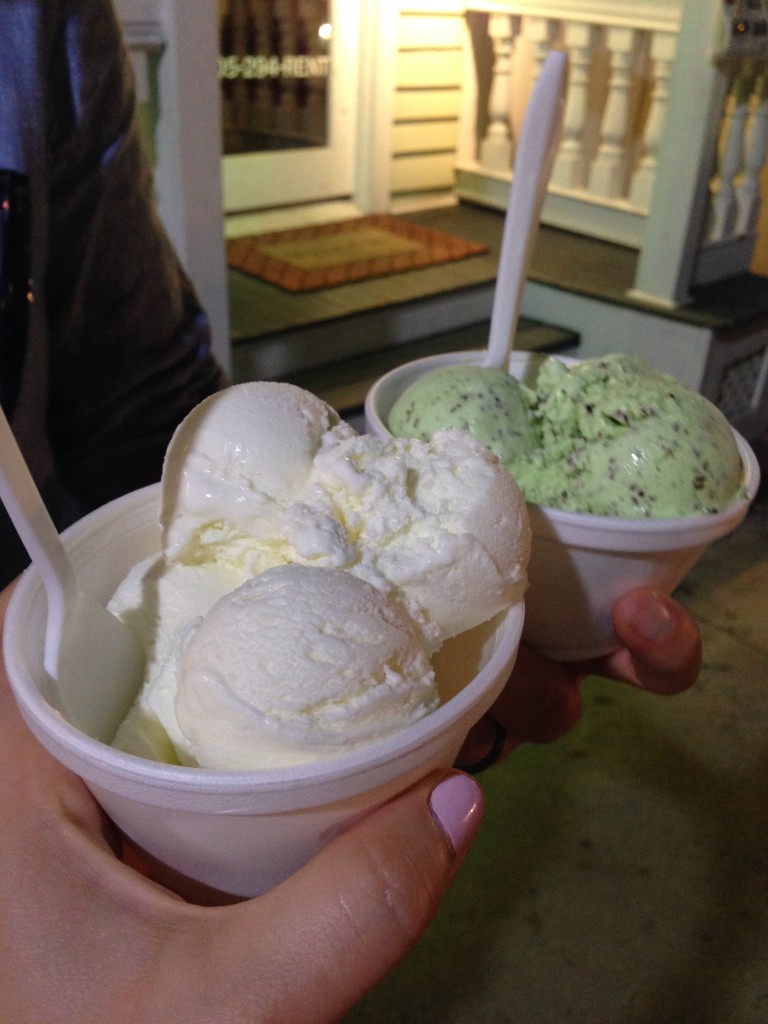 FRIDAY | We decided to designate Friday as our day to explore.  We started off by walking to Sarabeth’s for breakfast.  We got to sit out front on their cute patio which was nice. 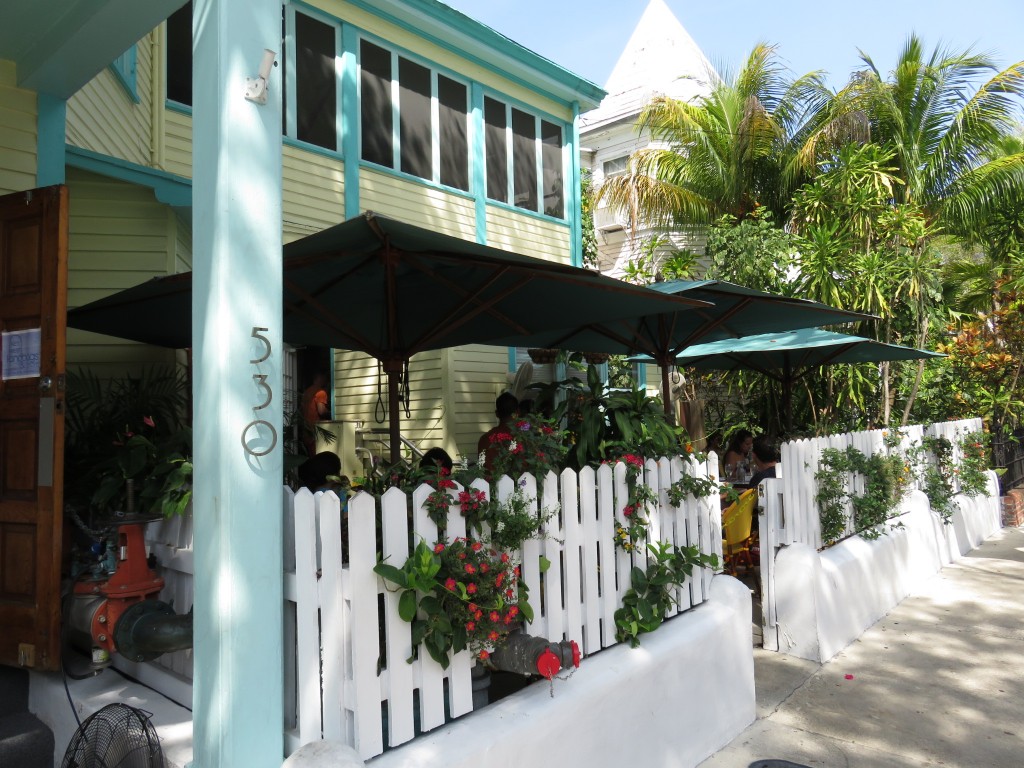 I ordered Scrambled Eggs with Scallions and Cream Cheese which I thought sounded interesting and was actually really good!  Cream cheese with eggs might be a new favorite combo of mine.  I also got a side of sourdough toast with their famous orange marmalade which was awesome! 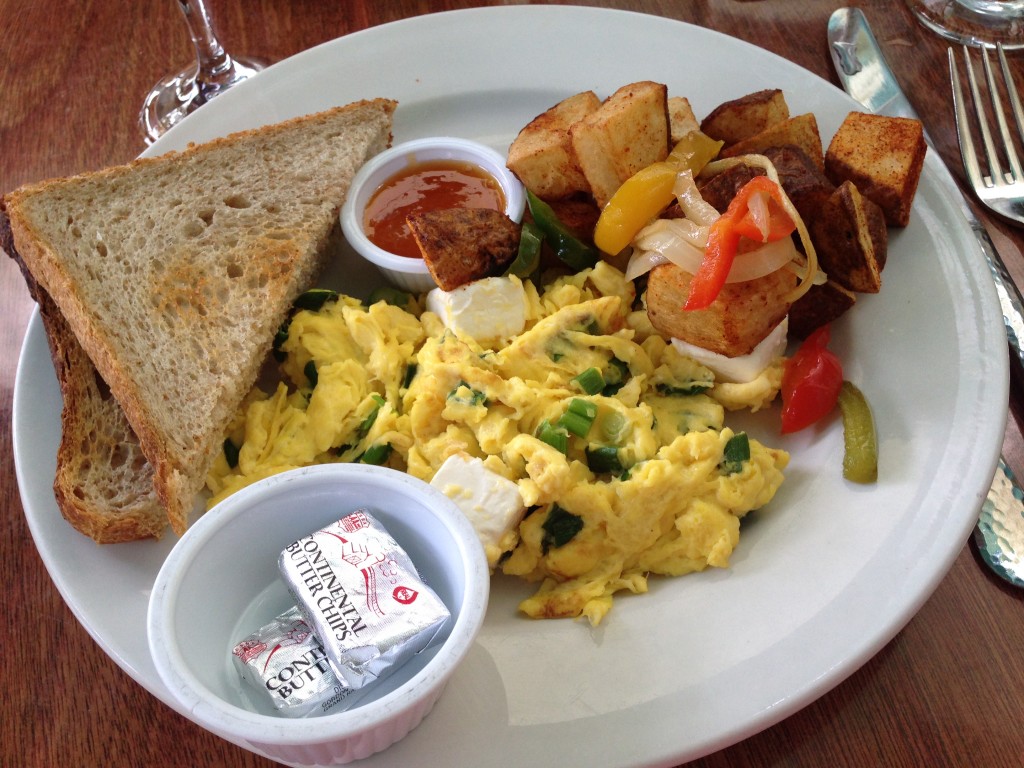 After breakfast we walked around and explored Duval Street which is full of shops, restaurants, and bars.  A lot of people compare it to Bourbon Street in New Orleans at night. 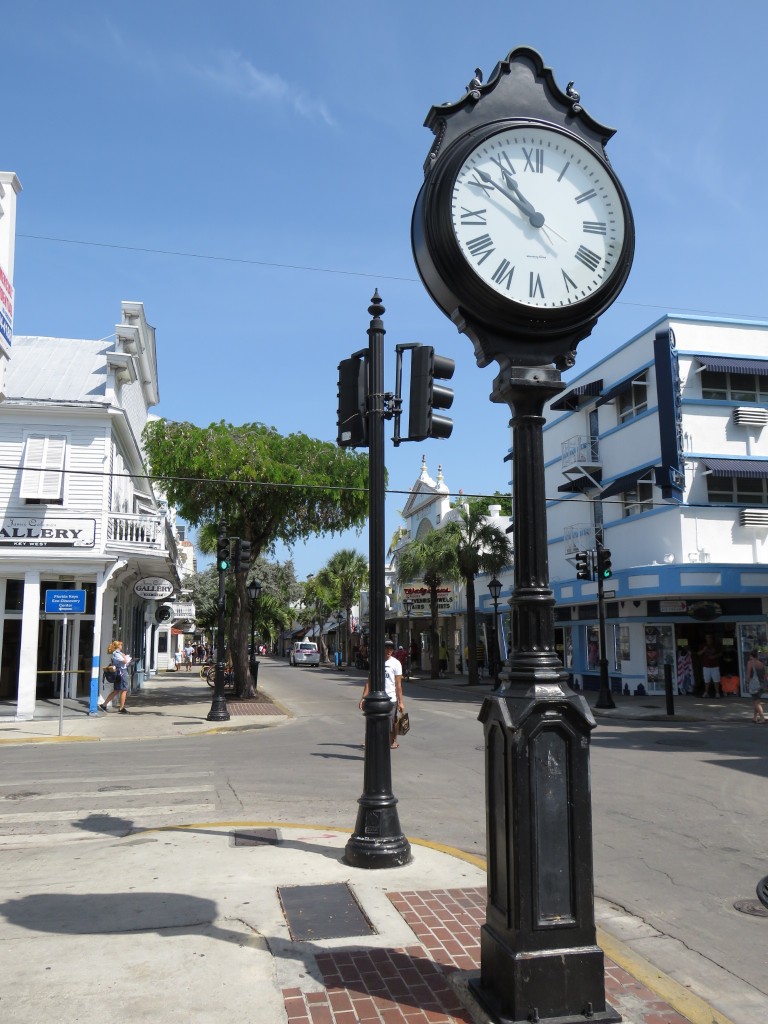 We stopped in the famous Sloppy Joe’s (Ernest Hemingway was a frequent patron here) for a drink and AC break while listening to some live music. 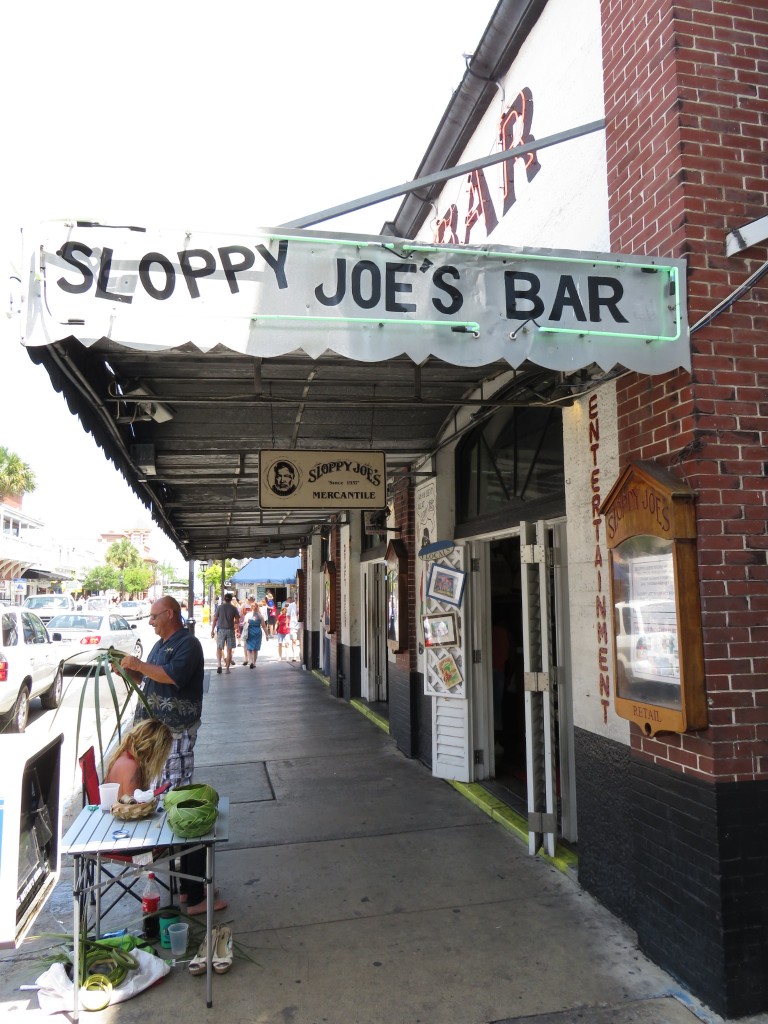 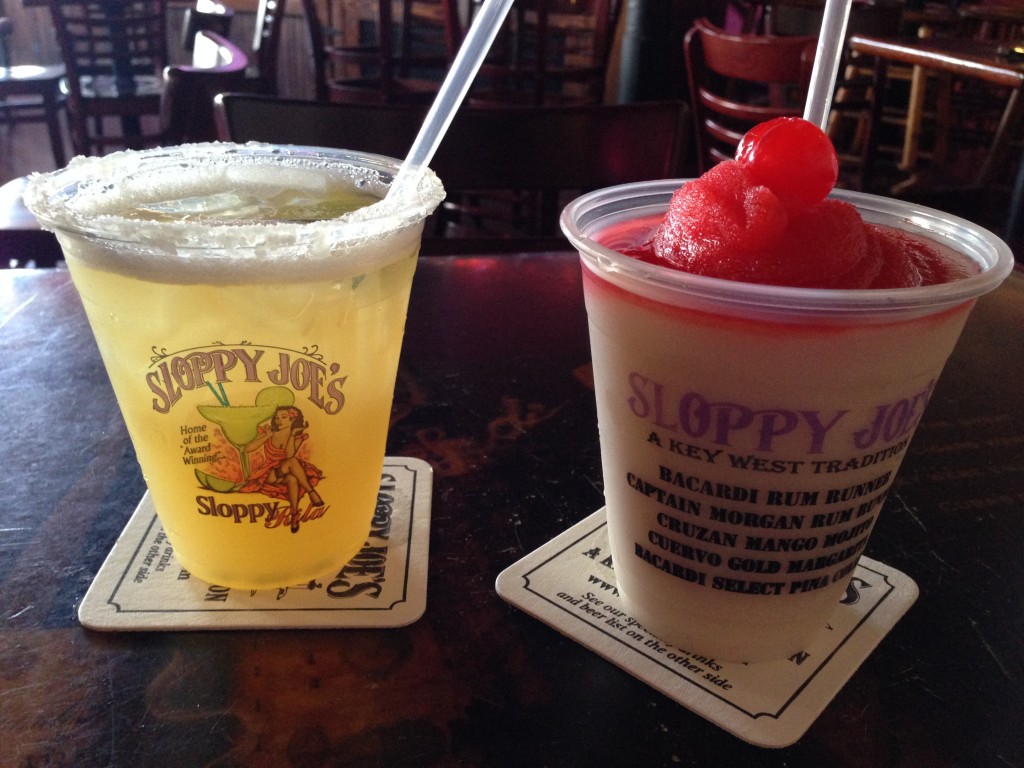 After we cooled off we headed over to Mallory Square to begin our trolley tour. 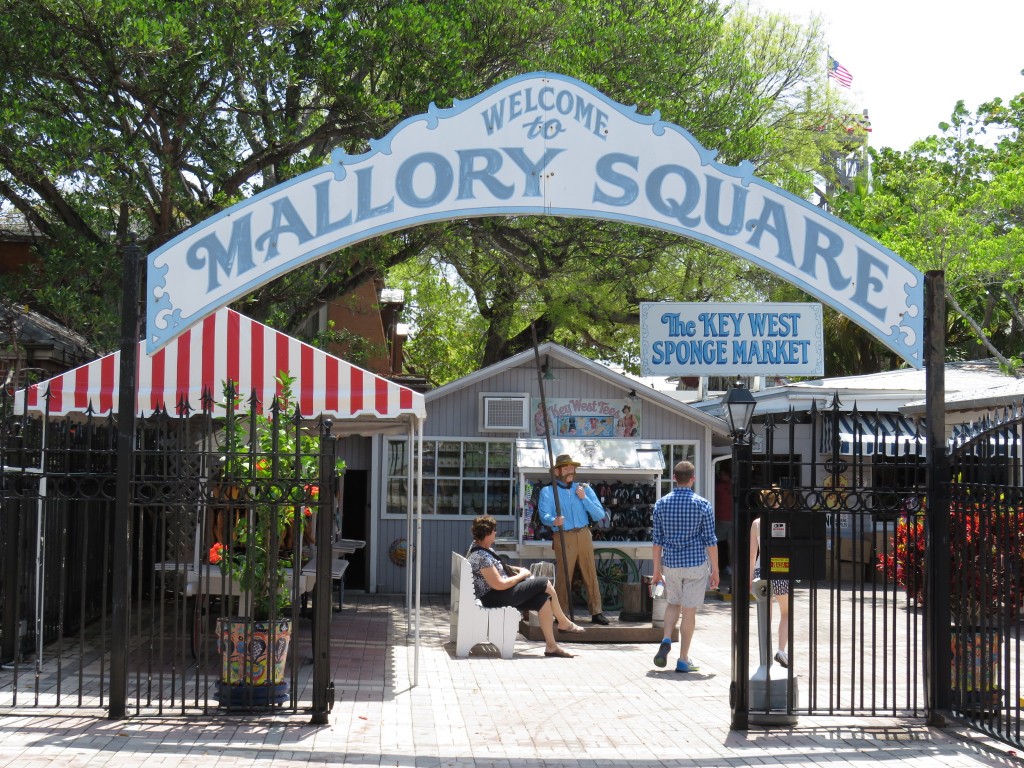 The tour lasted about an hour and a half and went all over Key West. 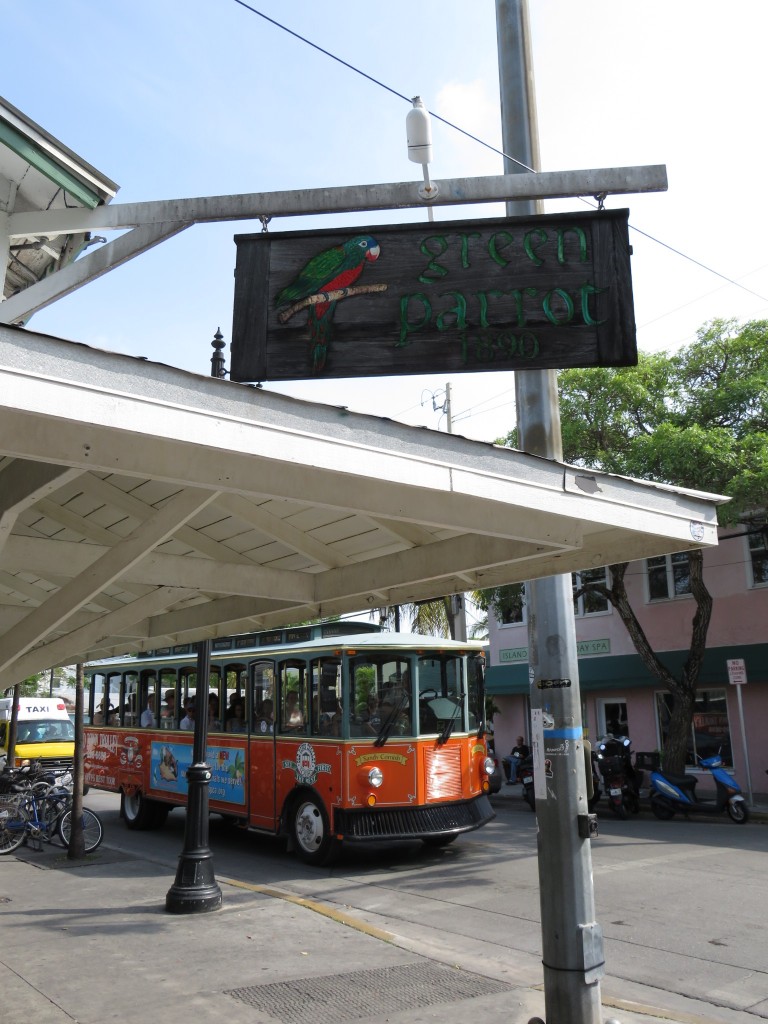 We saw Ernest Hemingway’s house which was really pretty!  Fun fact: The house Hemingway was born in and grew up in is right here in Oak Park! 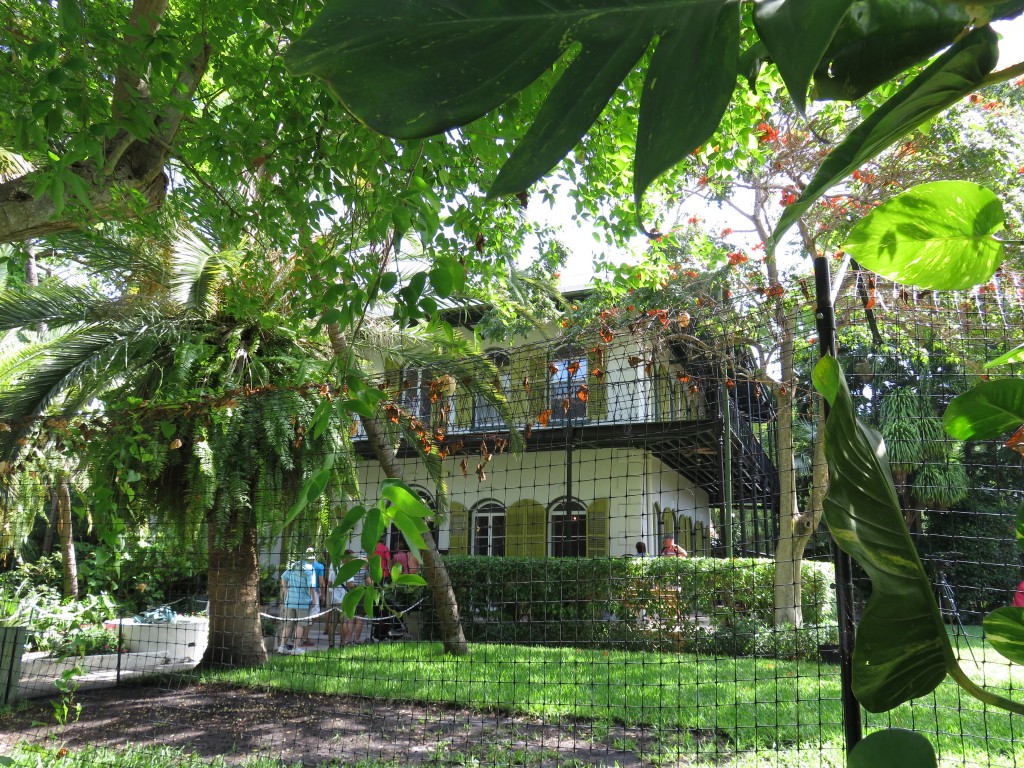 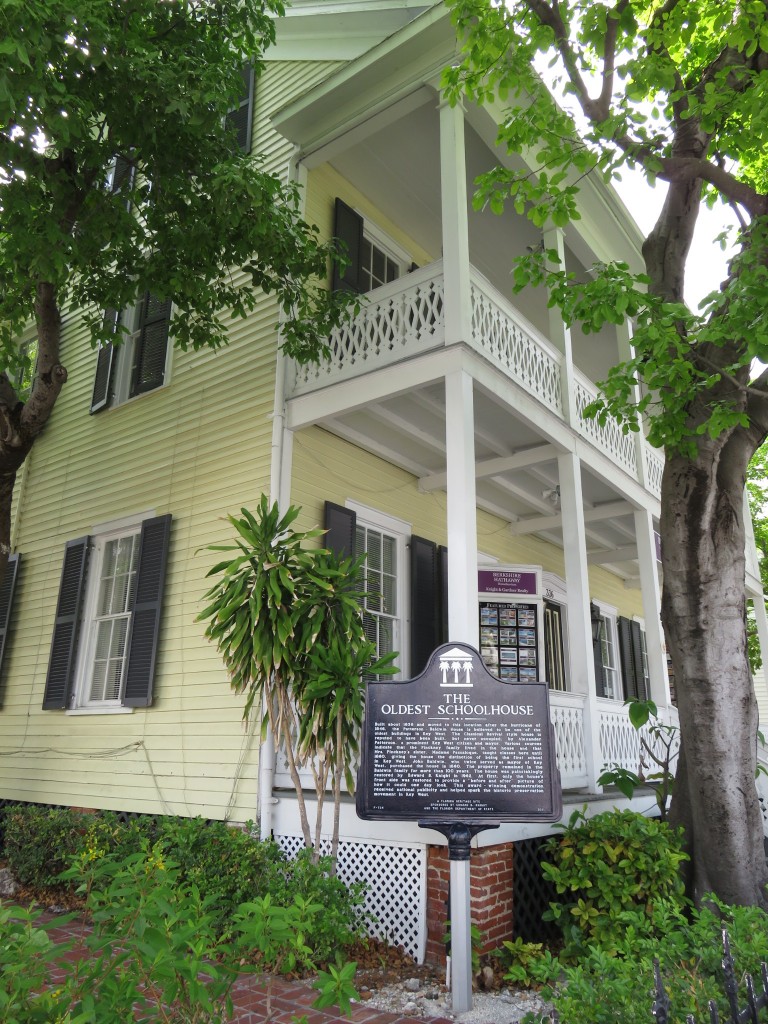 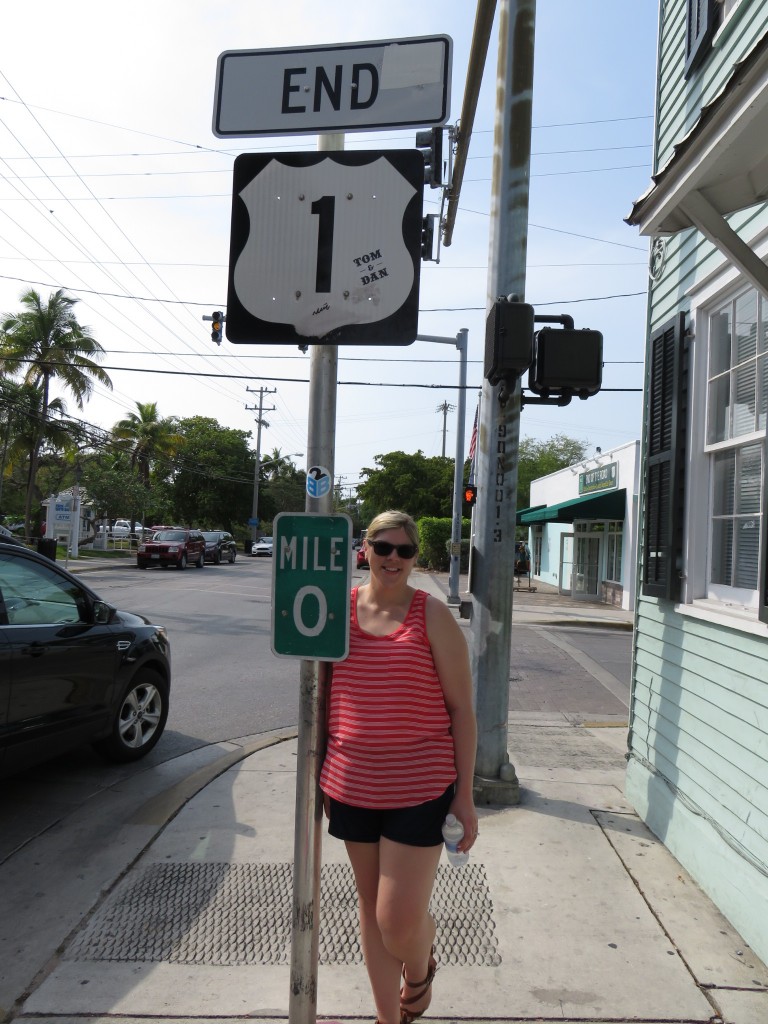 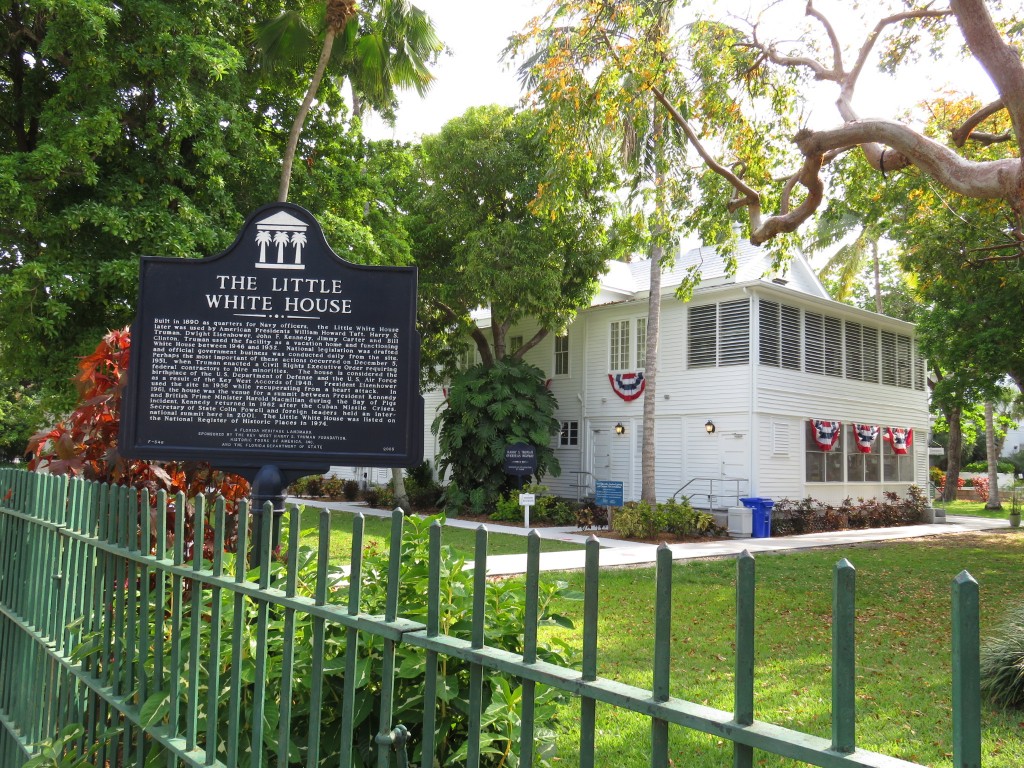 After the tour we spent some time walking around the Truman Annex which had tons of beautiful homes!  I was in love with all of them! 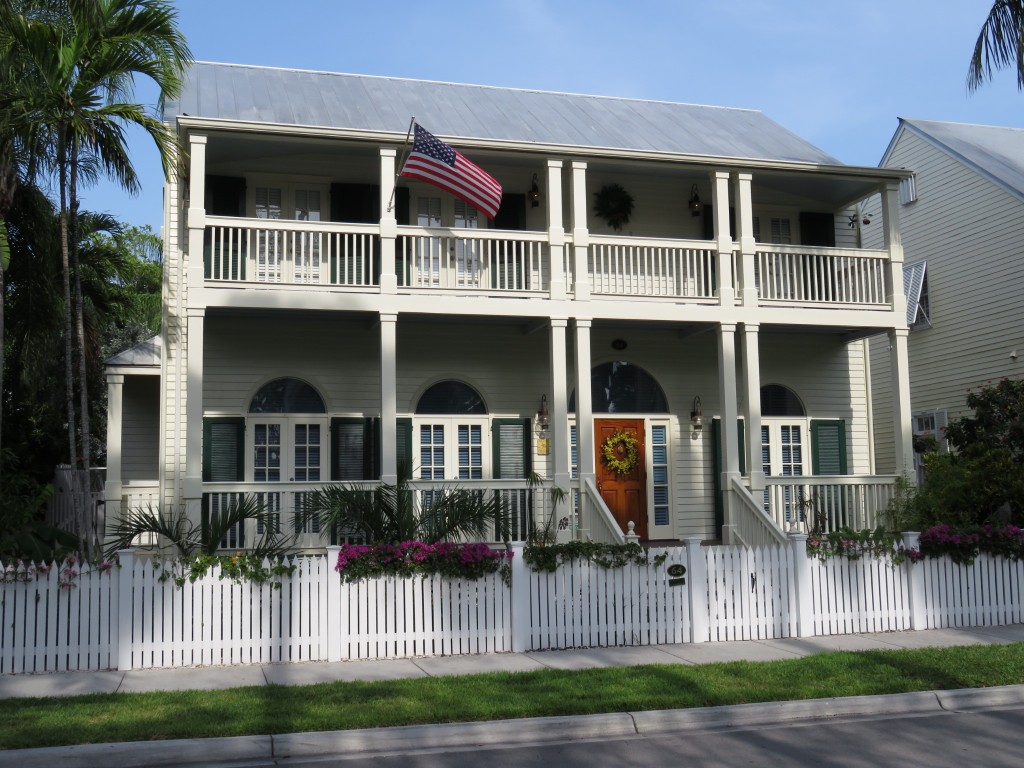 After walking around in the heat and humidity all day we were pretty gross so we walked back to our hotel to freshen up before dinner.  On our way back out, we stopped at The Rum Bar for a quick drink and again got to sit outside on their front porch. 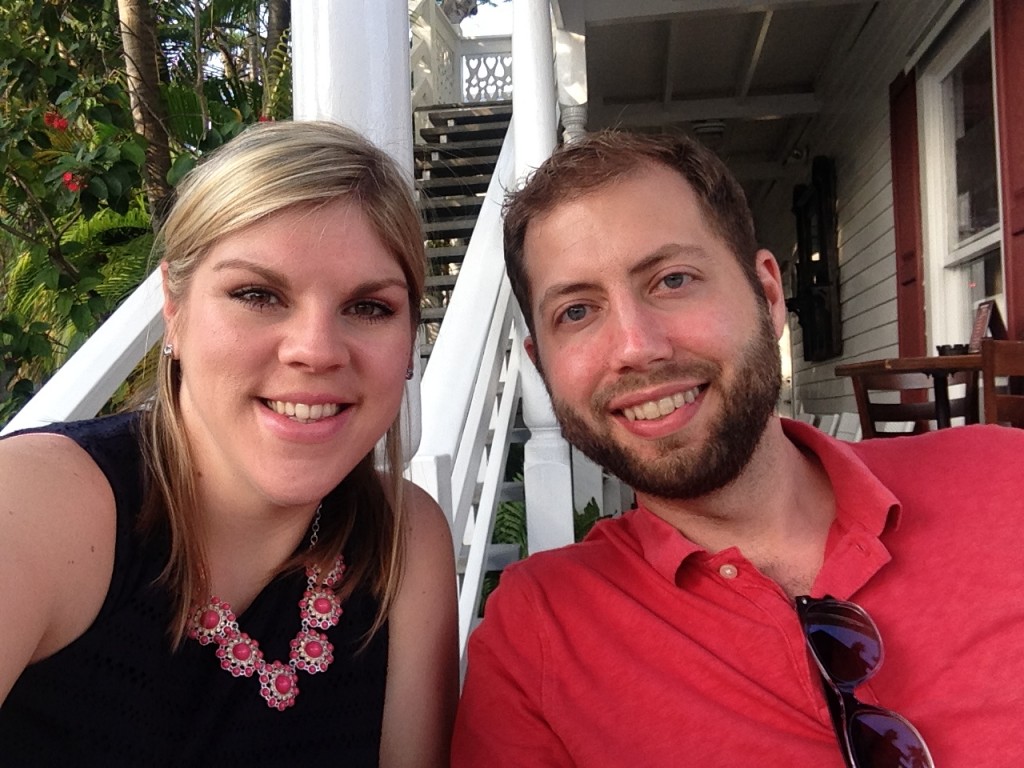 Kevin tried his drink with a local rum made in a Key West distillery. 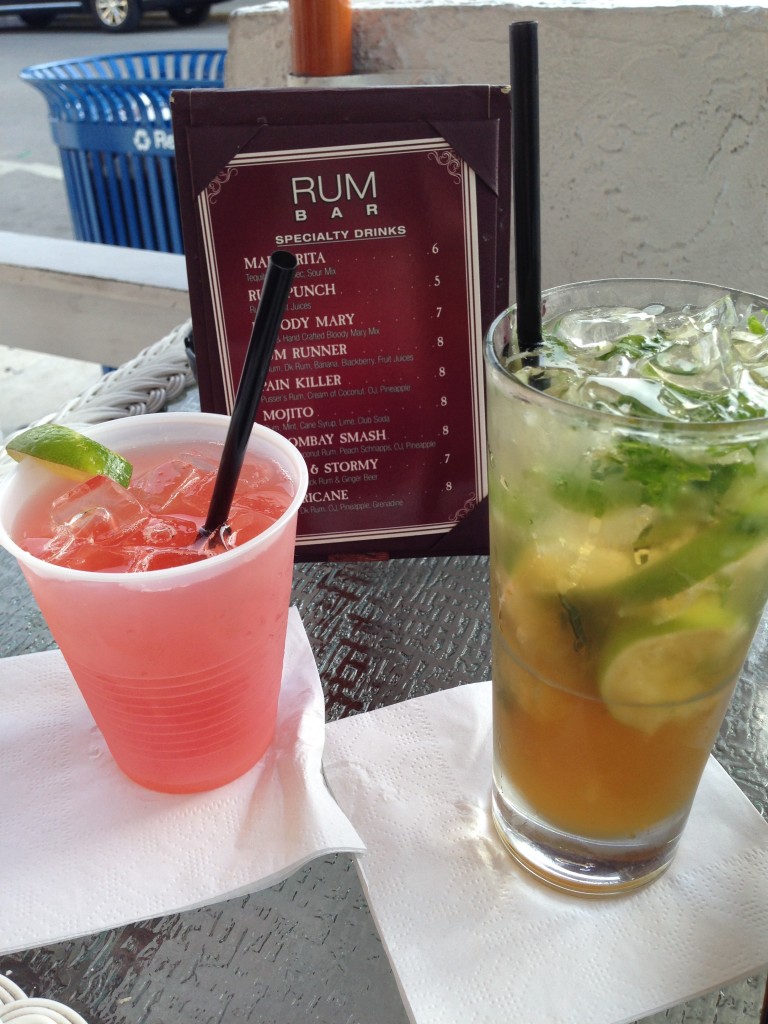 Afterwards we walked back down to Mallory Square to watch the sunset.  Mallory Square is the spot to see the sunsets in Key West and it was packed full of people.  My camera died earlier in the day so I had to use my phone for this picture. 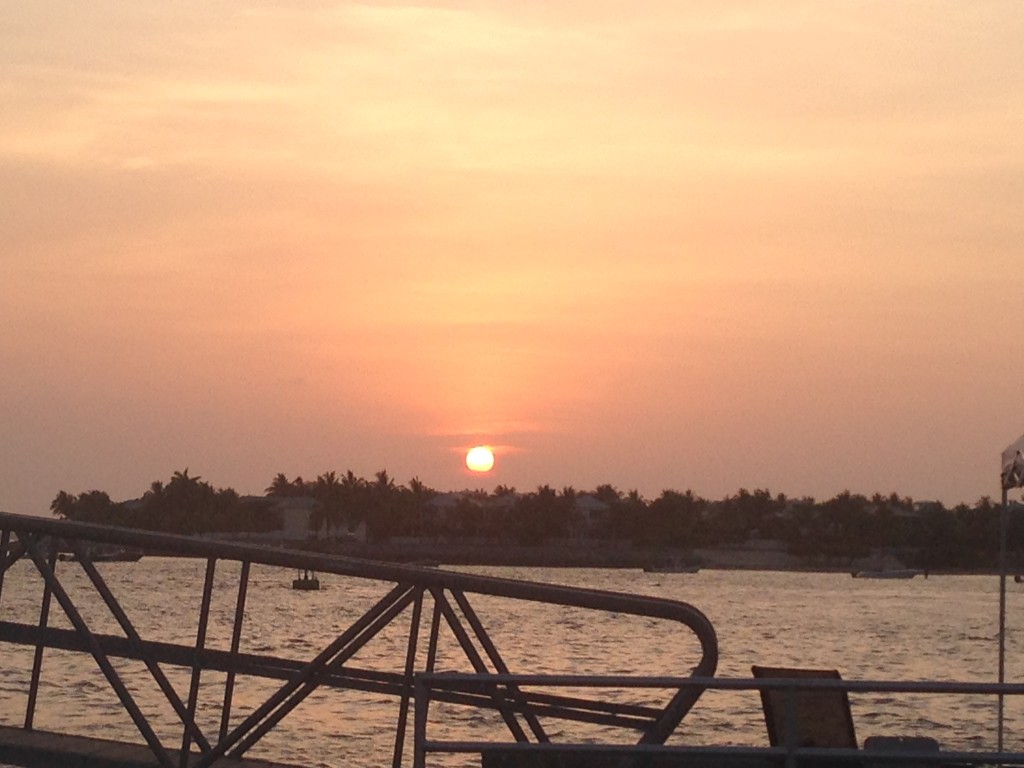 We made a dinner reservation at Bagatelle which is right on Duval Street.  The restaurant is located in an old house and we were lucky to get a table outside on the second floor balcony which was wonderful and made for some great people watching. 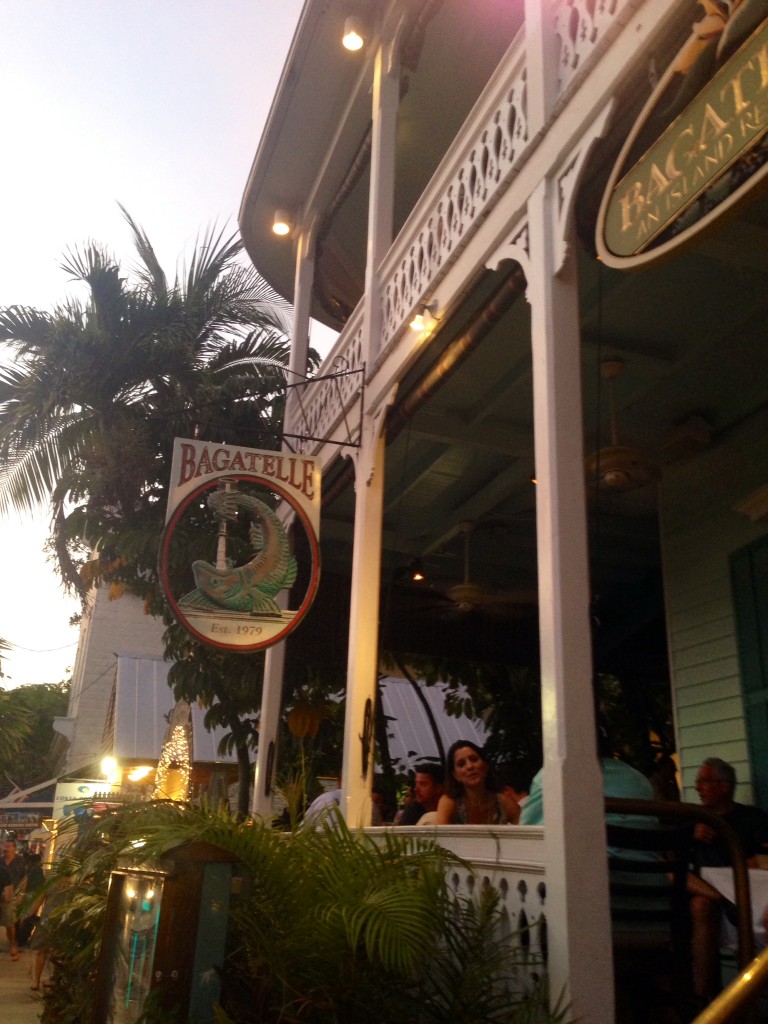 I ordered the Grilled Lobster with Risotto which was so delicious! 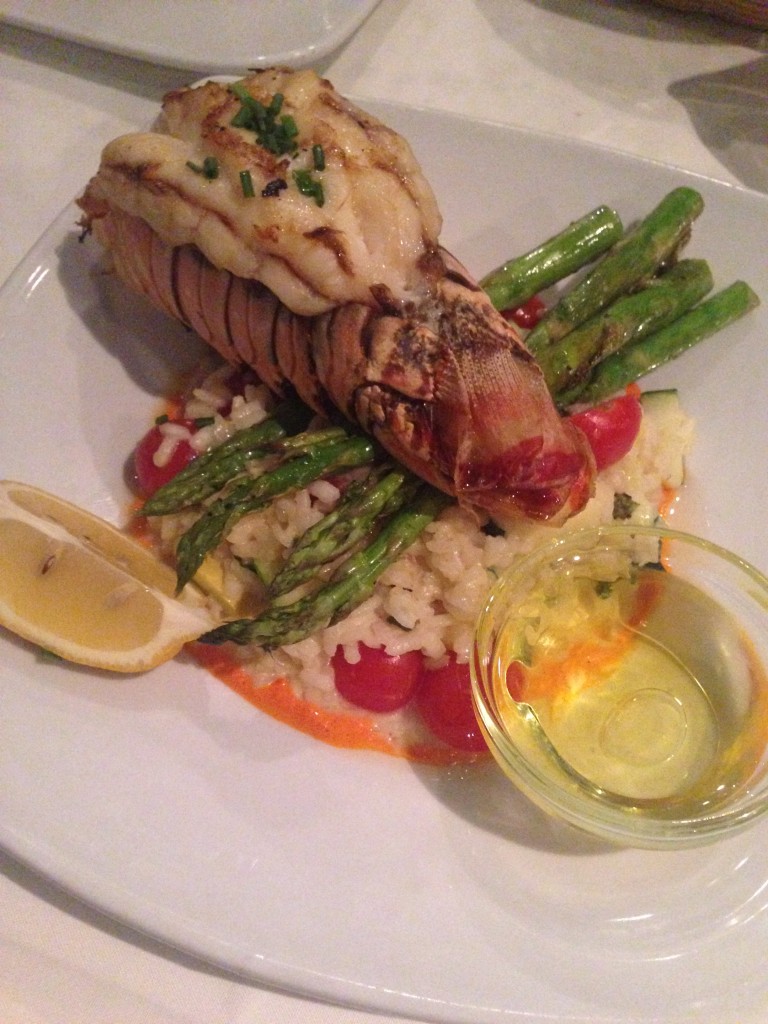 And of course we had to try the Key Lime Pie! 🙂

We were pretty much exhausted by the time we were done eating so we walked back to our hotel room and called it a night.

SATURDAY | This was our last day in Key West so Kevin and I decided to wake up early to watch the sunrise.  We walked out to the pier at our hotel and and watched the beautiful morning sky. 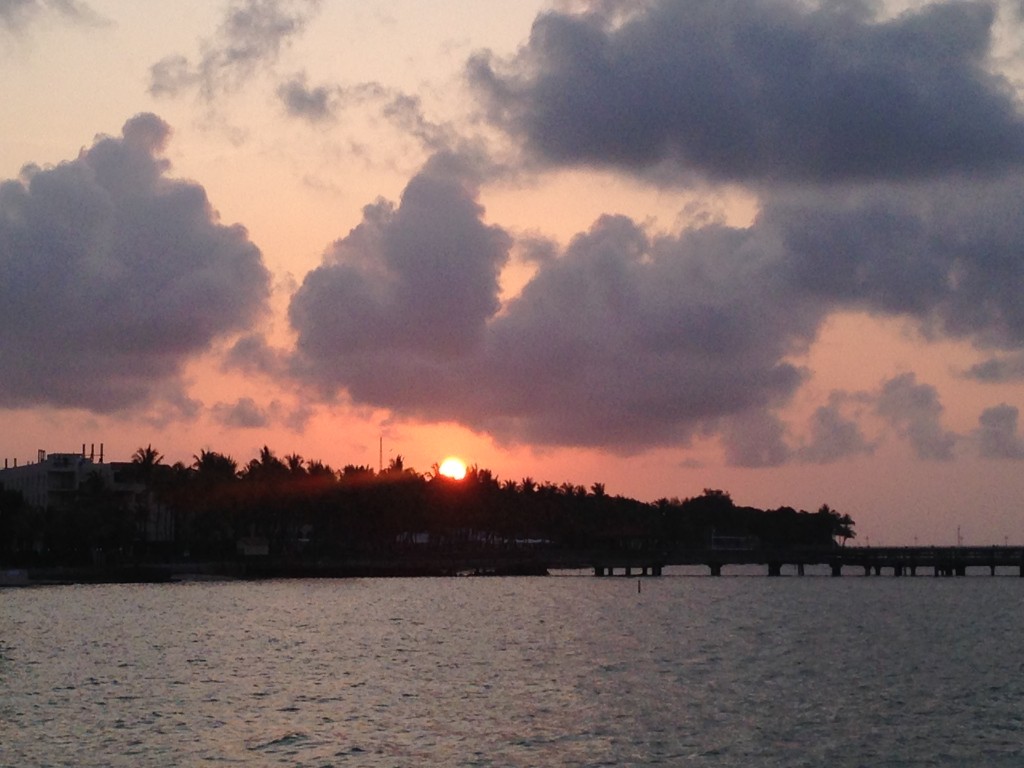 Lucky for us, the Southernmost Beach Cafe opened at 7 AM so we went straight to breakfast.  I had blueberry pancakes this time – yum! 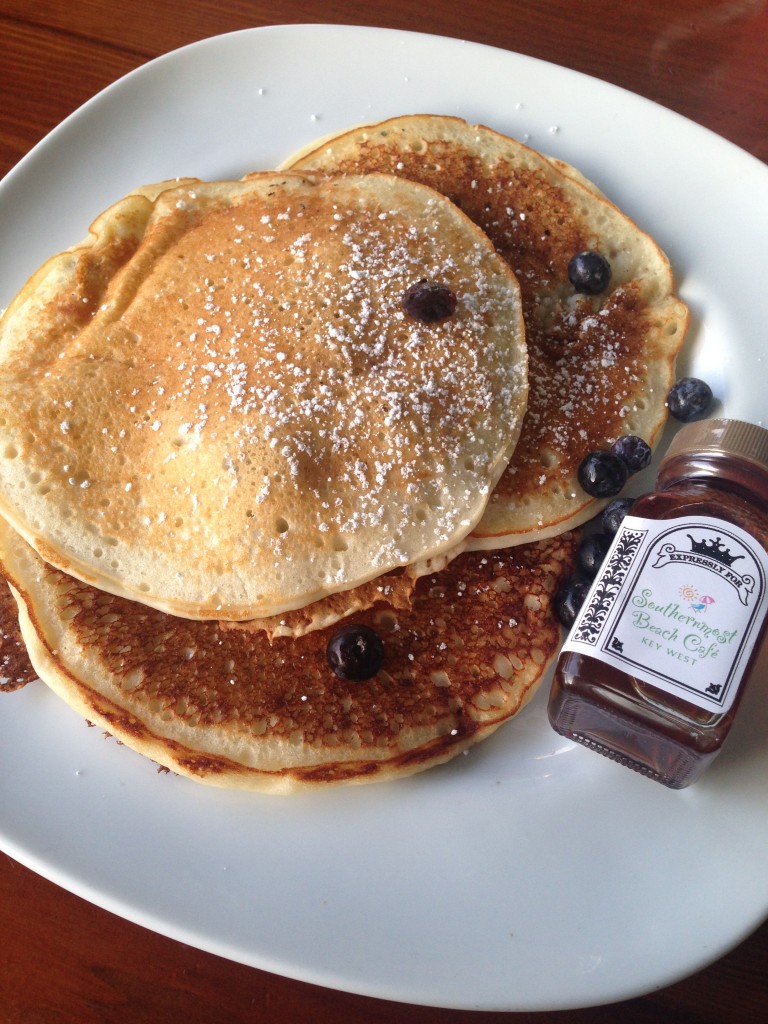 We had to leave later that morning to drive back to Fort Lauderdale for our late afternoon flight so we packed up, said goodbye to family, and quickly took the obligatory picture with the Southernmost Point.  Only 90 miles to Cuba! 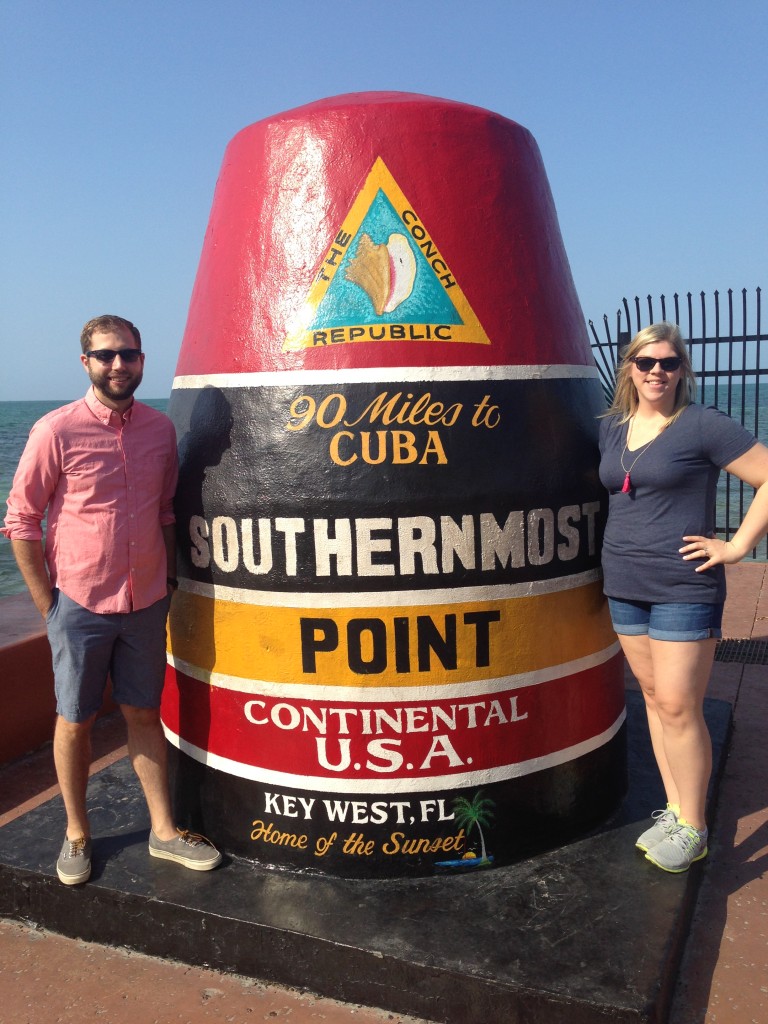 The rest of the day was spent in the car/on a plane.  We eventually got home around 9:00 that night.

SUNDAY | We went to the 9 AM service at church and then had breakfast at my favorite spot – Buzz Cafe.  I had a Southwestern Breakfast Wrap on a gluten free tortilla. 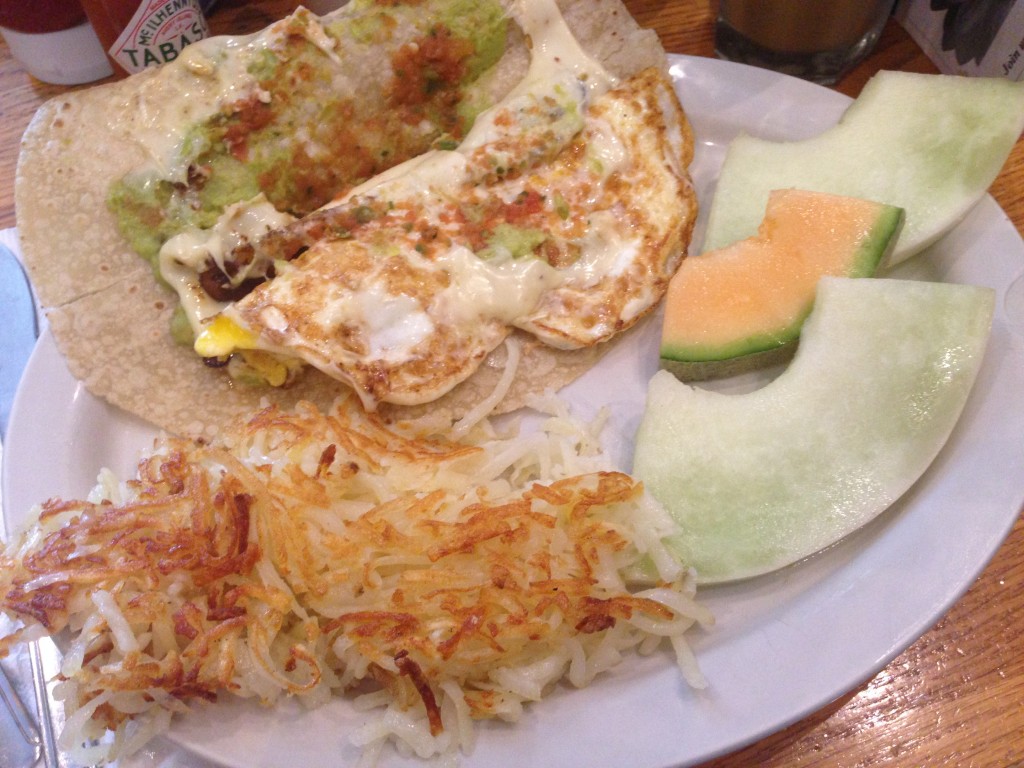 I spent the rest of the day grocery shopping and meal prepping for the week while Kevin studied and met with some of his classmates to work on a group project for school.

We had a great trip to Key West and enjoyed our time away together.  Thanks to Ryan and Danielle for planning a destination wedding! 🙂

« Happy Friday!
Butcher and the Burger »