One of my favorite restaurants in Chicago is RPM Italian so when the team behind RPM opened their second venture, RPM Steak, I knew it was a place I wanted to try.

This past weekend Kevin and I dined at RPM Steak to celebrate our five year wedding anniversary.  We had an early reservation on Friday night and were seated right away at a table with a great view of the entire restaurant.  Our waiter walked us through the menu by giving us his recommendations.  Kevin ordered the PampleMule cocktail which is RPM’s twist on a Moscow Mule making it with grapefruit instead of the traditional lime.  He enjoyed his drink very much and thought it was very refreshing. 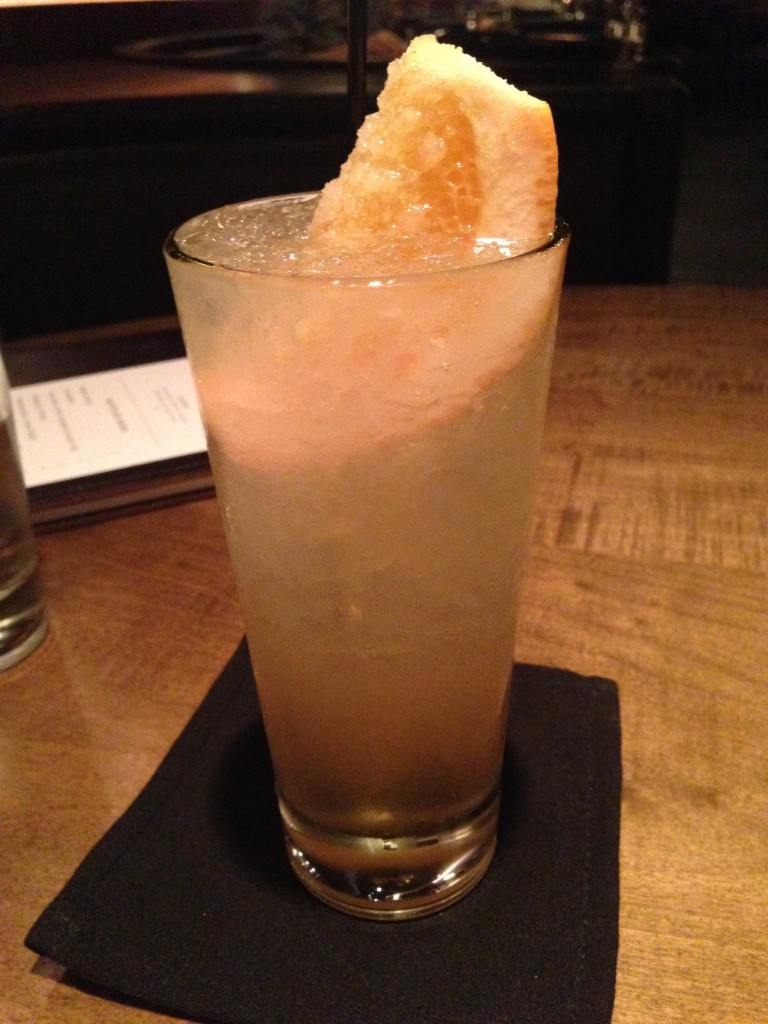 For an appetizer we ordered the Mediterranean Octopus with Potatoes and Jalapeno Crema.  We both really enjoyed this as a first course.  The octopus was roasted and had great flavor from the warm potato salad with celery and slight heat from the jalapeno. 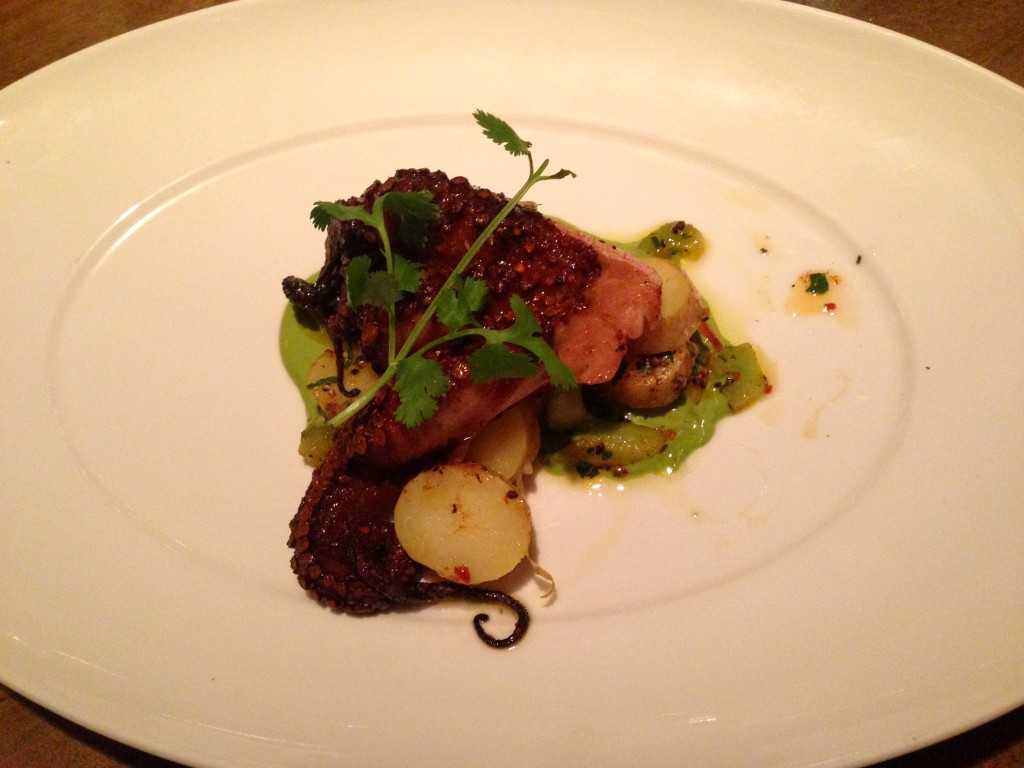 For our main course we obviously each ordered steaks.  Our waiter was very knowledgable of the different steaks on the menu and gave great explanations of each cut of meat.  Kevin ended up selecting “The Duke” (named after Bill and Giuliana Rancic’s son) which is a 10 oz Ribeye Filet.  He really enjoyed his steak and thought it had a great flavor.  It was cooked perfectly medium rare with a warm pink center.

I’m a filet girl so despite all of the different steak options I stuck with a tried and true favorite, the 8 oz Filet Mignon.  My steak was also cooked perfectly medium rare and had great flavor with a nice crust on the outside. 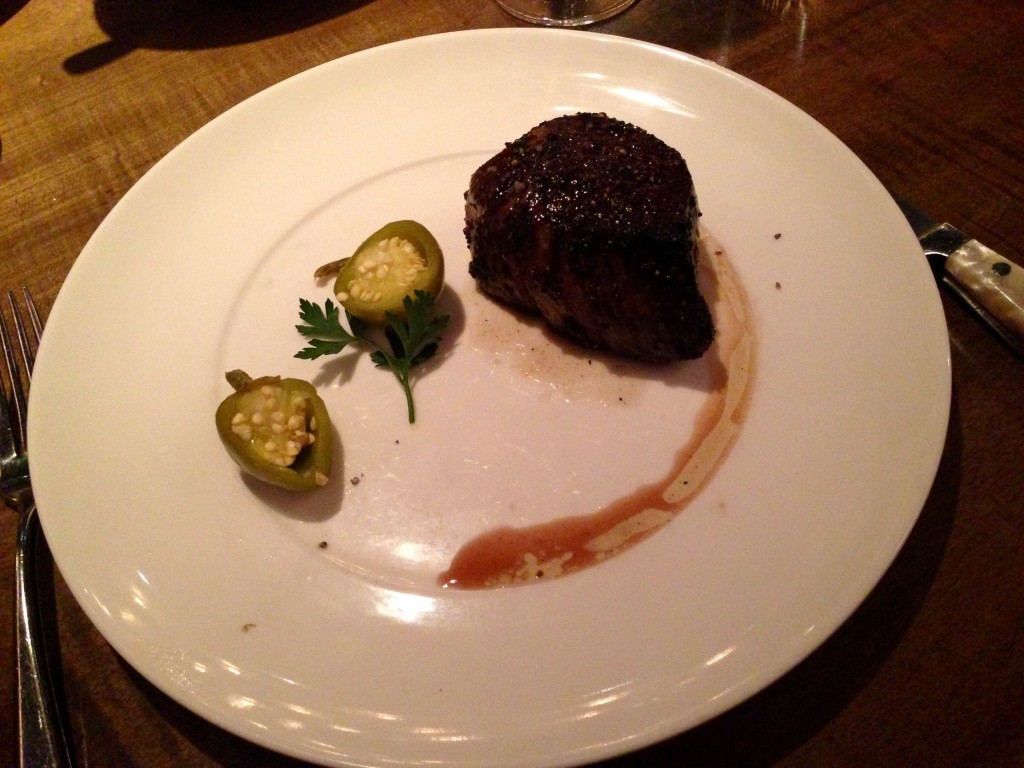 Sides are served a la carte so we chose two to share.  We ordered the Brussels Sprouts which were fried crispy and had a small hit of curry powder which added a unique flavor.  We both loved these and would highly recommend this as a side. 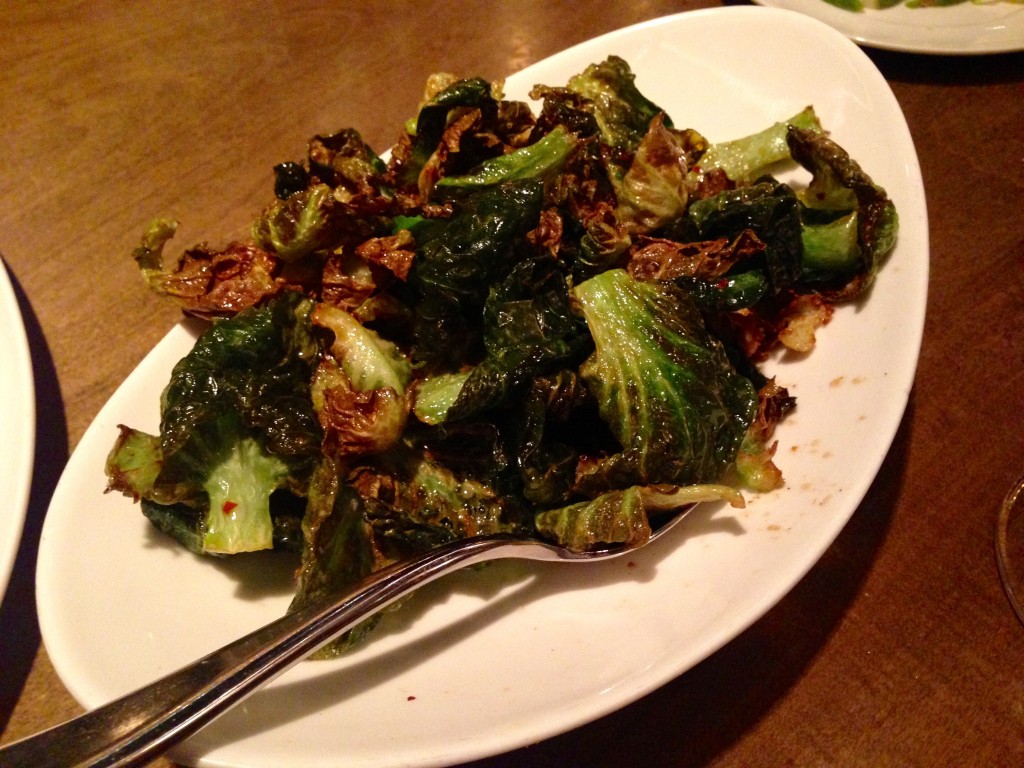 We also chose the Millionaire’s Potato which is something the restaurant is known for.  This side is a Double Baked Potato with Fontina and Black Truffle.  As our waiter so lovingly put it, this potato is not at all healthy but totally worth ordering.  The fontina cheese added a nice creamy richness to the potato and of course you can never go wrong with fresh truffles. 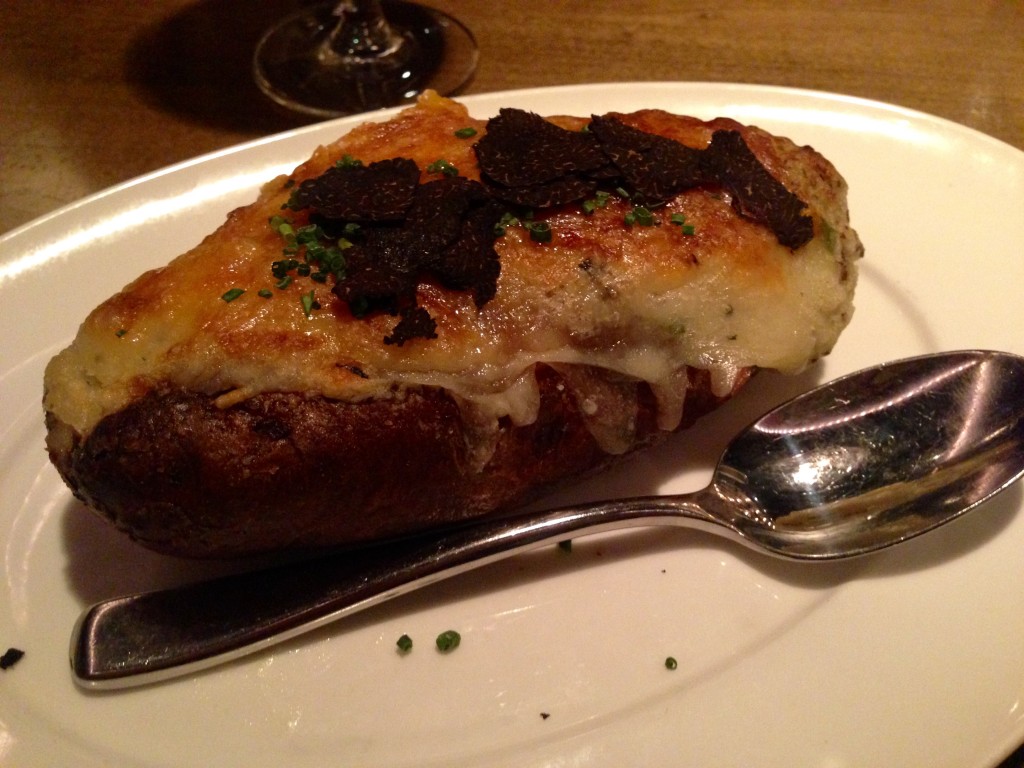 For dessert we were talked into the Baked Alaska which is prepared table side and definitely drew some curious looks our way. 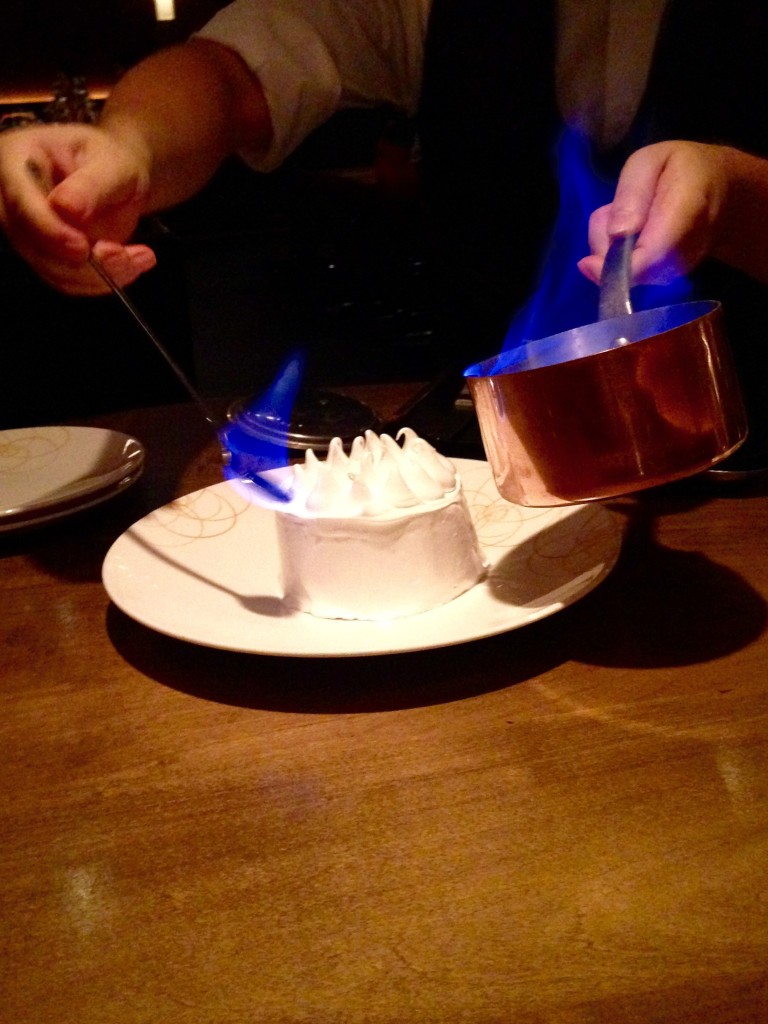 This was actually the first time either of us had ever tried Baked Alaska and we both really enjoyed it!  The dessert was made with Salted Caramel and Vanilla Ice Cream over Yellow Cake all covered in Meringue which is then flambeed by using Bacardi 151. 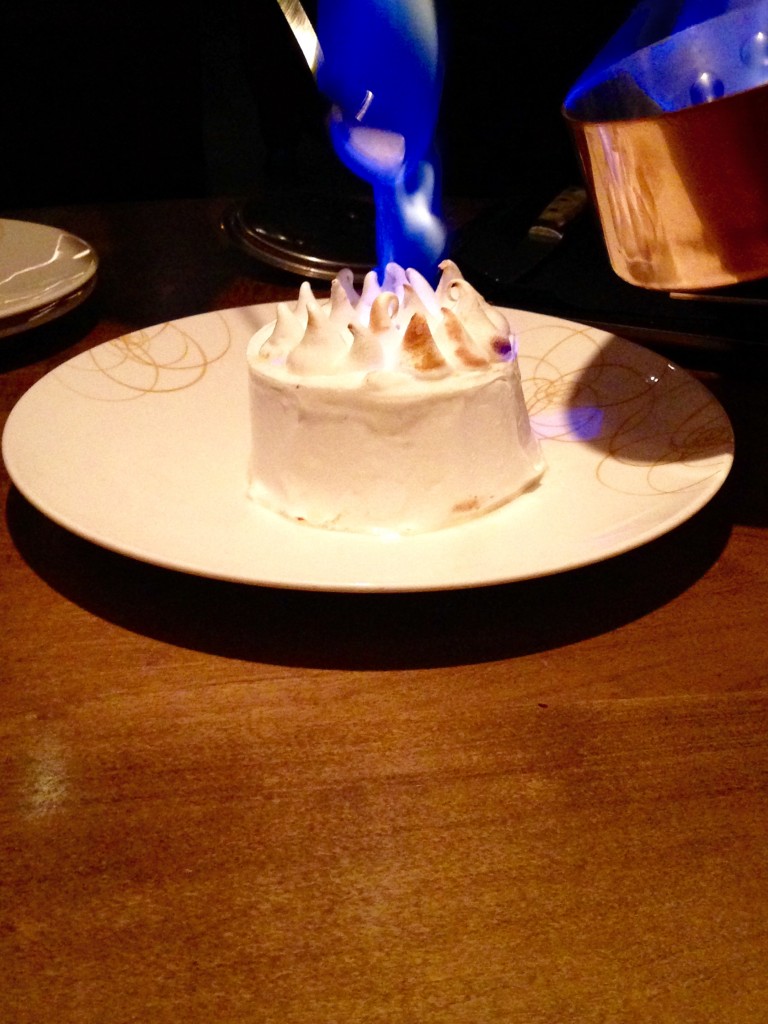 To make this dessert even more decadent there is a warm chocolate sauce poured over the top. 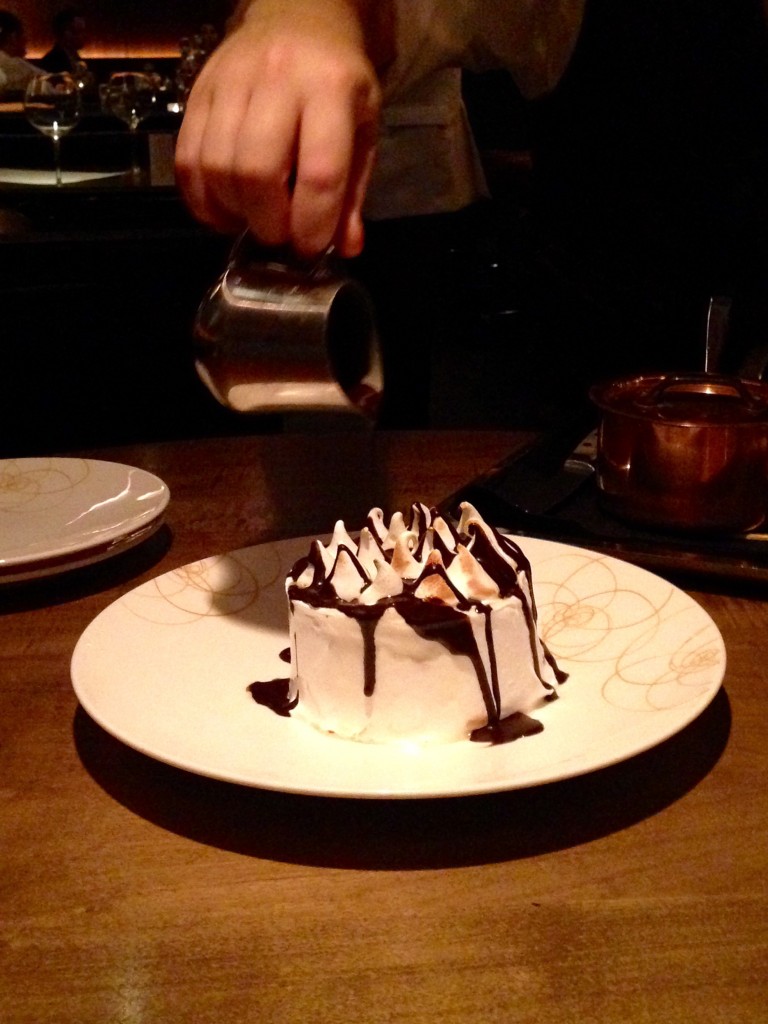 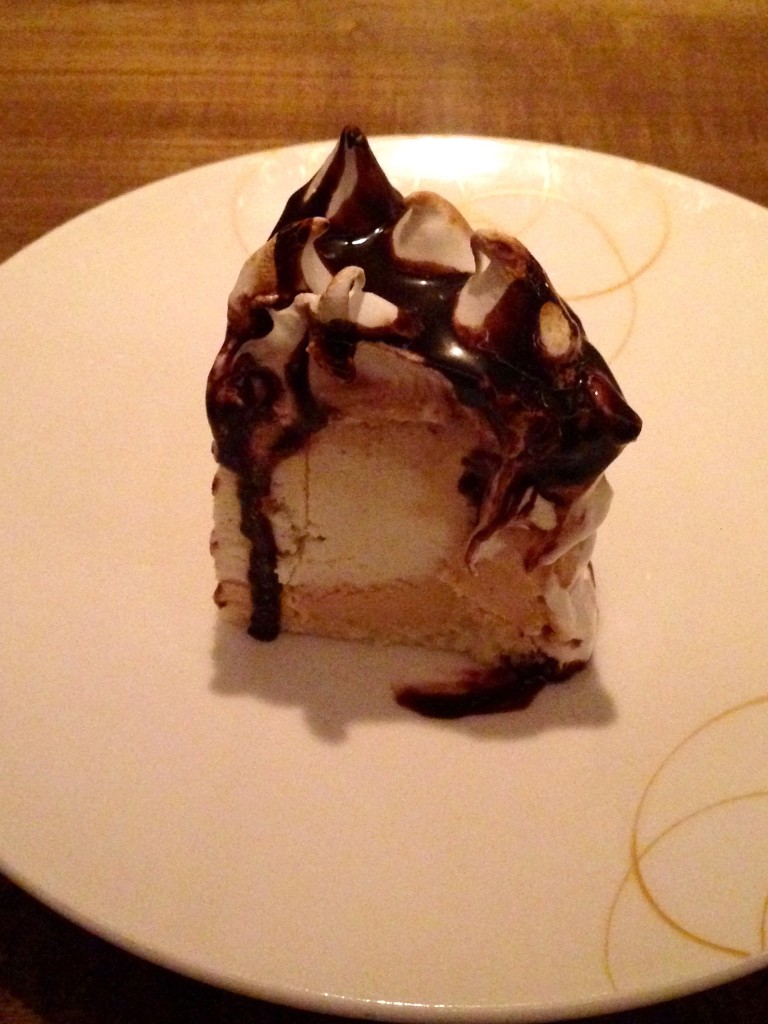 Overall we both loved everything we ate at RPM Steak.  With the abundance of steakhouses in Chicago it can sometimes be hard to choose who has the best steak.  After tasting the quality of meat at RPM, we both agreed that this tops our list of favorites.  Do yourself a favor and make your next date night reservation here.