When Dinosaur Bar-B-Que first opened in Chicago back in April, this New York based barbecue chain was the talk of the town.  All foodies and barbecue lovers anxiously waited in anticipation for the store’s arrival.  Kevin and I actually sampled Dinosaur for the first time at the Windy City Smokeout this summer.  We tried their BBQ Chicken Wings and potatoes.  We both LOVED the wings so knew we wanted to visit their restaurant sooner than later. 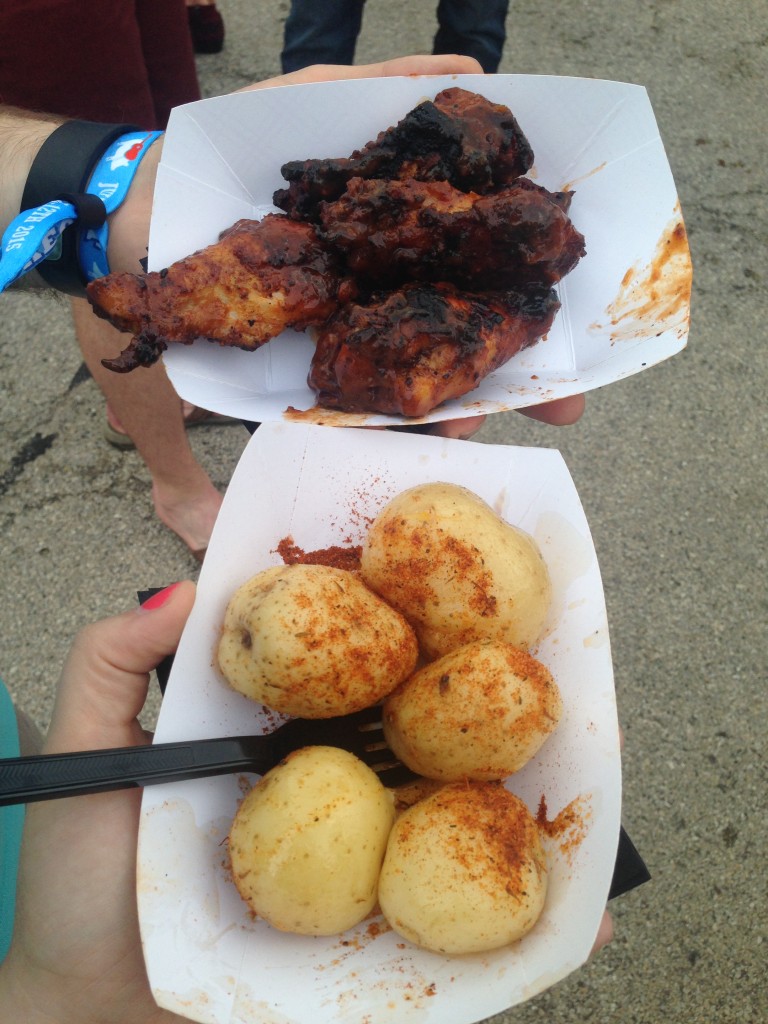 A few weeks ago we did just that and met up with some of our friends for a double date night. 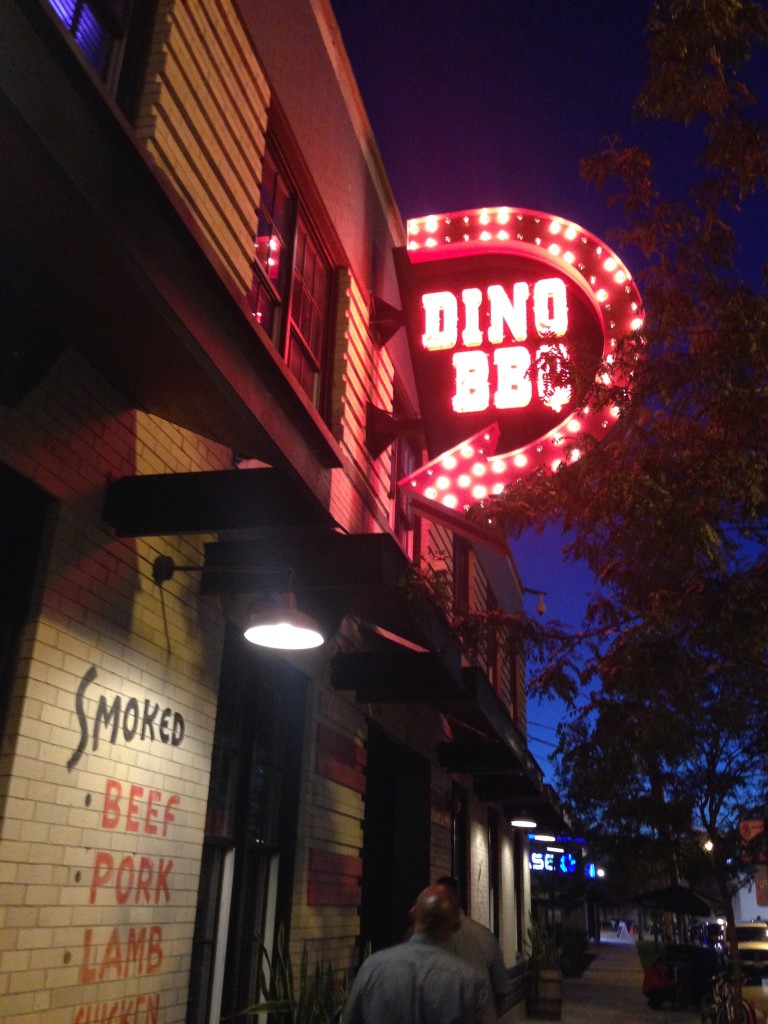 The restaurant itself is super casual and has a sports bar kind of feel with TVs everywhere.  They also have a space upstairs with live music on the weekends.

As for the food, the menu is rather large so it was hard to decide what to get.  My friend Beth and I basically ordered the same thing and each got the ‘Tres Ninos’ which comes with a petite sampling of Brisket, Ribs, and Pork with your choice of two homemade sides.  We both chose the Mini Iceberg Wedge with Bar-B-Blue Dressing and I went with the BBQ Beans while Beth ordered the Mac & Cheese.  We both enjoyed all of the meats on our plate with my favorite being the ribs.  The BBQ Beans were also good and Beth’s mac & cheese was awesome!  It was super creamy and the best thing I tried all night.  Unfortunately, the wedge salad was a HUGE miss for both of us.  We were expecting it to come with all the normal ingredients like blue cheese, red onion, etc. but instead basically just got a hunk of lettuce.  Next time I’ll pass on this side option. 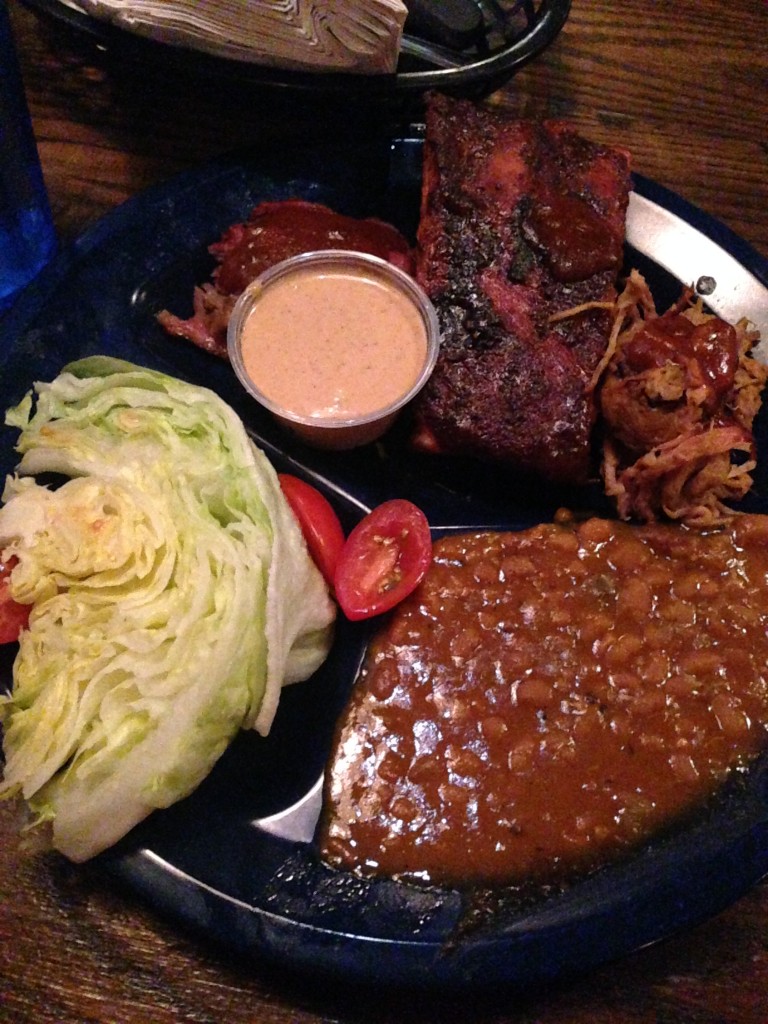 Kevin and Beth’s husband Adam both ordered the ‘Pick Two’ combo.  Kevin chose the brisket and St. Louis Ribs.  He absolutely loved the brisket and thought it was fantastic!  His also came with a choice of two sides which he chose the Collard Greens and the BBQ Fried Rice.  They mistakenly brought him Mac & Cheese but quickly rectified the situation and brought him a side of fried rice instead.  Lucky for me he got the mac by mistake because it turned out to be my favorite thing of the night.  He really enjoyed the greens but thought the fried rice was nothing to write home about. 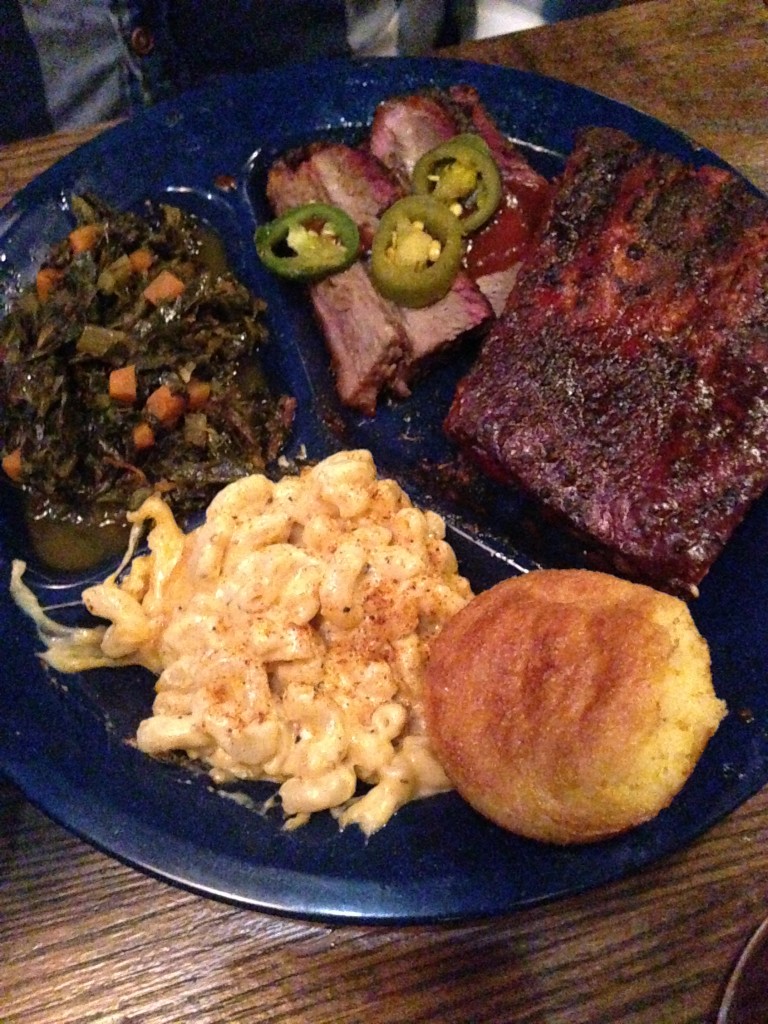 Overall I thought Dinosaur Bar-B-Que was just ok.  With all the hype it got I really was expecting more and was slightly disappointed.  While I didn’t think it was terrible, I think there are much better barbecue options in Chicago (here, here, and here).