When the new Hyatt Centric Hotel opened in Chicago’s Loop earlier this year, a popular new restaurant came along with it.  Cochon Volant is a French brasserie serving breakfast, lunch, and dinner.  Last week Kevin and I visited for dinner before seeing The Lion King.

Kevin was immediately drawn to the menu when he saw they served Charbroiled Oysters which we fell in love with in New Orleans a couple of summers ago.  We ordered four of these which were on the smaller side but full of flavor.  The oysters are topped with a Bearnaise sauce and Percorino cheese but the flavor of the oyster itself is still very prominent. 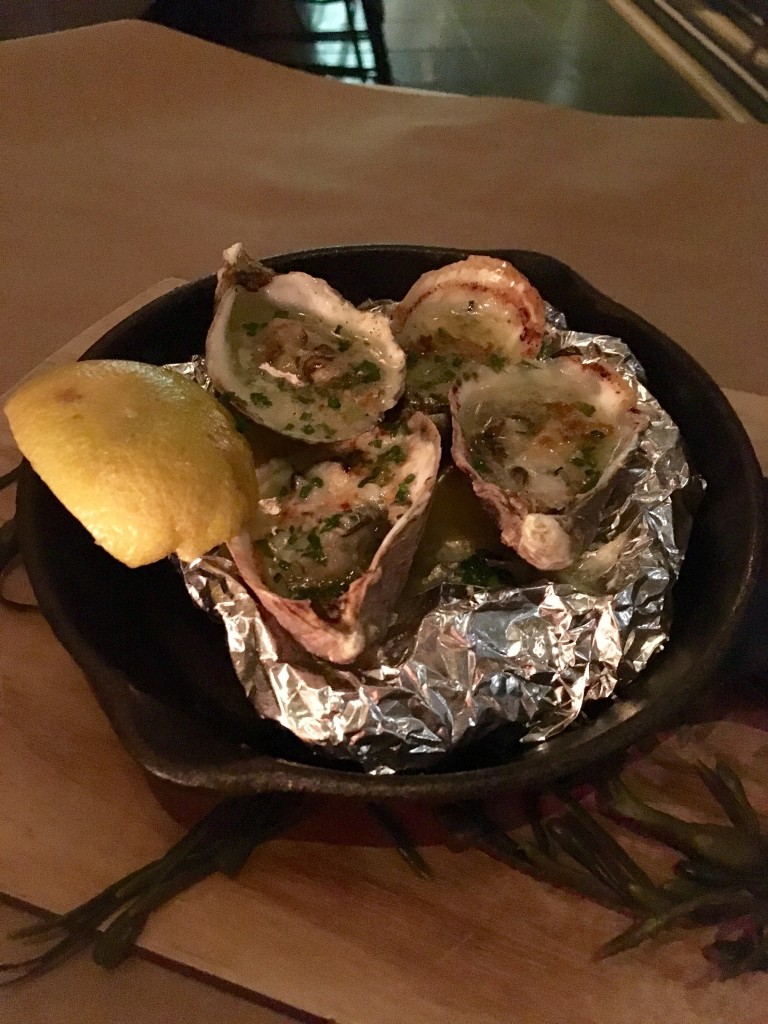 We have both heard great things about their Cheeseburger Royale with some people even comparing it to the famous Au Cheval burger.  While tempted to order the burger, our waitress highly recommended the steak and frites.  Kevin ordered the Steak Roquefort which is a Dry Aged Beef topped with Blue Cheese.  The steak is served with Hand-Cut Frites which came with a Garlic Aioli that I could’ve eaten with a spoon it was so good!  Kevin especially loved his steak which was cooked medium rare and served in a small cast iron skillet.  He was very happy with his decision to go with the steak over the burger.

I opted to go with the Whitefish served with Capers, Brown Butter, and Lemon.  The fish was light and flaky and was delicious with the briny capers and tart lemon.

We also ordered a side of Brussels Sprouts which were slightly spicy from the chili flakes on top.  I really have never met a Brussels sprout I didn’t like and these were no exception.  I especially loved the charred loose leaves. 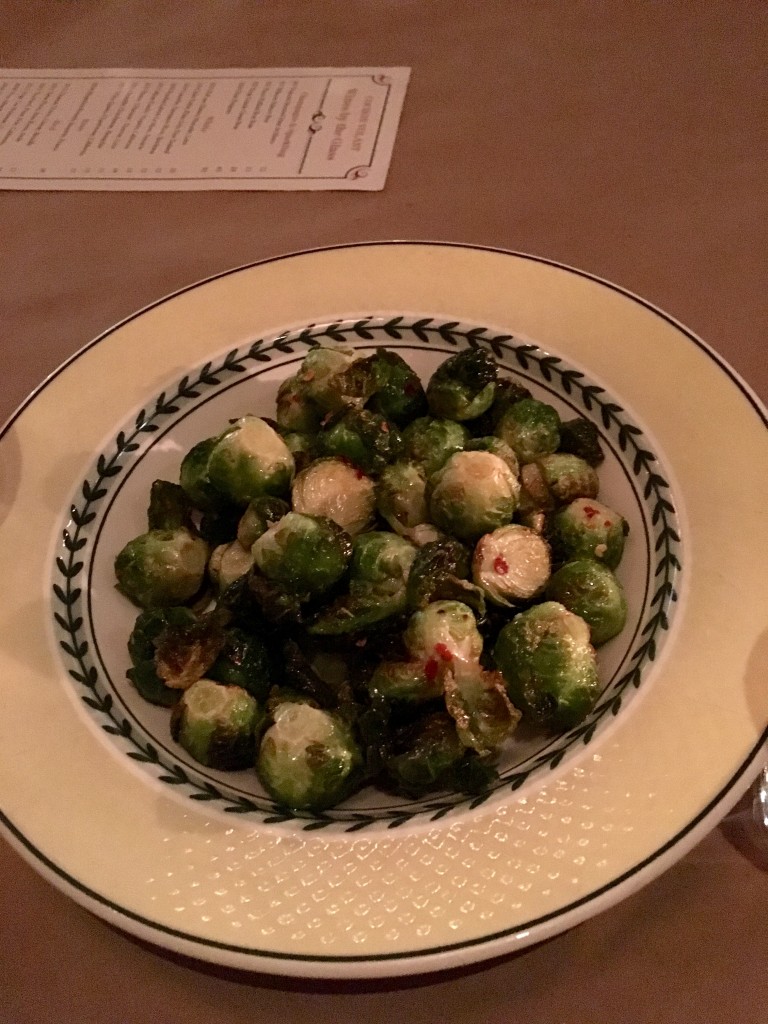 We had some time before our show so we ended our meal with a French Press coffee for Kevin and a hot tea for me.  Kevin also ordered a slice of Key Lime Pie which had no problem finishing. 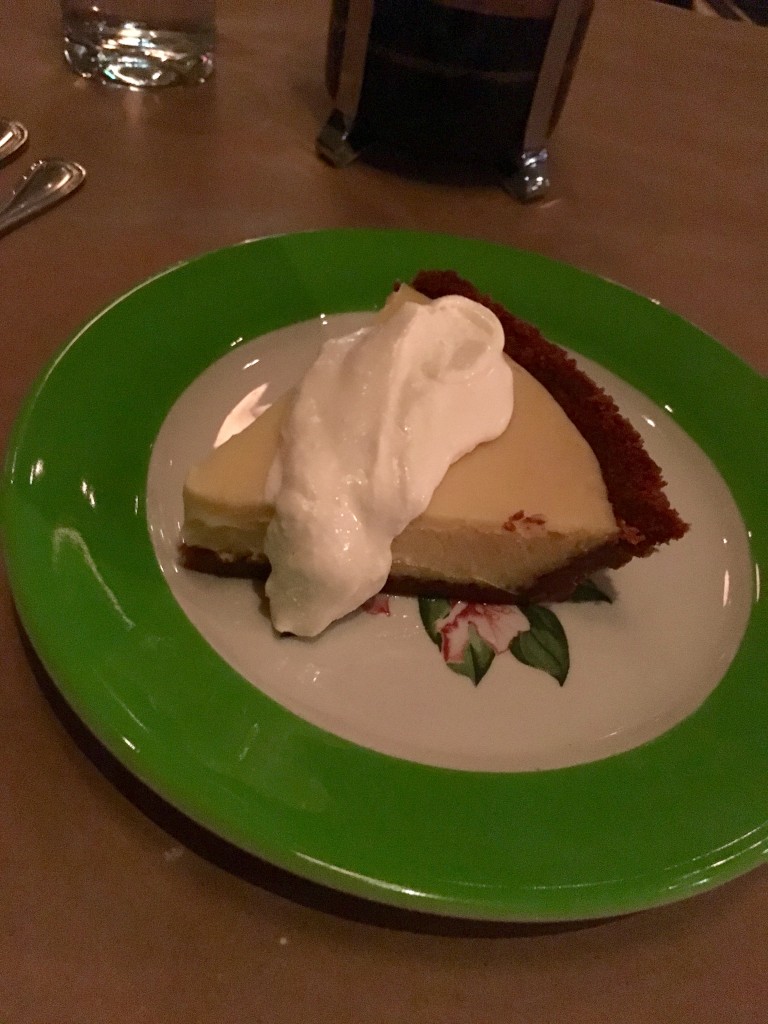 Overall we both really enjoyed our meals at Cochon Volant.  Because of the location in the heart of the Loop, this would be great for after work drinks with co-workers or a business dinner.  It’s also perfect for dinner before a show since it is located in close proximity to all of the theatres.