I hope you all had a wonderful Christmas!  We spent Christmas Eve and day with Kevin’s family this year.  We did so many holiday activities leading up to the actual day that we both agreed it didn’t actually feel like Christmas on Christmas.  I don’t know if it was the fact that we slept at our own house on Christmas Eve or the unseasonably warm weather we are having, but this year just felt different.  We still had a good day so I wanted to share with you a look at our Christmas this year.  I did a horrible job at taking pictures this year so I don’t have very many to share.

CHRISTMAS EVE | Kevin had to work so I finished wrapping gifts in the morning while watching more Christmas movies.  I got my nails done and picked Essie “Bahama Mama” with Essie “Beyond Cozy” as a party nail. 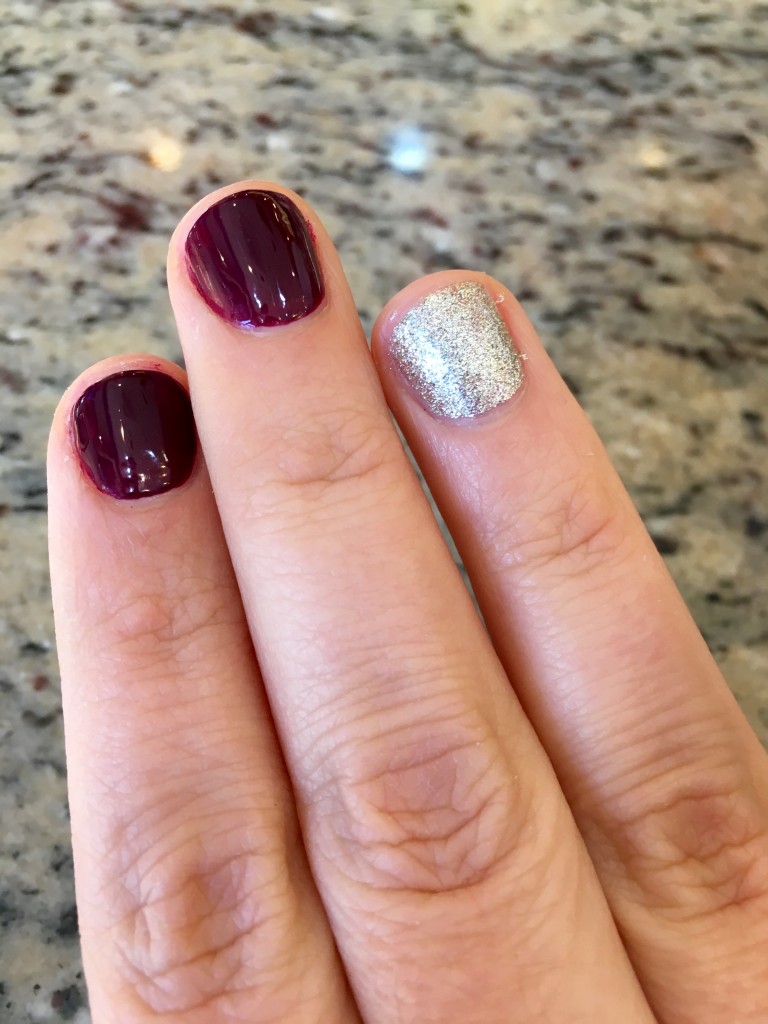 Later that afternoon we met Kevin’s parents at their church for mass.  Afterwards we went back to their house for dinner.  We watched Christmas with the Kranks and played some games. 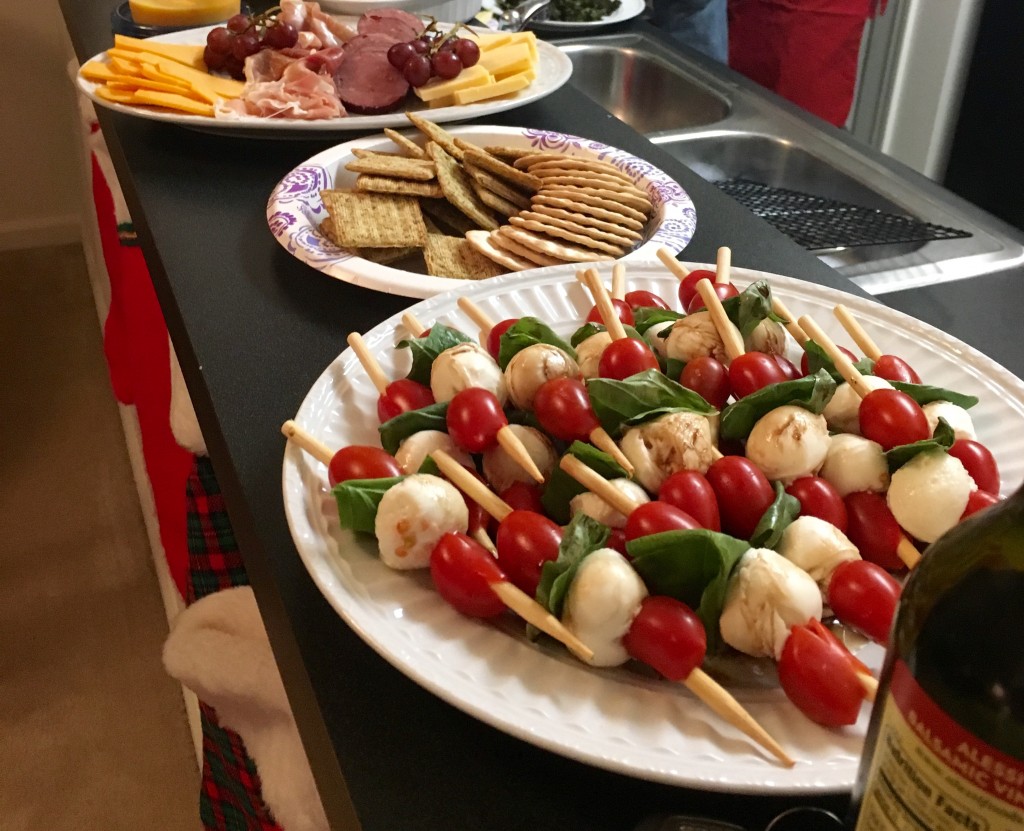 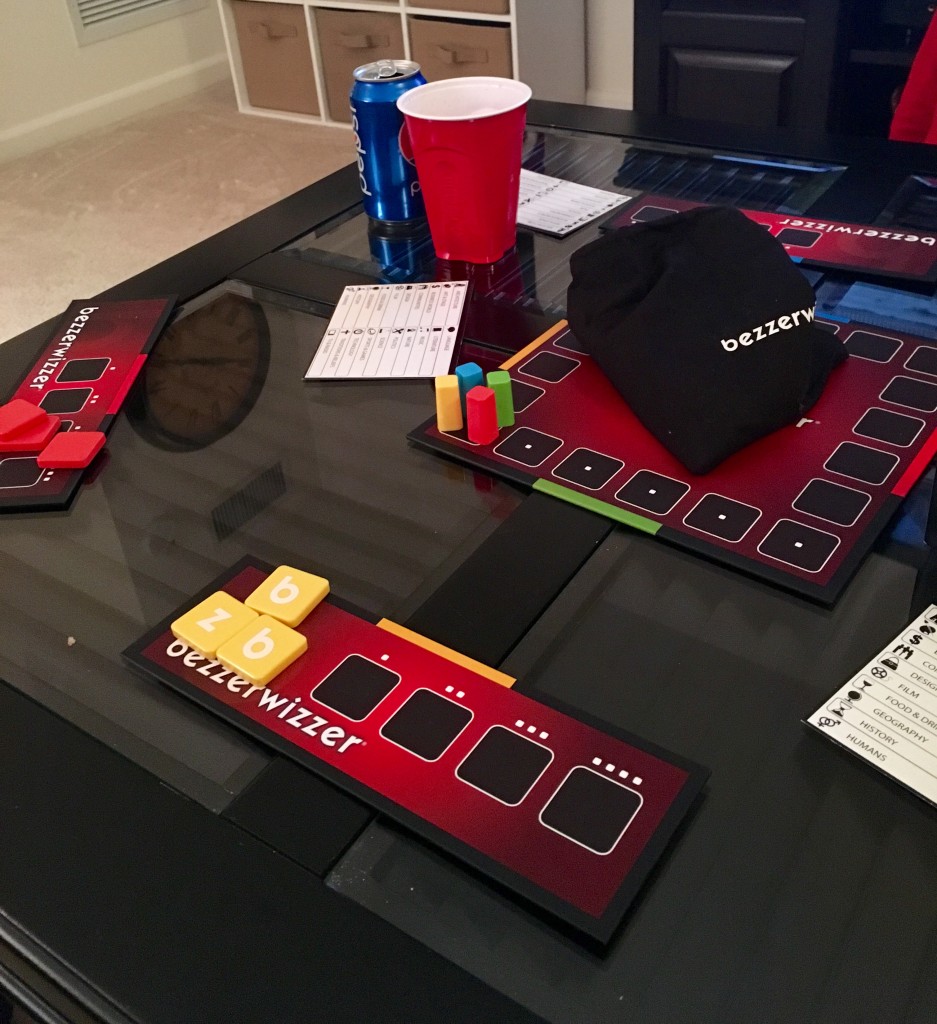 CHRISTMAS | Like I mentioned before Kevin and I woke up at our own house on Christmas morning which we have never done before so it just felt like a normal day.  I made breakfast: a veggie frittata, breakfast potatoes, bacon, fruit, and cinnamon rolls.  Kevin’s mom and dad came over and joined us for breakfast and we opened gifts together.  Later that day we went to Kevin’s aunt and uncle’s house for dinner.  We played more games and worked on a puzzle before heading home for the night.  We had a fun time visiting with his family! 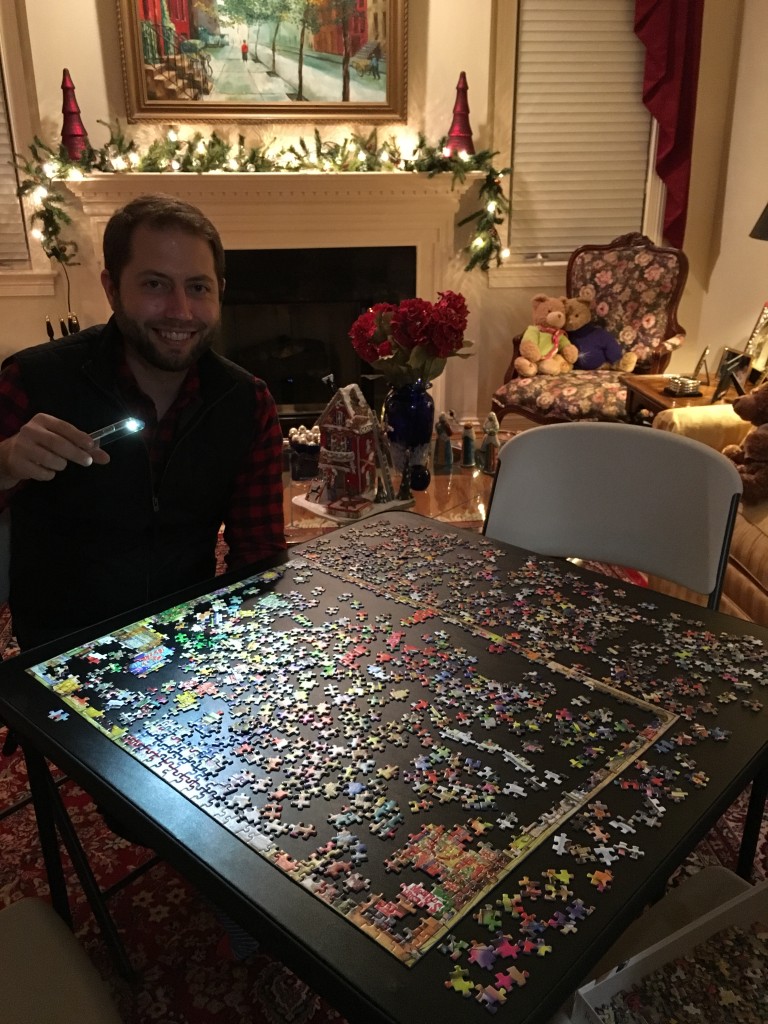 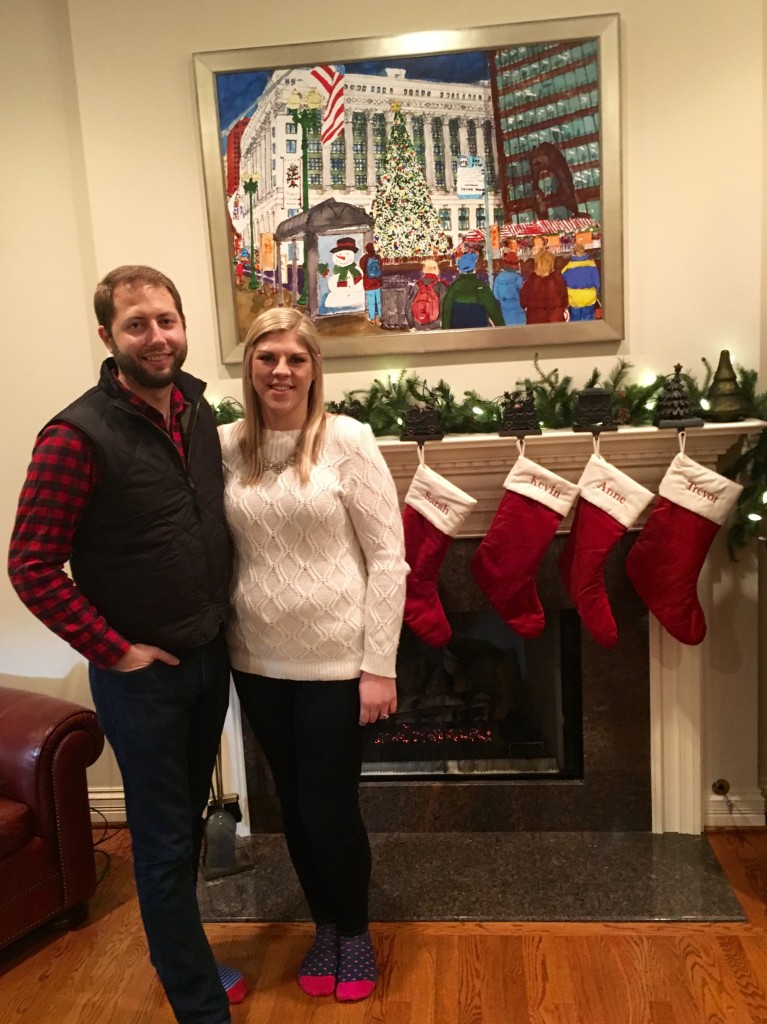 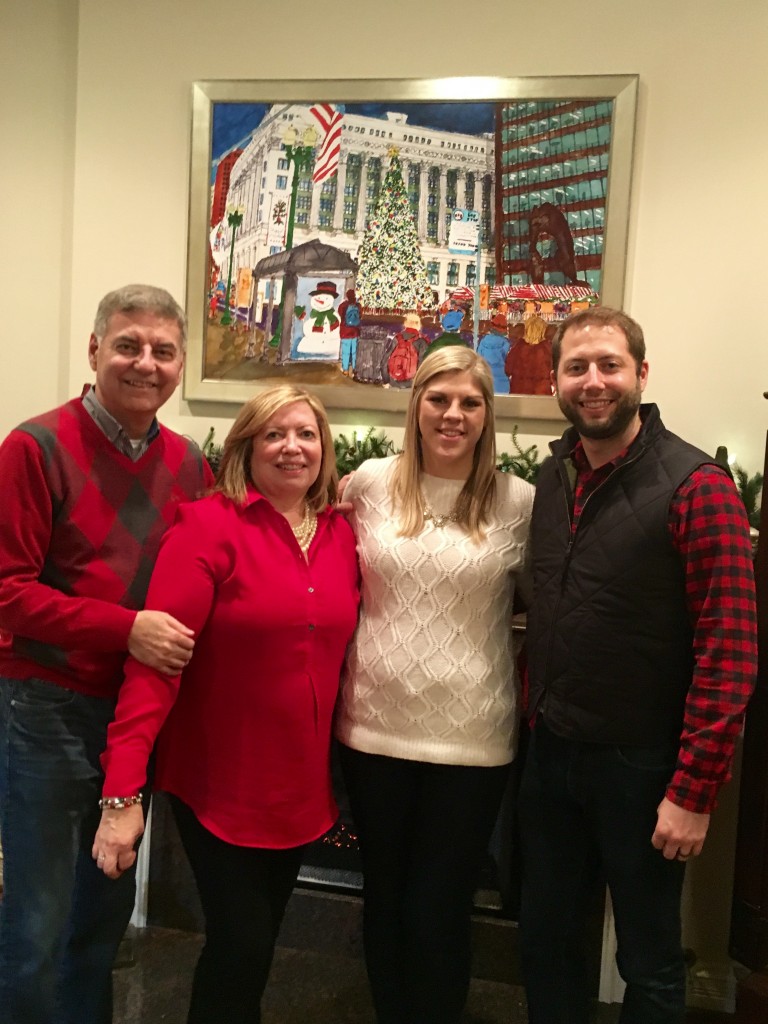 SATURDAY | It was a rainy day so we had a lazy morning and watched a couple of movies on Netflix before heading out for the day.  We went over to our friends Matt and Ashton’s house in the afternoon to hang out.  We looked at their wedding pictures and then walked around Naper Settlement for the Naper Lights which was fun.

We then went downtown Naperville and had dinner at La Sorella di Francesca.  I had grouper with sun-dried tomatoes and asparagus that was delicious! 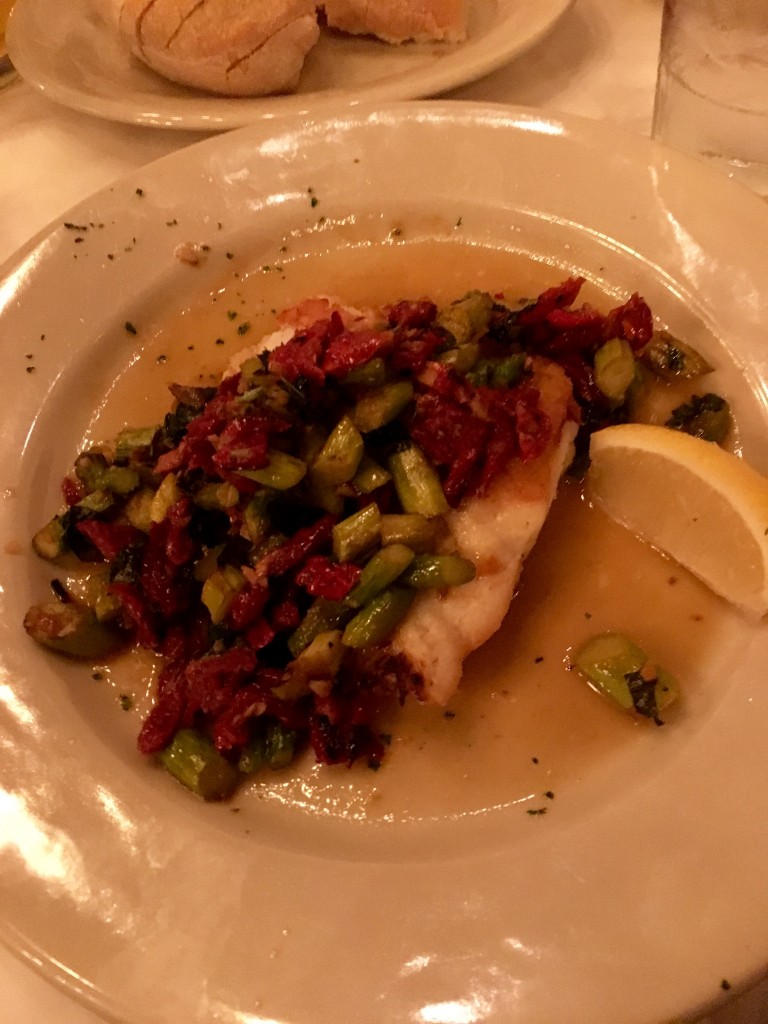 SUNDAY | We had church in the morning and then picked up Panera for lunch.  Kevin and I went to an afternoon movie.  We saw Joy which I really liked! 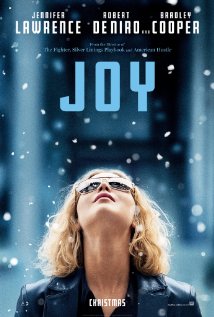 That’s a little look at our Christmas weekend.  My brother and sister-in-law are flying into Chicago on Monday morning so we are picking them up and then driving down to West Lafayette for Christmas with my family.  I’ll be posting a recap of our Christmas part two soon.