Stella Barra Pizzeria is the newest Lettuce Entertain You restaurant in Chicago which opened in late 2013.  Stella Barra’s original two locations are both in California – Hollywood and Santa Monica.  The Chicago location is located in the Lincoln Park neighborhood and is connected to another Lettuce Entertain you hot spot, Summer House Santa Monica.

We visited Stella Barra in early March with my sister and parents who were in town visiting.  In addition to the pizzas, the menu has small plates and salads which are all meant for sharing.  Our original plan was to only order pizza, but our waiter actually recommended that we order three small plates AND three pizzas for our group of five.  This seemed like way too much food so we opted to go for much less, but still ended up getting a couple of things in addition to the pizzas.  We started off with the Brisket and Pork Belly Meatballs which were to die for!  I don’t think they were quite Siena Tavern meatball worthy, but they were definitely delicious and we ate every last bite!

Next we ordered the Chopped Salad which I didn’t manage to get a picture of, but it was a mix of lettuce, cauliflower, tomatoes, chickpeas, salami, cheese, hot banana peppers, and Italian vinaigrette.  The peppers were spicy and added a nice bit of heat to the salad.

We ended up ordering two pizzas which was more than enough.  We even had a few slices leftover so I’m not sure why our waiter recommended we order three.  The boys ordered a traditional Pepperoni pizza and the girls went with the Butternut Squash pizza which had taleggio cheese, candied bacon, and fresno chilies.  Both pizzas were thin with a slightly chewy crust which is just the way I like my pizza!  The pepperoni was great but the butternut squash stole the show!  The mix of the sweetness from the squash and candied bacon with the spicy chilies made for a perfect combination and we enjoyed every bit of it! 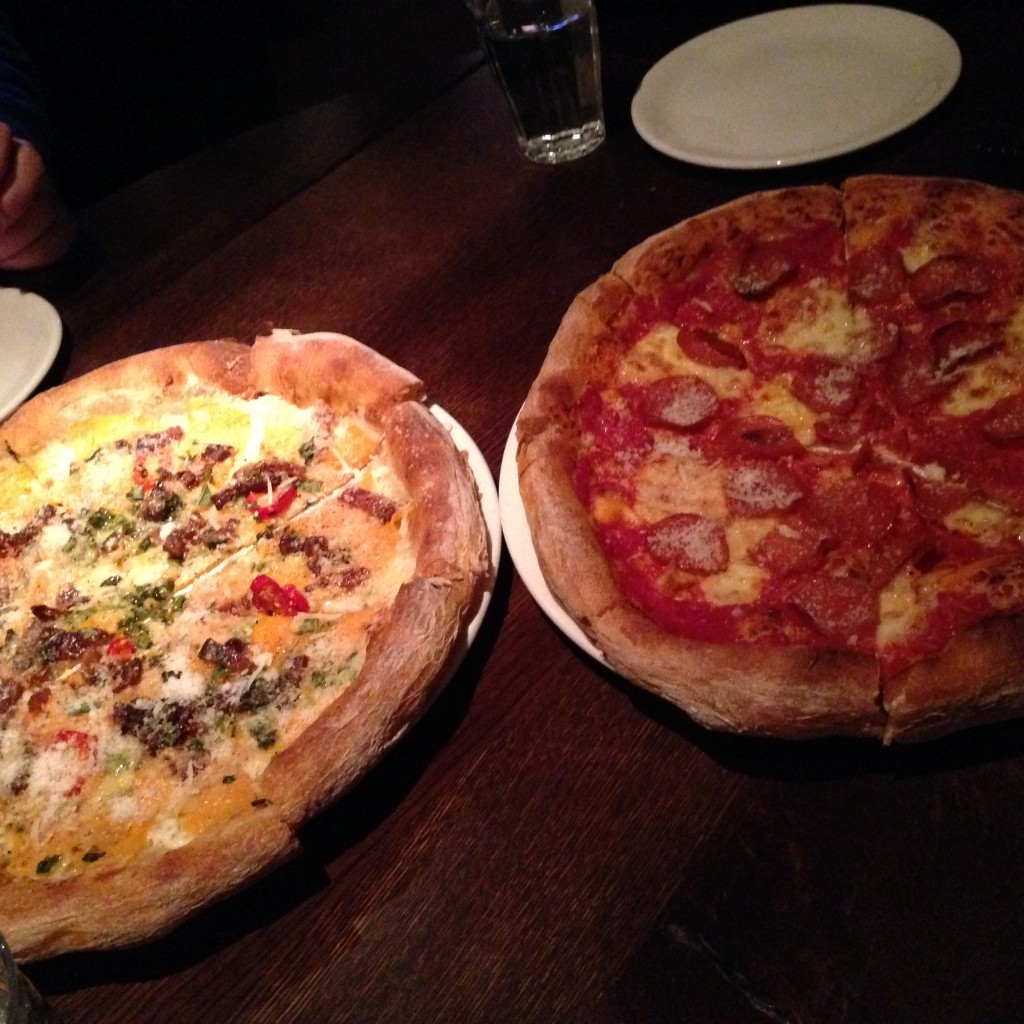 With Chicago being known for their deep dish pizza, I am always looking for places with great thin crust options as that is my preference between the two.  Stella Barra definitely did not disappoint and we will for sure being going back!