September 1st!  Can you believe it??  Where did the summer go?  I so enjoyed a relaxing Labor Day weekend and I hope you all were able to do the same.  Here’s what I was up to:

We had early dismissal at work on Friday since it was the day before a holiday so I took advantage of the extra time and went grocery shopping, did laundry, and cleaned the house.  We had a low key night in with Portillos chopped salads for dinner and started watching Orange is the New Black on Netflix.  We only watched the first couple of episodes but so far I like it! 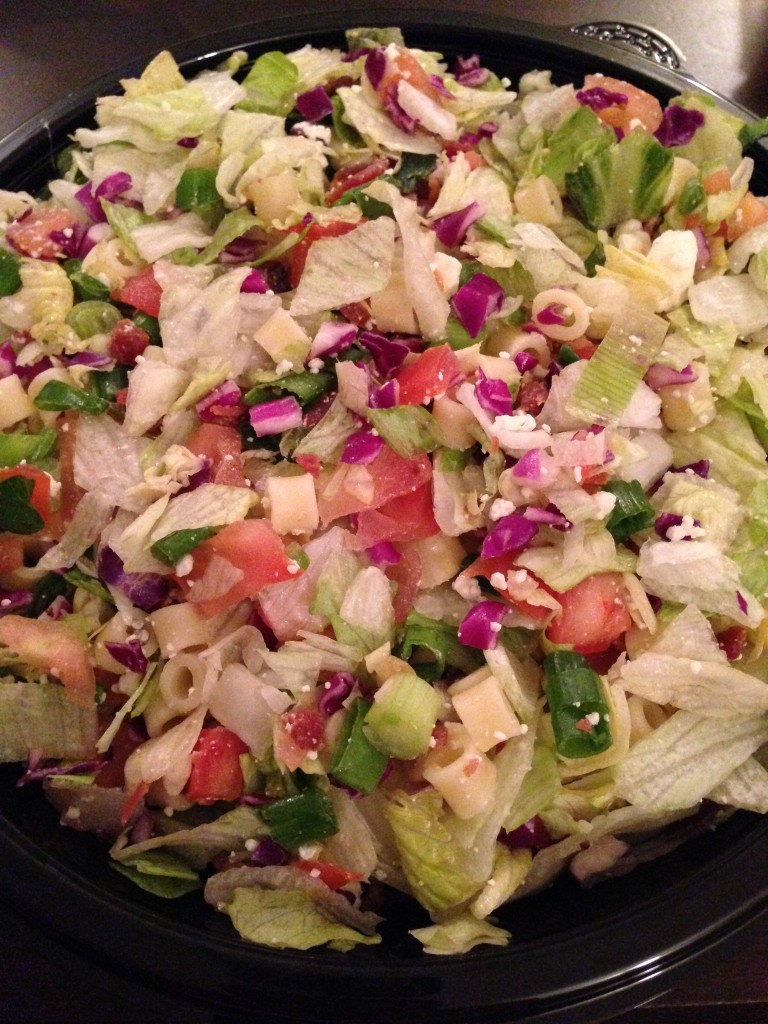 Saturday morning I headed to a new Greek yogurt and juice bar in our neighborhood called Fresko to pick up smoothies for breakfast.  I tried the goji berry and got Kevin the flax smoothie.  Both were really good and I look forward to trying it again! 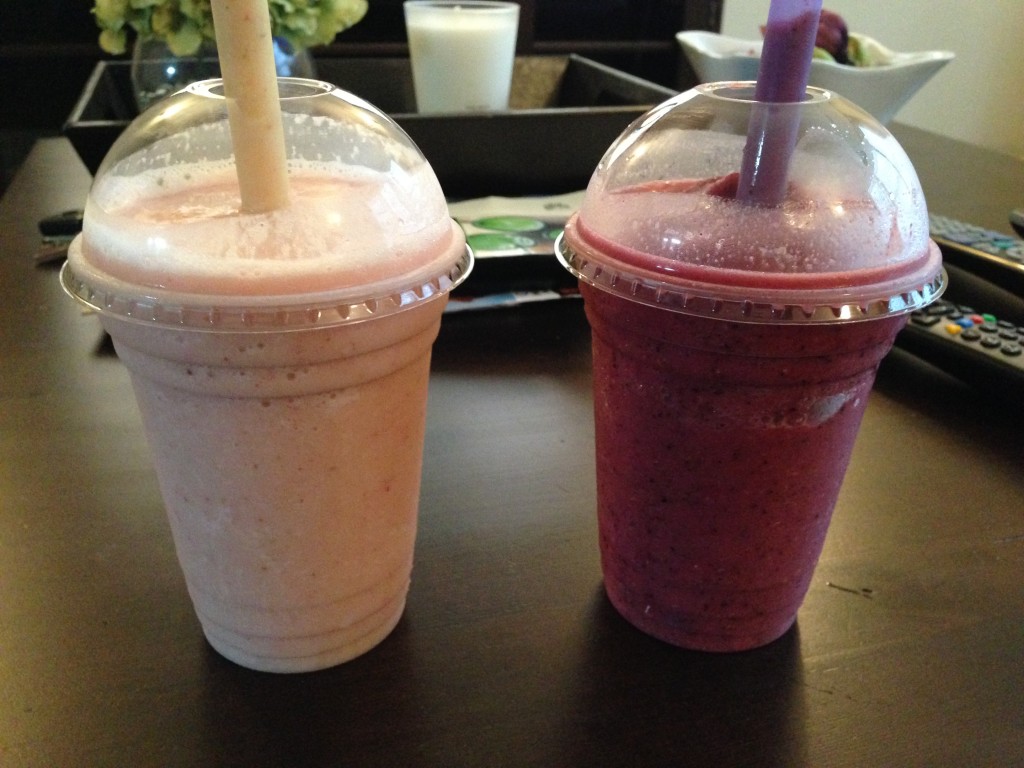 I spent most of the morning preparing food for our friends, Beth and Adam, who just had a baby a couple weeks ago.  I made BBQ pulled pork sandwiches, a caprese pasta salad, and chocolate chip cookies.  We watched the Purdue football game at home before heading over to their house to drop off the food and watch the Notre Dame game with them.  Kevin got to hold Clara for the first time too. 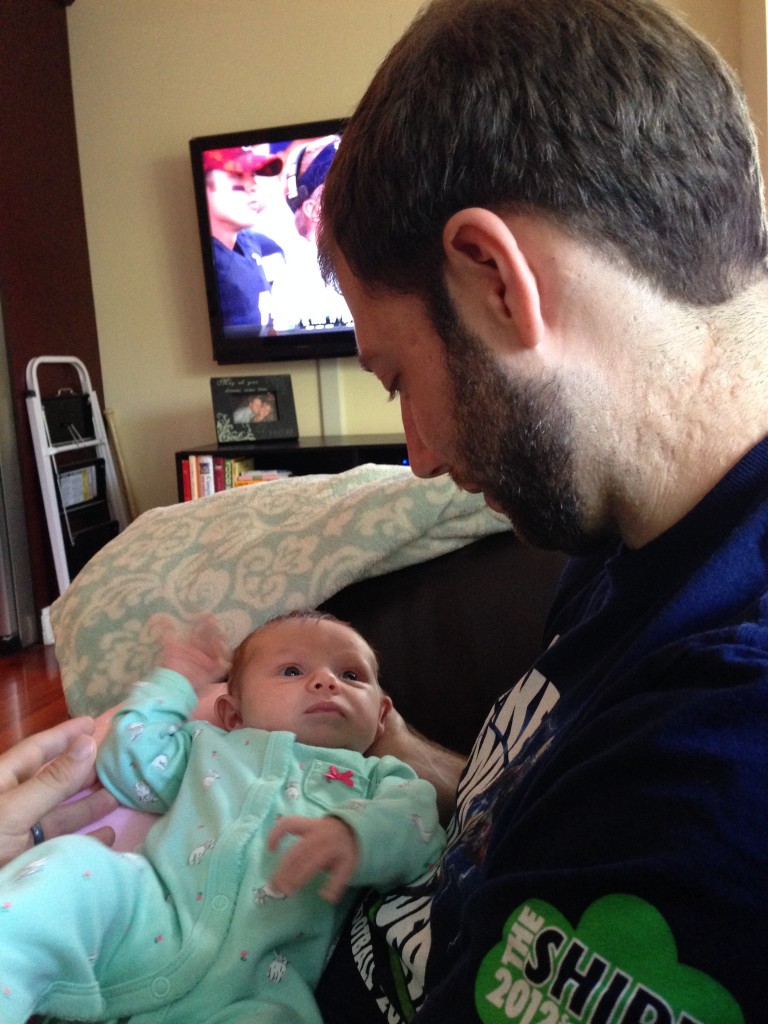 After the game we picked up some Middle Eastern food for dinner from Salam which we have been told by several friends that they have the best hummus and I must admit that it was pretty great! 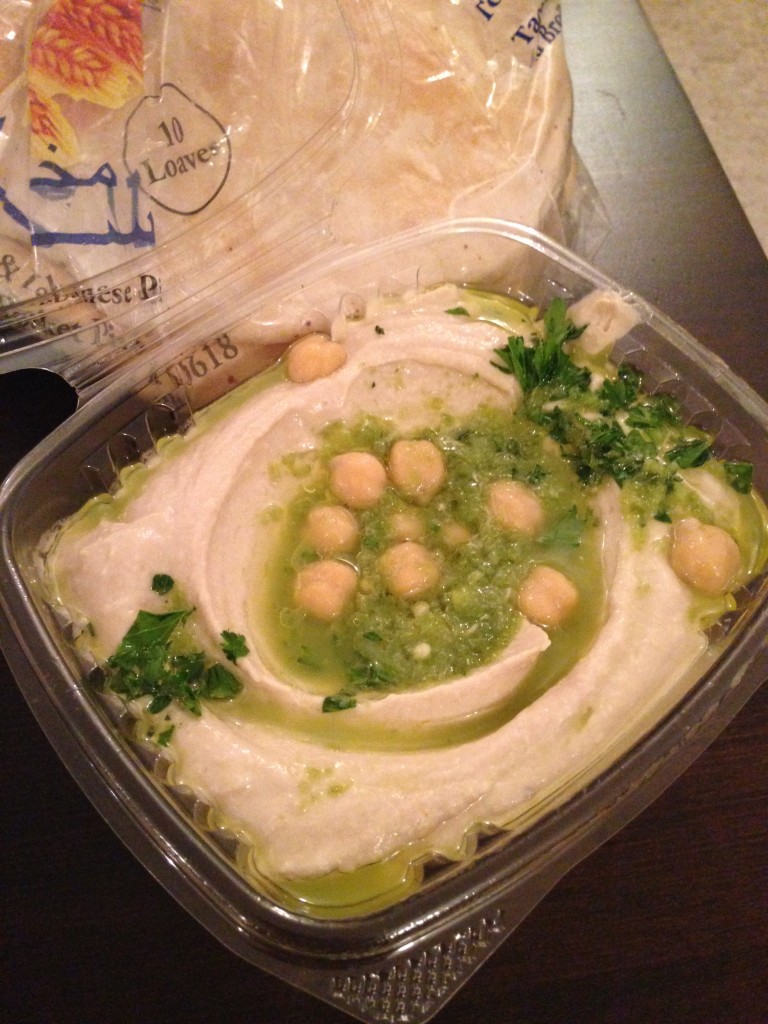 We grabbed our dinner to go and took it home to eat while we watched The Other Woman.  It was ok, but not as funny as I thought it would be.

Sunday morning we headed to church where we heard a great message about how suffering well will increase our thanksgiving.  It’s definitely hard to find joy in our sufferings, but as Christians we have hope in Jesus so can find joy and goodness amidst our trials.

After church, we stopped for brunch at one of our favorite casual spots down the street from our house called Poor Phil’s.  We’ve been many times for dinner/drinks but have never gone for breakfast.  We sat outside on the patio and I enjoyed some delicious breakfast tacos.

After brunch, we headed back home and I started watching Revenge on Netflix.  Kevin got an alert from Netflix on Friday that season three was available and I was so excited because I had been waiting since I finished season two earlier this year.  I also took a short nap which was glorious!

Later that evening we met my sister at Soldier Field for the concert we had been waiting for all summer: Luke Bryan! 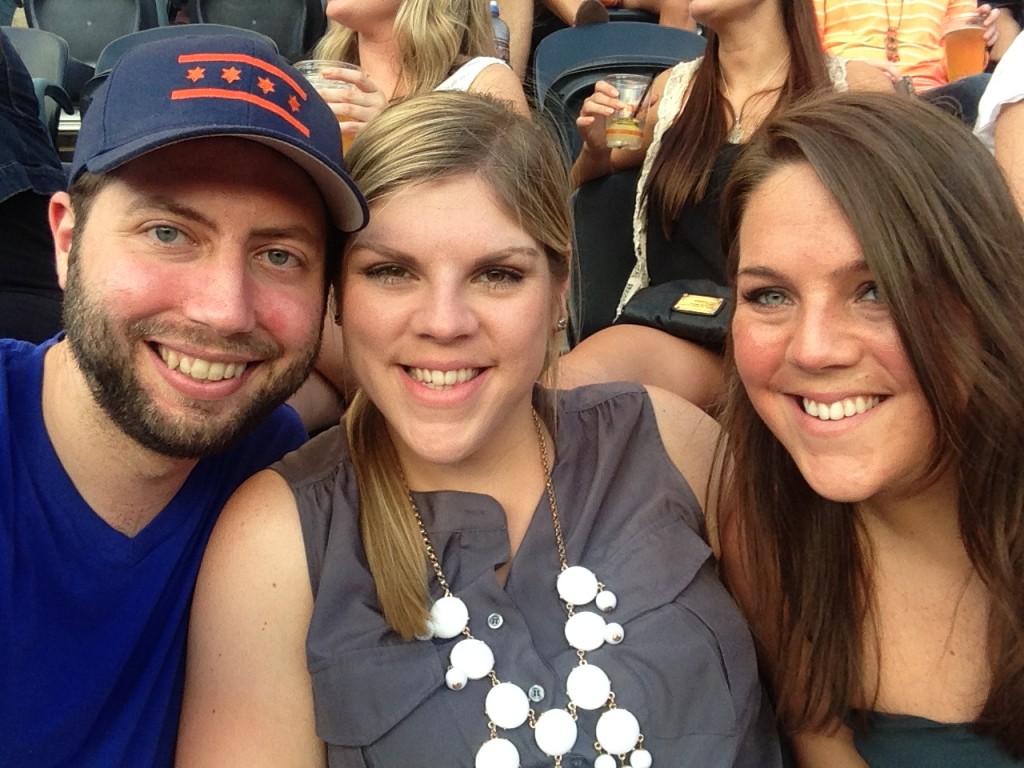 The night was packed with some awesome country artists: Cole Swindell, Lee Brice, Dierks Bentley, and Luke Bryan.  The show was absolutely amazing and one of the best concerts I’ve been to!  If any of these guys are back in the Chicago area next year, I will definitely buy tickets again. 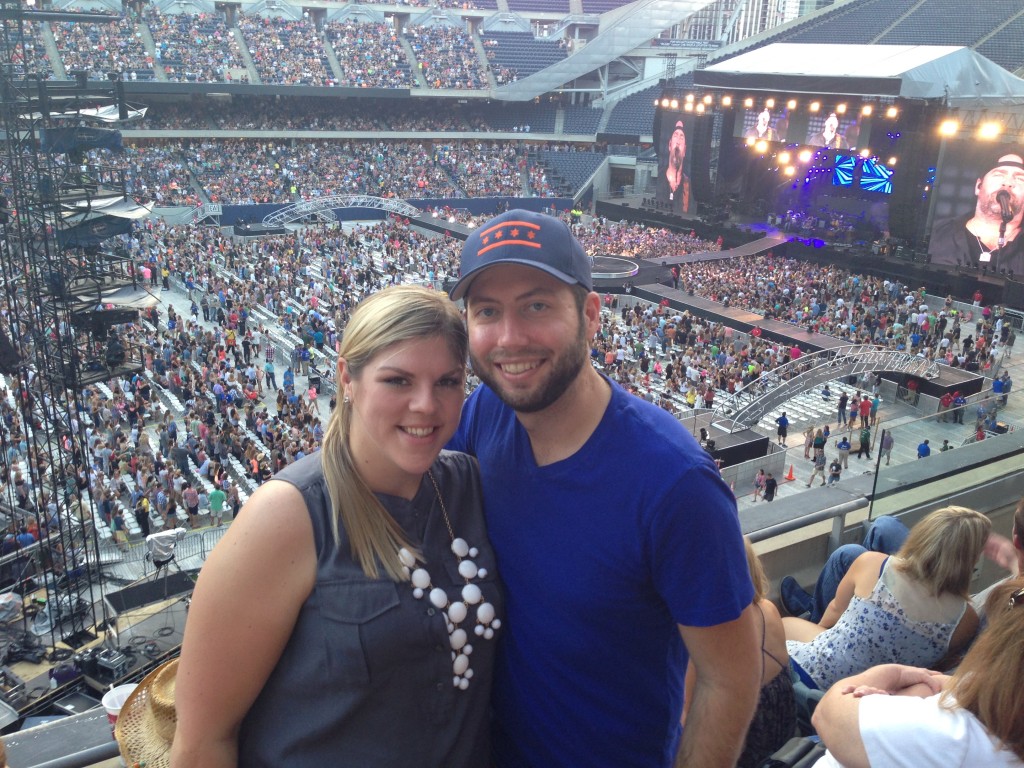 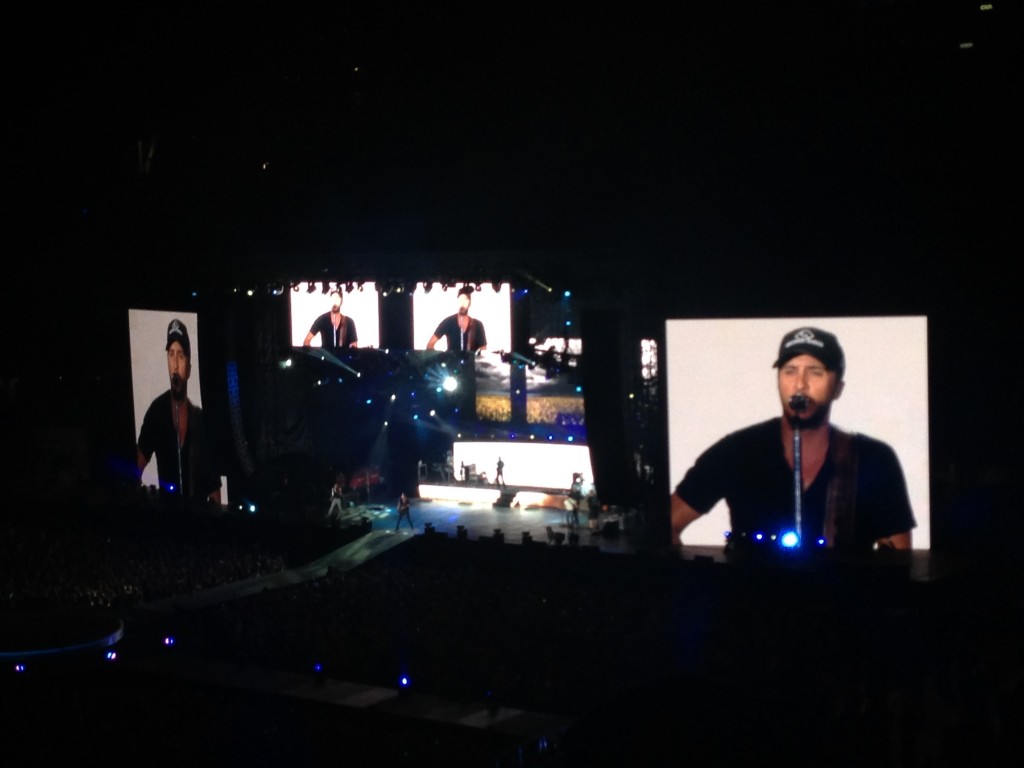 It was so nice having today off work especially after getting home so late after the concert last night.  I slept in a little this morning and then headed to Panera for some hazelnut coffee. 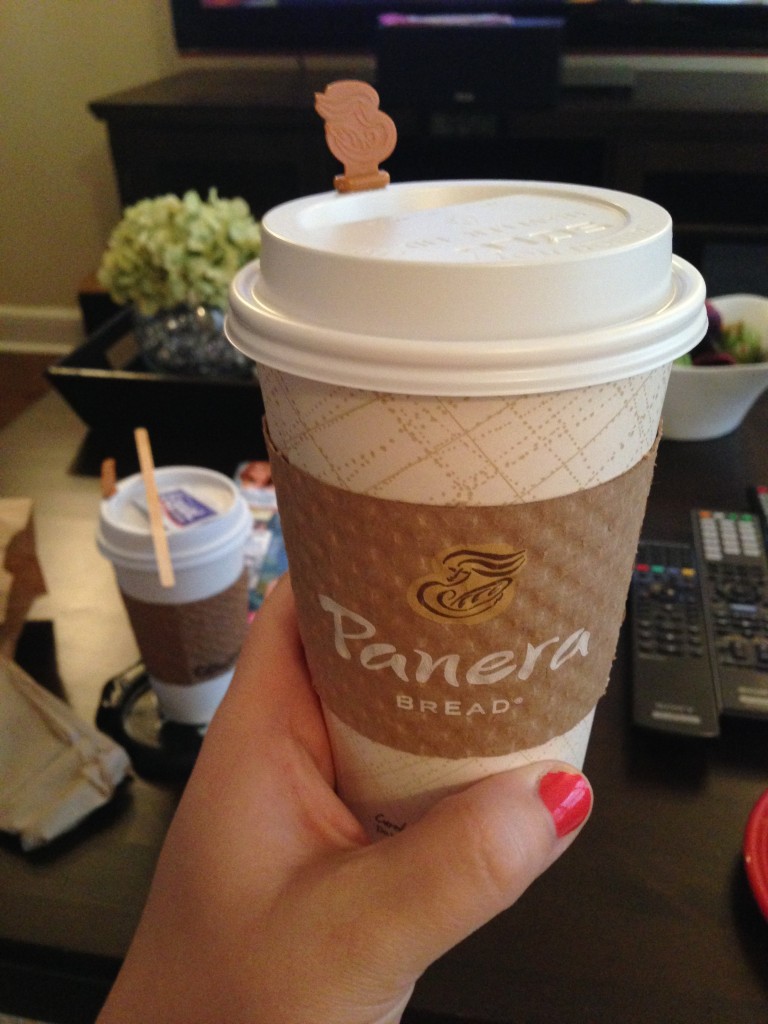 I laid low most of the morning and then went to the outlet mall to make a return and check out some of the Labor Day sales.  I basically only made it to two stores because it was so ridiculously crowded and the lines were miles long.  I did get some great deals at J Crew though and am excited for cooler temperatures to wear my new purchases!

I hope you all had a great long weekend too!

Linking up with Meghan and Biana.