Last Thursday, Kevin and I dined at Bavette’s for our anniversary.  After dining at some of Brendan Sodikoff‘s other creations like Cocello and Green Street Smoked Meats, I knew we would be in for a treat with this steakhouse. 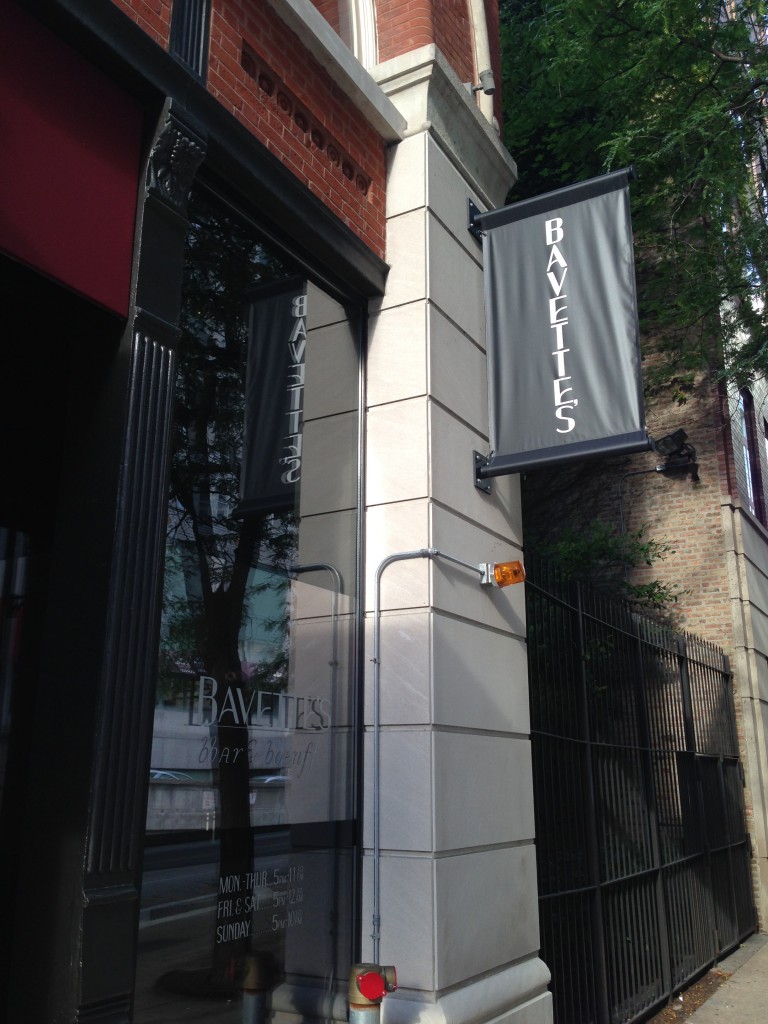 When we first entered the restaurant, the ambiance was the same as all of Sodikoff’s other locations – dark and rustic.  We were promptly greeted by our waiter after being seated and received some of the best service I’ve had at any restaurant.  We started with drinks and Kevin ordered a mint julep which was served in a traditional glass which I appreciated.

Bavette’s offers a great selection of seafood from their raw bar so we started with a half dozen Gold Creek west coast oysters.  The oysters were small and slightly salty accompanied with a delicious mignonette. 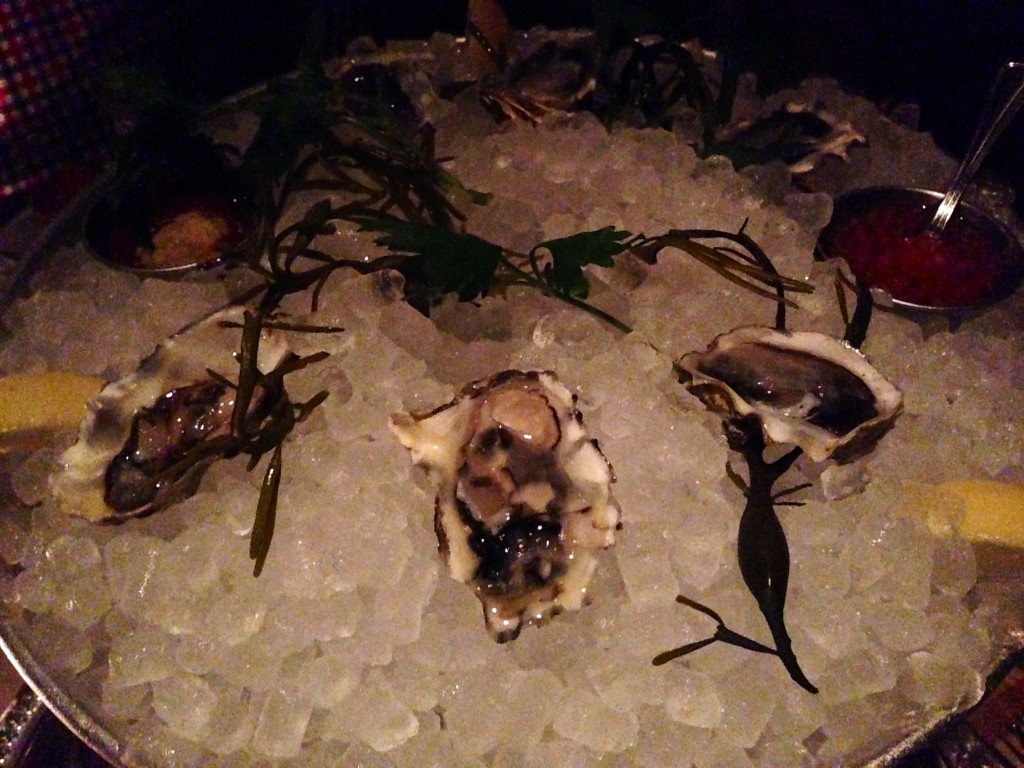 Next we decided to split a wedge salad which is typically what we do when we dine at steakhouses.  The homemade dressing was light with lots of fresh dill which I loved.  Unlike the crumbled bacon you traditionally find on a wedge salad, their version was topped with two thick cut pieces of bacon. 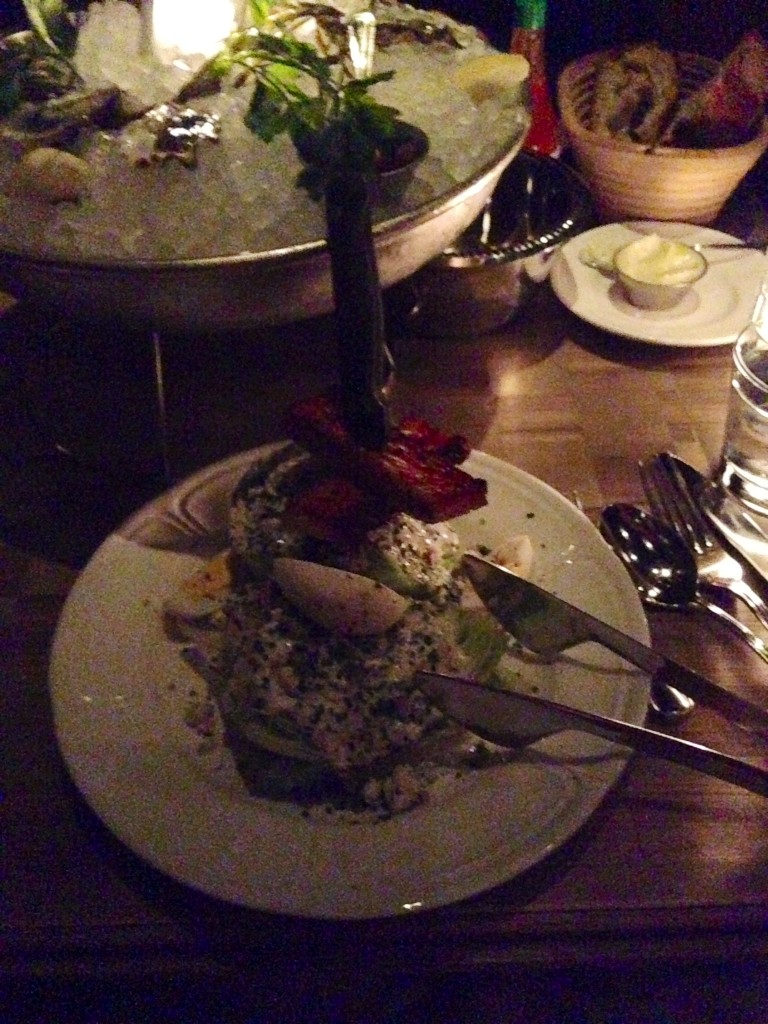 For our entrees, we each ordered the Petite Duchess Cut Filet Mignon.  The steaks were cooked perfectly medium rare and served with the most delicious roasted tomatoes.  The steak also came with a bearnaise sauce that was so good I could have eaten it straight with a spoon!

For our shared sides we chose the loaded baked potato and elote style corn.  The corn is not a typical side choice on a steak menu but it was so good and one I would definitely recommend. 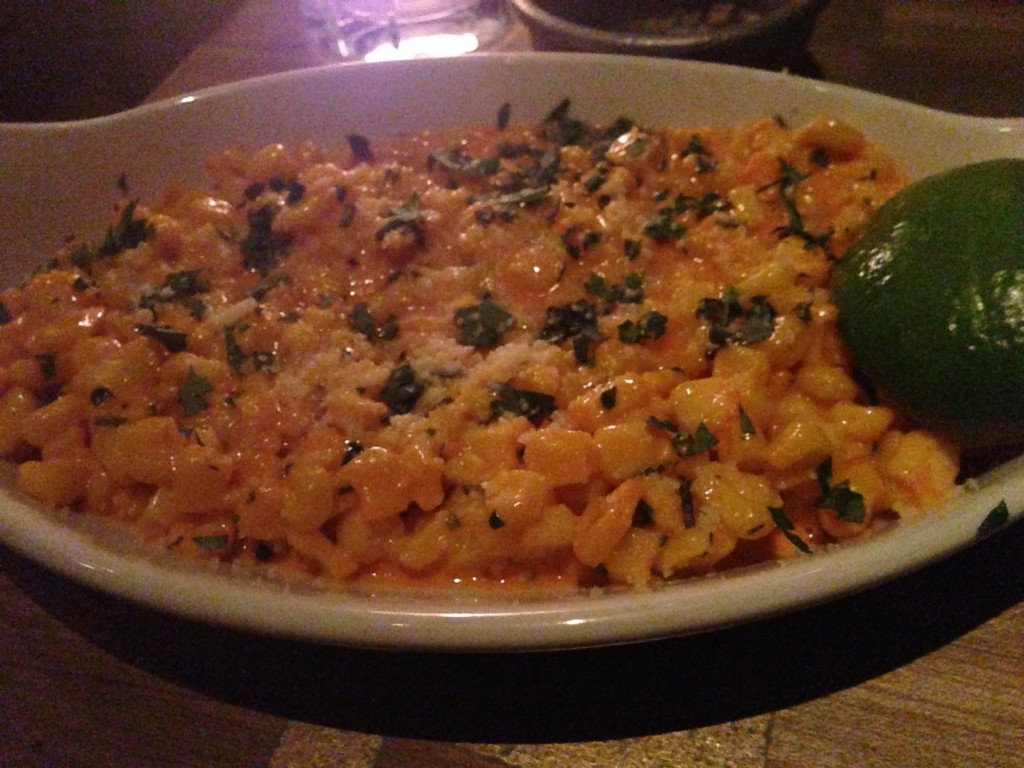 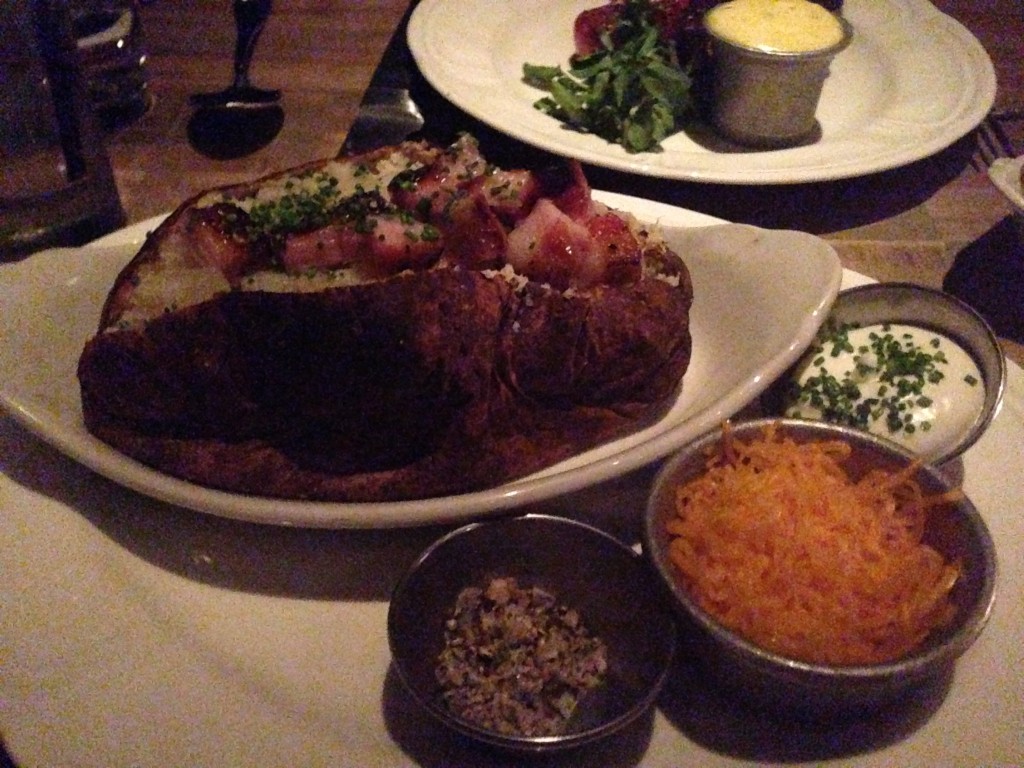 If you couldn’t infer by all of the food I just described we were absolutely stuffed and couldn’t even fathom the thought of dessert.  I’ve heard that their chocolate cream pie is amazing though so next time we will have to try it.

Bavette’s Bar & Boeuf was a great choice for our anniversary dinner and we were very impressed!  I highly recommend making a reservation for your next date night. 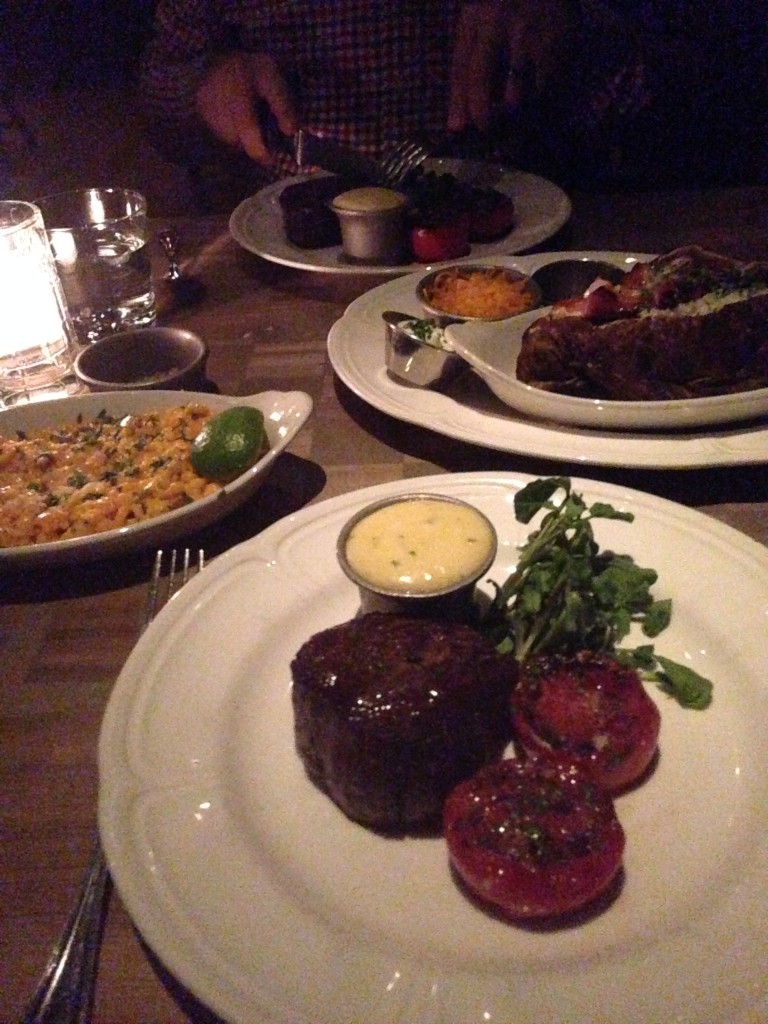